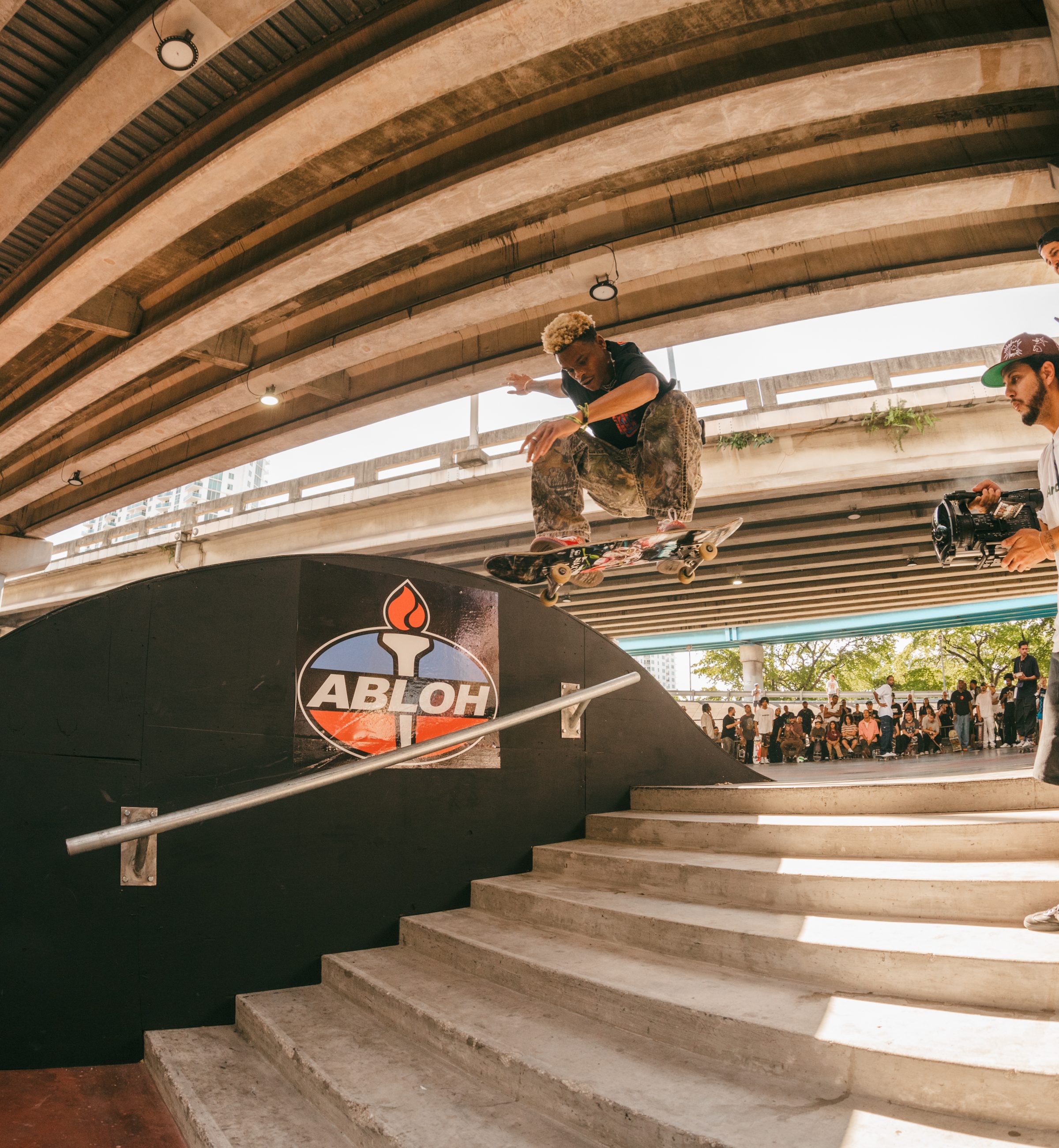 Before Off-White, and certainly before Louis Vuitton, Virgil Abloh was just a kid enamored with skateboarding. In her recent interview with GQ, Virgil's wife Shannon Abloh divulged that “Skate was the first thing that he really fell in love with as a child. It influenced so much of his design practice and who he was as a person.” In keeping with this nascent fascination, this year's Art Basel was capped off with the first annual Abloh Skateboarding Invitational. The event, hosted by skaters Eric Koston, Theotis Beasley and artist B. Brendan Fowler, took over Miami’s Lot 11 Skatepark with an obstacle challenge, open skate session, cash for trick and a professional skateboarding demo.

We caught up with a few of the skaters and attendees to hear about the significance of the event. 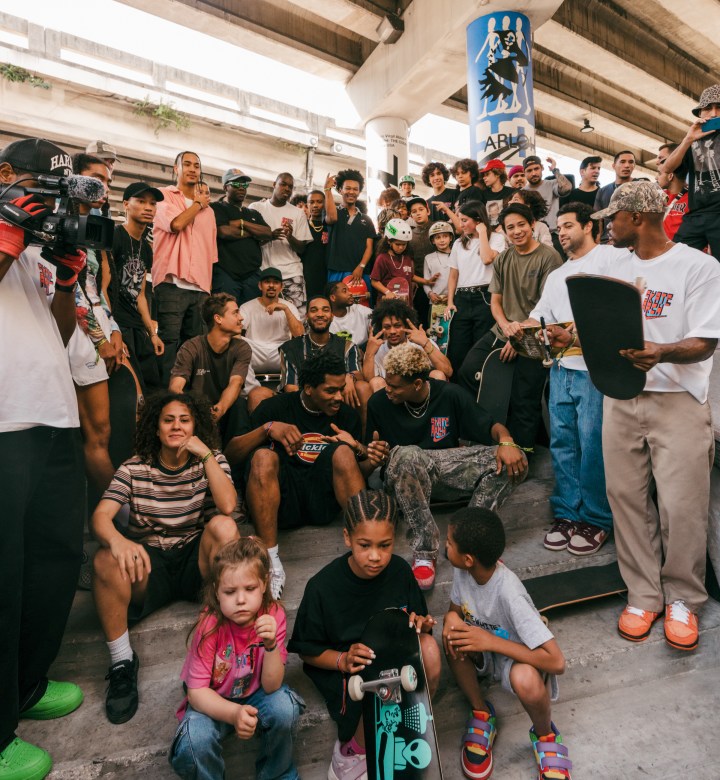 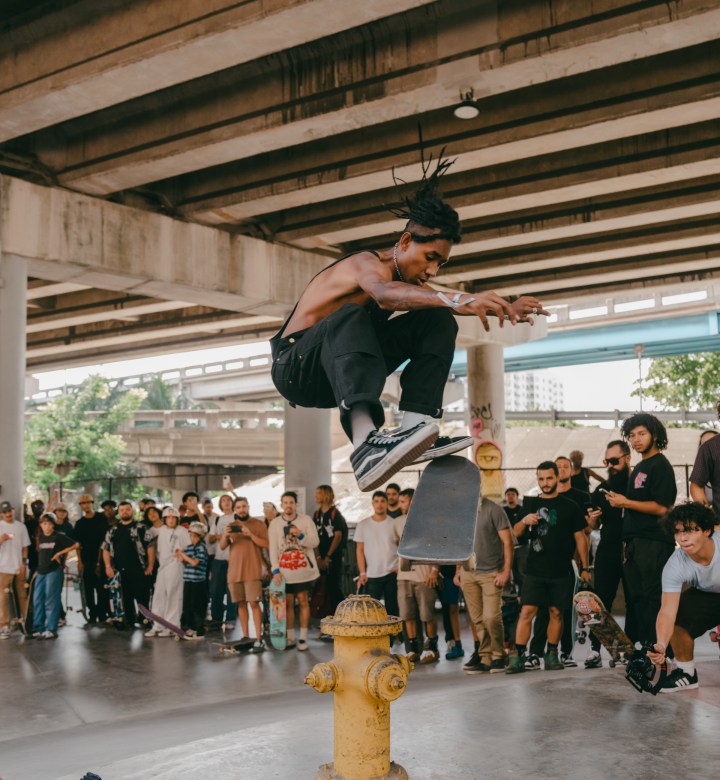 From the skaters who competed to those who simply attended the event to celebrate, an ever-present admiration of Virgil was ubiquitous.

Kevin White aka @jumpmanblanco gave us a warm remembrance: “Man, it’s an honor to be involved in anything in celebration of Virgil’s life and the impact he’s had on all of us, for real. Last year I was in Brazil and he asked me to walk the runway in Miami at Art Basel, and I said hopefully there’s a next time—due to me just landing in São Paulo a few days before. And a few days later he ended up passing away," Kevin recounts, turning to light: "So now being involved with anything that has to do with him, it’s a blessing. Because he said 1000% there would be a next time. And these are the next times, so I’m super thankful for him and everyone who puts these things together in honor of him."

Jadeja McFarlane, the man behind the Adventures of Grim Reaper J, shared a similar sentiment:

"It was a blessing to be there celebrating Virgil’s legacy. He was a big inspiration for me, so for that to be the first one and to have so many homies involved was beautiful to see. The event was filled with love and I just know if Virgil was still here, it would’ve brought him so much joy. Hands down my favorite event I attended all Art Basel weekend. We’re gonna keep celebrating him too. It doesn’t stop here." 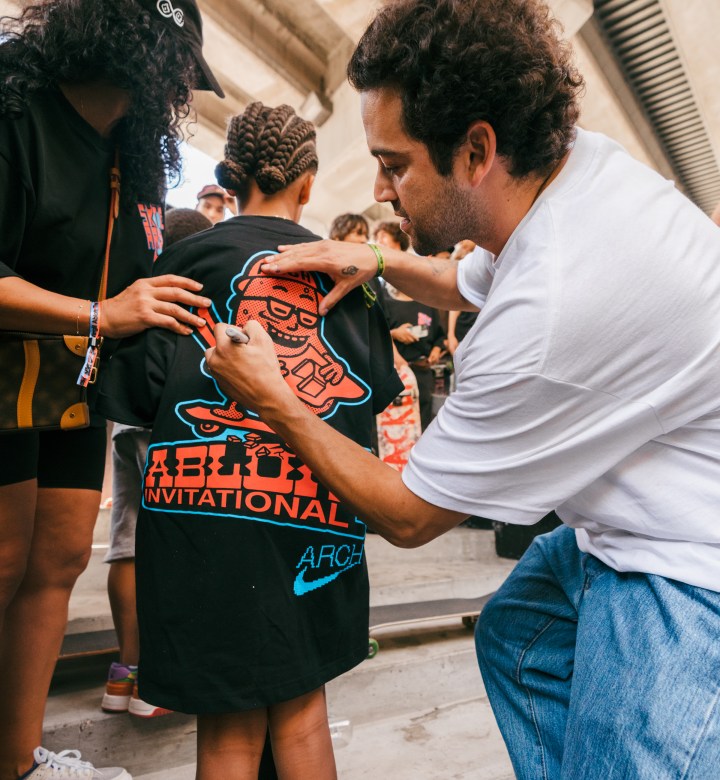 The legend himself P-Rod also gave some thanks for the event. “It was an honor for me to be a part of the first annual Virgil Abloh invitational," he told us, adding: "Virgil came from skate culture and the fact that he made it so big in life, but he always made it a point to reach back and put a spotlight on skating and the skaters themselves. So this was our way of honoring him and his legacy.” 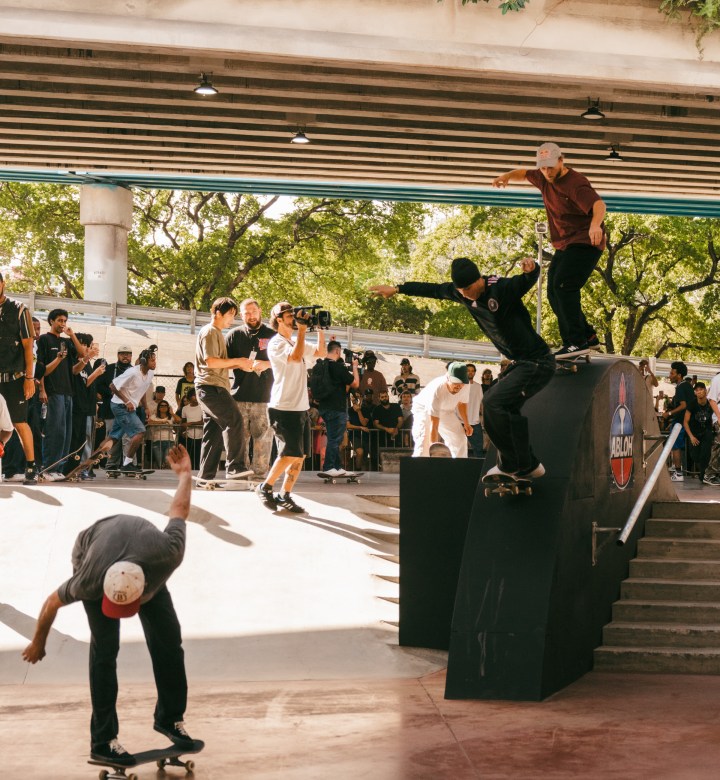 The event was filled with love and I just know if Virgil was still here, it would’ve brought him so much joy. 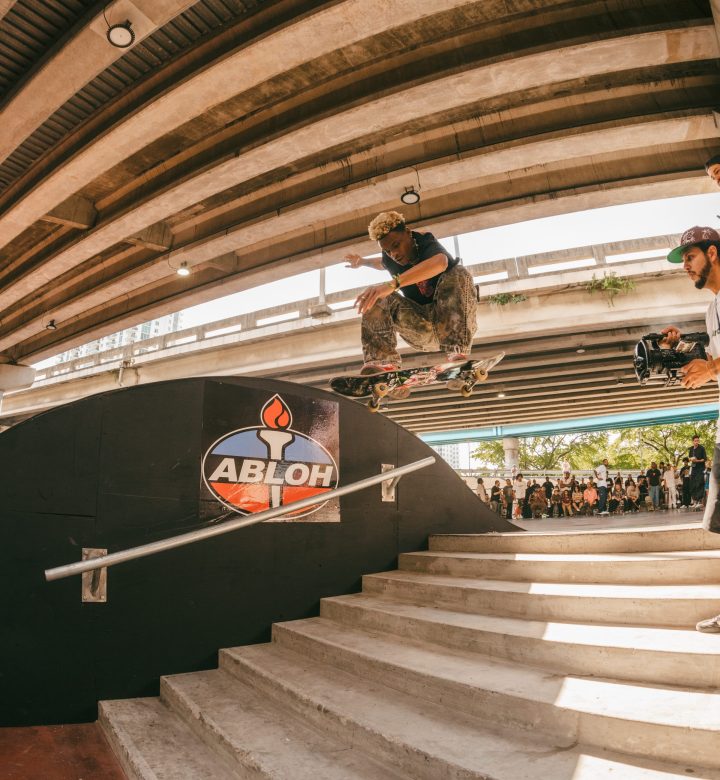 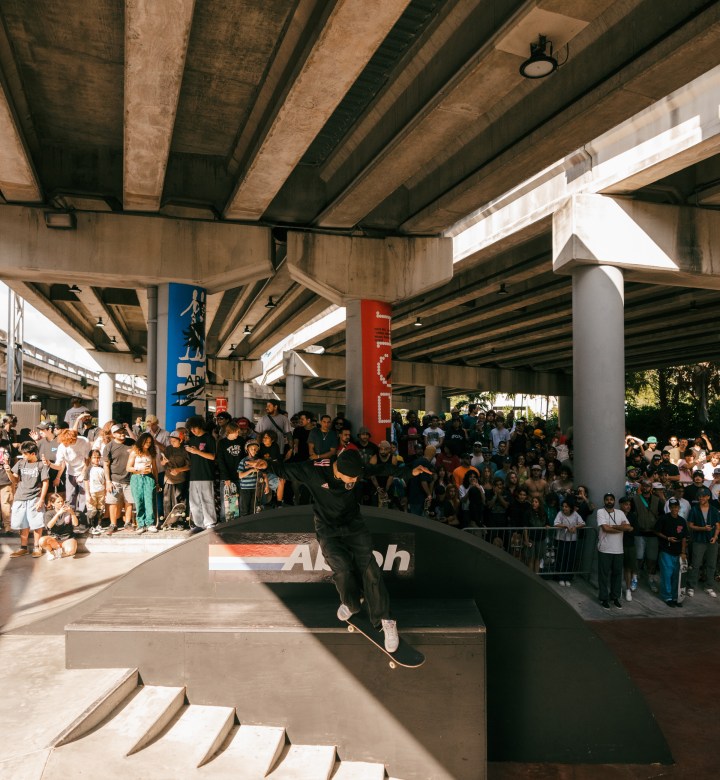 Amid countless contributions, Virgil's most resounding was his welcoming of street style into the historically pompous world of luxury fashion. He managed to bring the influence of skateboarding, hip hop and his experience with early labels like Pyrex and Off-White to the largest stages in international fashion. The First Annual Abloh Skateboarding Invitational was just one such example of how his legacy is still with us. Although his tragic passing means that the era of tangible Virgil products is behind us, the intangibles will reverberate for decades to come.