How Metallica Drove the Evolution of 90s Metal Fashion

Legend has it the group was founded in October 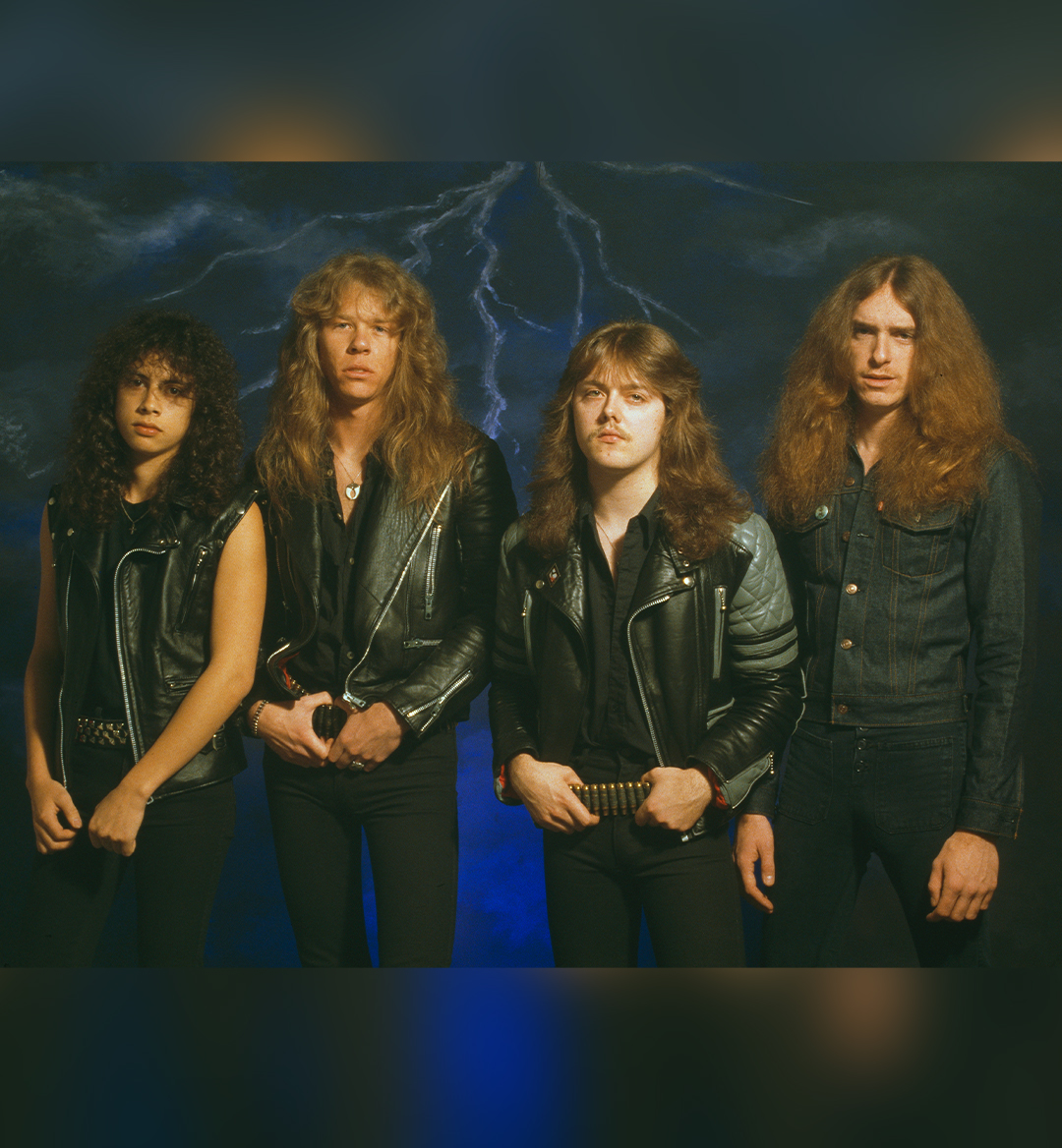 October is the month of Metallica. Why? Because it was the month they were founded. October 28th, 1981 to be exact—five months after the official meeting of Lars Ulrich and James Hetfield. Sure, Metallica is one of the biggest heavy metal rock groups of all-time.

Sure they’re one of the biggest selling music groups to ever do it with an almost cult-like following, and merchandise that can be in the most random places sometimes (hello Hot Topic). But that’s not why we’re here today. We’re here to talk all things Metallica, and how they changed the heavy metal fashion game forever. 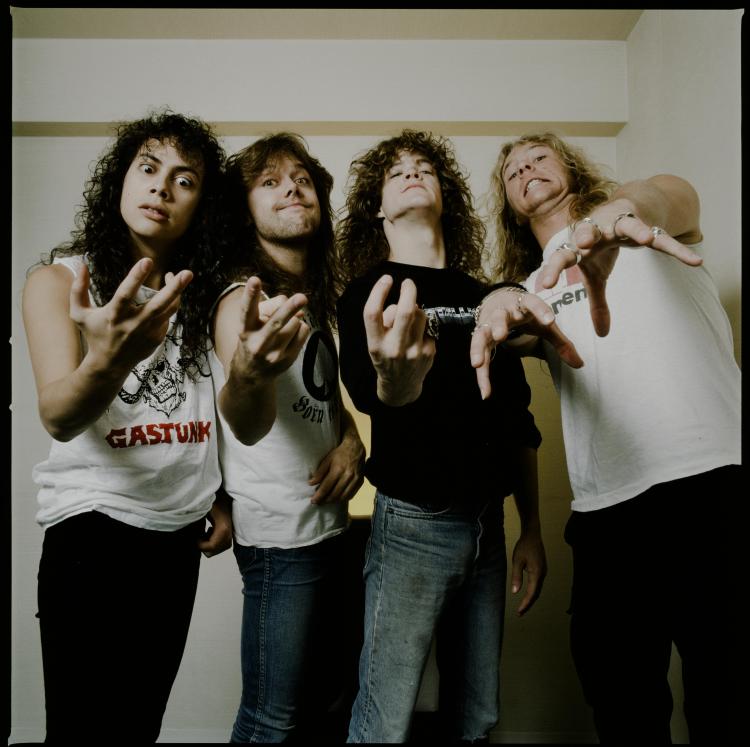 It all started at the end of 1981. Like the start of many bands, there was a lot of mixing, matching, and hopping around before Metallica officially formed and became Metallica (their roots can be traced back to a newspaper advertisement Ulrich put out seeking other rockers to “jam with”). The band itself was still a few years away from national attention, but was slowly starting to be talked about with local gigs, demos, and their debut album Metal Up Your Ass (1983). 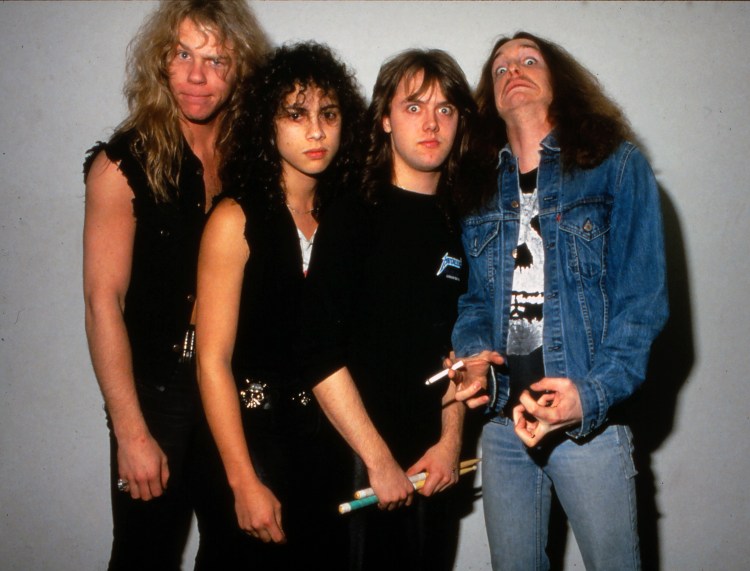 An early snapshot from 1982 shows the group looking relatively tame, which was a sign of things to come. Leather pants, jeans, t-shirts, tanks, and leather jackets. Pretty standard for 1982/83.

1984 wasn’t much different, although we did see the group becoming more coordinated with their style. If Hetfield wore all leather, so did the rest of the group (and vice Versa). 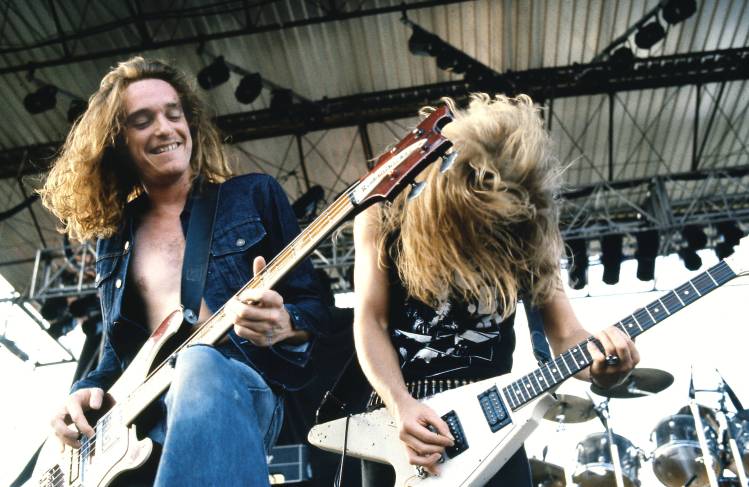 1985 was pretty much the same, but massive success was brewing. 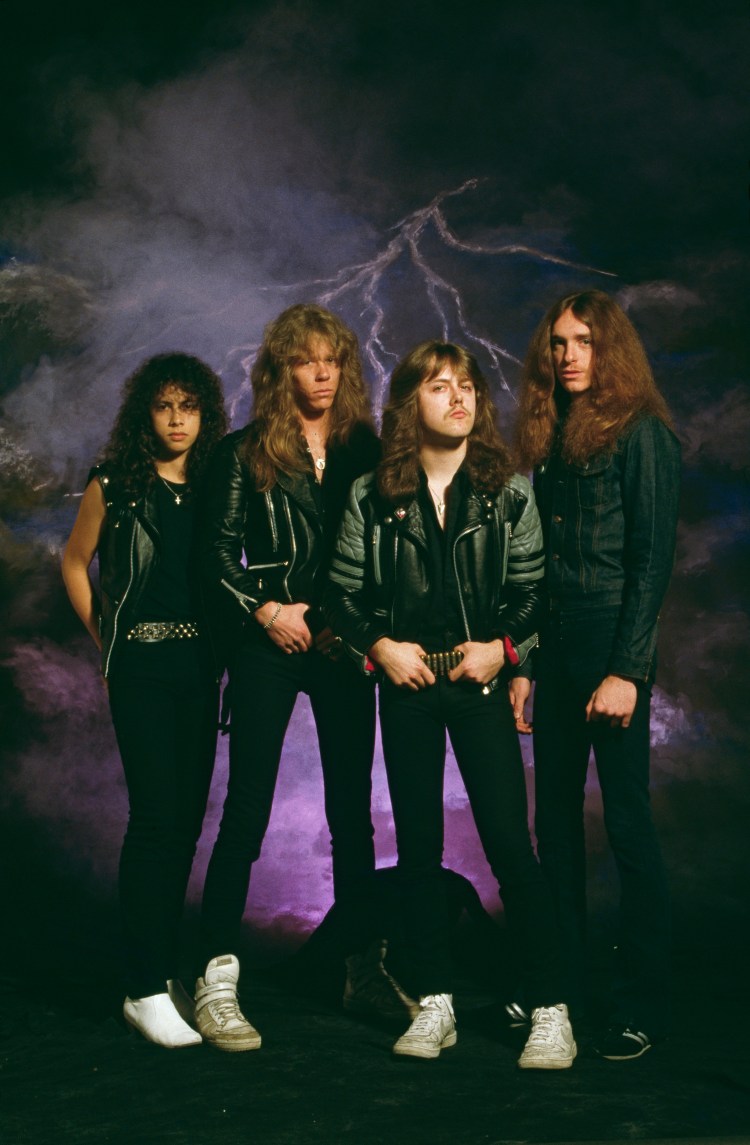 In 1986, Metallica released their breakout album Master of Puppets, which is considered to be one of their best. Now here’s where it gets interesting with Metallica. Take a look at most 80s and 99s heavy metal bands/hardcore rock bands, and you’ll see their costumes got much more dramatic, more “grunge rock,” if you will as they achieved more mainstream success (and therefore a bigger budget that can expand to styling).

Not Metallica. In fact, their style was actually considered to be “ugly.” Not ugly in the sense that they wore absolutely hideous outfits that were trash baggable, but ugly in the sense that it wasn’t heavy metal spandex enough. And it was true. For a group that has some of the most ear ringing music to hit the planet, they sure did pull up to their performances in their fair share of ripped jeans and flannel shirts.

Yet, it stuck. They looked like regular dudes that you would catch at a burger joint in Cali. They looked comfortable. They looked very laid back punk, and their looks were achievable. You could easily rip some jeans yourself and purchase some tees and flannels. Not to mention, their overall sense of fashion has transitioned well through the decades because what do you see people wearing now? Exactly. 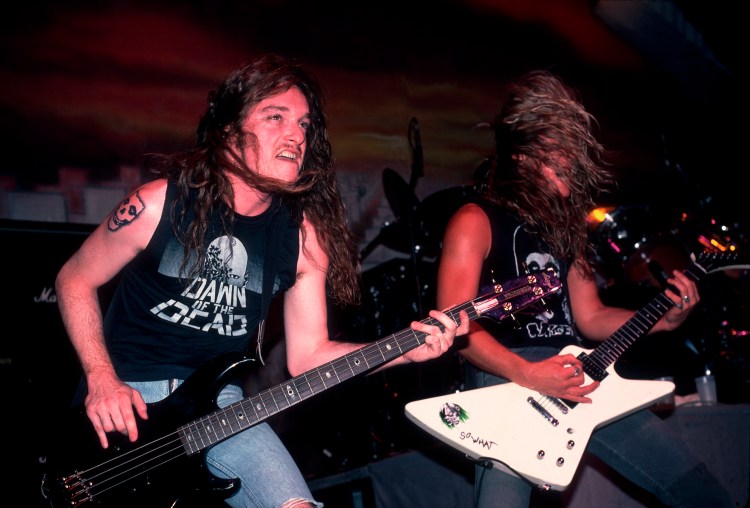 Metallica’s disheveled look didn’t change much from the 1980s to 1990s, but they did fit right in with early 1990s MTV culture, which was promoting much more relaxed looks during that time. 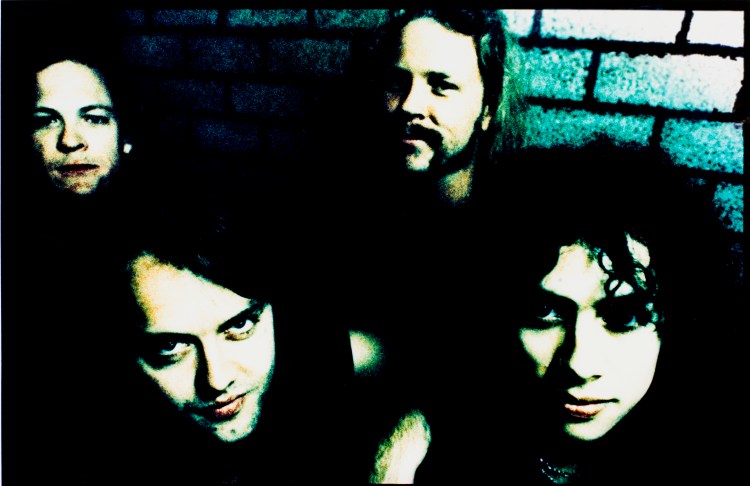 The 90s saw a slight evolution in Metallica’s style. For example, the shiny all-black leather outfits they wore at their 1996 Lollapalooza performance, and the suits they rocked at the 1997 Billboard Music Awards. The 2000s and 2010s were pretty much the same with the leather, suits, and classic casual clothes they introduced themselves to the world in during the 1980s. 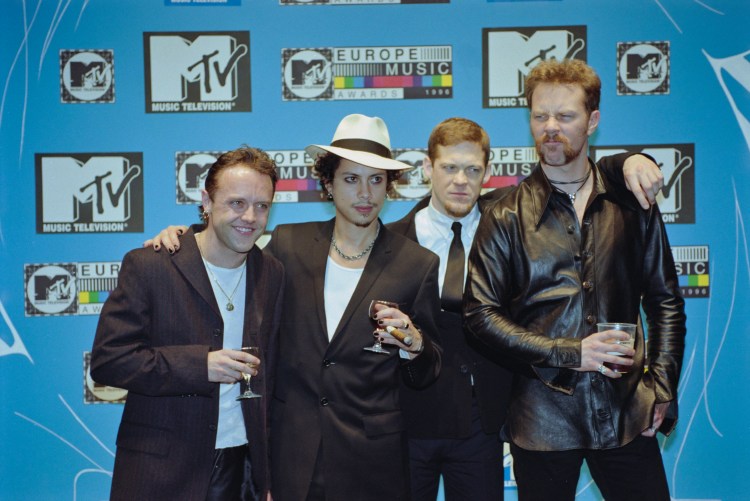 Their simple style is part of what makes Metallica, well, and Metallica, and at this point, we can probably say that’s something that will never change (because if they were going to undergo a major style evolution, they would have done in the mid-1980s).

The Legacy of Metallica 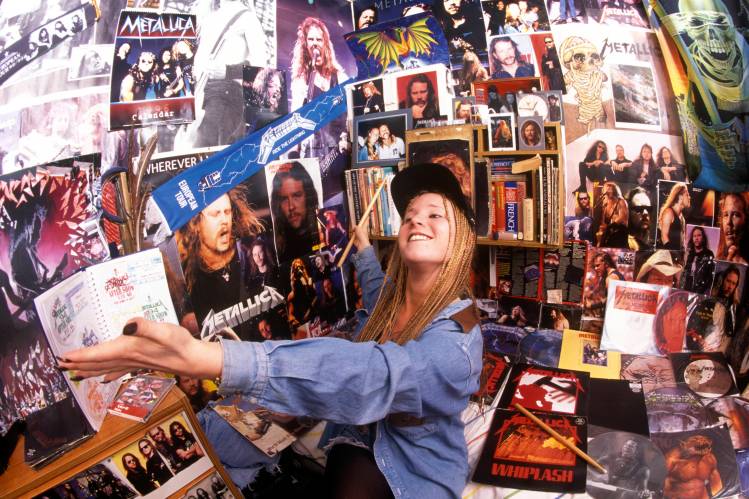 As we said earlier, Metallica might be in the top three when it comes to bands that are selling the most merchandise each year (with Led Zeppelin and Nirvana probably leading the charge as well if we had to guess). 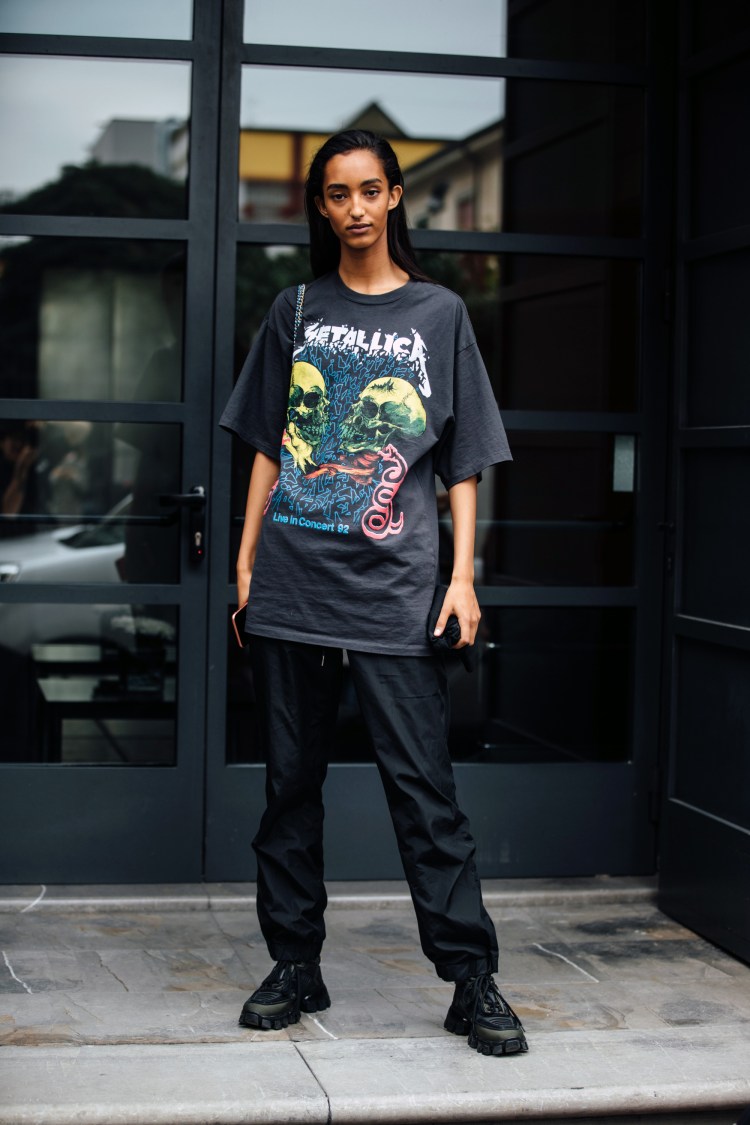 You can’t go into any shop that sells music apparel without seeing an abundance of Metallica merchandise, and we predict that’s something that won’t change anytime soon either.

So what Metallica tracks will you be blasting for the remainder of October? Make sure you let us know. Also, be sure to keep up with us for more style content.