As the age of social media and the internet shifts into the burgeoning realm of Web3.0 and NFTs, and with the promise of a metaverse looming ahead, many are experiencing digital fatigue from our digital word. Vinyl sales are skyrocketing, vintage clothing is the mode du jour, and independent magazines are thriving. Fueled by nostalgia and yearning for the tangible, consumers crave the objects and media of yesteryear more than ever before.

Alternative and indie publications, in particular, chronicled the growth of the world's underground during the 80's and 90's, forging communities and pushing culture forward with paper and ink. New York's punk, art, and queer scenes were built upon print foundations whose impact continues to echo even today. New York-based skate and streetwear brand Grand Collection has partnered with Iconic Magazines, Manhattan's leading purveyor of zines, to celebrate the culture upheld by independent print media.

Iconic Magazines, which has been a Mulberry Street fixture since 2014, traces its lineage all the way back to 1995, when convenience store owner Hemal Sheth began selling magazines. "I started with the convenience store, but I was always into reading. I'm passionate about reading and magazines, so slowly I started to get the magazines in my shop," says Hemal, describing the beginnings of his magazine empire. What began as a humble shop on Lafayette and Spring street quickly became a hotspot for print enthusiasts looking to get their hands on both common and hard-to-acquire issues of their favorite publications.

Now, over 25 years and another two locations later, Hemal is finding that people are still craving the look, feel, and even smell of physical publications. "The digital world is good for a quick look, but you don't have the same experience as with a print magazine. It's a totally different feeling, so people are definitely coming back to print." He mentions that art and fashion magazines never experienced quite the same fallout as weekly titles in the early 2000's when the whole world went digital, and that the demand for these publications never wavers.

At Iconic, customers are free to browse around three thousand (you heard that right) titles at their leisure, flipping through everything from exclusive Nike chronicles documenting the brand's storied history to Playboy issues several years old. In today's age, it's a refreshing change of pace to gaze at stacks of magazines piled to knee-height, as if one is wading through a compiled pool of the passion and labor of hundreds of thousands of people. 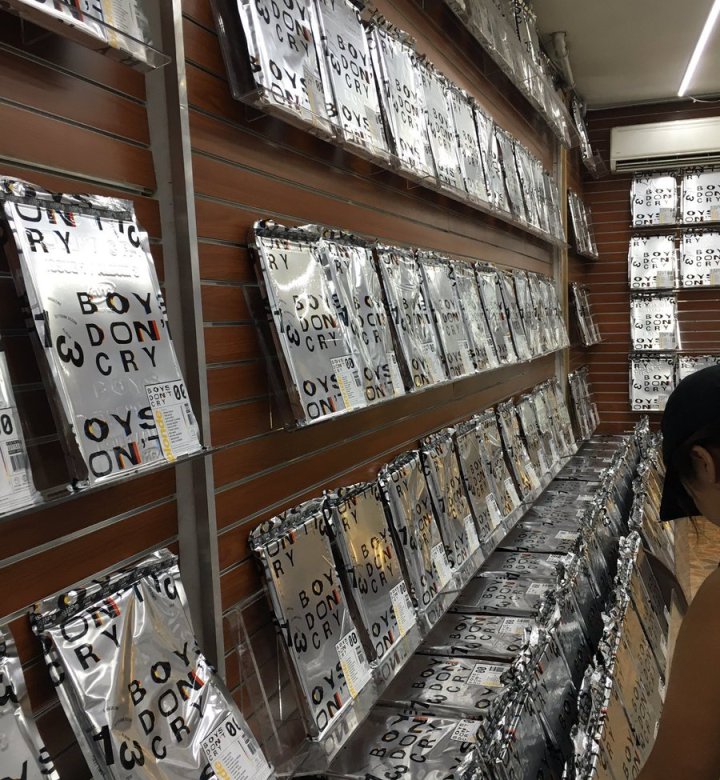 This unique sentiment persists through the events and pop-ups that the shop hosts. Most notably, Frank Ocean issued his Boys Don't Cry magazine, the companion piece to his album 'Blonde', exclusively through Iconic Magazines back in 2016. Arizona Beverage Company, famed for their 99¢ drinks, held an event that coincided with the release of a magazine that celebrated the Brooklyn-based company's origins and its borough. Collaboration has been a key part of Iconic's success throughout the years, and the partnership with Grand Collection shines a light on the institution that has done much of the same for others. 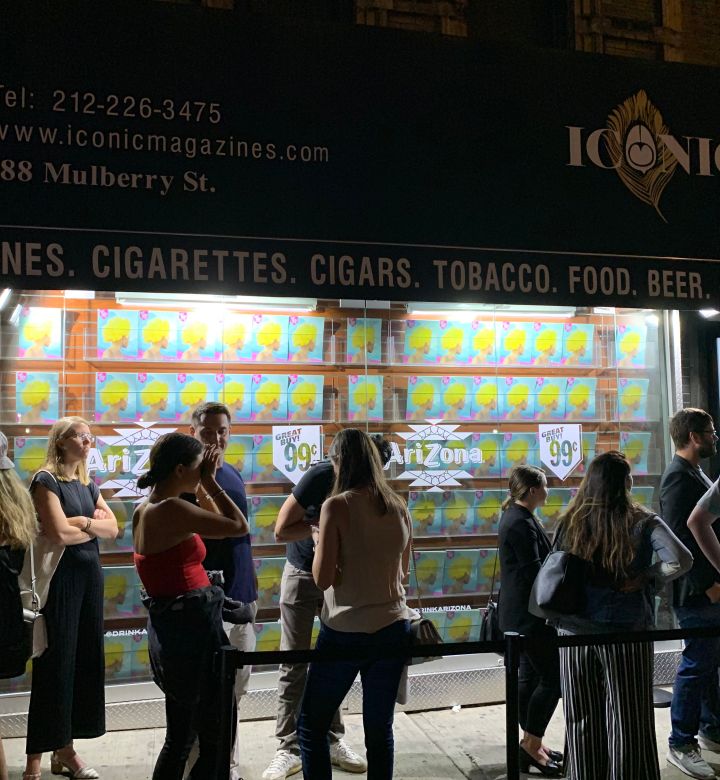 "I've been going to Iconic Magazines for years and years. It's such a special experience," says Ben Oleynik, founder of Grand Collection. "I met the owner Hemal and we connected instantly. We wanted to do something together to support and celebrate these things that we cherish so much: his shop, magazines, and print in general." The collaboration consists of its very own zine, A Paper Trail, as well as limited edition tees available in a multitude of colors that celebrate the history of Iconic Magazines.

The collaboration launches with an event at Iconic Magazines' 188 Mulberry Street location on March 31, with merchandise and zines available in store and online at Dover Street Market London following the event.