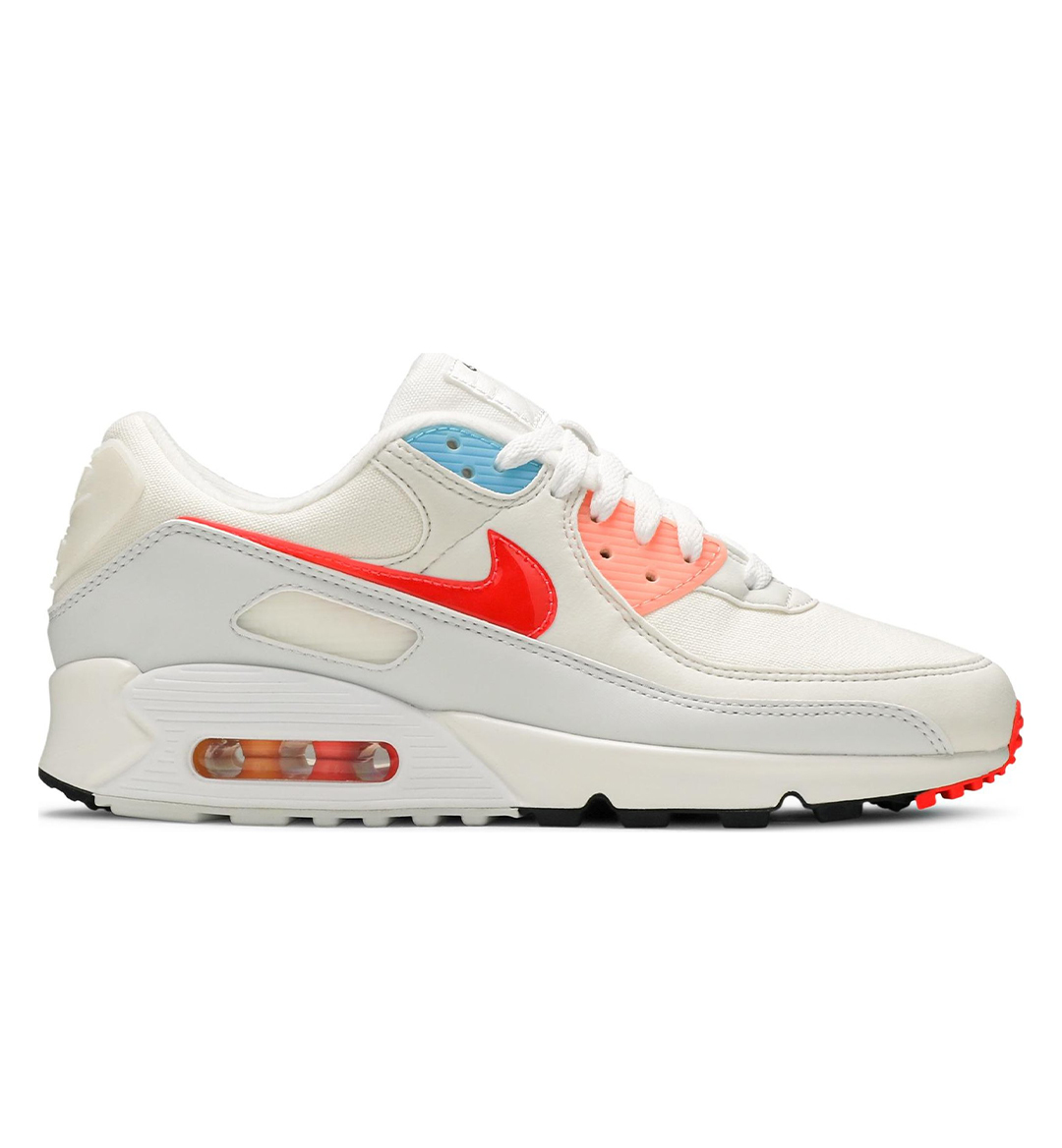 Tomorrow is March 26th, which means it is National Air Max Day. Sneakerheads all over the universe are coming together to celebrate the legendary holiday, and just like with previous years, there are loads of Air Max releases that have either already dropped, or will be dropping tomorrow. Before we get into that, however, we’ve got to first take it back to the history of the Air Max, and how it became one of the most iconic shoe staples of all time.

The History of the Air Max 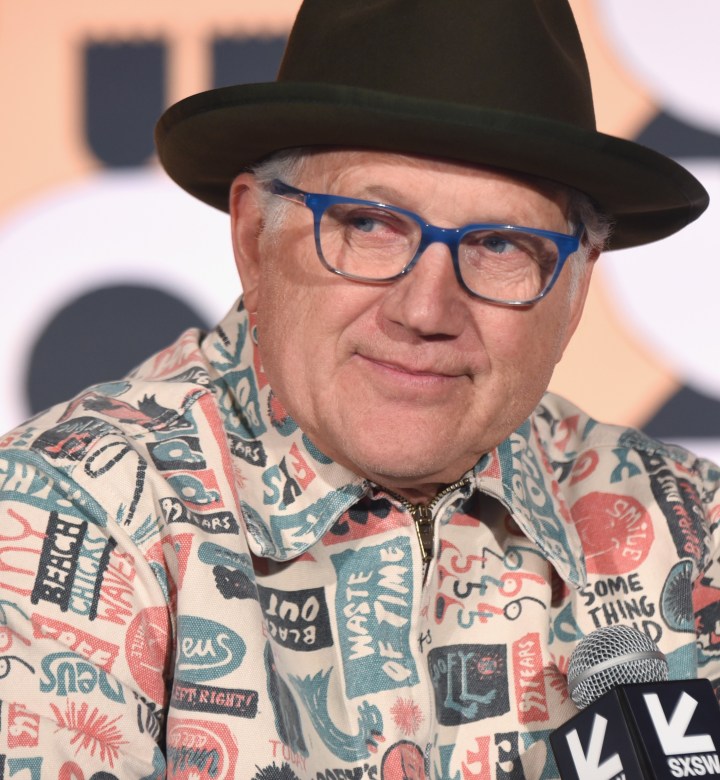 The first Air Max model debuted in 1987 at the hands of Tinker Hatfield. Hatfield is an American designer responsible for designing many Nike shoe models including select Air Jordans. Hatfield is Nike’s Vice President for Design and Special Projects and is the head of Nike’s “Innovative Kitchen,” the place where they cook all of the ideas for sneakers and apparel.

The Air Max 1 featured groundbreaking Air Max technology which has since evolved over the course of these nearly four decades, and through the years we would see many different-Max iterations of the Air Max including the Air Max 90, Air Max 95, Air Max 97, and Air Vapor Max.

What Is Air Max Day? 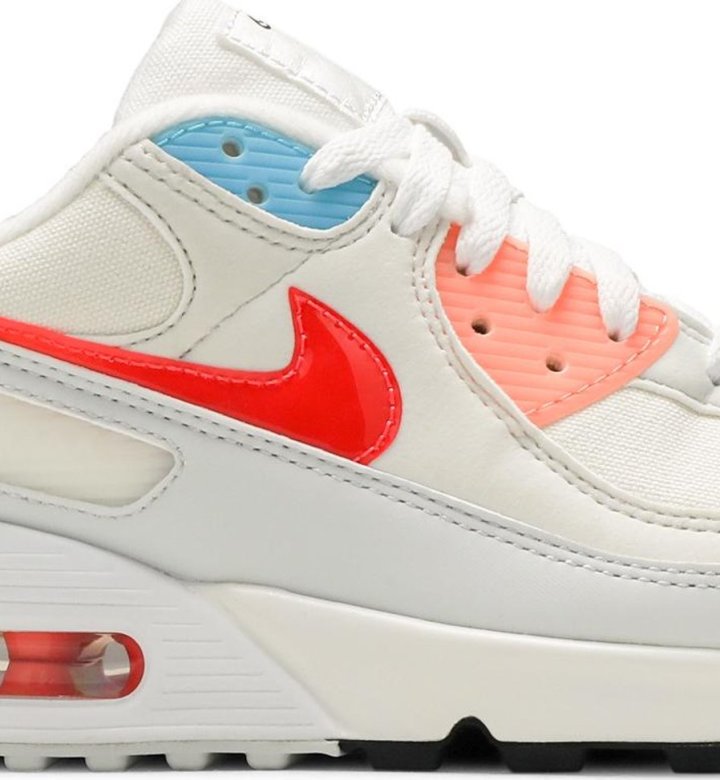 So how exactly did Air Max day come to be? Remember the Air Max 1 we mentioned earlier? Well, that sneaker was released on March 26th, 1987, though Air Max Day didn’t start being officially celebrated until 2014. The shoe line was given its own day because of its global appeal and longevity as one of Nike’s most popular lines.

Just to give you an example of how unique Air Maxes are —there isn't a National Air Jordan Day, nor is there a National Air Force 1 or Dunk Day. To our knowledge, the Air Maxes are the only sneaker not just in the Nike brand, but amongst all of the major sneaker brands that have a dedicated day where all sneakerheads come together on a global level to celebrate.

And since we’re celebrating with the new, let’s also take a minute to appreciate the old. Here are the fifteen best Air Max sneakers of all time. 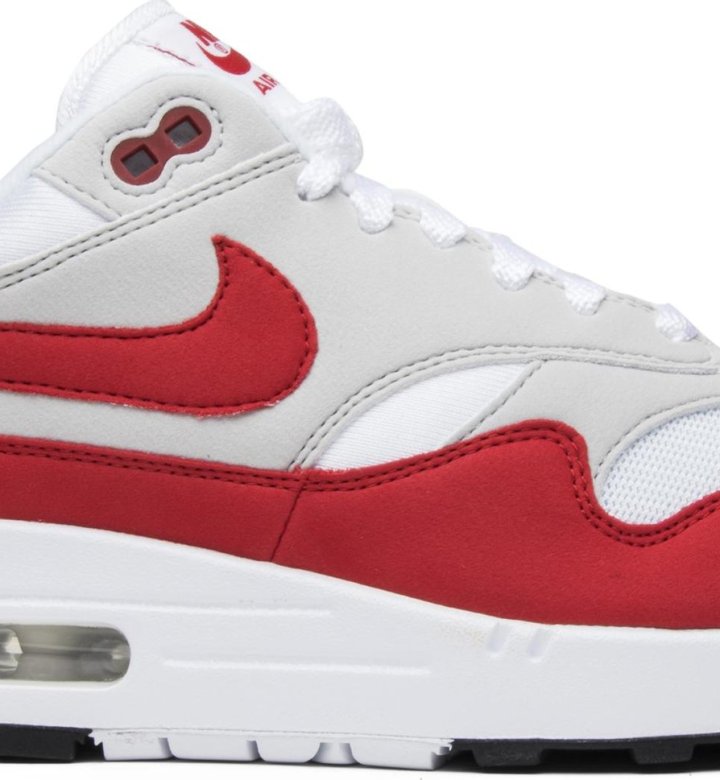 Let’s start with the O.G.—the one that kicked it all off. The University Red color -features red, white, and grey, and is a classic look that can be paired with just about anything. The Air Max 1s were the first to feature visible Air for the first time and redefined a pivotal moment in late 1980s sneaker culture as urban and hip-hop fashion began to evolve. The 1s have been re-released and re-created on many occasions, and we’re sure that we’ll continue to see more in the years to come. 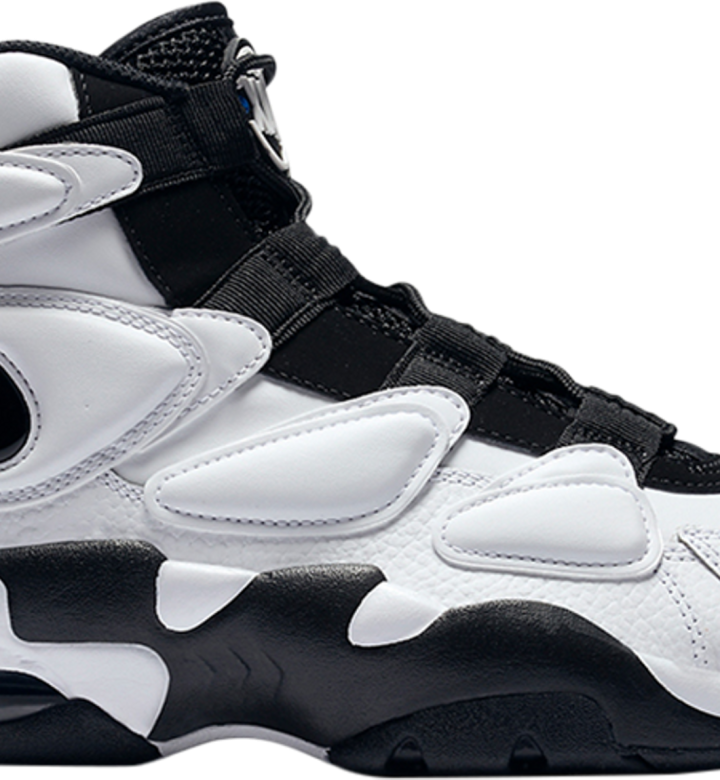 While we can’t pinpoint the exact day these came out in 1994, we’ll assume that it was sometime near the fall as these were the basketball sneakers of choice for Duke University players. The original sneakers featured a vintage 1990s basketball gym look complete with black, blue, and white coloring scattered through the shoe. Similar to the Air Max 1s, the Max2 Uptempos have been re-released with a more modern design and technology. 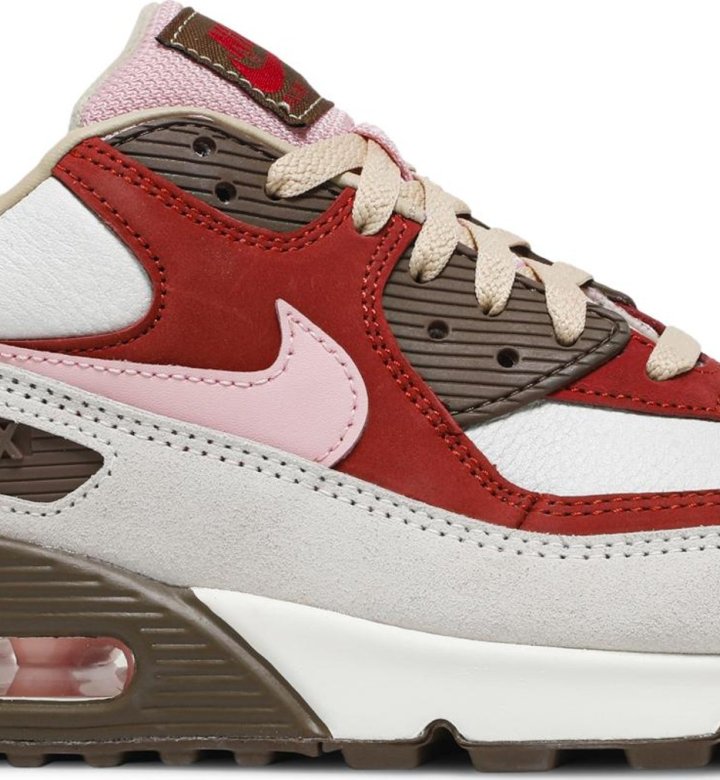 Originally released in 2004, the “Bacon’s” were a highly-sought after classic that most sneakerheads accepted as a “thing of the past.” Until last year when DQM and Nike teamed up again to drop the 2021 reissue. The re-release was pretty much exactly the same as the original, which is exactly what fans wanted. As you can imagine, the “Bacon’s” sold out quickly leaving some happy, and some not. 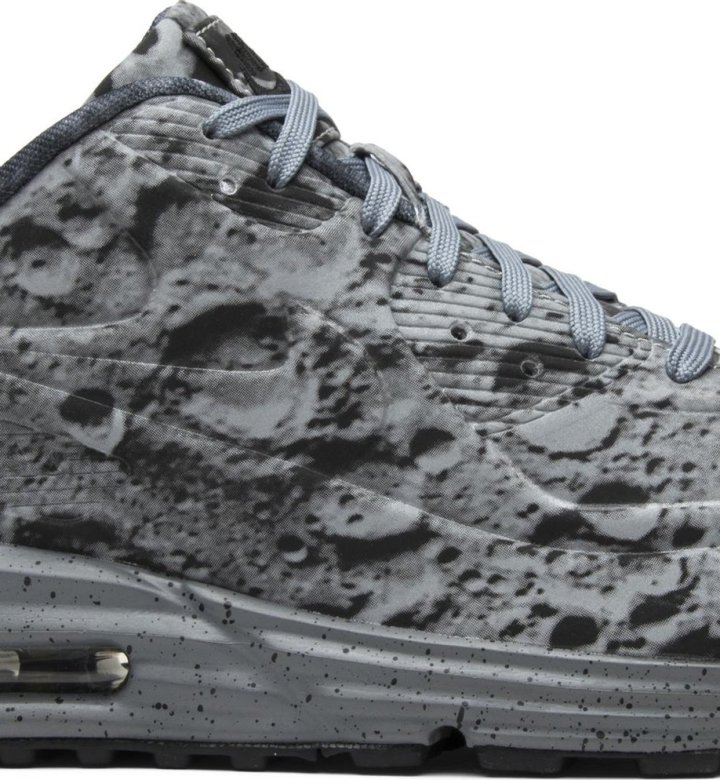 Fly us to the moon. This inter-galactic Neil Armstrong tribute shoe dropped in summer 2014 and remains a relatively pricey sneaker to this day. The “Lunar 90s” aka “Lunar Landings” were released to commemorate the 45th anniversary of Neil Armstrong landing on the moon, and standout features included 3M reflective detailing on the upper, and an outer space moonwalk theme scattered throughout the shoe. Classic. 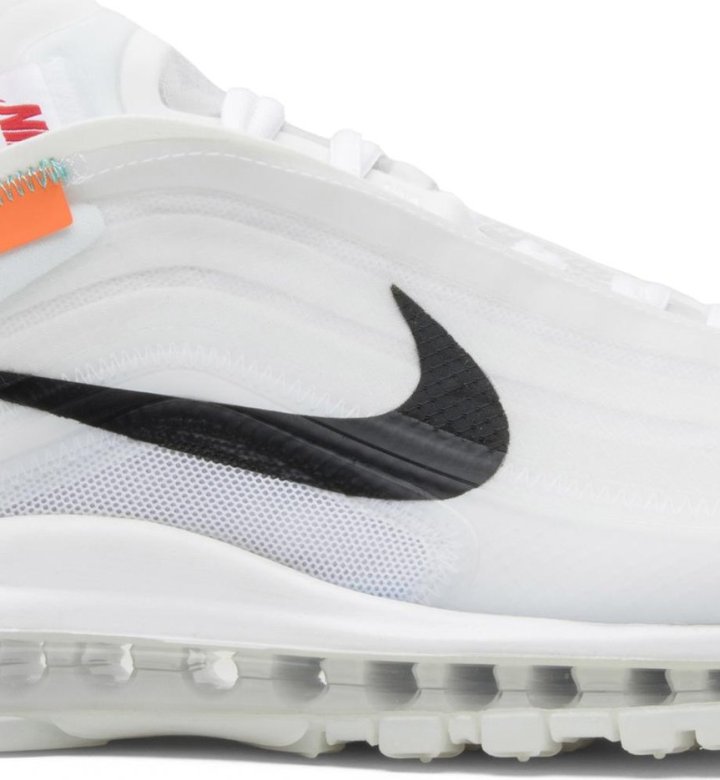 You already know we’ve got to show love to our guy Virgil Abloh. While nobody could have ever foreseen Virgil leaving us this early, the legend has forever left his imprint through his designs. This shoe was meant to be a progressive shoe and remains one of the most beautiful 97s to ever be created with its translucent upper. 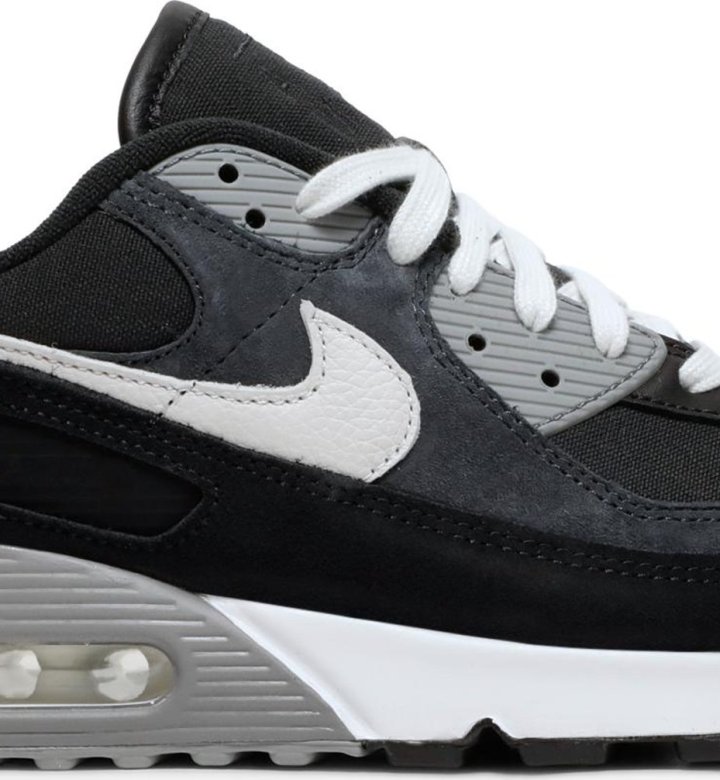 The main point of Air Maxes, especially 90s, is to be dropped out comfortably. Midnight Navy was the designated design for this colorway and featured the common University theme that was running rampant amongst Air Max 90s, particularly in the 1990s and early 2000s. 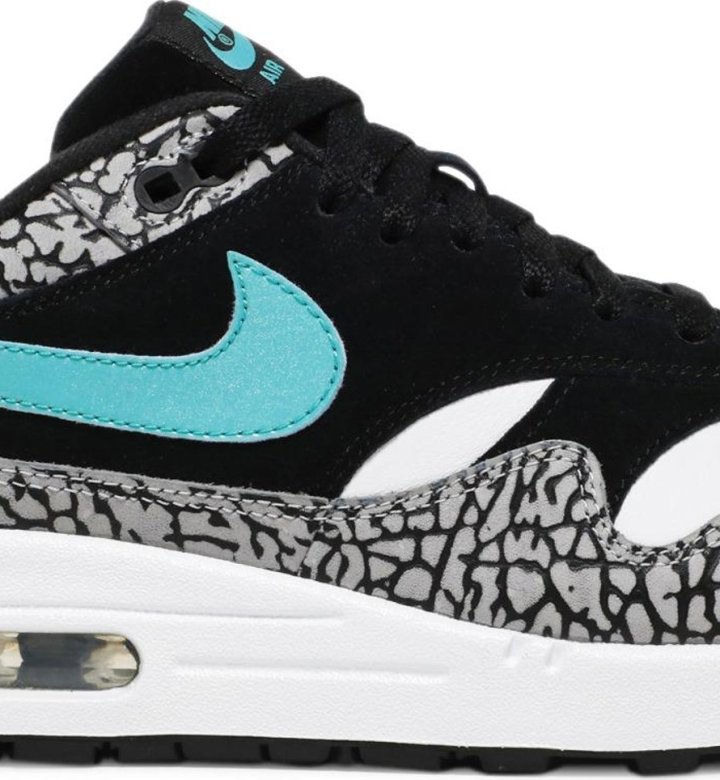 As we mentioned earlier in this article, National Air Max Day wasn’t established until 2014, but it became clear early on that it would be pointless to have an Air Max Day celebration without fire releases also dropping the same day (or at least sometime in the week). So on March 26th, 2016, the undisputed greatest year of the 2010s, Nike dropped a banger shoe called the “Elephant.”

The “Elephant” featured a stunning animal print complete with white panels that contrasted with a black upper, and a green Nike swoosh to finish the look. Reselling prices on this shoe are crazy as well. 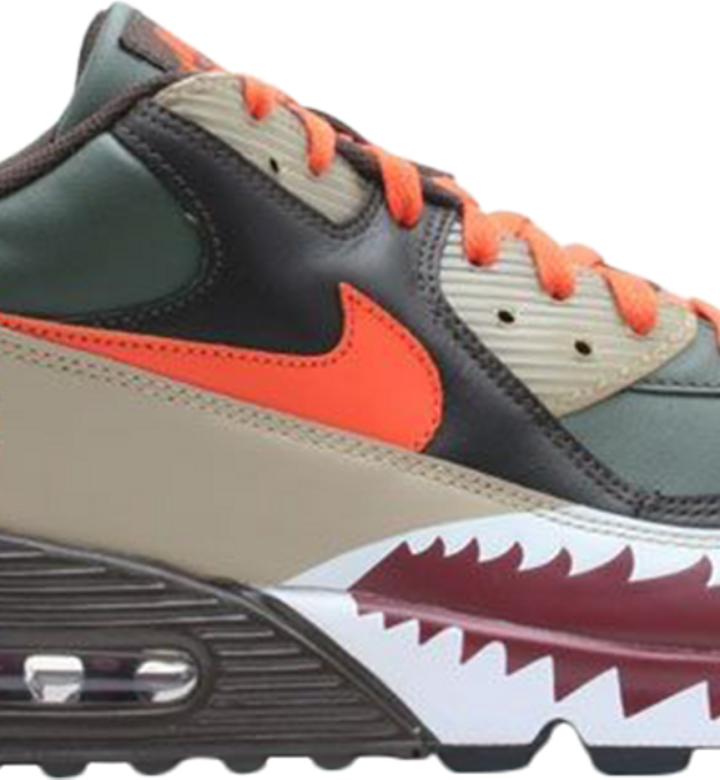 This 2007 drop is without a doubt one of the most celebrated Air Max releases. The inspiration behind the “Warhawks” was the Curtiss P-40 Warhawk, and the shoe itself pays tribute to the World War II planes used by the U.S. Air Force. While it may not look like it at first glance, this shoe is actually constructed with all-leather, and the colors come directly from the Warhawk AirCraft. There’s also a shark teeth graphic at the bottom to give the shoe a final chef kiss. 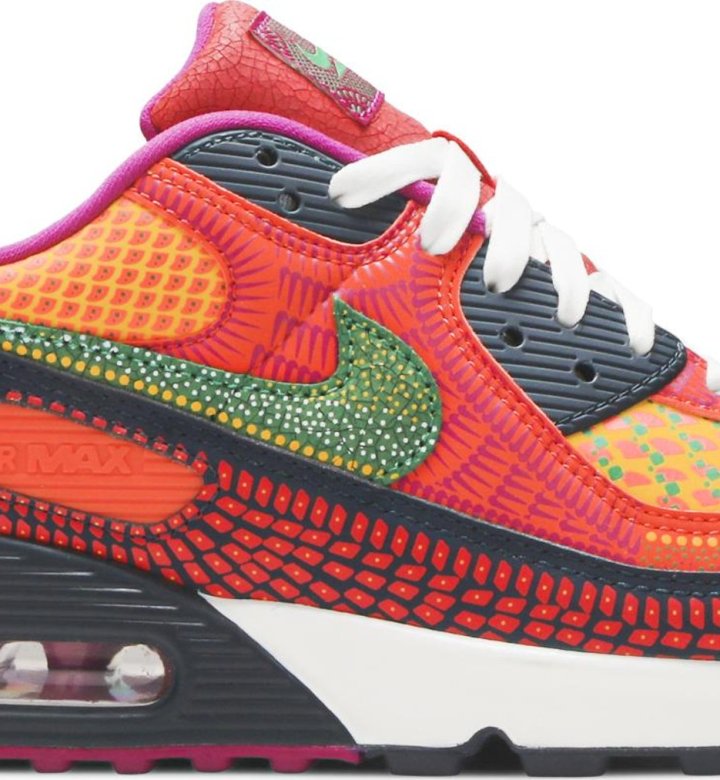 Raise your hand if you look forward to all of the creepy, sneaky, Halloween sneakers that come out in the month of October. Raise your hand again if you remember these fire joints that dropped in October 2020. Nike was in their bag with this one, celebrating the Day of the Dead holiday with a vibrant mixture of colors and graphic patterns. Talk about getting into the Halloween spirit. 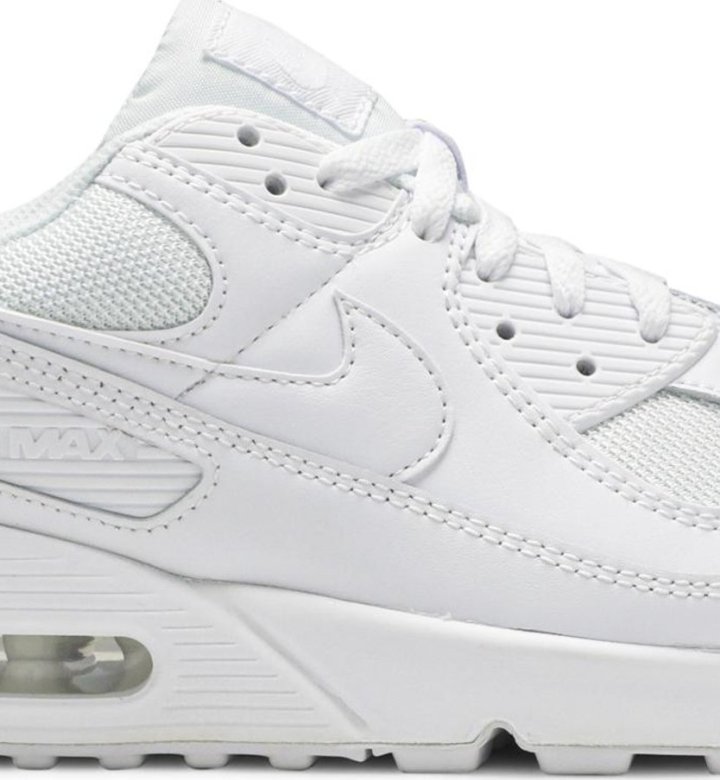 Before Air Force 1s, if you wanted a clean, crisp, all-white sneaker to practically never wear outside of the house for fear of getting dirty, you had to rely on the AM90 classics.

It was a simple shoe that was still eye-catching (especially when paired with the right outfit), that was great for occasional wear. Plus, the “chunky sneaker” look fit right in with the early 1990s style that was popular at the time. 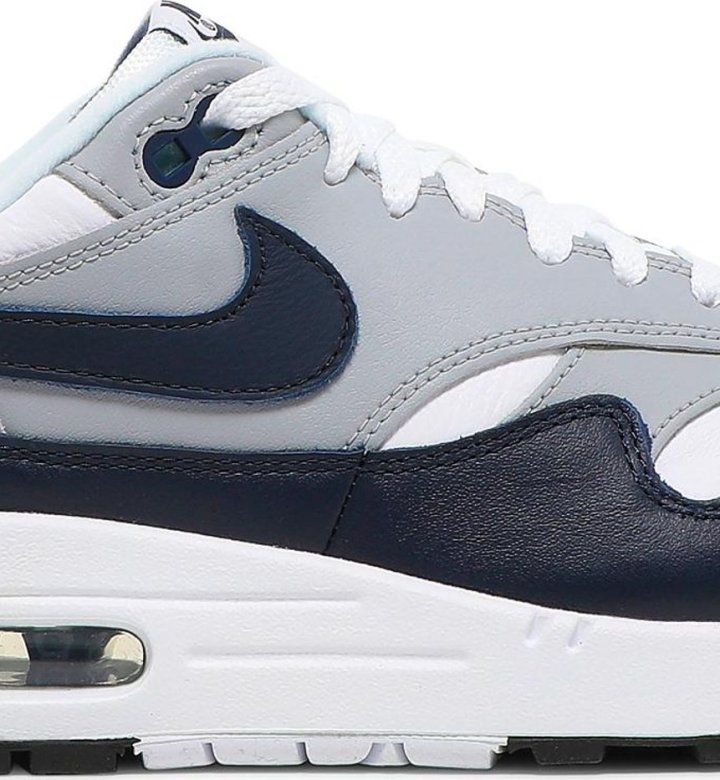 Doesn’t January 2021 feel like ages ago? It’s hard to believe that it’s been a year since these were re-released and not five. Anywho, a dark grey, white, and blue futuristic shoe mixture has never disappointed, and will never go out of style. 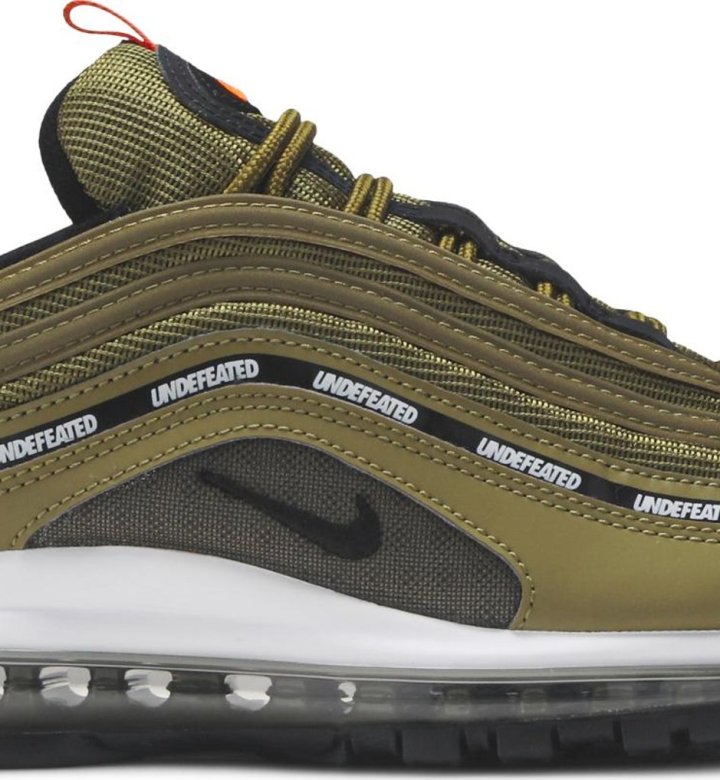 Let’s talk about classic combinations for a second. While the Air Max definitely holds its own by itself, they’ve had some pretty legendary linkups with equally legendary brands. One of those brands is Undefeated, who has come together with Nike on many occasions to release a ton of heat. It’s hard to definitely say which release is the best, but some signs point to the “Black Militia Greens” from 2020. 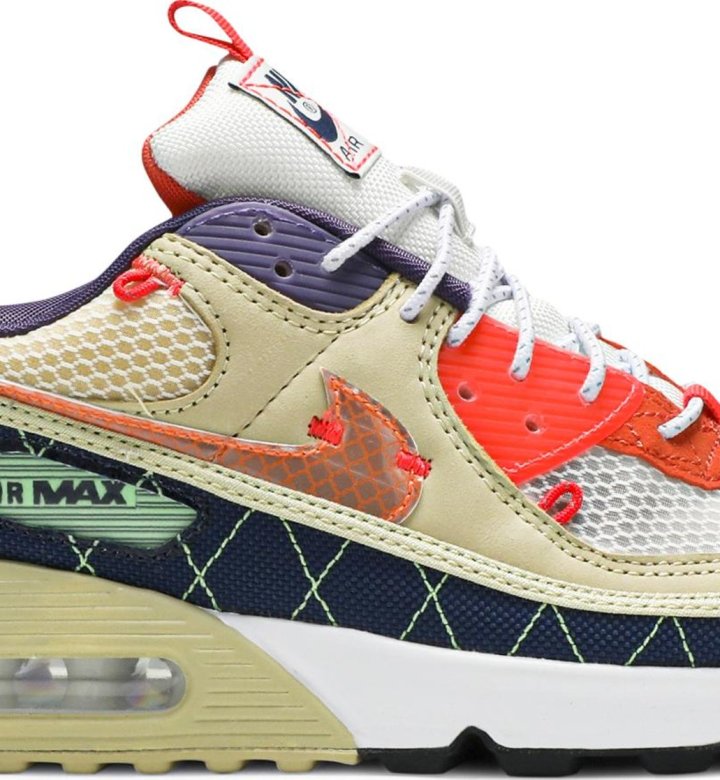 And since we’re talking collabs, let’s talk more. HUF and Nike are another dynamic duo that has released a range of AM90s that are worth your money, time, attention. All of them are nice, and we aren’t just saying that either. Again, your time, money, and attention will not be wasted. 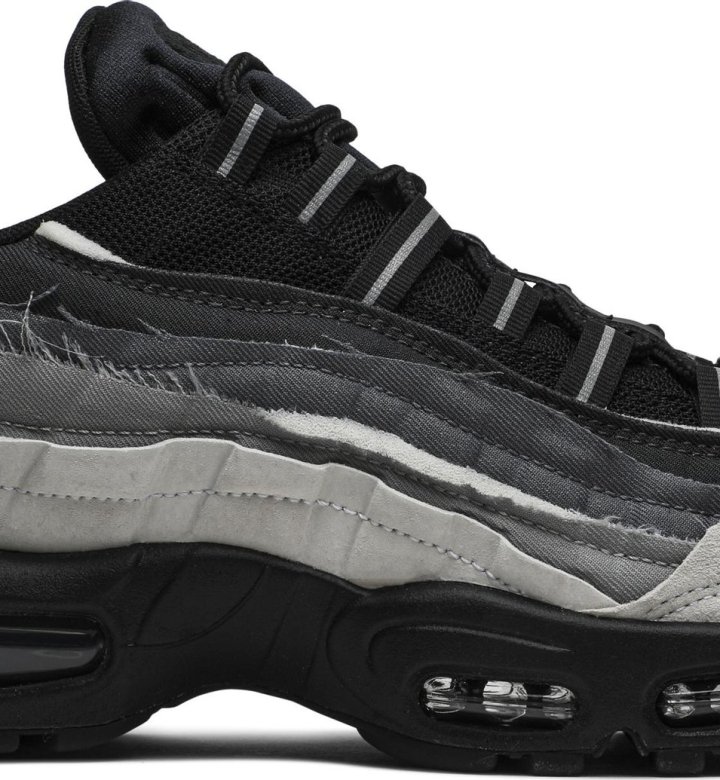 And since we’re talking collabs, let’s talk even more. Comme Des Garçon and Nike are certainly not strangers, frequently collaborating over the years. Similar to the other collabs, you can’t go wrong with any choice, and there’s definitely plenty to choose from. 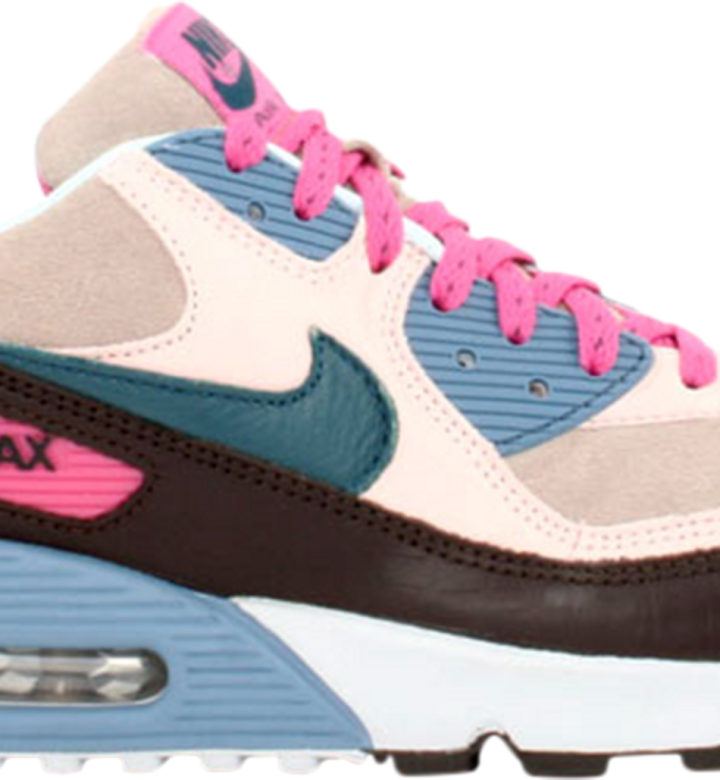