Who is Conner Ives?

An introduction to the LVMH finalist confronting fashion waste head on 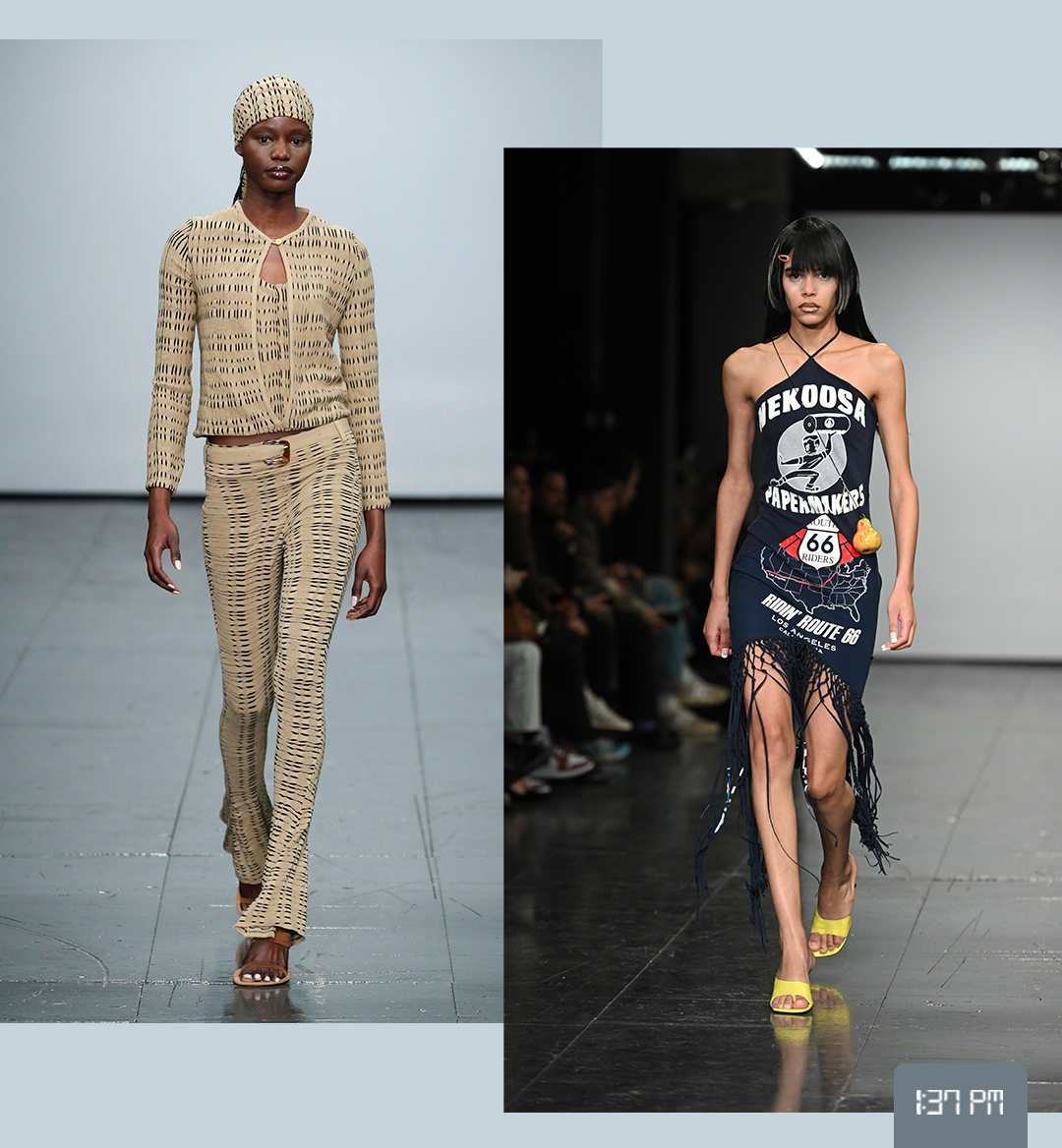 Fashion design, and design at large, is an industry where you have to earn your stripes. Young designers are often wrung out for their fresh ideas, having to make their way through a slew of unpaid internships to even land a job. Conner Ives, however, is having none of that. After interning for famous designers like J.W. Anderson and being rejected from Central Saint Martins' womenswear program in his foundation year, Ives has made it a point to never let anyone doubt his value. At just 26, he already has an eponymous fashion label and is making waves globally for his sustainably made collections. 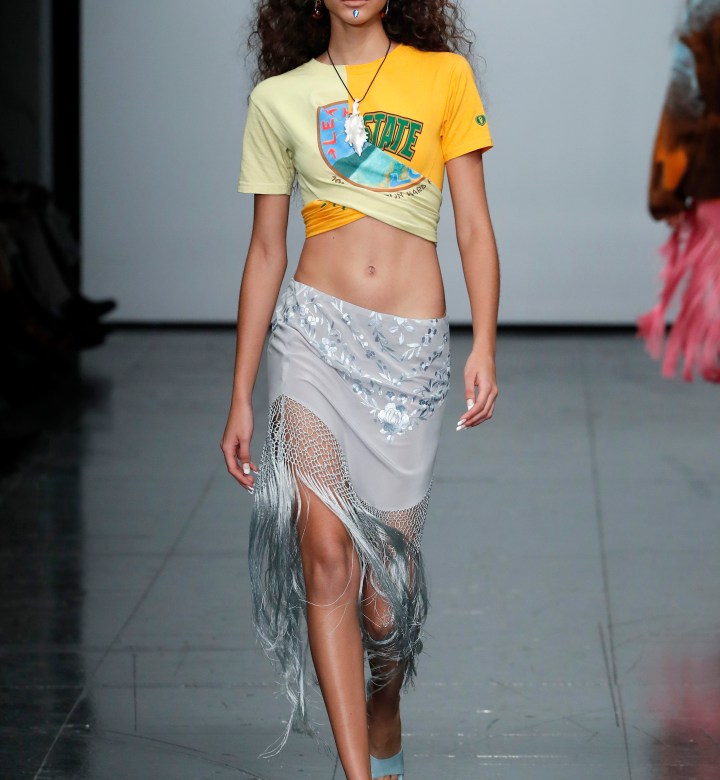 Born and raised in Bedford, New York to a dentist mother and psychotherapist father, Ives relocated to London early on to study fashion design at Central Saint Martins. It was not long before his designs took off, grabbing the attention of the London boutique Browns as well as Adwoa Aboah. After the model wore a dress of his to the Met Gala, Ives was noticed by none other than Rihanna herself.

After catching the eye of Rihanna, Ives found himself not only making custom pieces for her, but assisting in the creation of Fenty's first collection. The musician and now fashion mogul has frequently been spotted in Ives' designs, which frequently employ the use of old t-shirts and other garments to create stunning works that keep the designer's values at their core.

Ives attributes much of his recent runway success to timing, with lockdown forcing people to think about sustainability. Sustainability is fashion's hottest buzzword, and as in many industries the reality is not as it seems. Furs have been tossed out in favor of plastics, and recycled materials are still manufactured in a way where they must be thrown away. While interning with large brands, Ives saw countless rolls of expensive fabric discarded and written off as a business expense.

The designer vowed to build his brand differently from the flawed and antiquated standards of old. Ives is one of the only designers reckoning with this in a serious way, sourcing his raw materials from a warehouse in Sheffield, which he combs through meticulously. His paneled dresses fashioned from t-shirts, or his slip tops made from recycled scarves have become some of the pieces that define the now quintessential Conner Ives style. 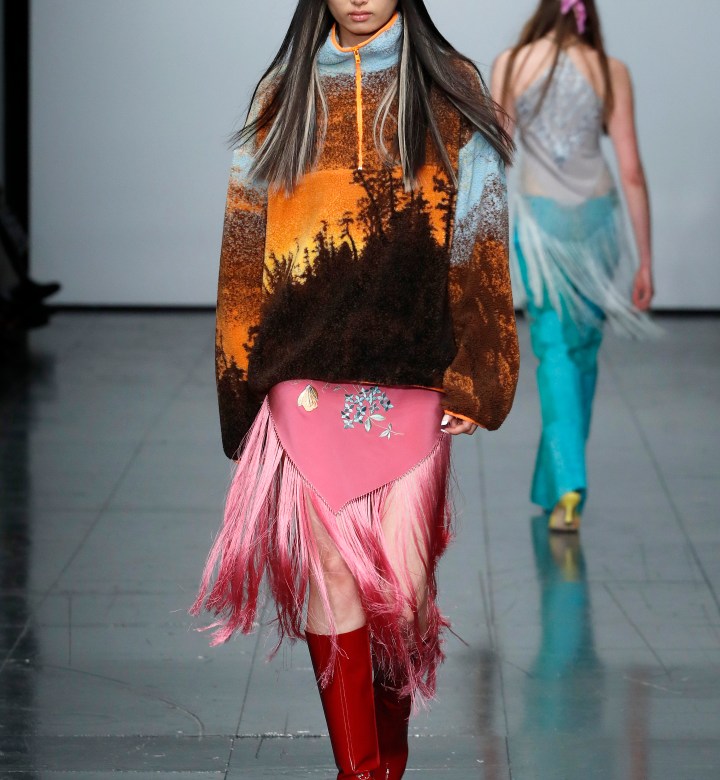 Just last year, Ives released his graduate collection to the world, titled "The American Dream". Having spent the last few years across the pond, the designer was able to think critically about his home, and what it meant to him. The use of a phrase as charged as "The American Dream", was obviously intentional. "I think America's whole history is kind of a minefield when you break it down. As much as we don't really talk about it, there are very few moments in that long storied history that are great, glittering, positive examples of America," Ives said, explaining the title in an interview with Elle. Disillusionment is a heavy theme throughout, but in a sense the collection sees Ives reclaiming a nostalgic America that he loves.

Now, all of this success in the fashion world doesn't often come without its accolades. Deservedly, Ives was a finalist for the 2021 LVMH Prize, narrowly missing out on the grand prize. Nonetheless, Ives is riding out his current wave of success, deciding what to do next with the brand. The designer is forgoing the traditional seasonal system in favor of a slower, more measured approach considering his designs take significantly longer to create than typical cut and sew garments. In any case, we're ready for whatever he has to offer whenever he's ready to offer it.