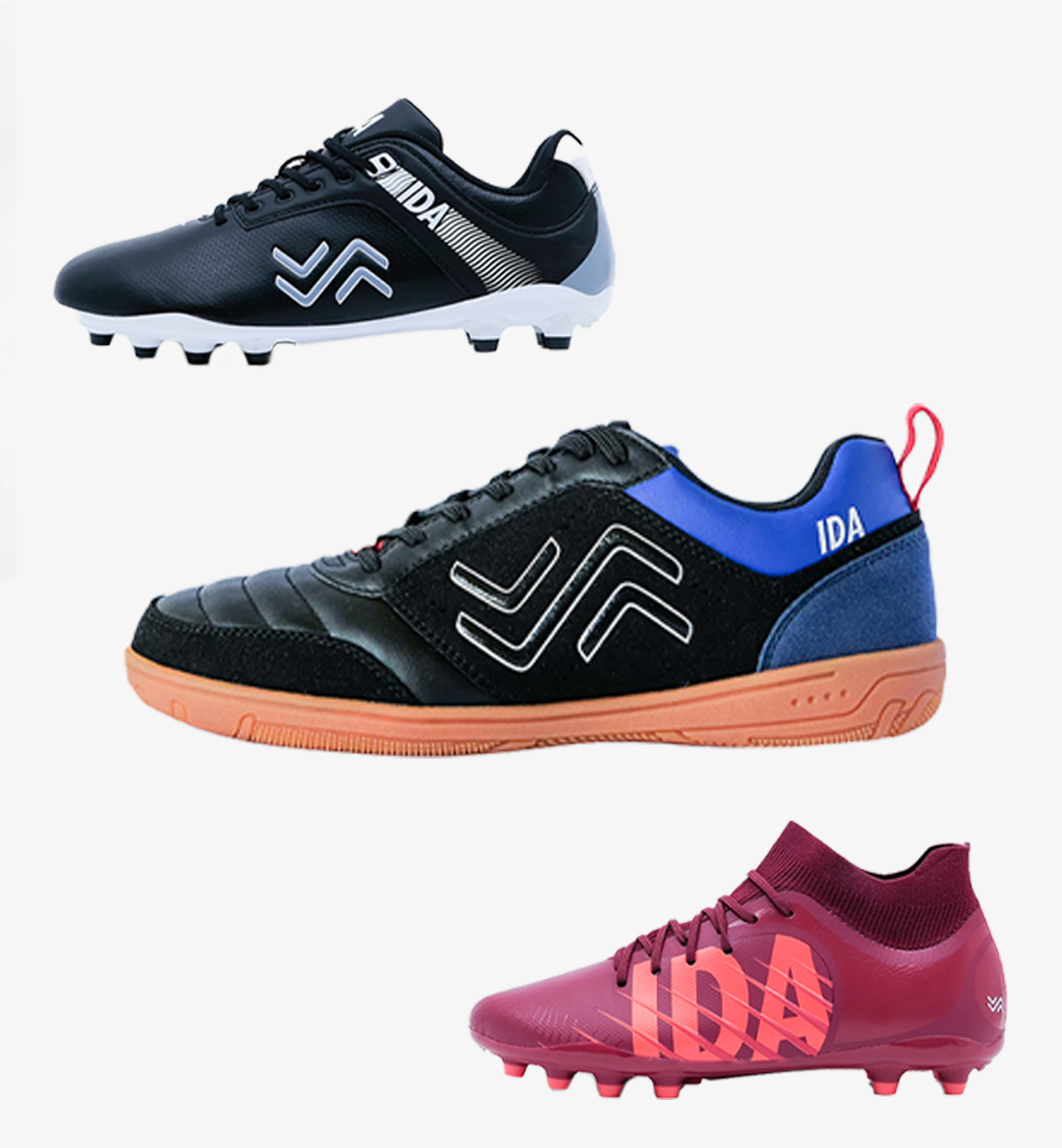 Women kick butt. You already know this, but from time to time we have to throw in friendly reminders. Meet Laura Youngson, founder and CEO of Ida Sports, the brand that has been championing female athletes since 2017 with their soccer cleats designed specifically for women's biomechanics. As you all know, the surge in NWSL interest and viewership this season is making the brand more relevant than ever, with the recent NWSL championship airing prime time for the first time ever, highlighting a particularly significant moment in the history of women's sports.

RELATED: Moolah Kicks is a Basketball Brand by Women, for Women

We chatted with Youngson to learn about the journey of the brand, how she balances entrepreneurship with motherhood, and much more. You can check it out below.

ONE37pm: Great to be chatting with you Laura! Congratulations on everything Ida Sports has accomplished! Can you walk us through the journey of the brand from the very beginning?

Youngson: It’s been quite a crazy journey because it started with me having played amateur football and soccer, and really loved the game. I had an opportunity to play around the world, and I was always wearing kids boots to play. I was an adult female, but I had to wear kids boots to play this sport! I thought it was just me, but we did this super cool trip where I took a bunch of women to the top of Kilimanjaro to play 90 minutes of soccer.

It was amazing, we set a Guinness World Record, and women from across the world came to play. I was talking to them, and they said that they wore mens and kids' shoes as well. I looked into the research behind it, and there is so much medical research about the differences between men and women’s feet. That’s kind of what set me off on this journey of research and understanding.

ONE37pm: Obviously the landscape was different in 2017 as opposed to now even in terms of how women’s sports and apparel was treated. Were there any challenges or obstacles you faced?

Youngson: At the beginning there were a few hurdles like understanding the shoe industry because it is quite closed knowing that you have to be recommended and have a certain amount of knowledge. We’ve been really lucky to have a few key people in Australia at the time who helped us develop the starting points based on female biomechanics. Getting the right grounding and base was super important, and even things like taking the shoes into factories and having to convince them to not put it in the men's department.

Those were the technical challenges, but there were also science challenges as well. Up until now, there’s been men’s, kids, and unisex, and people telling you to just size up or size down, and that narrative is something that isn’t true. We need women’s shoes! People are so ingrained by what they see in the stores, that cutting through that messaging was pretty hard in terms of investors and things like that.

ONE37pm: Obviously to start a successful business, you have to have connections. Did playing sports allow you to initially have the connects you needed, and how were you able to meet these people?

Youngson: It’s amazing! You call it your squad when you play soccer, and that goes into real life. That trip to Kilimanjaro that we worked on was all about women around the world advocating for gender equality in the sport. We call them mountain sisters because we’re everywhere from coaching in California to my former teammate in London who’s now one of the very few female directors on Netflix series.

She filmed the trip and opened up this whole other world to us that we didn’t even know anything about. Even if we didn’t have a network, we were able to call upon people. We spent a lot of time talking to businesses in Australia who are in the same space, and one of those places was kind enough to teach us about operations and how to work with factories.

ONE37pm: And did you ever learn how to make a sneaker?

Youngson: Yeah! There’s so many cool and intricate parts! I’m glad I’ve got a design team now, but I loved learning about the different processes because now I can have input because there are so many different layers. With me not being from the industry, I was able to approach it from a “this works or doesn’t work” point of view, and I found that oftentimes people have been doing things because they have seen others do it. There wasn’t really much thought going into it, so we picked apart the design process, and I think that is why we have been able to be so successful and agile.

ONE37pm: Now I understand you have a few new product drops on the site. Could you talk more about those?

Youngson: The cool thing is that we released our first product during the course of the pandemic, and we were able to sell out. That’s when we realized that we were on to something because there was no sport at all going on during that time, but people still wanted the products. I think what we have been able to do now is add variety to our portfolio. One of the boots we have coming out is called the Ida Rise, and that’s got a sock on it which has got a lot of features that help the speed element. That’s going really well for wingers and strikers because they rely a lot on speed. The other boot is called the Ida Centra, and that is a more accessible price point.

Our Dick’s Sporting Goods partnership has been amazing as well in terms of feedback. We’ve been able to see what people are buying in store, and then create for them based on that.

ONE37pm: Alright so we are in the final months of 2022 and we’re heading into 2023. What do these next few months look like for you guys?

Youngson: We’re working on expansion that comes with new colorways and updates on some of the stuff we have out already, and now that we have been able to grow, we’re working on different shoes for different surfaces. We’re bringing out an Astro Boot specifically for indoor which we are excited about. And then we are working on a World Cup boot because next year is the World Cup for women! It’s top secret! It’s been fun to work on.