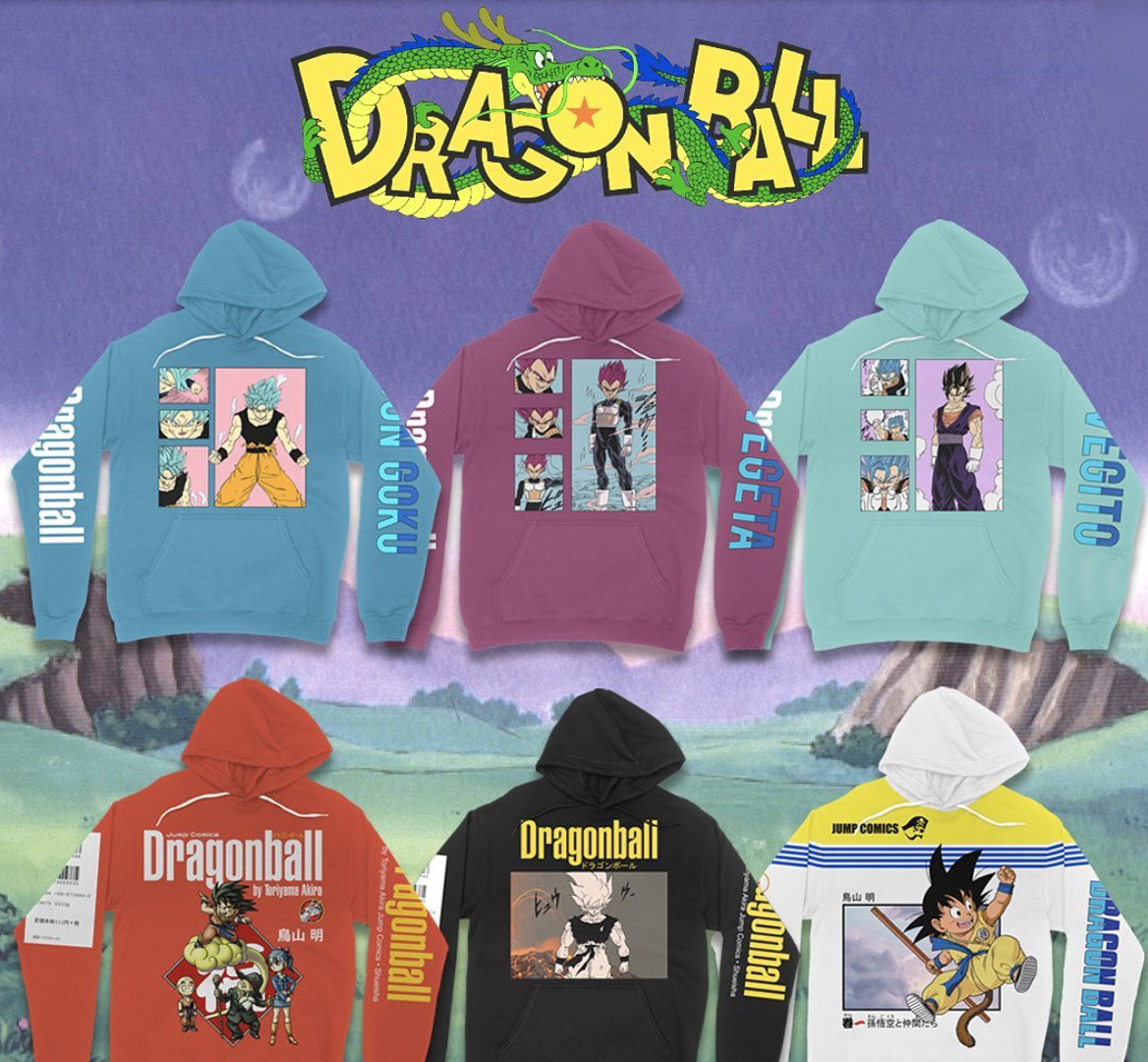 Japanese fashion and streetwear are inextricably linked. As the umbrella of the term 'streetwear' continues to expand, numerous brands and styles are encapsulated by the once more niche term. Many brands of various styles, from Americana to high fashion, now exist within the expanse of streetwear. In this article, we'll look at some of the best Japanese streetwear brands available on the market right now, and then jump into some streetwear brands inspired by anime worldwide. First, a short history of the relationship between anime and Japanese streetwear.

How Anime Has Influenced Streetwear

With the advent of streaming services, channel surfing has become a lost art form. Children stuck at home on sick days or before bedtime don’t scan the airwaves looking for stimulation, as they’re now privy to endless on-demand content of any genre or style. Although the plethora of choices available at a moment’s notice is certainly an embarrassment of riches, there was something magical about the discovery of a new, unexpected television show—stumbled upon in moments of bored desperation.

Back in the early ’00s, Cartoon Network began broadcasting Japanese animation in the Toonami scheduling block and airing adult-oriented cartoons during the late-night [adult swim] block, providing a sharp contrast to the usual colorful kids' media. These series were often darkly apocalyptic, deeply surreal or comically hypersexual. While we’ve come to expect certain kinds of highbrow twists on the small screen in the current Golden Age of prestige TV, this kind of cerebral entertainment was somewhat unheard of at the time, especially when packaged as hand-drawn artworks.

[adult swim] and Toonami were how many Americans discovered the existence of anime—the genuinely bizarre aesthetics of post-modern Japanese cinema were suddenly shown to teens and tweens acting as their first exposure to avant-gardism. While some shows were silly adventure capers with motifs of existential woe (like Cowboy Bebop, Trigun, Inuyasha and Big O), others explored Y2K-era fears of technology and the emergence of cyberspace (like Paranoia Agent, Serial Experiments Lain, Neon Genesis Evangelion, FLCL and Ghost in the Shell). The artistic statements behind these works were far more dense and inaccessible than American sci-fi at the time—the latter favored big-budget special effects and celebrity name power over intellectual exploration.

“At the time it felt niche—it was a secret that made you feel seen,” said Katie Rose Leon, who runs the Ballin' Out SUPER podcast that covers nostalgic anime faves from a distinctly feminist and leftist political viewpoint. “You had to know where to find it. Communities and friendships were built around it. It also offered a visual alternative to Western cartoons during the late '90s and early aughts, which were largely angular and masculine. Good aesthetics go a long way.”

For LGBTQ audiences, anime was particularly meaningful in that it was many young queers’ first exposure to sexuality that wasn’t strictly heterosexual—outside of pornography. Although these days, Japan remains somewhat behind the times when it comes to LGBTQ politics (same-sex marriage is not legal in Japan), queer and queer-coded characters frequently popped up in anime of that era. Although a lot of the overt LGBTQ stories were heavily censored, fans could see through the veil. These sexual minority characters were often three-dimensional and fully realized. Sometimes, they were even the protagonists, which was unfathomable, given the more significant cultural landscape. No wonder millennial LGBTQs have such an affection for anime—and why cosplay drag (sometimes called crossplay) has become its subcategory of queer performance art.

“Most anime protagonists (especially in the shonen genre) are underdogs who usually have to fight against the odds for survival,” says Blvck Laé D., a Brooklyn-based drag performer whose looks are heavily inspired by Japanese sci-fi. “I think the theme of surviving resonates with a lot of queer babes.”

And now, everything old is new again. “Retro” fashion always works in entirely predictable 20-year cycles, and as we dip into 2020, our favorite niche hobbies from the beginning of the new millennium are coming back. The current cultural fixation on cyberpunk was foreseeable for these reasons. One of the biggest influences on cyberpunk? Anime.

“Shows like Yu Yu Hakusho and movies like Akira set the tone for a lot of the trends we see today,” Laé added.

Tumblr fashionistas have long been observing the similarities between couture designs and anime fashions, but in 2019 and beyond, there’s an increasing parallel between the fantasy looks of anime and readily available streetwear. What once was a sort of shameful hobby has now fully entered the domain of cutting edge style. Anime-influenced design now takes both the tropes of the late ’90s and early ‘00s Japan or directly lifts imagery from the most beloved cartoons. Streetwear designers are taking cues from the characters in animated psychodramas, who sometimes donned normcore clothing (lots of school uniforms, loose-fitting button-downs and pleated skirts), but would transform into superheroes, clad in sexy fantasy gear.

“The demographics who dictate fashion trends are usually hip POC or LGBTQs,” Leon says. “These groups were specifically influenced by anime because it offered representation in an entertainment void where they otherwise couldn’t see themselves at all. The internet has sped up nostalgia, and it’s super profitable. That’s Disney+’s whole model; people no longer watch cable TV, but it’s easier to find anime to watch than ever [on demand]. It’s no longer relegated to nerds. The best rappers sample anime; Goku is all over streetwear. Everyone can easily access it, and the gatekeeping is gone.”

Ironically, it’s mostly non-Japanese designers who are interested in resurrecting anime classics for the sake of fashion—although the genre has gotten “cool” in the United States, anime is still a shameful hobby in the country where it was invented. Takashi Murakami’s designs for Louis Vuitton and Kanye West are perhaps the notable exception to the rule, although Murakami’s so-called superflatist visual style was created to critique the affective deadness of easily consumable luxury objects. Instead, it’s usually Western urban populations that find themselves fixated on the visual imagery of anime. The reach goes well into Latin America, where anime characters quite frequently populate the T-shirts and accessories of the hippest trendsetters.

The rise of anime in streetwear is also politically prescient: Although every genre of anime exists (horror, romance, sci-fi and drama), it was specifically the dystopian and apocalyptic cartoons that attracted a bulk of viewers. Although the predictions of doomsday wound up being wrong, it’s no surprise that people are drawn to end-of-the-world scenarios like those posed in Angel Sanctuary or X/1999 as we approach an impending climate crisis and tumble headfirst toward fascism.

The rest of the entries on this list are not Japanese streetwear brands, but brands from all around the globe inspired by anime and demonstrating the lasting effect the media style has had on streetwear.