Keiser Clark Might Be the Next Big Streetwear Brand 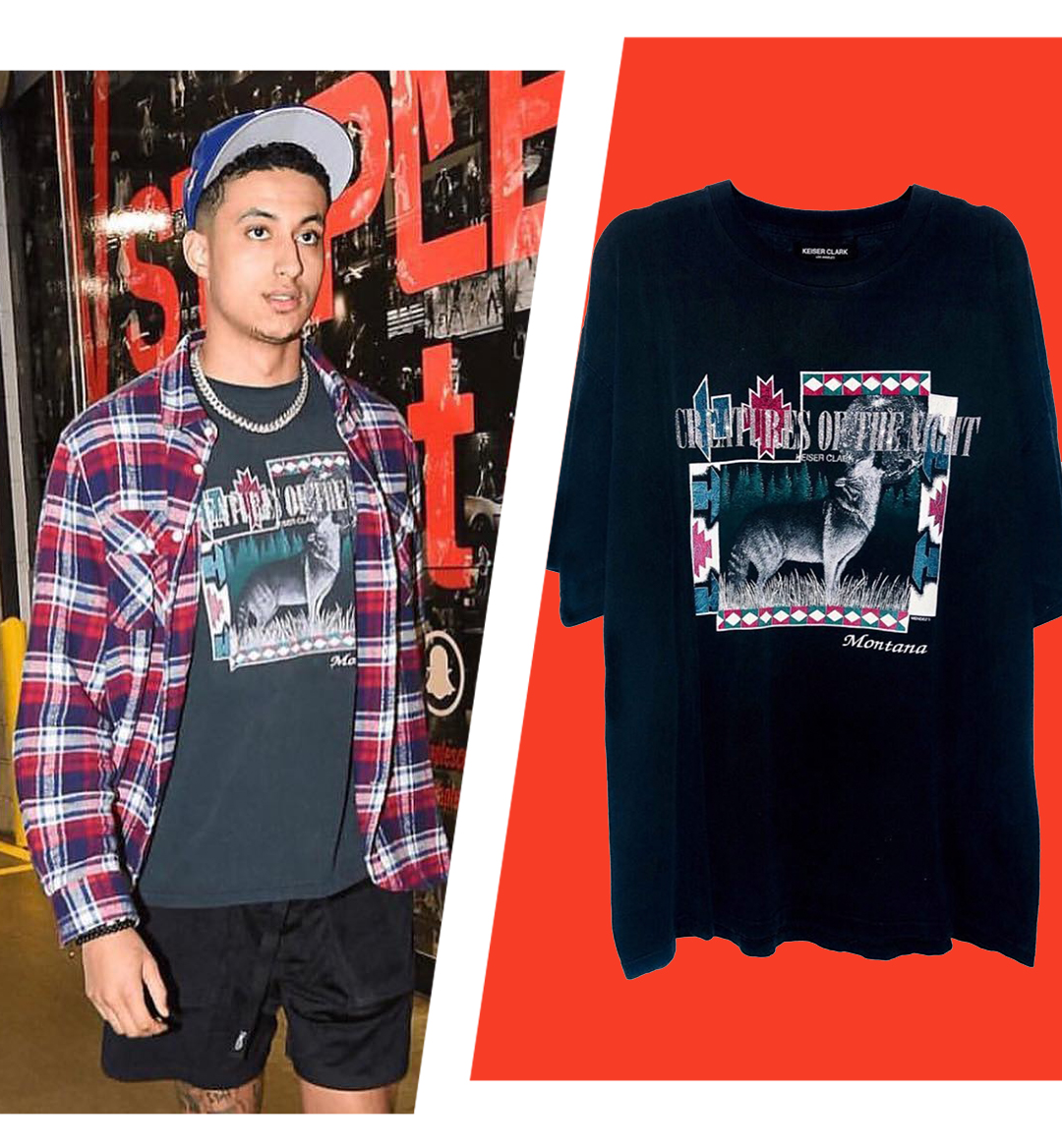 When Keiser Clark was born in 2017, the streetwear brand that is known for their fire Instagram and their 'Creatures of the Night' tees, couldn’t have launched at a more opportune time. The lines that once divided menswear and streetwear has begun to dissipate. A fashion industry that had historically shunned streetwear was finally learning to take its creative cues from a sub-genre that had ballooned into a nearly billion-dollar industry in the blink of an eye. They were also hiring its most esteemed talent, poaching peerless luminaries like Virgil Abloh, Yoon Ahn and Demna Gvasalia. Keiser Clark was following a burgeoning class of Los Angeles-based streetwear labels credited with shifting the coastal style zenith.

’Creatures of the Night’

Though New York City has long been the streetwear capital, an assertive style uprising on the opposite end of the country has not so quietly stripped that title. Brands like Fear of God, Amiri, Rhude, John Elliott, Stampd and 424 call Los Angeles home. Collectively, they represent a fierce roster of what is now, easily expanding beyond local territory into the U.S. and beyond.

Keiser Clark, the budding ready-to-wear label founded by Marc Keiser and Andrew Clark, is of the same ilk. Back in 2016, before the brand officially formed, Keiser and Clark were producing one-off leather jackets for close friends. Keiser, at the time, was studying to be a lawyer and had just passed the bar exam. It was around that time that their leather jackets began to trend socially, as early brand supporters brought notoriety to the designers by posting their exclusive outerwear on Instagram.

The duo quickly got more work. Stylists were calling for exclusive pieces for their buzzy clients to wear. That’s when Keiser and Clark quickly realized their unique entry into the fashion industry.

Keiser Clark is undeniably street. Much of what drives the city’s style lives deep within the brand’s identity and is apparent on their Instagram. Rock and roll ethos courses through the label’s bloodline, amplified by a glorious noir sentiment that acts as a kind of nocturnal soundtrack. Everything is bold by design: aggressive and meant to disrupt. Invariably, this has attracted celebrities to the imposing start-up. They count Michael B. Jordan, Odell Beckham Jr., James Harden, Steph Curry, Russell Westbrook and Victor Cruz as fans.

Earlier this month, during Paris Fashion Week, Keiser Clark presented its Spring/Summer 2020 “Canis Familiaris. The Dog.” collection. Rooted in familial anecdotes fueled by past memories and interpersonal connections, the result, without question, is the brand’s best work yet. A classically romantic aesthetic with hazy modernity was shown with Western-inspired detective sport coats, black lambskin leather button-ups and cargo anoraks in black satin. Keiser Clark is reimagining American utility-wear with a gripping edge.

Los Angeles is steeped in budding and established talent alike. Keiser Clark is certainly of the former, yet given their knowledge of fabrication, texture and patterns, we need not worry that they’ll be accepted by the latter. And with pieces from their current collection already selling out in the U.S. and Japan, it’s clear that Keiser Clark is deserving of the torch they’ve been passed.

Related: Meet the Guy Behind Streetwear’s Most Promising Label