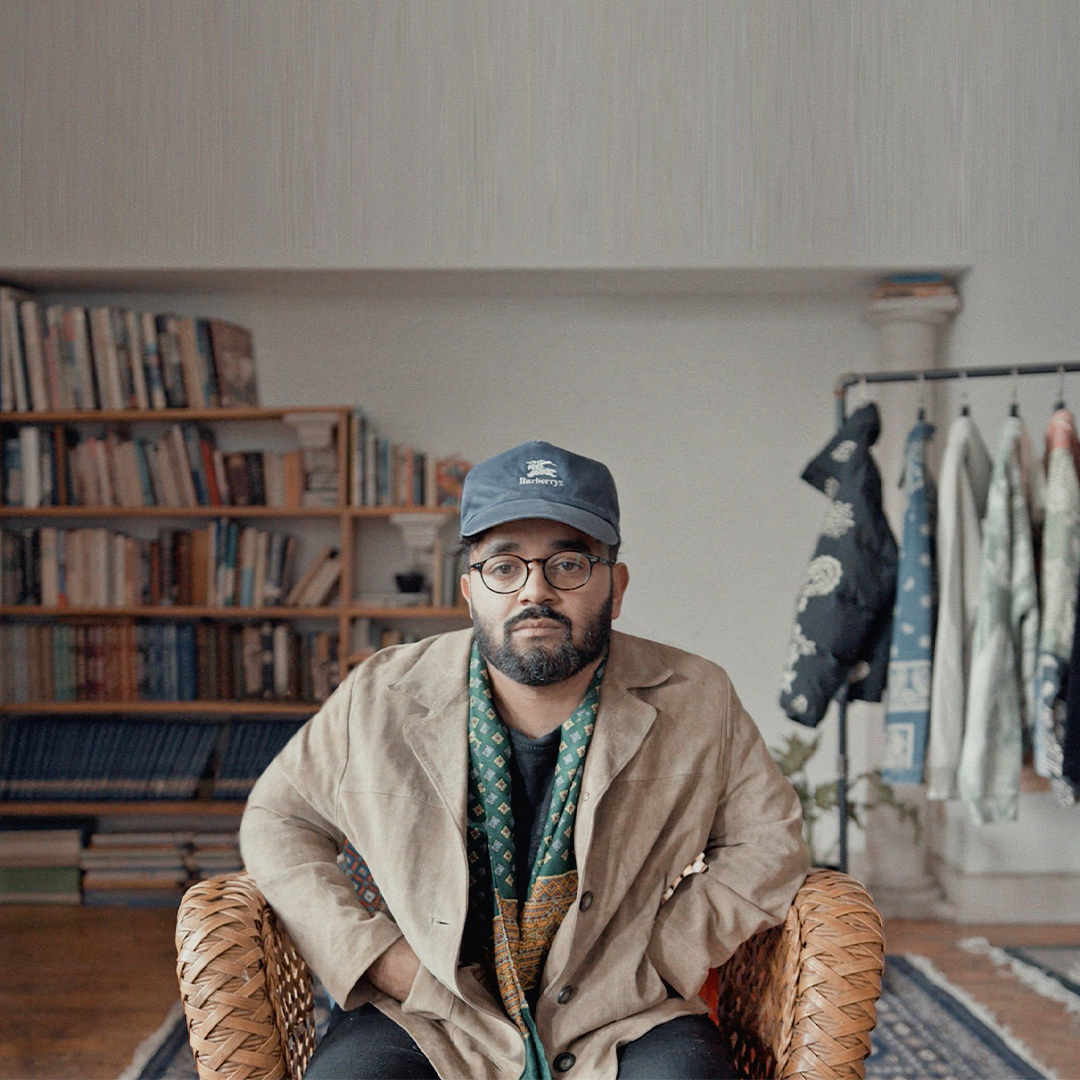 “I did a bunch of random things,” Faraz Zaidi chuckles to me before adding: “But a lot of them had the foundation of just building. I always like to figure things out and find the process to things.” After some years of experimentation, Faraz’s building culminated in the 2009 establishment of his now-renowned brand Profound Co. Throughout our conversation, Faraz’s nascent fascination with this concept of “building” is clearly still coursing through the entirety of his practice with Profound.

The Genesis of Profound CO

“It took a little bit of time to get things in motion, but I would say early 2009, we started,” Faraz tells me. After years of uncertainty (“the first three years of college were me just dabbling with sort of random subjects”), Faraz eventually studied and graduated with a degree in Visual Art, Business Economics and a minor in Psychology. All of which contribute to what he does today. For the few years after college, he worked “at Best Buy selling TVs,” “at the Coca-Cola factory in North Brunswick driving a forklift,” “as a barber,” and more.

And in this era, Faraz tells me:

“I feel like we were sort of in a landscape when there weren't a lot of brands that were saying something of value. Everything felt a bit superficial. It felt a bit surface level. So my sort of purpose very, very early on was to have a point of view and to tell a story.

"There's a narrative, there's a story to be told. A lot of that story was just rooted in where I came from. I was born in Pakistan. I moved here when I was three with my family. And I went back quite a few times. And then just taking the culture of that place, which is a place where not many people pursue anything creative—and sort of combining that with what I learned here. And a lot of the fabrics, the textiles. A lot of the reference points come from that culture, but a lot of it's still rooted in the West. So it's this sort of interesting mix of where I come from and where I live, East and West."

The catalyst was sharing a story, adding meaning to fashion—finding some purpose. And building the best possible clothing we could build.

In the early days, Faraz—along with his sister and cousin—started with a few slogan tee shirts. The initial motto of the brand was “Designed for the conscious mind.” So one of the first releases was a shirt with the tagline: “Piece by Peace.” The goal was “using the t-shirt as sort of like this artistic canvas to express something.” He and his team did a few more tees before pivoting into hoodies: “We started extremely small. We didn't have much money to really do much back then. So we found a local silk screen printer. Learned Photoshop. Just got two shirts printed. And then two turned to four. Four turned to six. Six turned to two hoodies. Two hoodies turned to three hats, and then ended up being a fully formed collection a few years later.”

To this day, Faraz, his sister, and cousin work to strike a balance between the philosophical side of the brand and a desire to just make easy, accessible clothing. “If you are someone that is interested in that story, you'll get that story from it. If you're someone that just wants a hoodie or a pair of pants and just think it fits well and it looks like you like the wash on it—and it's priced reasonably—you'll buy it. It's sort of something for both audiences."

Faraz encapsulates Profound succinctly as such: “A channel of communication via the medium of fashion.” 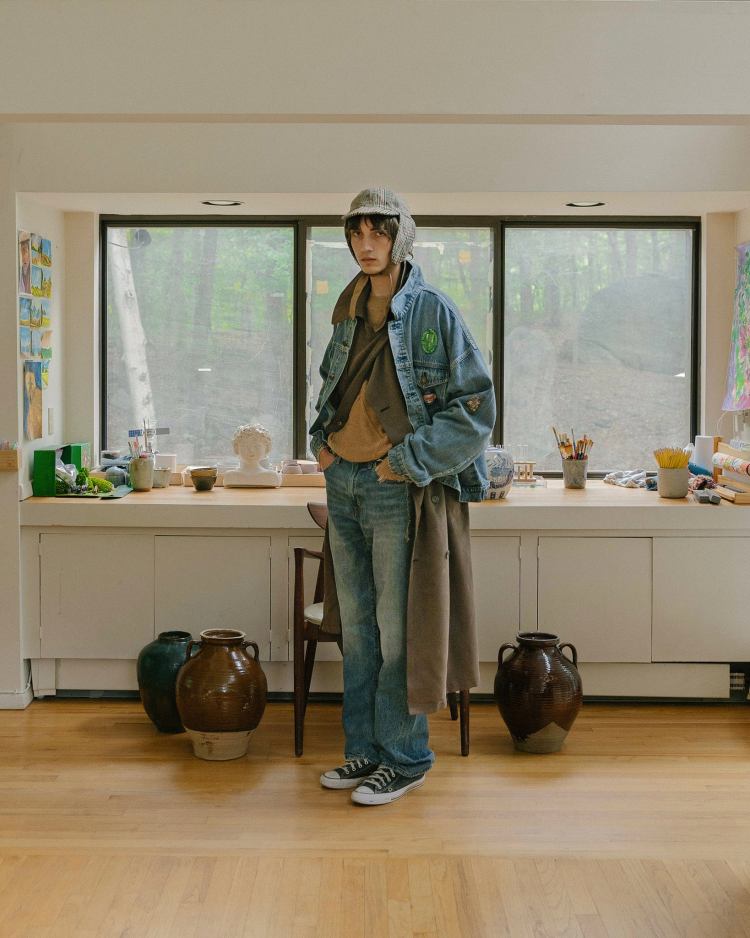 The most recent collection was entitled, No Distance Left to Run, and Faraz sees it as a response to emerging from the pandemic and beginning to see it as a chapter in all of our unraveling stories.

Viewing the brand as a “functional based solution to a wardrobe,” Faraz envisions the future of Profound as an overarching umbrella with multiple sub labels within it. 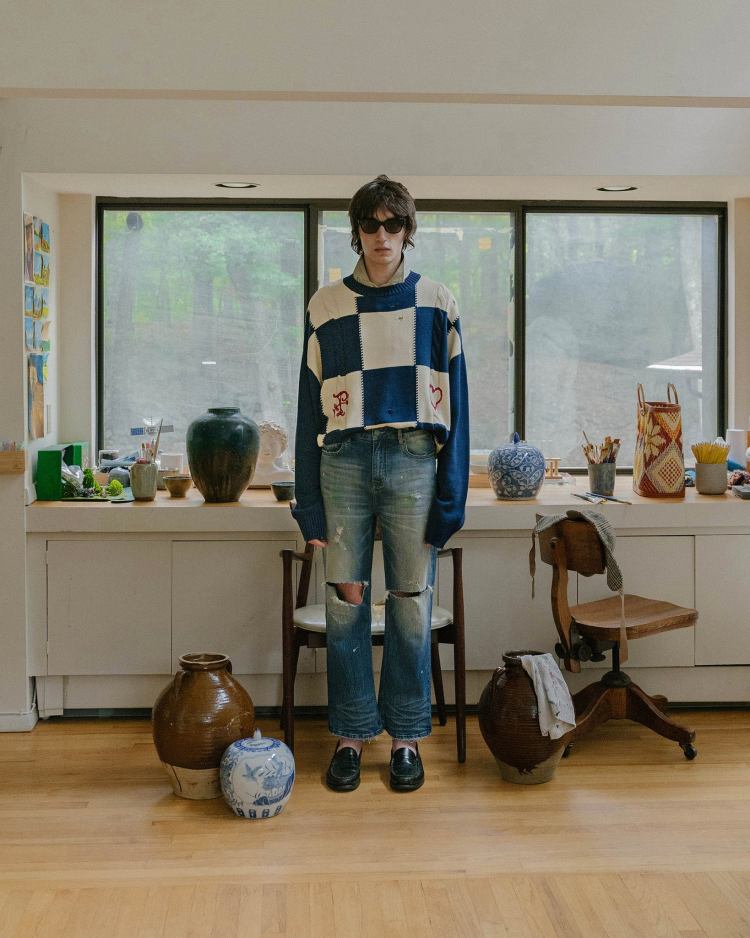 The Future of Profound Co

“We're most excited about building out this new sub-label, this new tier of the brand. Its two sub labels. The one that is upcoming, which hopefully we're looking to launch it by early 2023. The uniform core label," Faraz explains to me. They also plan to expand into jewelry, home goods, footwear and eventually womenswear.

“I'm excited about the next chapter of the brand, which is hopefully doing home goods,” Faraz tells me, before going on to summarize the many branching ambitions of the brand we’ve discussed thus far. “So the vision is Profound sort of exists at this top tier. If it's a tree, the foundation is Profound. And then each branch is this sub-label.”

“We're looking forward to doing more campaigns, more video content. Just digging a bit deeper into the story and sharing that more. I feel like the last year has been very product based, so I kind of want to dive back into sharing actual storytelling, you know?” he tells me of some more future goals. And then, as we emerge from the pandemic, we discuss the future potential for an in-person headquarters of the brand. 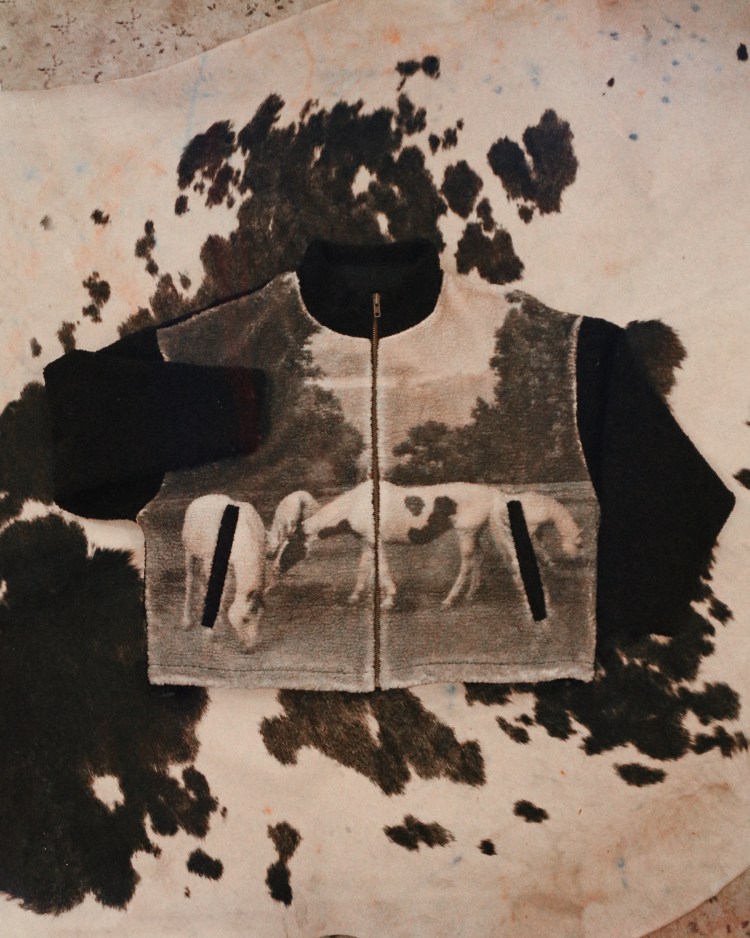 “I think a lot of us have become a bit desensitized and jaded towards everything digital, even though it exists for a purpose. It's useful to have e-comm and useful to have an Instagram and social media channels, but I've always really been drawn to things in the physical space. So to be able to walk into a store, and get an immediate sense of what the identity of the brand is, whether it's through certain art on the wall or it's like the, you know, the patina on the wood or the scent of the place. There's all these different factors, because each successful brand has an identity.” We discuss a few brands have managed to accomplish this incredibly well in recent years, from Bode to Snow Peak and more.

Physically translating a thing that only existed in a digital space is probably one of the most exciting journeys we could ever be on.

As we begin to conclude our conversation, we turn to gratitude and Faraz's favorite aspects of his job: "As far as the entrepreneur part of me, it's being able to provide for people, being able to hire people. Giving people some sense of purpose and enjoyment in what they do. Being a leader for a team of people that really are committed to the purpose of what the brand is."

We soon turn to the artistic facets of his role. "My favorite thing has always been creation. I like coming up with a concept or an idea for something that lives in your head for X amount of time. And then you're able to actualize it, bring it to fruition," he tells me, pausing before he adds with a smile: "As an artist, that's the thing that gives me the most satisfaction."