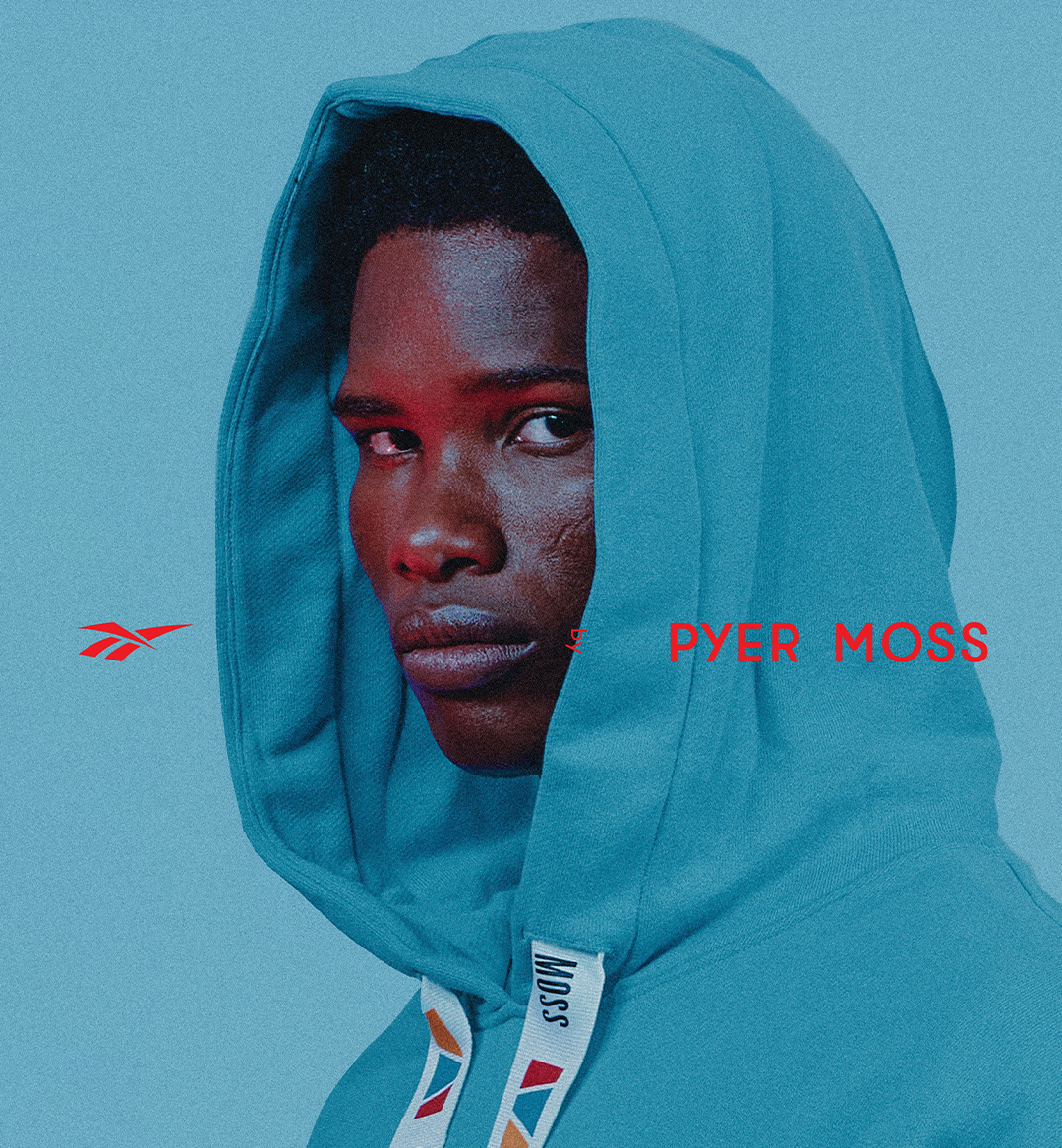 Pyer Moss has announced the fourth and final installment of their partnership with Reebok, set to arrive later this month. Pyer Moss has worked with the sportswear giant since 2017, serving up collaborative collections as well as era-defining sneaker projects such as the experiment series and sculpt model. 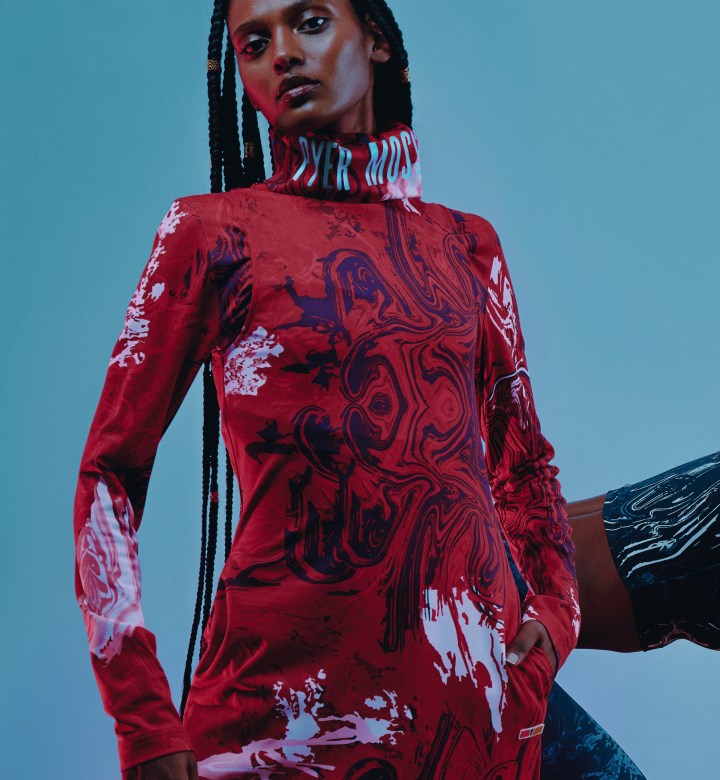 Inspired by spiritual statues and artifacts, the collection features a range of men's, women's, and unisex apparel as well as accessories. On top of the usual hoodies and leggings seen in sportswear collaborations, the collection features mock neck dresses, full length coats, and cropped track jackets. Many of the garments are covered in a stunning overall print that recalls imagery of marbling or paint in water, in varying shades of red and blue.

The collection calls into question traditional ideas of a higher power, and encourages the spirituality of the wearer and their ability to relate to those within their own communities. 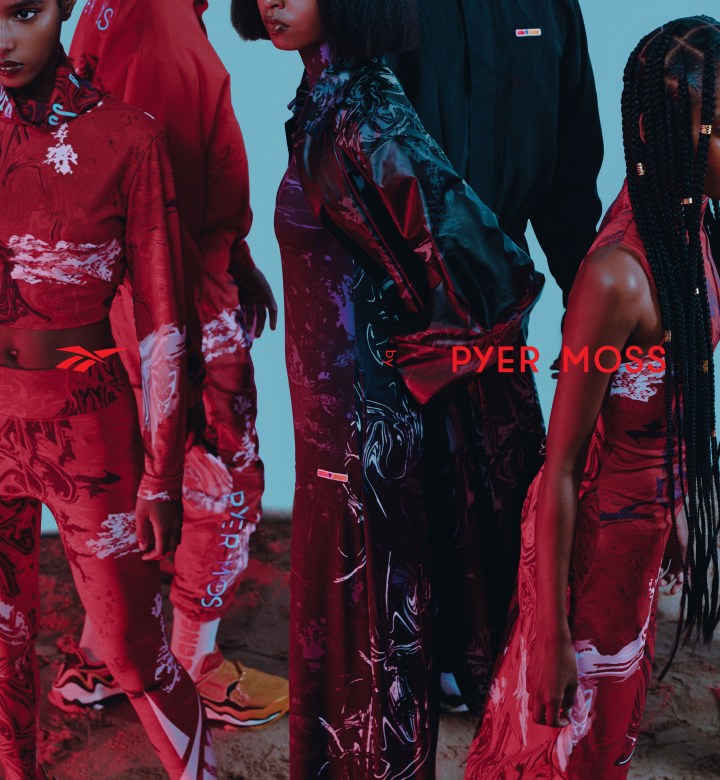 Additionally, the imagery hints at an upcoming trainer silhouette in the future. Reebok by Pyer Moss Collection 4 will be available this Saturday, March 26 at Pyer Moss' and Reebok's online stores, as well as other select retailers.

The collection comes just one month after it was announced that Kirby Jean-Raymond would be ending his tenure as Global Creative Director for Reebok after joining in September of 2020. The designer has had a longstanding relationship with the brand, begging the question as to why he is leaving.

Jean-Raymond's departure coincides with major changes at Reebok, which was sold to Authentic Brands Group for 2.1 billion euros by former owner Adidas last August. Sales reportedly dropped by 16 per cent in 2020, no doubt leading to many of the changes currently seen at the company. ABG has plans to lean Reebok into the luxury market even further, so we will see what the future holds.