The System of a Down legend didn't get into cannabis overnight 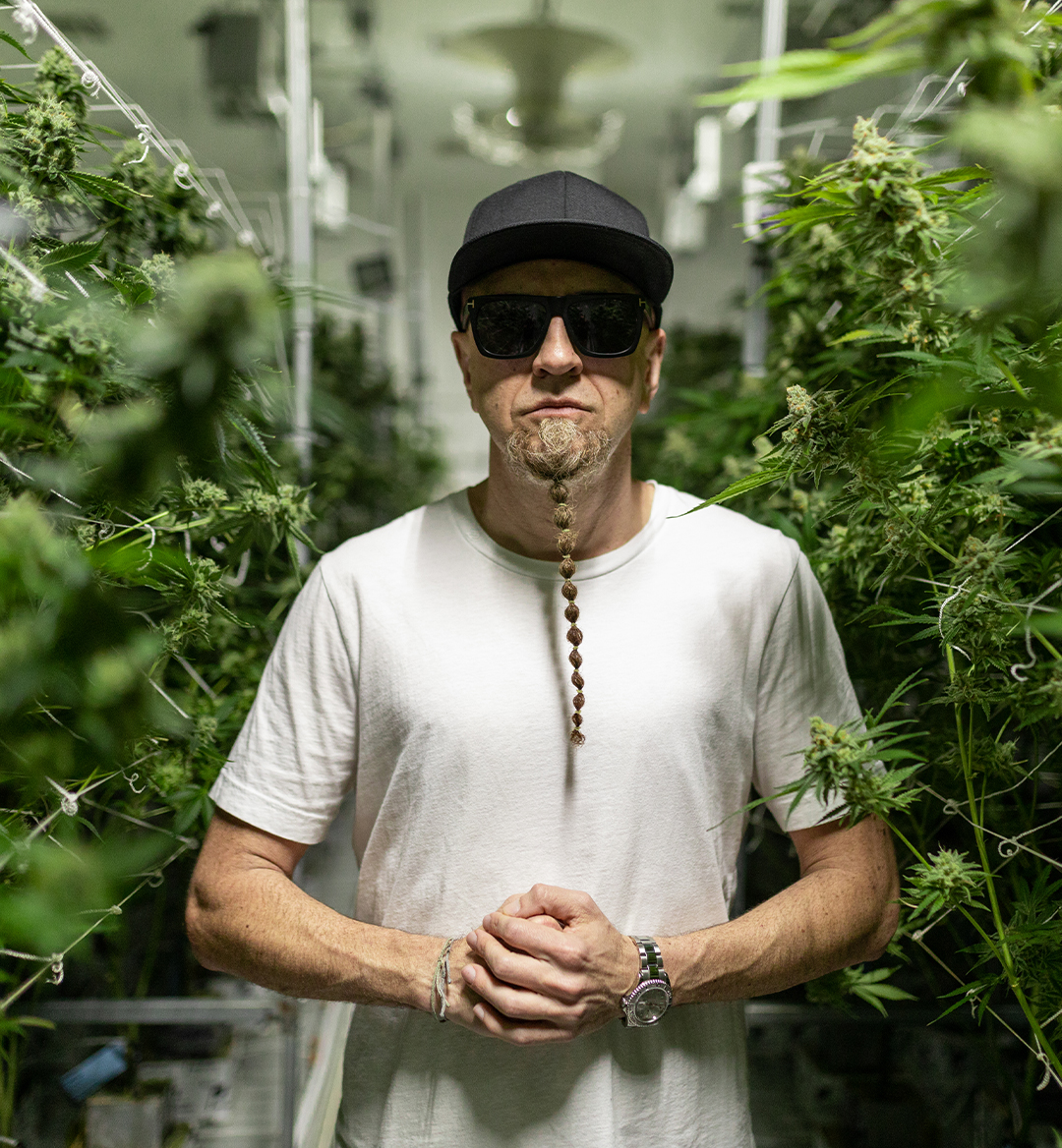 Rarely do I have a conversation that makes as lasting of an impression as my chat with Shavo Odadjian, legendary bass player to System of a Down and multi-hyphenate entrepreneur behind cannabis lifestyle brand 22Red. Every utterance from Shavo courses with humility and a knowledge that he is continuing to evolve every day. The things he learned as a 21 year old in the streets of LA eagerly promoting System of a Down are as important now as they were then. I had the opportunity to catch up with the man himself to hear a bit about his genesis and the process of developing a weed brand as a longtime lover of cannabis.

Initially conceptualized as a lifestyle brand, Shavo came up with the concept for 22Red in 2017. He had always identified as a cannabis advocate, but didn’t want to hop into the game just for the sake of hopping. “I didn’t want to be a celebrity brand and just put my name on shit. I’m not that guy. I’m hands on,” he tells me, before explaining the meaning behind the brand’s cryptic name.

There’s truly no shortage of reasonings behind why Shavo holds the number 2 close to his heart. First off, he was born on April 22nd, which is two plus two (4) and then 22. He was 44 years old when he thought of the concept for the brand. His two sons are two years and twenty two days apart. The brand officially launched 11/11/18. Eleven plus eleven equals? The list goes on.

The inclusion of “Red” is based on his synesthesia and ability to see all numbers tied to a color. “Threes are yellow, ones are white, and twos are red,” he tells me, dropping it as if it’s a given.

As a lifelong cannabis enthusiast, Shavo wanted to get into cannabis, but wanted to make sure he did it right. He met some of the team behind Surreal Yields, which is now his official growing partner. Upon first meeting them, “I was like, ‘Wow bro.’ I could represent this,” he tells me, adding; “I started smoking it… and kept on smoking it.” Throughout our conversation, he emphasizes that he would never shill a product that he would not personally endorse and use. “I swear by it, or I wouldn’t want it in my store,” he smiles to me.

Initially a little hesitant to put his name on the brand for fear of being dismissed as a celeb brand, the selection and curation process was paramount. His partnership with Surreal Yields alleviated the fear. “I’d rather you love the brand because of the product and what we stand for. Let the product speak for itself,” he goes on to extrapolate to more general advice:

Let whatever you’re doing speak for itself.

Through it all, Shavo still views 22Red as a lifestyle brand and creative hub above all. “I love art, I love creative shit. I think there aren’t enough brands honoring the creatives,” he tells me. They run a program called ”Framed by 22Red” that spotlights creatives just for the love of art. “It’s people you might know, people you’ve never heard of,” he tells me, adding that he loves the program because “you might inspire another artist to move the needle.”

I was curious to hear how Shavo’s days beginning System of a Down on the streets of LA influenced his process of promoting and growing 22Red. “The hustle is really what I appreciate, because it’s in me too,” he tells me, before diving into the guerrilla marketing utilized by the band in their nascent days and how it’s applying to 22Red in the current moment.

“When System started, I was managing. I didn’t know that it was branding and marketing, I just knew how to represent a brand,” he tells me, referring to the time when he went around throwing stickers up in West Hollywood. “Even before we had a tape, I was already thinking about the vision and the flyers,” he chuckles to me. He tells me the story of creating this iconic image, which would go on to be a lot of folks in LA’s first introduction to the now world famous System of a Down. 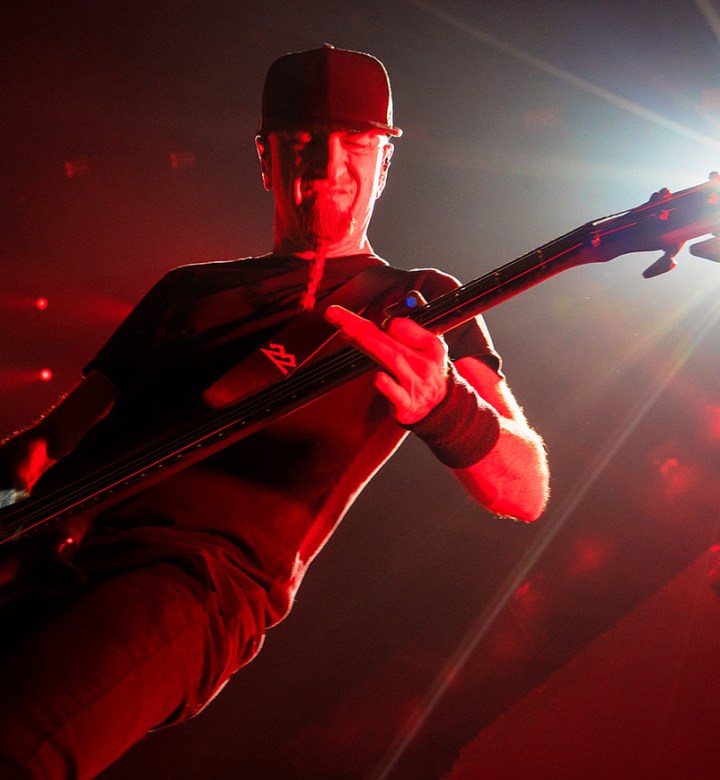 He would throw the flyers up around town, and when people asked him about the band name, he would respond: “Don’t worry about it. Just get used to this name.” This was barebones marketing before the concept really existed. “I just wanted the name to get engraved in people’s heads in Hollywood.”

“I learned how to brand something. I learned how to market what I branded,” he reflects on these early days. “When I decided to start a brand, I used that same mentality,” he explains, and especially with a lot of the regulations around marketing weed, these semi-unorthodox practices have been a perfect fit.

For both System of a Down and 22Red, there are essentially two benchmarks a “product” needs to hit. “It has to be two things, something I relate with and something I love. Then I can sell it to anyone,” he explains. “I believe in cannabis, I believe in the power of the medicine that it is,” he tells me.

And he has a special place in his heart for the 22Red products and some of the strains he has curated for the brand—from finding the perfect Sativa to uncovering other cross strains that avoid couch lock. Also a little pro tip I learned from Shavo: to really indulge in the flavors of a new strain, take a dry hit of the J before you light it up. I’ve been doing it every smoke since we spoke and it’s a life changer.

Shavo is still making music, he’s still hustling and he’s still—truly—one of the nicest guys I’ve ever met. He exudes kindness and candor in every moment of our interaction. He’s working on a collaboration with Brooklyn Projects as an homage to his roots skating in LA.