Taking a Look at the Style in 'The Woman King'

The costumes were perfection 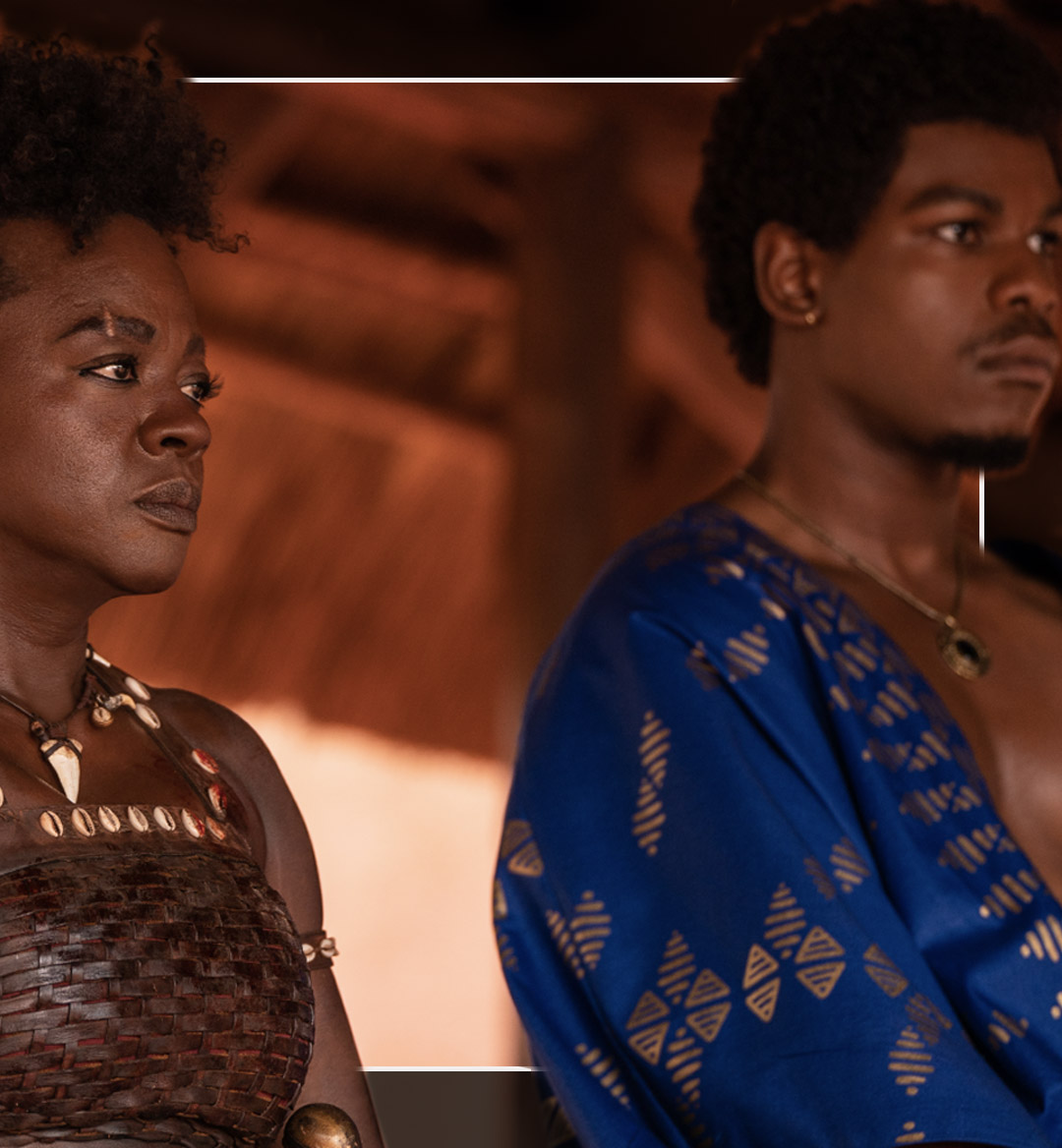 There are no other words to describe The Woman King other than phenomenal. Starring Viola Davis as General Nanisca, and directed by Gina Prince-Bythewood, the film chronicles the all-female group of warriors, the Agojie, as a new generation of warriors are trained to fight their enemies. And that, folks, is where the “standard review” stops. We’re actually going to be taking a look at the style in the film which was full of history, beauty, culture, pain, and passion.

Since we’re doing a style breakdown, there’s no spoiler alerts in here that will ruin the film if you haven’t seen it yet. In fact, this article will only want to make you see it more (or for a second or third time). We’re going to start by breaking it down into sections. 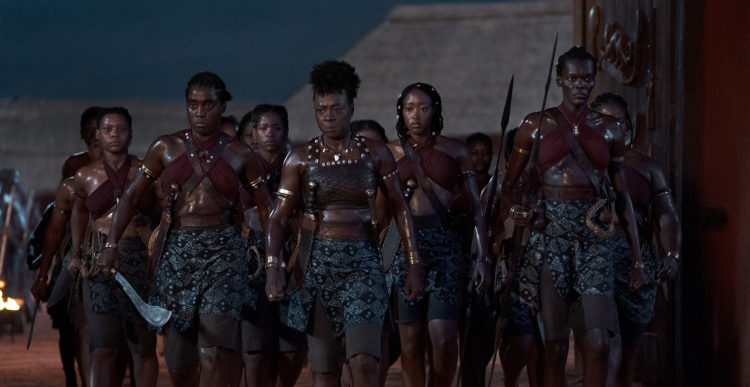 The warrior women of Dahomey often battled in wrap skirts with gorgeous designs, tunics, and halters. According to costume designer Gersha Phillips, the Agojie warriors in West Africa were historically known to wear baggy pants, but since the actors were going to be moving and fighting a lot, she wound up incorporating the use wrap skirts made with stretch-knit fabric and mobility.

Another incorporation was the use of cowry shells that would be gifted to the Agojie women by the King when they won the battles. Since General Nanisca was of high ranking, she had tons of exquisite pieces added to her breastplate costume to reflect her status.

As mentioned earlier, sometimes battle attire came in the form of tunics as we saw in the last part of the movie with Nawi (portrayed by Thuso Mbedu) with her white ensemble. 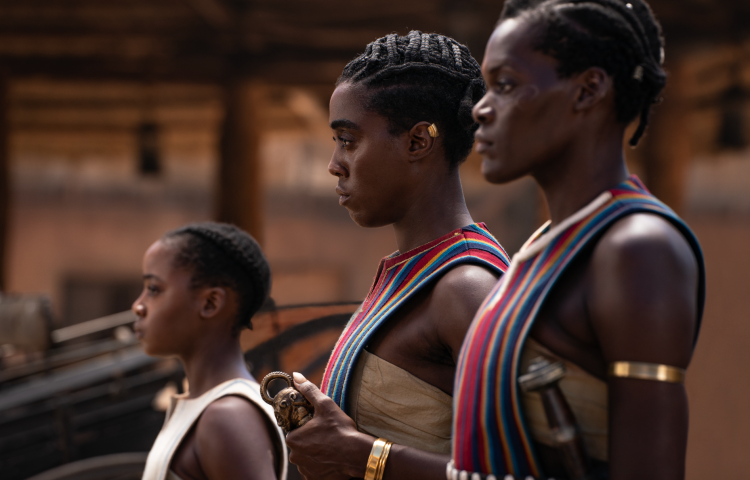 The training and ceremonial outfits (such as the blood oath), were similar to their battle costumes, but weren’t as elaborate, which is to be expected. You have your training outfits, and then the ones you go to war with.

The Dahomey Royals (of which John Boyega portrayed the King) dressed beautifully, with bright blue garments consisting of gold and silver accents, and gorgeous brown wraps that accentuated their silky brown skin tones.

General Nanisca could also be seen with a beautiful twist-out, which she would let loose when relaxing in the water.

The makeup was also a standout in the film. Most of the Agojie warriors did not wear makeup, but the royal women did with different styles of cat-eye liquid liner looks, eyeshadow, and subtle lipsticks. 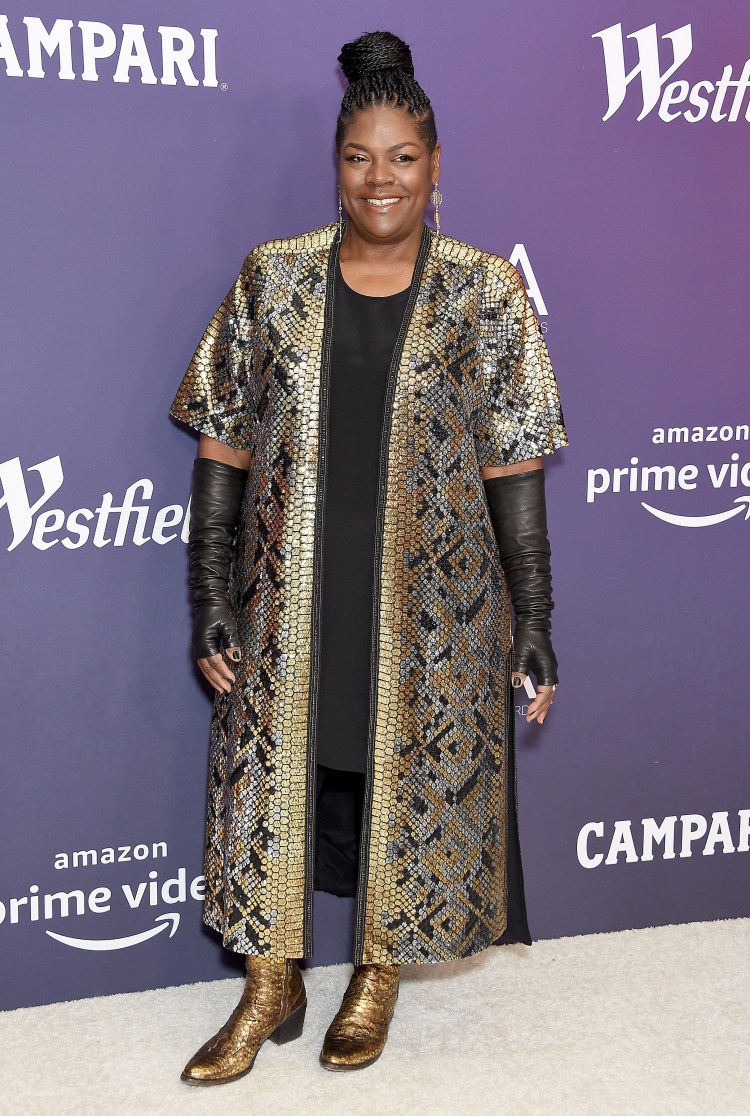 Gersha Phillips is a costume designer previously known for her work on the first three seasons of Star Trek: Discovery, and Star Trek: Short Treks. Her professional career spans almost thirty years, dating back to her work in various independent projects in the mid-1990s, along with additional film and television work in the 2000s and 2010s including: Barbershop (2005), My Big Fat Greek Wedding 2 (2016), Black Nativity (2013), and plenty more.

The Woman King is truly an awesome movie filled with bravery, love, courage, and everything in between. Make sure you check it out in theaters now.