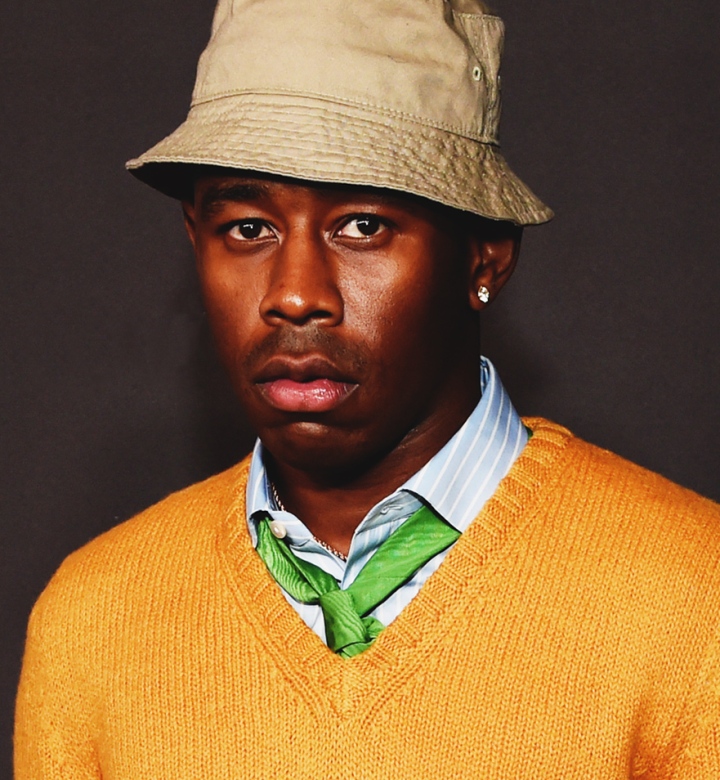 What once signified ‘90s stoner couture is now a hot accessory for hypebeasts across the nation. Surely the recontextualization of bucket hats as a "sleazecore" staple was predictable, as cycles in retro-wear are often quite foreseeable—but just because it’s obvious doesn’t make it any less chic.

The bucket hat trend specifically seeped into the mainstream culture from smartly dressed normcore LGBTQ people often spotted in hip urban areas like Bushwick, New York, or Berlin. Suddenly, the bucket hat is everywhere—and although those less in touch with the fashion zeitgeist may scoff, it’s obvious this trend isn’t going away quite yet.

What used to be a marker of a period’s tacky style inevitably becomes that decade’s defining feature, and bucket hats are no exception. But if you’re going for nostalgic anti-fashion, you’ve got to be smart with your choices, or you’ll miss the mark and look just plain gauche. With that in mind: We’ve collected ten on-trend bucket hats that’ll strike the perfect balance between intentionally ugly and fashion-forward. 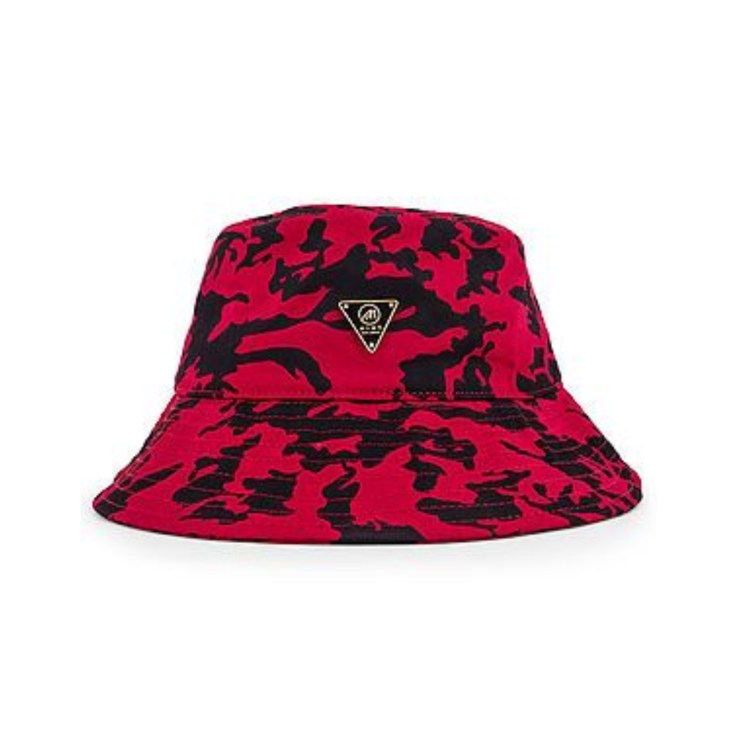 A straightforward camo design that’ll match the color palettes of most retro-inspired outfits, Mint specializes in ‘90s-inspired designs. They are informed by the visual language of PS1-era video games, which makes perfect sense with our current cultural fascination with the end of the last millennium. 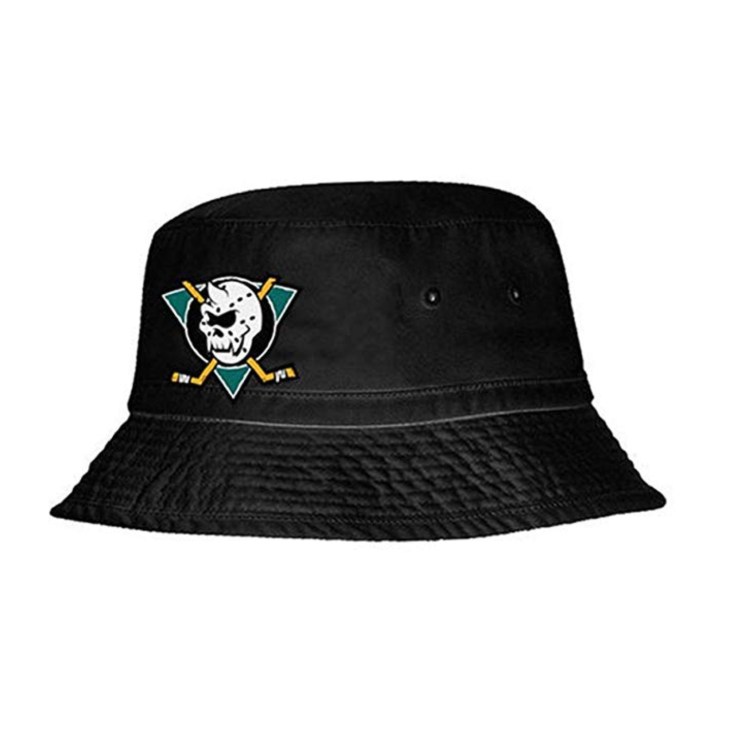 Quirky streetwear brand Mishka was ahead of the curve by producing bucket hats in the mid-2010s. Their hockey-inspired design was an obvious choice as a paradigm of the accessory’s resurgence. 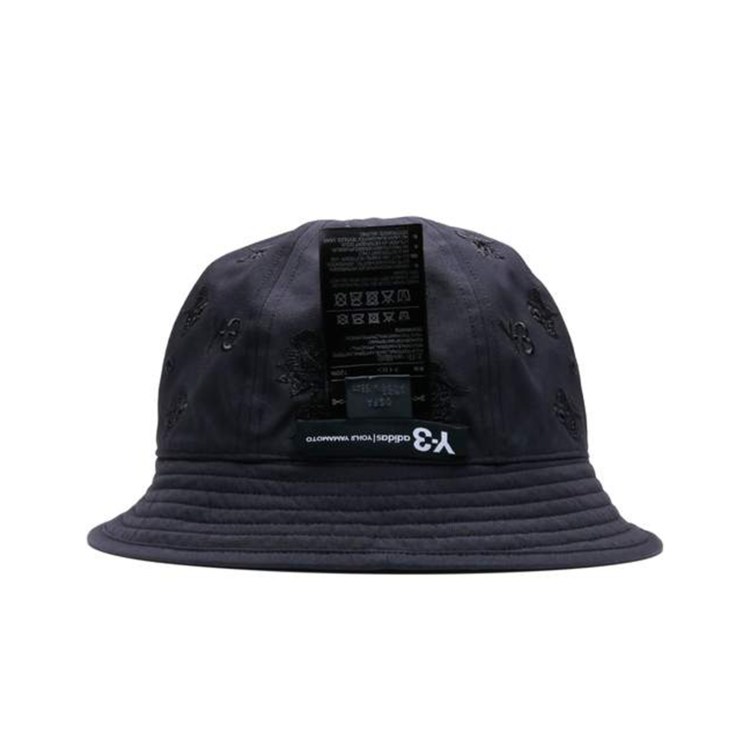 Yohji Yamamoto’s Adidas line is an ongoing deconstructionist experiment, taking the elements of classic sportswear and turning them inside out. The Y3 bucket hat is less experimental than what the brand has previously offered, but its smart take on athletic tropes remains intact. 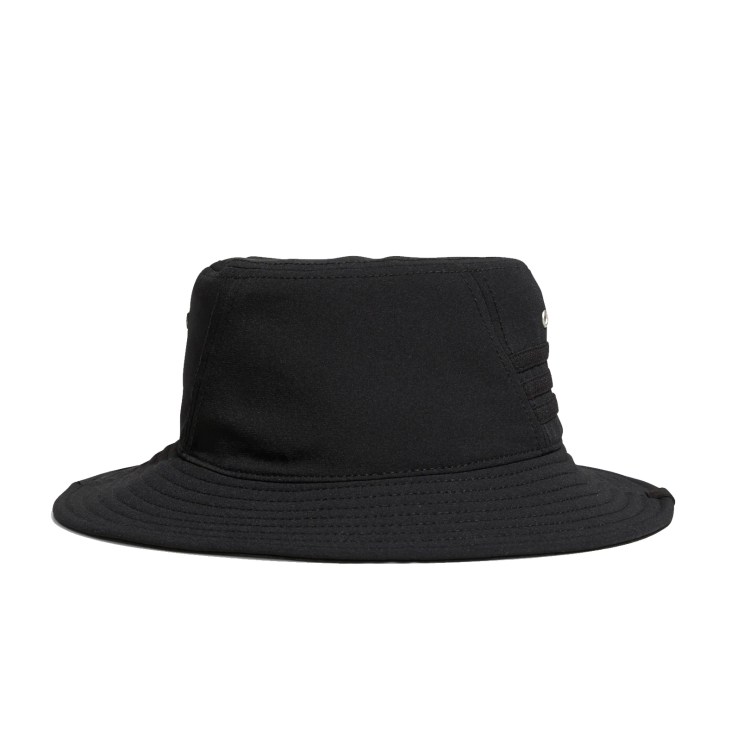 If Yamamoto’s post-modern take on headgear is too heady, the regular Adidas bucket hat is a no-frills and cheaper priced version that maintains the iconography of the brand. This version is equally as functional in inclement weather as it is for a night at the clubs. 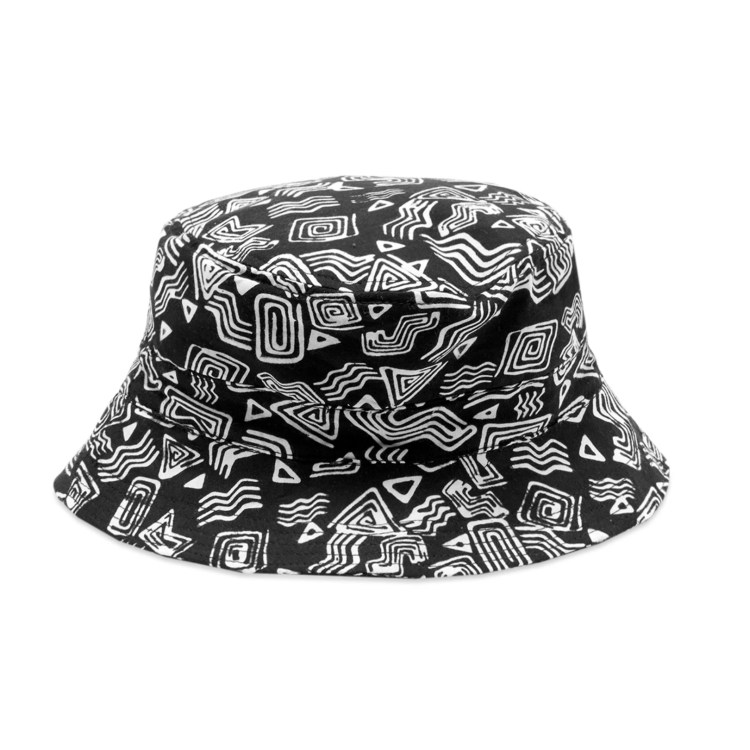 Serving “Fresh Prince” vibes, End’s callback to the golden era of hip-hop culture is far from subtle. This bucket hat is a clear and distinct throwback that plays on the best aspects of '90s design at an affordable price. 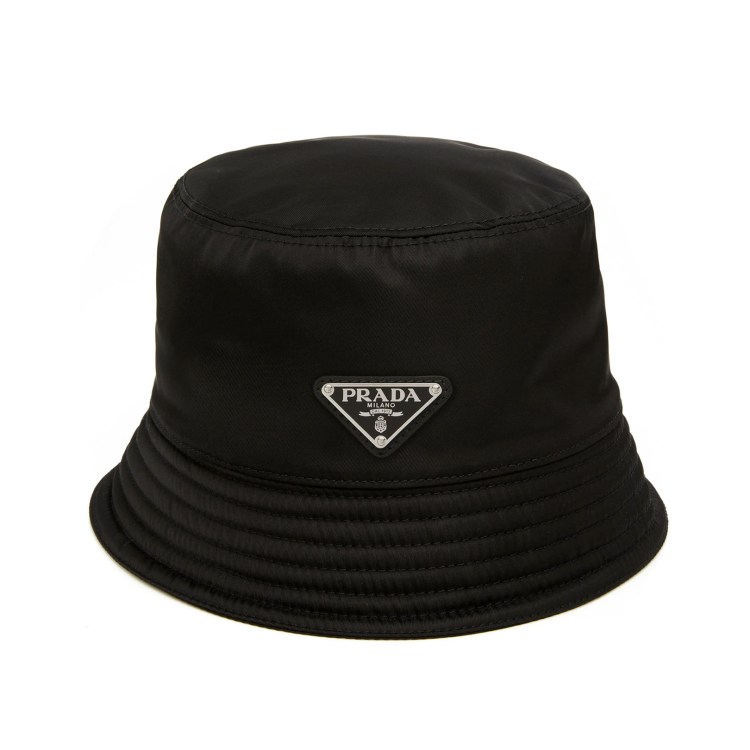 In the early ‘00s, the classic Prada bucket hat was a signifier of a certain kind of New York City’s Upper East Side wealth. But with the return of the trend approximately two decades later, a smart gender subversion makes this hat a statement piece that can pull together a posh outfit. 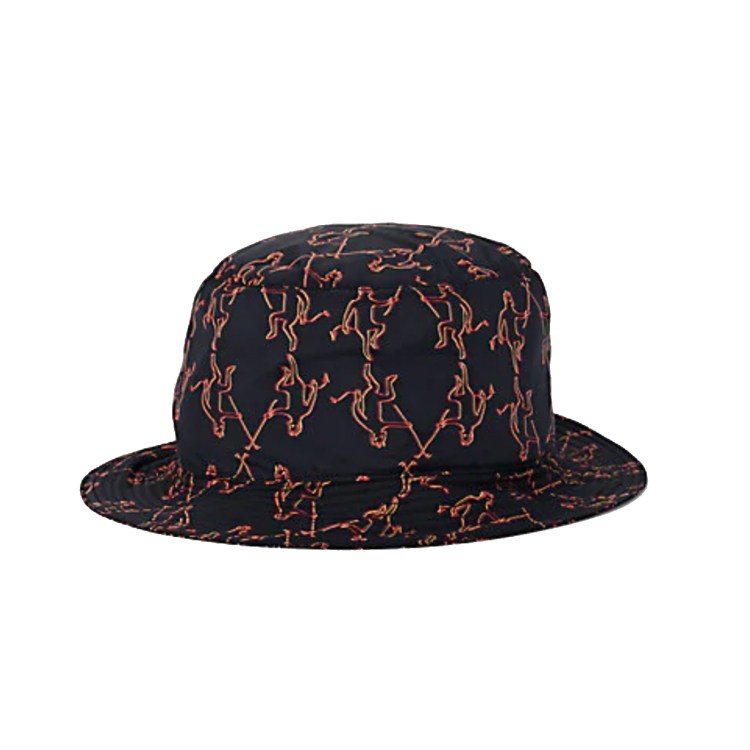 Atlantic City gift shop, but make it fashion. Fendi’s nearly $500 bucket hat is the perfect example of a cynically ironic style done right. Groan-inducing but smartly eye-catching, this is the high price point logical conclusion of where the bucket hat trend would end up. 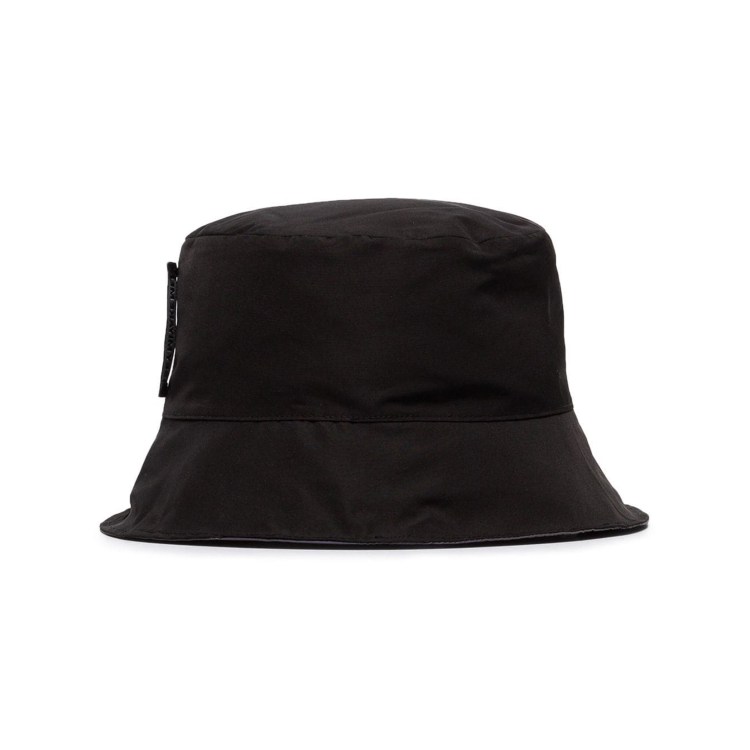 Issey Miyake’s take on the bucket hat is slightly more shaped than floppier alternatives, giving it a sophisticated look. Although closer to forbidden fedora territory here, the structure of the cap is far enough away from that fashion faux pas that no one reasonably would misrecognize the accessory. Instead, it looks more chic than ridiculous. 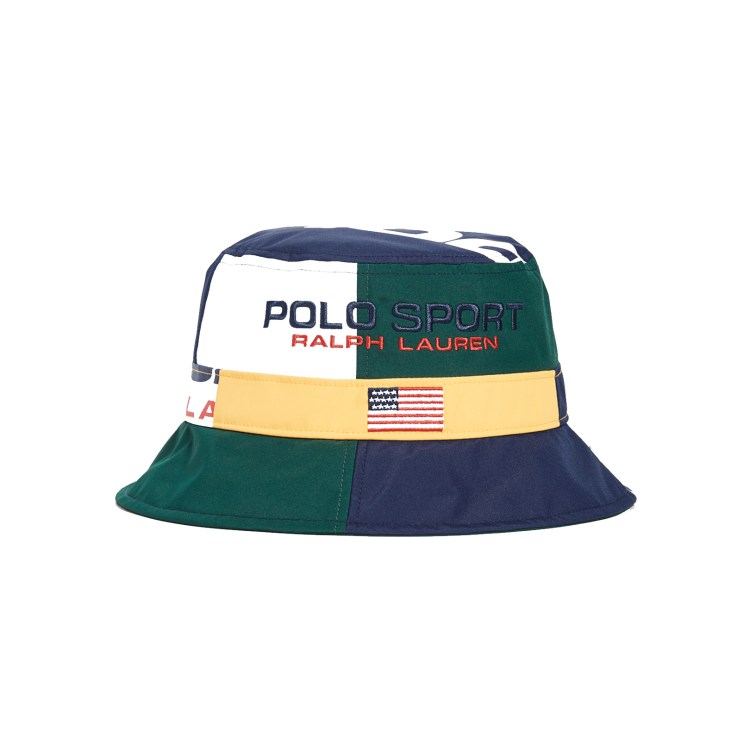 A specific style of clashing color blocking dominated suburban '90s fashion and hip-hop culture alike. Here, Polo recreated their vintage object styling. And although the color palette is far from vibrant, the pattern will evoke a particular time for millennials. 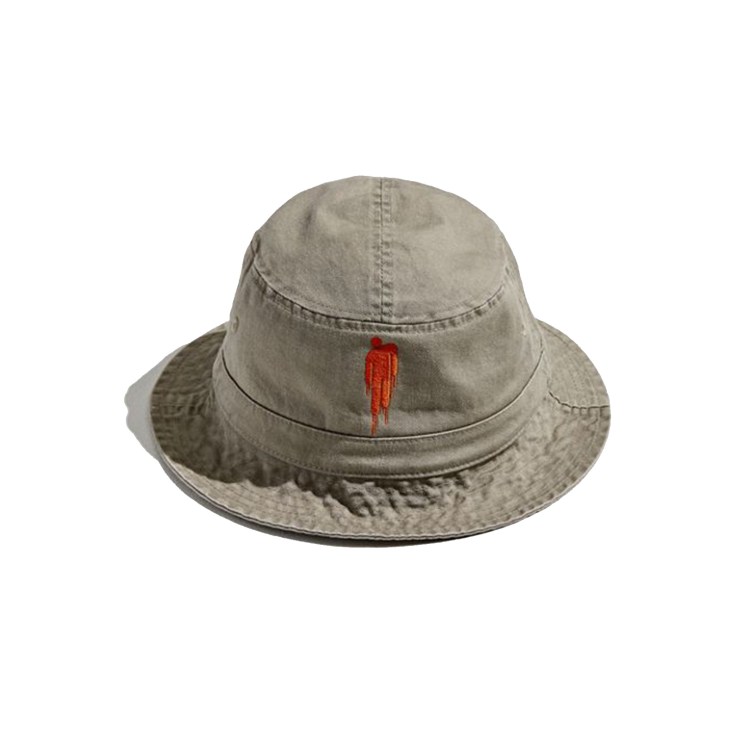 Billie Eilish’s update of teenage goth fashion has mixed in streetwear elements that fit into her dark, paranoid worldview. Her iconography borrows from heavy metal and pop-punk, and this bucket hat looks time-warped out of an old Warped Tour merch booth.

Urban Outfitters, $39
Slide 1 of 3
Did you like this article?