What is Bode? An Intro to the Designer Reinvigorating Menswear 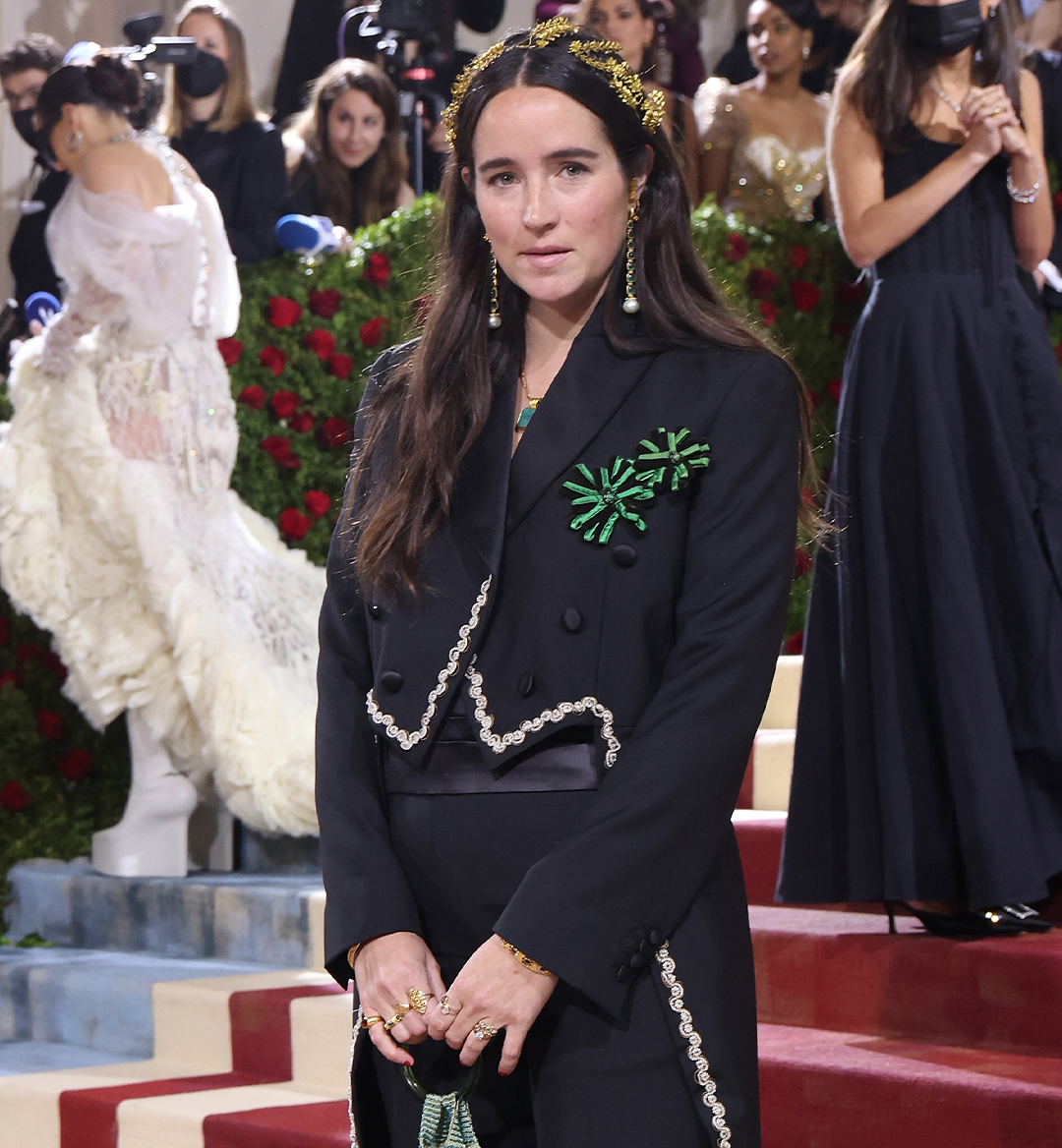 Anyone with an inkling of interest in the menswear world has, without a doubt, heard of Bode. Arguably the most era-defining brand out right now, Bode has ignited a lust for handcrafted heirloom garments, woven with threads of impeccable storytelling and top notch quality, in the hearts of New York's art crowd. That's not to say that Bode's influence is localized just to New York City. Far from it, in fact. Bode's success is globalizing and ever expanding, as the designer opened a store in Los Angeles in February of this year. For those still left asking, "What is Bode?" we're here to help. 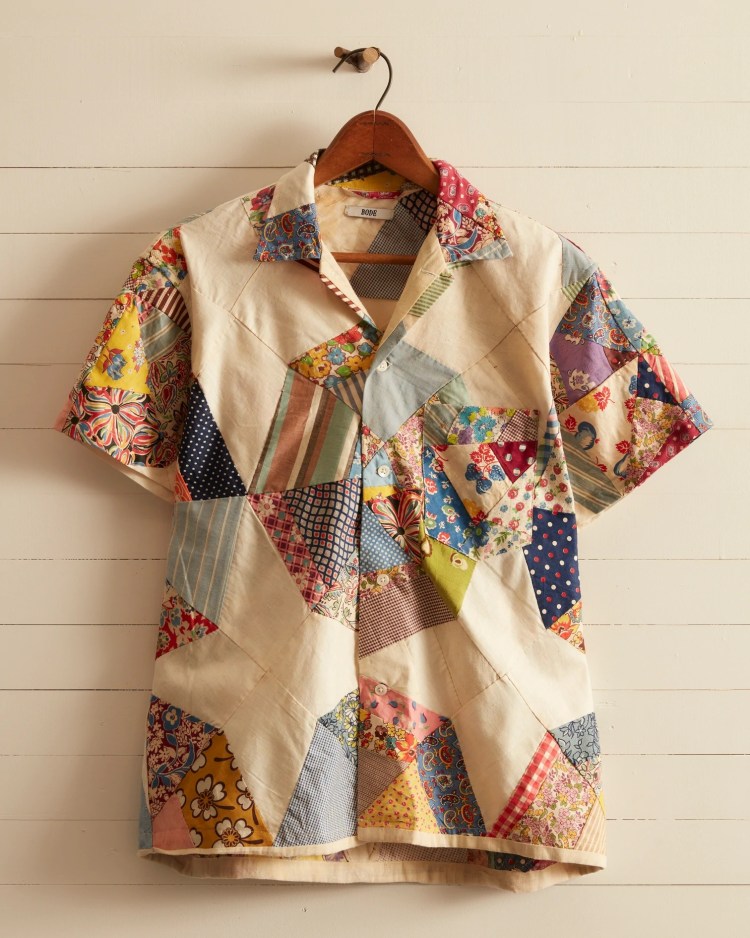 Founded by Emily Adams Bode Aujla, Bode rejuvinates menswear with a distinctive eye for everything historical and antique. Much of their clothing centers around one-of-one pieces, typically made from rare textiles sourced by the Bode team themselves. Embroidery, lace, and quilting are commonplace on Bode garments, repurposed from tablecloths to wearable works of art.

Who is Emily Adams Bode Aujla?

Emily Adams Bode Aujla, the mastermind behind Bode, has lived and worked in New York City's Lower East Side for more than a decade now. She received a dual degree from Parsons School of Design and Eugene Lang in Menswear and Philosophy, respectively, and interned with Ralph Lauren and Marc Jacobs.

Bode is as much of an archivist as she is a designer, collecting everything from victorian era quilts to 1920's linens throughout her lifetime, recontextualizing these aged materials and turning them into clothing. Everything available from Bode is produced in New York, but the textiles come from all over the world. Many of the quilts come from New York, but linens and wools are often from Europe, and many of the other materials come from India, Mali, or Côte d'Ivoire. Most of the raw materials come from Emily's network of vintage dealers, though. 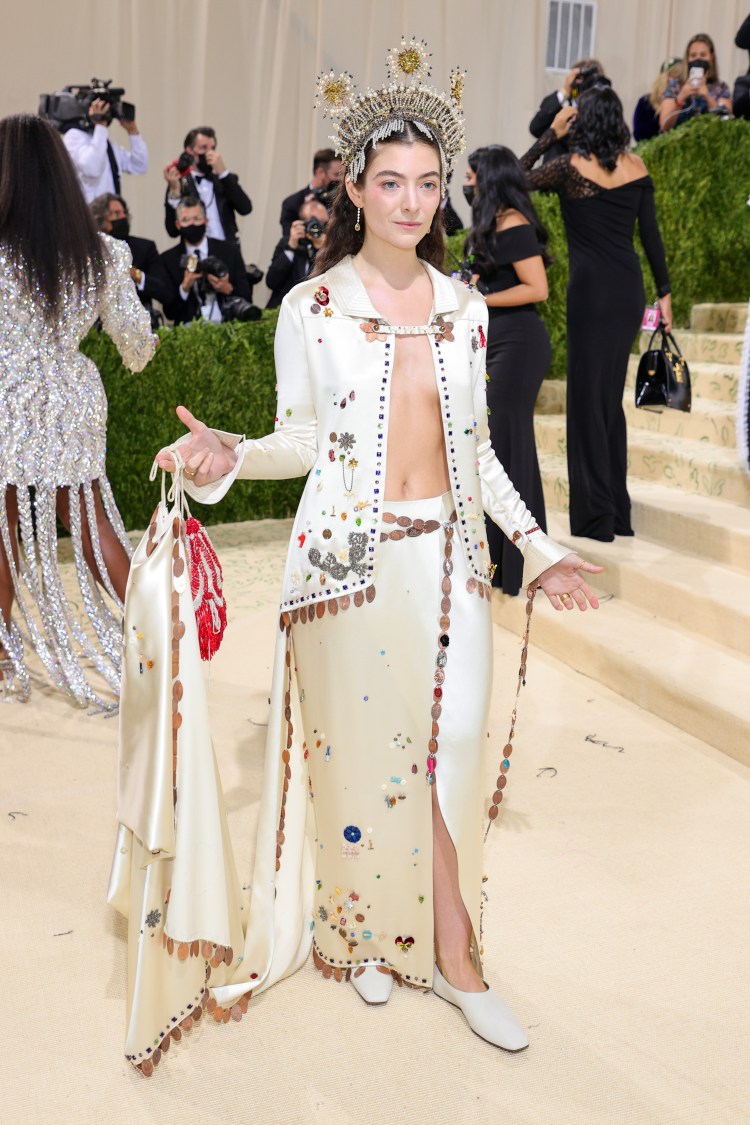 Given the materials and process involved in creating garments from vintage or antique pieces, Bode often forgoes the traditional fashion cycle, adopting the increasingly popular "drop it when it's ready" mentality. Bode does, however, show at New York Fashion Week, and was the first female designer to show at NYFW's Men's show. Incredibly, this is only the first of Bode's laundry list of accomplishments over the course of her relatively nascent career.

Bode has been recognized with: 2021 CFDA Menswear Designer of the Year, 2020 Woolmark Prize: Karl Lagerfeld Award, 2019 LVMH Prize Finalist, 2019 CFDA Emerging Designer of the Year, 2019 Business of Fashion 500, 2019 GQ’S Breakthrough Designer of the Year, and Forbes 30 Under 30. Any one of these awards would individually be a dream come true for any designer, but Bode collects them like trading cards. She's appeared at the Met Gala the past two years, befitting of the American themes and dressing Lorde at 2021's event.

A key aspect of Bode's clothing is sustainability. During her tenure working for other fashion brands, Emily Bode was confronted with the significant waste left over during the production of clothing, which has contributed to Bode's transparency when it comes to material. People should know where their clothing comes from, without having to pry.

Vintage materials offer another added benefit outside of sustainability, allowing storytelling to be woven into the very fabric of a garment. Each item is a piece of history, dating itself with a particular color or manufacturing technique that may have been prevalent at the time of its creation. This sentimentality and stewardship for the past is the driver of the brand, whether it be through aesthetics or some intangible feeling. It's hard to miss when you look at the clothing, though. 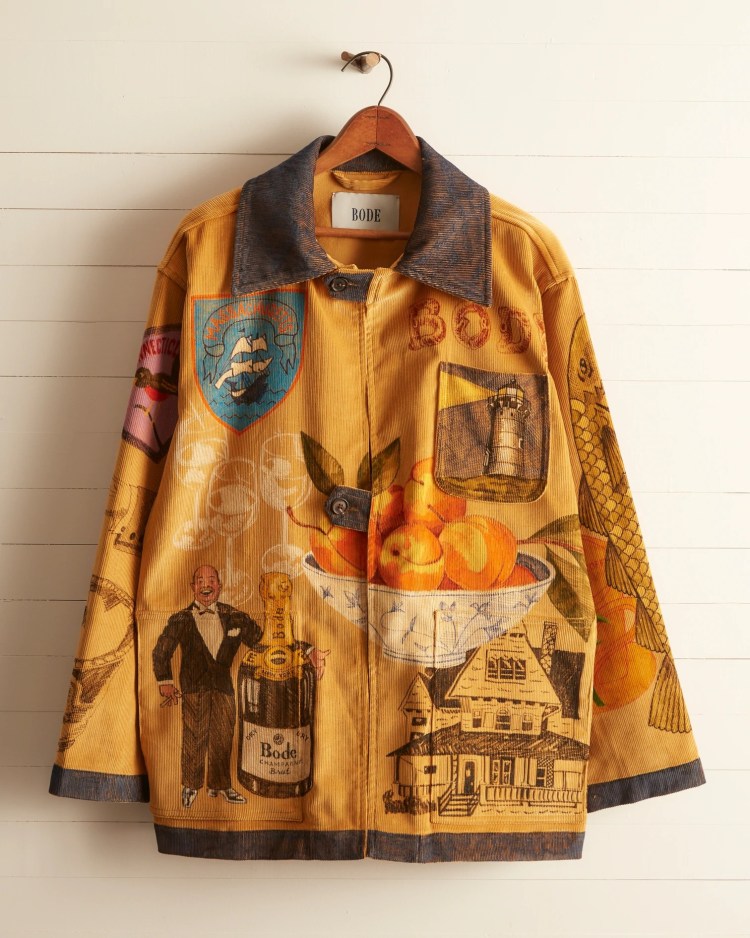 The cuts are typically simple, sticking to more or less of a workwear look of closet staples like short-sleeved button up shirts, straight leg pants, and flannels. These are leveled up with contextualized pieces, like vintage-inspired rugby shorts, or painted corduroy jackets and pants that harken back to an Indiana tradition from the 1950's. Each item feels deeply personal, and buying one is almost like the garment picked you, rather than the other way around. 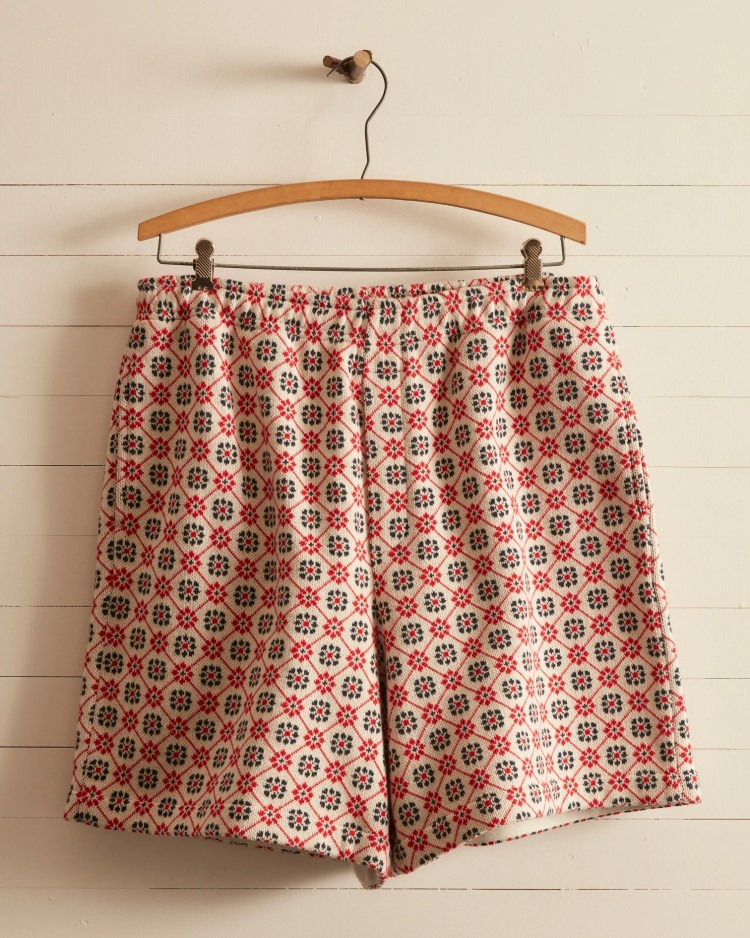 Amidst all the hype, Bode has capitalized on its success brilliantly. The brand has always left its mark with its Lower East Side location on 58 Hester St, but has since added Aujla's Indian Coffee House and a Bode Tailor Shop next door. Everything has been designed by Green River Project LLC, an innovative furniture company co-owned by Bode's husband, Aaron Aujla. Together, the pair have also recently opened a bar in Chinatown known as The River, also designed by Green River Project, creating an ever expanding empire of wood stained goodness.

Autumn is Here: The Best Flannels for Men to Shop in 2022