An Introduction to the Designer Shaping Modern Menswear 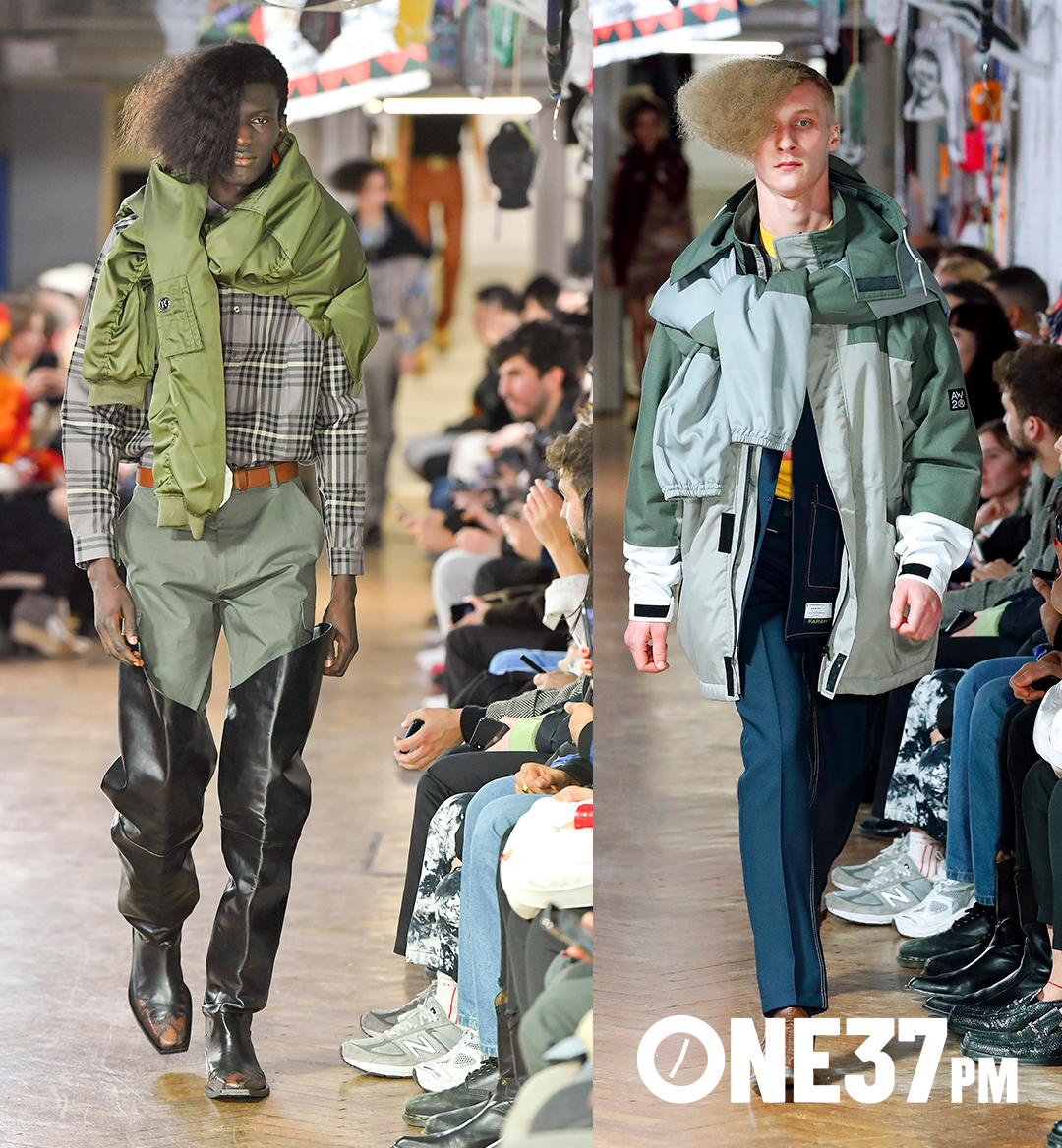 It’s not often that one finds a designer who is consistently ahead of their time, but Martine Rose stands head and shoulders above many of her peers as one of the preeminent tastemakers of fashion’s current era. From running her eponymous label to consulting Balenciaga’s menswear division, the 41-year-old has been at the forefront of modern fashion, cultivating it with subtlety and zeal.

How Did it All Start?

Martine Rose was born on November 24, 1980 in Croydon, England to a British-Jamaican family. Her mother and father were a nurse and an accountant, respectively, and as a result much of her youth was spent at her grandmother’s with cousins, whose interests would ultimately shape the majority of her design practice. She would see her sister and cousins getting ready to go out to dancehall clubs and illegal raves, and found herself enamored by the tribal fashion sense of these youth subcultures.

Rose attended the Camberwell College of Art where she discovered that, in a broader sense, fashion could be whatever she wanted. Up until this point, fashion had always seemed inaccessible and posh. This resulted in Rose attending Middlesex University, where she graduated in 2002 with a degree in fashion design. After graduating, she founded the T-shirt label LMNOP with her friend, and current stylist, Tamara Rothstein. The brand folded in 2005, and shortly after she founded her eponymous menswear label in 2007.

Everything you like about modern fashion–the oversized denim, short tops, droopy shoulders, exaggerated proportions–Martine Rose has been doing for the past decade. Many of the themes in her work revolve around the subcultures in which she was immersed as a child. Heavily inspired by the UK rave scene, the punk movement, and her Jamaican roots, Rose has always toyed with normcore codes, distorting the everyday and presenting it within a new context. Although her inspirations are eclectic and varied, there is a composed nature to her look that she attributes to the style of her Jamaican aunt and uncle. While finding her identity as a designer was a terrifying journey, she now finds herself interested in volume, proportion, tension in fabrics, and colors. 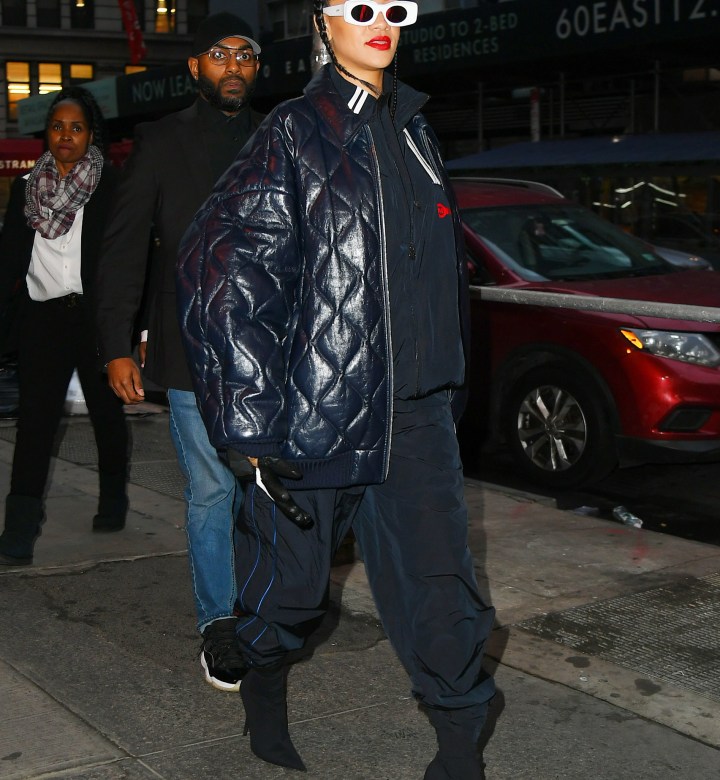 While definitively a menswear label, Martine Rose frequently toys with themes surrounding gender identity and androgyny. The clothing is not strictly unisex, but is still often worn by women. On the other hand, Rose will find herself questioning if men would actually wear some of her designs, but is pleasantly surprised to see what they are willing to dress themselves in.

Rose’s design practice has always been somewhat unorthodox, and not always by choice. Often the financial demands of a runway show were insurmountable, so the designer held shows in odd locations like a cul-de-sac, a community climbing gym, an indoor market, or even through video. For her SS15 collection, times were so tough that the show was only a single look. She has even taken entire seasons off, taking a deserved maternity leave over adhering to the fashion industry’s relentless calendar. Ultimately, these unconventional methods have become part of her appeal, always subverting norms in ways that are truly unexpected. 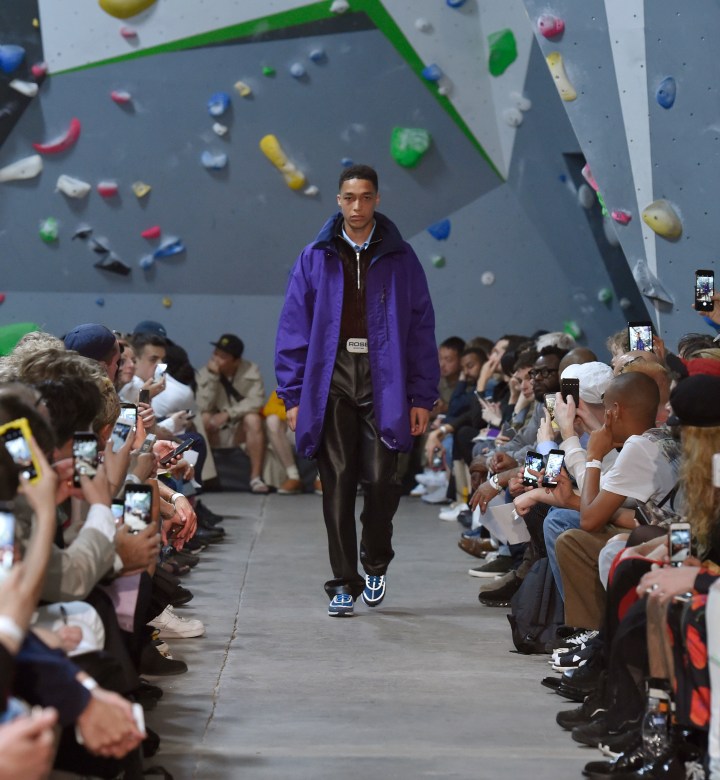 One of the major turning points in Rose’s career came in 2016, when she was brought on as a creative consultant for the menswear division at Demna Gvasalia’s Balenciaga. Her aesthetic and design sensibilities have now become synonymous with the Balenciaga look, now echoing throughout the fashion industry as everyone draws inspiration from fashion’s biggest brand. Her illustrious career has seen her collaborate with Nike on a wonky version of the air monarch, the construction company CAT, and an extended partnership with Napapijri that has resulted in some absolute classic pieces. Her designs have graced the backs of global fashion icons such as A$AP Rocky, Rihanna, and Kanye West.

Martine Rose is an overnight sensation that was over a decade in the making, and she will no doubt continue to adapt and mold the tastes of the modern man, but on her own terms.