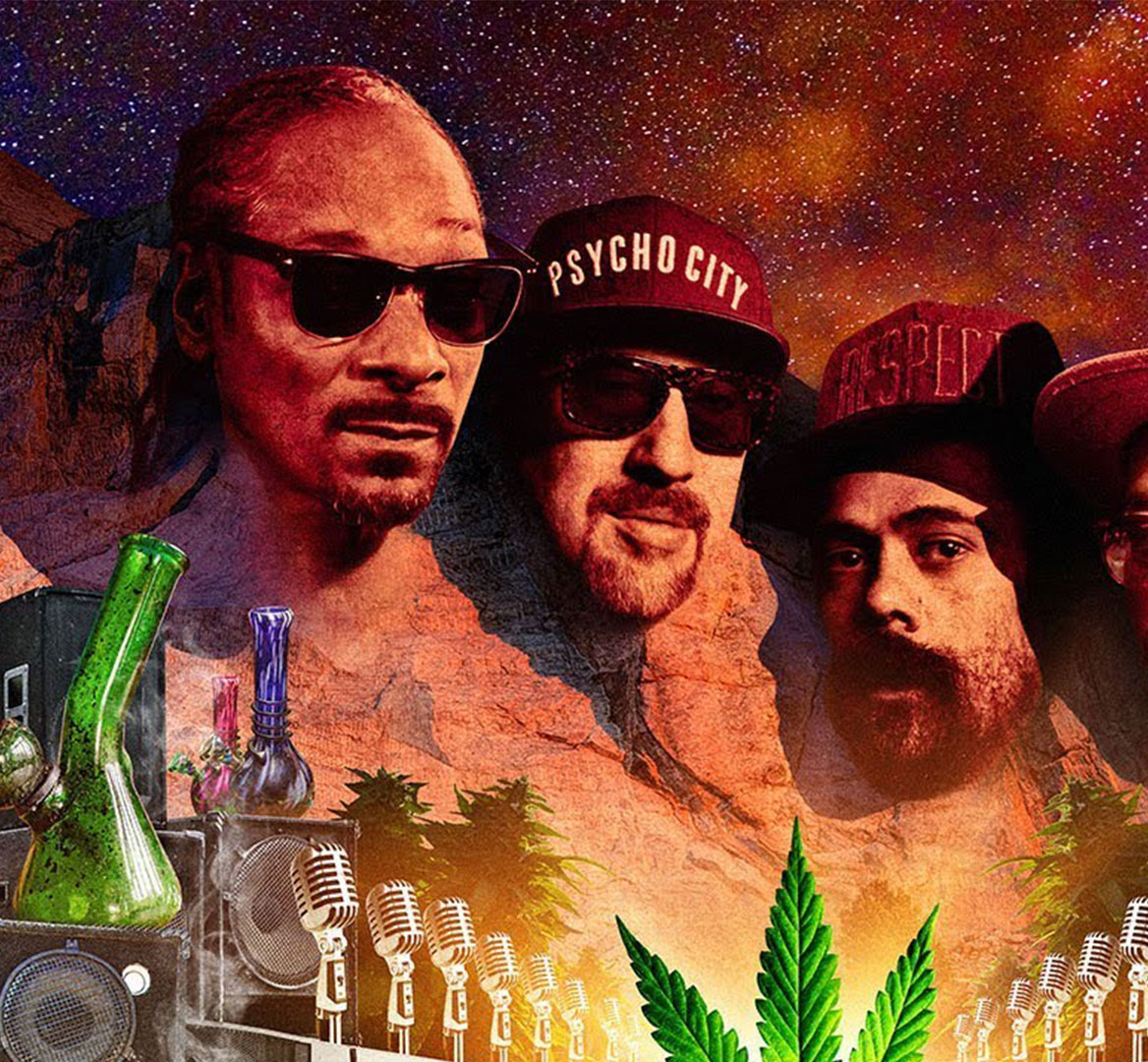 Marijuana may seem more prominent now than ever in pop culture, but the truth is a lot of people still don’t know much about the substance. Classic propaganda films like Reefer Madness are clearly a relic of the past, but the War on Drugs is still on-going and disinformation still exists about the side-effects of using marijuana. As more states in the U.S. and countries around the world shift towards allowing medicinal and recreational usage, it’s time for non-believers to recognize that marijuana is clearly a more complex and potentially beneficial topic than they once thought. Things have come a long way from Cheech and Chong with even suburban mothers being advertising targets in the new market.

Filmmakers have known this for years though, as there are numerous informative documentaries about weed that cover various angles of the cannabis world. It’s time to put the bong down and actually learn something this quarantine by diving into these weed documentaries. Whether you want to learn how to make pot brownies or more about the racial inequities in the burgeoning industry, this list has you covered.

A documentary series for Vice that eventually became a full-blown Viceland television series, Weediqute is a classic example of gonzo journalism. Featuring episodes on complex topics like veterans with PTSD who use cannabis to Uruguay’s fully legal market, host Krishna Andavolu dives into some of the most interesting angles of the cannabis world. Every entry is incredibly insightful and educational, but Andavolu’s presence and charisma make it easy to fall in love with this series. With most episodes available on YouTube, this series is incredibly binge-able.

Morgan Spurlock’s 2004 documentary Super Size Me, a look inside the physical effects of eating nothing but fast food and the industry's corporate power, was so popular that even mega-stoner Doug Benson noticed. Tweaking the idea a bit, Benson and director Michael Blieden made Super High Me, a film that examines the effects of smoking large amounts of cannabis for 30-days straight. With comedian Benson at the lead, the entire film is rather entertaining and funny, but it also features effective interviews with people at various levels of the industry and the political world. Check it out on Amazon Prime if you’re in the mood for a giggle-inducing, educational documentary.

Director Brett Harvey pulls no punches in his follow-up to The Union: The Business Behind Getting High. A structural look at the War on Drugs, stretching all the way back from President Nixon to President Obama, The Culture High is a scathing indictment against those in power who continually clamp down on people’s ability to access marijuana and practice personal freedom. While marijuana still isn’t federally legal in the United States, this documentary serves as an interesting time-capsule as it is a desperate call for change right before the country’s first recreationally legal markets were opened in Colorado. Currently streaming on Amazon, The Culture High features interviews with guests ranging from Wiz Khalifa to Sir Richard Branson as it breaks apart the myths underpinning the nation’s crazed War on Drugs.

The shortest entry on this list, this Vice special is somewhat of an epilogue to a specific Weediquete episode. Dimebags to Dispensaries covers two individuals, Felix—a club owner— and Kingston—a former black-market grower from Atlanta—as they transition to running a legitimate business in California’s legal recreational market. Not only does the special do a thorough job examining the stress points of maintaining and operating a company in a newly established industry, but it also explores how the two business owners work to create brand recognition within such a crowded space. The special also steps away from the two leads and talks about the racial inequities in the new industries and the need for more non-white entrepreneurs to step into the game.

Programs like Chopped and Beat Bobby Flay make cooking so exciting that even people who don’t normally step into a kitchen can be excited to try something new. Vice decided to take the classic cooking show formula and flip it on its head when they launched Bong Appétit, a culinary competition where individuals create scrumptious cannabis-infused meals. The drama of watching the chefs prepare their dishes and the judges banter amongst themselves obscures the fact that each episode contains educational nuggets about weed that make it informative as well as entertaining.

This Netflix original documentary follows Fred Brathwaite, a.k.a. hip hop legend Fab Five Freddy, as he explores the history of illegal cannabis usage, especially its relationship with the music industry, in the United States. Starting all the way back in the jazz era with an eye on icons like Louis Armstrong and Duke Ellington, the film tracks the racialized evolution of the war on drugs up to the modern-day. Featuring interviews with musicians like Damian Marley and Snoop Dogg, the film’s focus on the constant inequities in the cannabis industry, even as it booms into a big business, makes this one a must-watch.

Being betrayed and cheated by her old husband didn’t stop Christine Meeusen from creating a good life for her family. The former business executive turned to the world of cannabis and developed the Sisters of the Valley, a cannabis nunnery full of individuals who try to use marijuana to help people. The editing is somewhat sloppy, but the rushed nature fits the whirlwind urgency of Meeusen’s story. With one of the most unique lead characters of any documentary on this list, Breaking Habits is as much a character study as it is a look at the need for cannabis to be looked at more seriously as a medicine. Streaming on Amazon Prime, the 87-minute film is compelling and full of numerous uplifting moments.   ​​​

Stoners and 4/20 may be the first thing many non-users think about when they hear the word cannabis, but Weed the People shows a much more important side to the fight for legalization. Director Abby Epstein takes people inside the struggles of individuals and families who use cannabis to aid them in their fights against cancer. Not only does the documentary do a great job putting a face on a large, structural issue but it is entertaining and sweet despite the serious tone. Currently available on Netflix, Weed the People is a touching story that shows the value of cannabis as a medicine and the malicious arguments of people trying to restrict access.

When recreational marijuana was legalized in Colorado back in 2015, there was a brand new industry created overnight. To cover everything effectively, The Denver Post brought on a new weed editor who would oversee the new desk’s coverage. Mitch Dickman’s documentary is an entertaining look inside how The Denver Post covered the state’s earliest days of legalization and how consumers responded to the changes. A smorgasbord of random stories and experiences, Rolling Papers, available on Netflix, brings up a lot of interesting aspects of the new legal cannabis market and digs into them just enough for audiences to want to explore more material on their own.

A Motherboard/Vice original documentary, The Future of Weed: High Country also takes viewers inside Colorado’s legal market. An engrossing look inside the newly established market mechanisms that were taking shape at the time, the documentary also digs into the cutting edge cannabis technology being developed and utilized in the state. At the time this documentary came out, there were more dispensaries than liquor stores in Denver, and the special examines what the future of the burgeoning industry could look like. Incredibly sleek and entertaining, The Future of Weed may be a few years old, but it is still incredibly relevant as more states develop recreational cannabis markets.

The Profit is a television series that follows Marcus Lemonis, the CEO of Camping World, as he goes around the country and invests in and advises small businesses. In a one-off episode, specifically episode 20 of season four, Lemonis visits California and interacts with several cannabis businesses, touching on everything from cultivation to edible manufacturers, and provides his own analysis on the future of the industry. While the show and the host have a pro-venture capital philosophy that ignores numerous issues, it is also the perfect way to get your conservative dad on board with legal marijuana. The special is brief, but it is also a comprehensive and entertaining look at the various aspects of the business and how the industry is changing in California.