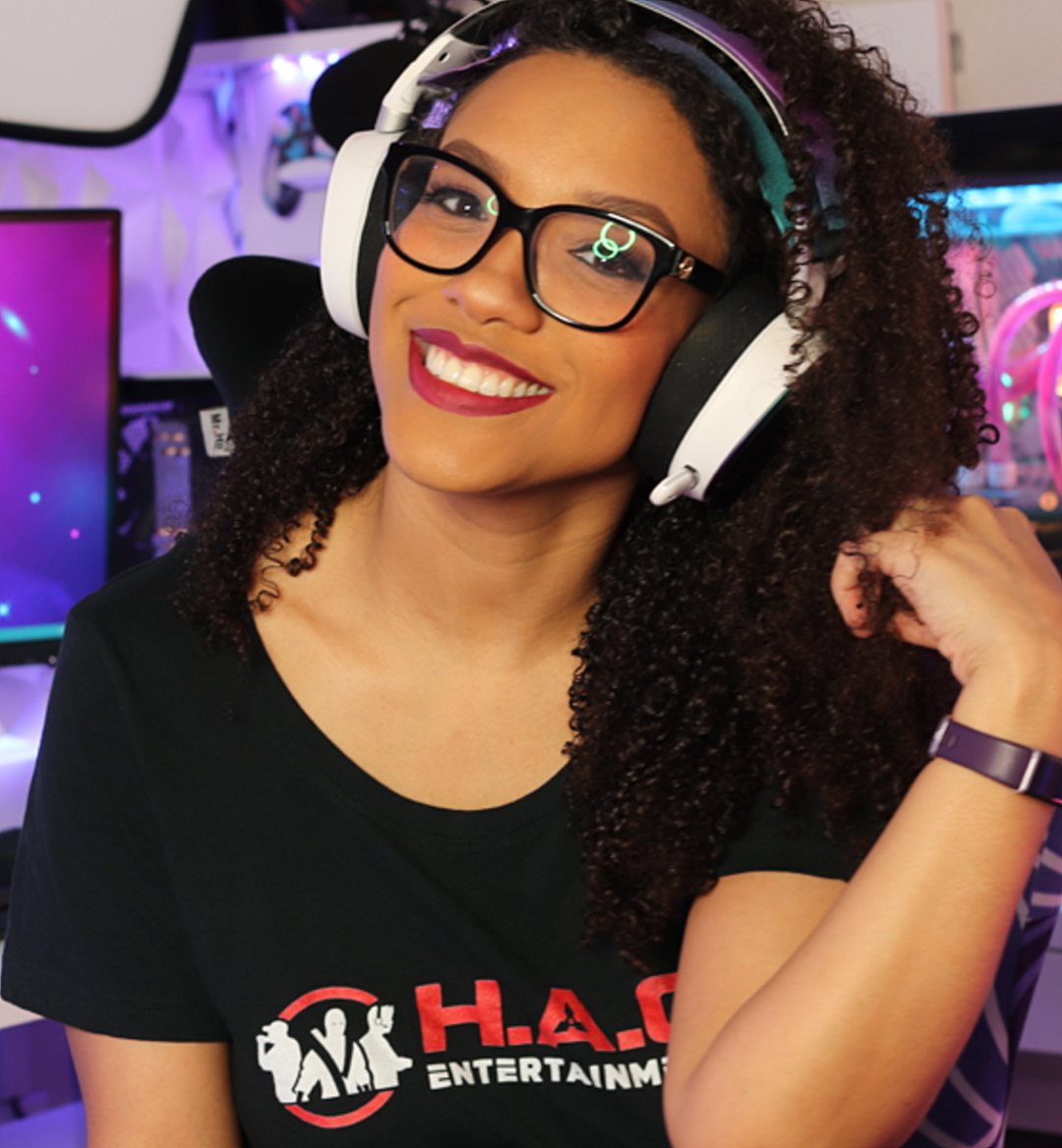 April Bowler is highly dedicated to shining a bigger spotlight on the geek community that's quite prevalent among BIPOC (Black, Indigenous, and people of color).

So much so that she's kickstarted a thriving community called The Official Hip-Hop/Anime/Gaming Community, which currently houses 63K+ loyal members that are splintered across their many core factions. What simply began as a social media-focused gathering of like-minded "Blerds" has now turned into a legit business that supports BIPOC content creators, small business owners, and gamers.

Now that she's in conjunction with The Otaku Box, Bowler and her organization have begun hosting boutique gaming conventions across the US that showcases live performers, cosplay contests, gaming stations, and so much more. ONE37pm got some time to pick Bowler's brain about her many creative skills, what goes into building a community, and more. 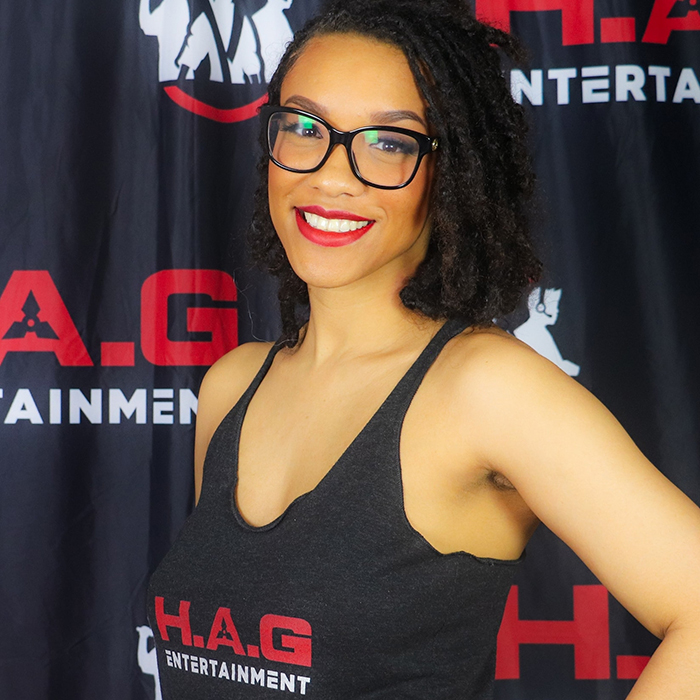 ONE37pm: So being a longtime gamer, right, streamer and graphic designer comes with many skills. What would you say has been, like, the most challenging when switching from creative to entrepreneur? Is there a big difference?

April Bowler: Yes, there is a big difference. So anyone who is an entrepreneur will tell you - it's very challenging to work for yourself because you're having to figure it all out on your own versus I used to work in a corporate environment under another company. So I was very clearly told what to do and given training by guys on how to do it. Being an entrepreneur is a lot of research and just trial and error, figuring out what works and what doesn't. So for me, one of the most challenging things is becoming a more data-driven person versus doing things based on, say, emotion or passion to please others or because I simply feel like it.

So, for example, I used to be in charge of doing, like, a lot of community-driven activities with H.A.G. So I would be organizing our community game nights and our anime watch parties, making discussions on our Facebook group, and eventually got to the point where I had to step back from those activities even though I really enjoyed them. But because my role in those activities was not necessary, someone else could come in and do those things for me or for us.

ONE37pm: I love that! Well you know building the community isn't easy at all. What's been the focus lately? What is the vision like also three years from now?

Bowler: So I guess we have different visions for the community and also the brand. So, of course, our vision for the community is just to continue to...I wouldn't even necessarily say grow. We're not necessarily concerned with the size of our community. It's more about the quality, right? Like, we'd be content right now - we're at 63,000 members in our Facebook group. We'd be content with staying at that number. As long as the sort of the vibe of our community remains the same, the people are still welcoming, and supportive of not only us but of one another. It continues to provide a great opportunity for the people that are within our community to grow and to get value out of it.

So really, our vision for the community is just to maintain that and continue providing opportunities for people to connect. And then our brand as a business, of course, is to grow. In that aspect, we're still very much a small business. It's primarily me and my partner, Lowe. We have started expanding to have some contractors work for us for certain projects, but for the most part, it's me and him really doing the majority of stuff.

ONE37pm: And so H.A.G. Stands for Hip Hop, Anime, and Gaming. Where did your love for those come from?

Bowler: Okay, so it's a little bit of a longer story. I've been a gamer all of my life. In my childhood, I was like a 90s baby or 90s kid, right? So it was filled with both outdoor play with the neighborhood children, but also indoor on N64 with my brother and my cousins. So getting a Nintendo 64 really started it for both me and my brother in terms of gaming. And it was really the only thing we had in common growing up that we spent our time together doing. Otherwise, we were two very different people. So throughout middle school and high school, we end up getting, like, a PS2. We never got the PSOne, but we got PS2, and PS3, which I ended up taking off to college. But my time gaming really exploded after I graduated college and then moved to Atlanta on my own.

ONE37pm: But let's talk about your upcoming gaming conventions. What inspired that?

Bowler: Sure. So "Blerd Bash" was created because we really wanted to provide a space and opportunity for people to congregate, share their love of urban culture, and of course, provide small businesses, creators, and music artists with opportunities to grow their brands. So we actually started our events in 2019. So, like a year after we were founded.

They were started in 2019 under a different name, which at the time it was called the "Throw Down Party Tour." I still love that name, but my partner wanted us to rebrand it because he's like, "what the heck? Like, nobody knows what that is." So you hear Blerd Bash and people kind of understand a little bit more what it means. Bash being party and Blerd, for people who don't know, stands for a Black nerd. Even though our events really are open to everyone and it's really a celebration of urban nerd culture. So as long as you're respectful of that culture, anyone is invited and can come and enjoy the event.

ONE37pm: Wow, that's crazy. So I'm going to ask this question. This one's a little bit deeper, right? What are some of the best moments about the journey? Like, when you look back, you close your eyes, it's a beautiful thought.

Bowler: The best moments about the journey? Honestly, just thinking about how much it has transformed my and my partner's lives. We've been able to leave our jobs and work hard for ourselves. We're by no means rich. We're still very much putting everything, every bit of finance that we have. I'm still very much pulling everything out of my 401K, but we know that it's going to pay off. But really just seeing the growth that we've gone through as people both in our world views and just what we believe, how we interact with people, how much more patient we are with people as well as one another.

Going through this business, being in a relationship together, it's hard having a business and then having a business in a relationship, and that's hard. So just seeing how much we've both grown as people, as a couple, as business people, and just the amount of knowledge we've been able to soak in has really been like it really just makes me happy and it makes me proud. Especially when I think about where my partner started from because he definitely started from a place that was a lot less privileged than I started from because as I mentioned, I was working in a corporate environment.