Grab some friends, dust off the system, and let's play 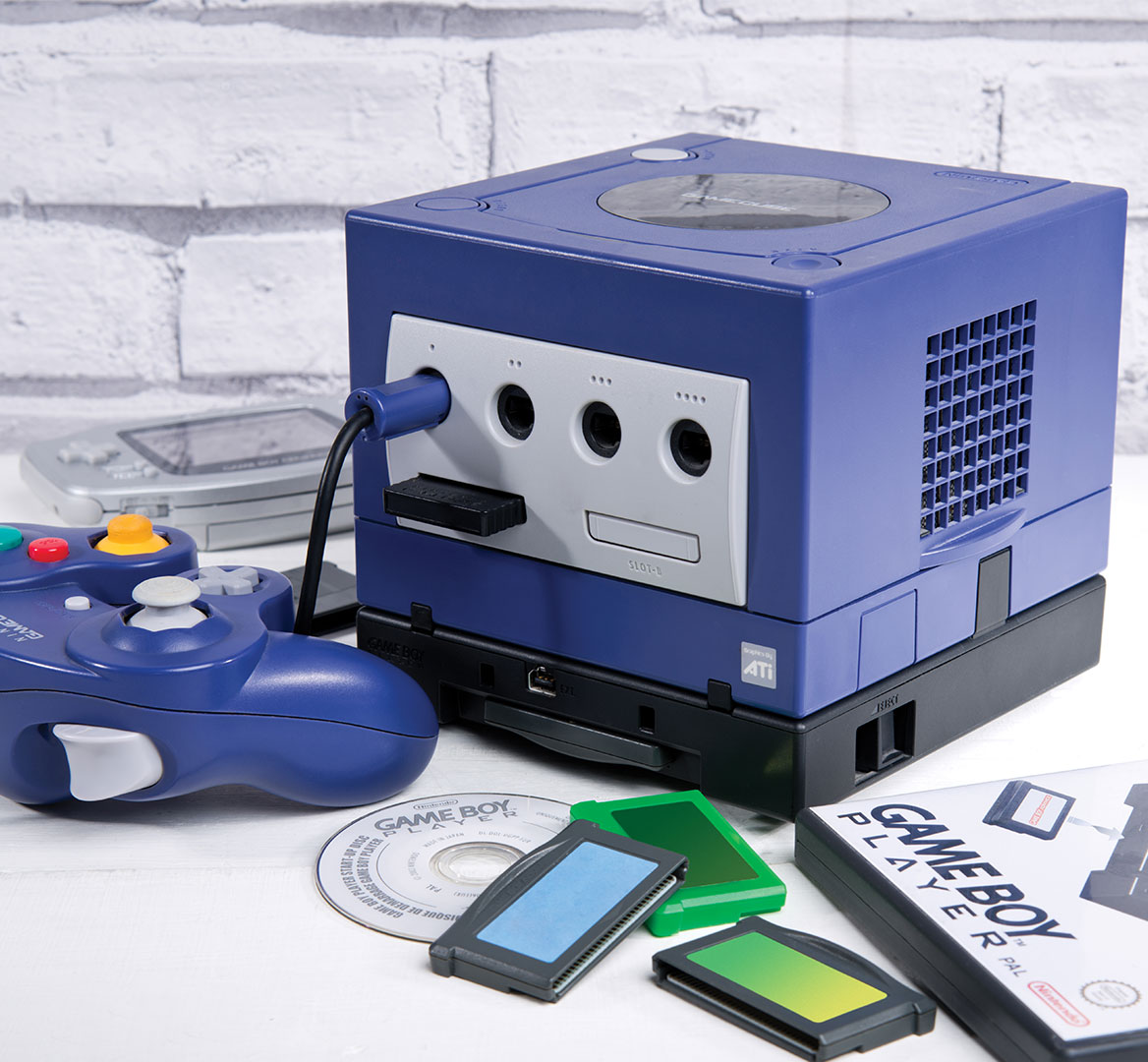 The year was 1996. North American Nintendo fans, after months of watching their Japanese counterparts play the company’s newly-released console, grew giddy with anticipation as the stateside release drew close.

They knew what to expect and the promise of Mario and Link rendered in three dimensions helped launch the Nintendo 64 to critical acclaim and commercial success. At the time, however, the gaming community wasn’t sure what to make of the new console’s most unique feature.

I’m talking, of course, about Nintendo 64’s optimization for four-player gameplay. What many thought was a gimmick that would inconvenience those with small televisions, quickly grew into one of the system’s most beloved features. Nintendo capitalized on this by introducing games unencumbered by the traditional half-screen gameplay of competitors like Playstation and Sega Saturn.

By the next generation of consoles, the four-player multiplayer was no longer a gimmick. Game developers had an entire console generation to prepare and when Nintendo released the Gamecube in 2001, they bombarded the system with games that elevated the multiplayer genre.

While multiplayer is no longer considered particularly groundbreaking in a post-Fortnite world, the ever-expanding genre of battle royale games owes a debt to the multiplayer games that came before them.

Although “Super Smash Bros Melee” is rightfully considered the best of the franchise, we would be remiss to not include “Brawl” on here as well. Brawl is traditionally considered to be a bit slower and less responsive, but still a super fun game to enjoy with your friends. Melee is definitely the right choice for hardcore competitors, but “Brawl” is still an amazing combat game that will be exceptionally playable for years to come.

In an era of hyper realistic soccer games, it’s always good to revisit the classics. What makes “Strikers” different from so many other soccer games is its commitment to the traditional Super Mario style play. Players can legally shove each other or through shells across the field, making it one of the goofiest—and most fun—games to play with your friends.

Neither a fighting game nor a racing game, “Pikmin 2” is a puzzle strategy follow up to 2001’s “Pikmin”. The entire game takes place from a microscopic perspective, as you navigate an unknown planet, all the while supervising your tiny companions called Pikmin. Captain Olimar is also a beloved playable character in the Super Smash Bros franchise, so gamers have lots of options for taking on the role of the captain with their friends.

Although not as popular as “Mario Kart” and its affiliates, “Kirby Air Ride” is one of the best racing games released on GameCube. Players take on the role of Kirby (or other unlock able characters) as they race around on specialized Air Ride Machines. Although the game is exceptionally simplistic, it’s still unbelievably fun and a great choice for playing with pals.

First person shooters from the early 2000s are always different from their contemporary counterparts, but that doesn’t make them any less fun. TimeSplitters 2 is no exception. Although it’s more minimal than a lot of current FPS games, playing as a couple of space marines tasked with saving history will never be boring. You get to play through a plethora of time periods and rely on a wide range of weapons to stop the TimeSplitters from ruining history as we know it.

The first of many beloved classics to be found on this list, "Metroid Prime 2 Echoes," at the time of its release, was one of the most polished games in Gamecube’s catalog. Although the singleplayer adventure was the game’s primary focus, its multiplayer mode is among gaming’s most technically complex and overlooked shooters.

Comparing it to the likes of "Call of Duty," however, would be a mistake. Far from the mechanics of your typical run-and-gun shooter, "Metroid Prime 2" required players to master difficult controls and even more difficult mechanics. Only the most skilled players could rack up kills while traversing the map as a ball.

While "Metroid Prime’s" multiplayer mode is far from the most popular game on this list, it stands as one of Nintendo’s best attempts to compete with more popular multiplayer shooters like "Halo" and for that, it deserves a spot on this list.

Few racing games boast characters as colorful as those found in the F-Zero series of games. While a handful of these characters have been seen in other games, F-Zero GX marked the last time anyone has seen F-Zero characters in an F-Zero game.

Nintendo’s unwillingness to release a new F-Zero game is not indicative of a poor franchise. F-Zero is among the most creative and ambitious racing titles. It gives players a distinct impression of a sci-fi world beyond its gravity-defying tracks.

F-Zero GX is a culmination of every F-Zero that came before it. Everything from the game’s swaggering mascot, to the iconic Mute City track, is represented in the game, giving the player new and old a crash course in this beloved franchise.

Whether developers of superhero game "X-Men Legends" did so intentionally or unintentionally, their game took the torch of Gauntlet Legends and ran with it.

The parallels between "X-Men Legends" and the Nintendo 64’s fantasy epic Gauntlet Legends can be found in more than just their respective titles. Both games allow players to traverse locals while fighting waves of enemies. Both games require strategy and cooperation, particularly in the later, more difficult, parts of the games.

No list of multiplayer games is complete without featuring at least one of Nintendo’s Mario-themed sports franchises. "Mario Golf: Toadstool Tour," released in 2003, is one of the better installments in the Mario Golf franchise.

That’s largely thanks to the snappy, no-frills gameplay that generated a small but dedicated competitive community, that still persists to this day. That doesn’t mean this title is missing any of the characteristic whimsy of Mario games.

The goal of each game is simple, strategically place your bombs on a grid to trap your opponent in an explosion while avoiding explosions yourself. Its simplicity doesn’t diminish the hours of fun you can have playing with a group of friends, which is kind of the point of multiplayer games

One of the oldest franchises on this list, Pac-Man is best known as a one-player game. Pac-Man Vs., however, took the tried-and-true Pac-Man formula and updated it with multiplayer gameplay.

To play Pac-Man Vs., players must have a Gamecube, a Gameboy Advance and a cable linking the two systems. Players control Pac-Man via the Gameboy while other players controlled the ghosts via the Gamecube while looking at the television.

The technology behind this game was ahead of its time and served as an early precursor to the Wii-U and, in some respects, the Switch.

Star Fox is a bit of a black sheep among Nintendo’s iconic mascots. The franchise is a mixed-bag of stellar and not-so-stellar games. Sadly Star Fox Assault’s place among the list of Starfox games isn’t as clear cut as some of the other titles.

The game’s multiplayer mode is its best argument. Combining dogfighting with some of the franchise’s more interesting gameplay aspects, Starfox Assault’s multiplayer mode makes for a frantic experience a few other games can match.

Speaking of frantic experiences, Super Monkey Ball II is one of the most underrated games of the Gamecube era. What it lacks in popularity, it makes up for in gameplay best described as varied. Super Monkey Ball II has different gameplay types rivaling titles later on this list. One game might entail a race to the finish while another might be a game of billiards. The game has more than enough content to keep groups playing for hours and it doesn’t have a steep learning curve which is important for newbie players.

One of the games that bridged the gap between the Gamecube and Wii, Mario Power Tennis pushed the Gamecube to its technical limits. The game doesn’t skimp on flash.

Neither does it skimp on gameplay. Mario Power Tennis boasts some of the tightest controls, especially when compared to its Wii counterpart. While Wii players were still trying to make sense of the relatively new motion controllers, Gamecube players had few issues returning lobs and volleys with the Gamecube’s controller.

Every console generation has a handful of games that are as delightful as they are unexpected. In Gamecube’s case, Godzilla Destroy All Monsters Melee was an unexpected entry that quickly garnered a cult following of devoted players.

Players get to choose a number of monsters from Godzilla’s expanded cinematic universe to go head to head. While not as technically polished as other games, Godzilla Destroy All Monsters Melee was one of the earliest games to feature truly destructible environments. The game was, without a doubt, a gamble one that more developers should make.

Nintendo executives know that Mario Kart tends to be one of their main system sellers but this wasn’t always the case. Early iterations of the game were clunky and visually lacking, a far cry from the Mario Kart most people have grown familiar with. Mario Kart Double Dash, while bridging the gap between early and modern Mario Kart games, has more in common with the latter.

Before there was Jump Force, there was "Battle Stadium D. O. N.", a 2006 entry that pitted characters from the big three anime, Dragon Ball Z, One Piece and Naruto.

Players get to choose from each of the three franchises most popular characters. The winner of each match is the one who remains inside the fighting arena.

The game's release was, for the most part, limited to Japan as a celebration of the success of the three featured anime. Copies did find themselves statewide thanks to a vocal and dedicated community.

While not a commercial success, the game does have a loyal following, particularly among fans of sequel.

Released in 2001 as the direct sequel to the original 1999 title, "Melee" improved on its predecessor by adding more its roster and ramping up the gameplay. This resulted in a game that can be played by newcomers while staying true to professionals. It’s easy to miss the subtleties of "Melee’s" gameplay, especially in a contest between two veterans but not easy to miss why "Melee" has remained a staple for almost 20 years.

"Medal of Honor European Assault" is one of those rare first-person shooter games that both tells a compelling story and presents a remarkable (for its time) multiplayer experience.

Released in 2005, the game takes place during World War II and is partially based on the experiences of a real-life military officer. That said, much of the game’s storyline is fabricated for dramatic effect.

Where the game shines is in its multiplayer, in which up to eight players can take part in a number of game modes. While modern shooters have long-since expanded on the genre, you can find echoes of European Assault if you look hard enough.

First released in late 2002, the game pits four players against each other in increasingly absurd mini-games. Each mini-game contributes to an overall meta-game in which the winner is decided by how many stars each player is able to garner. It’s a formula that has been adopted by other party games as well.

Visually, "Mario Party 4" is heads-and-shoulders above its predecessors and even stands up to today’s graphical standards. It’s one of the few games that manages to stand up to the test of time, which is why it’s at the top of this list.