The 13 Best 'One Piece' Games, Ranked 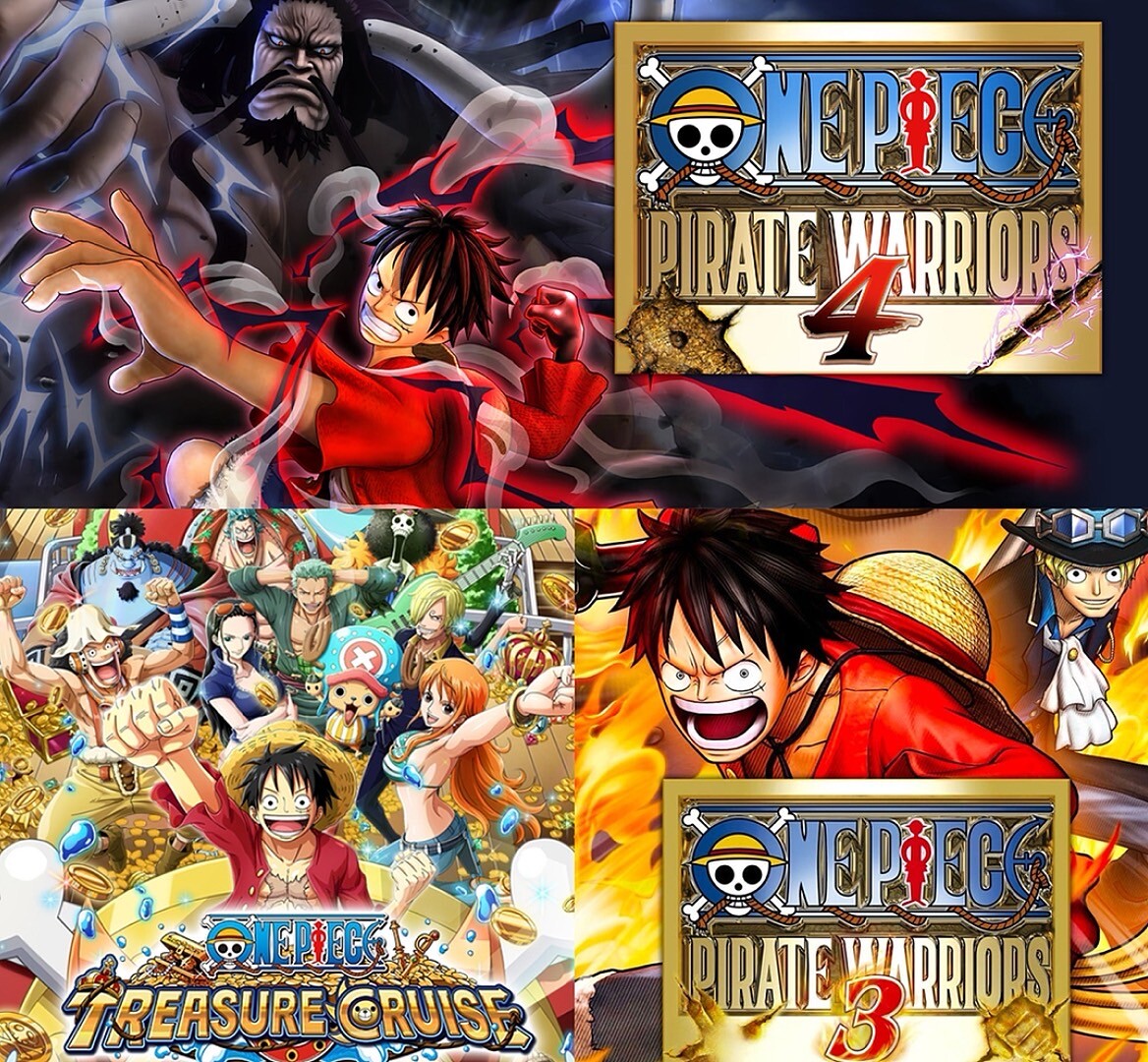 In Japan, the One Piece manga/anime is treated like the most regal property ever known to humanity. The ongoing adventures of Monkey D. Luffy and the Straw Hat Pirates have captured the attention of fans on a global scale. And like any and all anime properties that have commanded the attention of the mainstream, One Piece has gotten its very own line of video games over the years. Now we have to keep it all the way real with you all - a lot of those officially licensed games are pretty terrible. But even among that mountain of crap are some true shining gems that do an admirable job of showcasing the One Piece universe in playable form. We're going to bring those decent to great games to your attention now by ranking the 13 best One Piece games of all time. 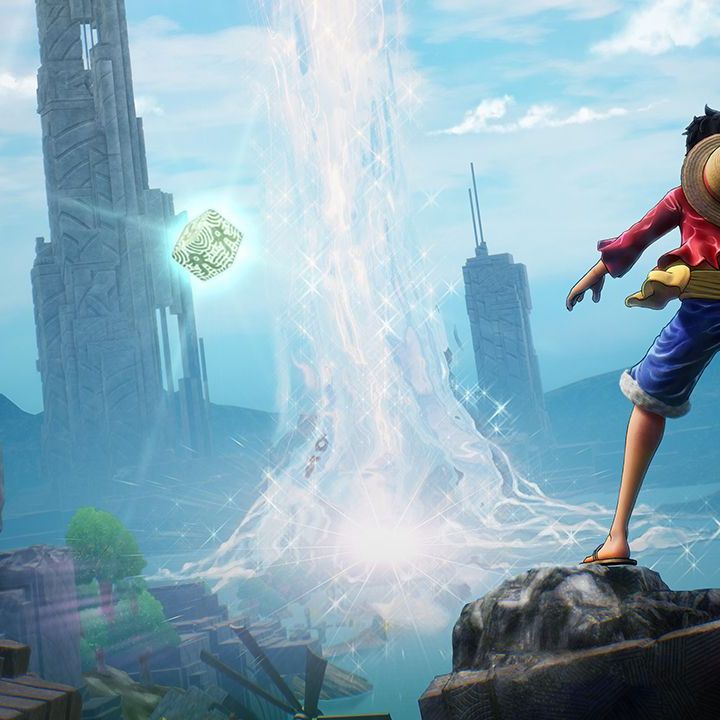 A fruitful partnership was made when the development studio Omega Force got the opportunity to apply the 1 vs. 100 gameplay mechanics the Dynasty Warriors birthed to the world of One Piece. The appropriately titled One Piece: Pirate Warriors follows the "East Blue Saga" arc right up until the "Return to Sabaody Arc." And during that memorable pocket of pirate adventures, you were handed the reigns to several Straw Hat Pirates (plus Whitebeard!) and allowed to beat the hell out of anything that even looked at you wrong. For a first try at this type of formula, things were solid enough at the time of release. Pulling off sick super moves with the likes of Ace and racking up a kill counter that reaches into the 100s was fun but like most "Musou" games, repetition soon kicked in. The inaugural Pirate Warriors is decent at best and offers a respectable modicum of fun.

The phrase "somewhat wasted potential" comes to mind when this lofty One Piece game comes to mind. One Piece: World Seeker is the ultimate open-world adventure that incorporates an entirely new world and storyline for Monkey D. Luffy to be a part of. There's a decent amount of fun to be had with this one as you catapult Luffy all over the place and engage in some epic clashes with familiar faces. The game's main locale of "Prison Island" is full of things to do, see, and punch/kick to death. However, One Piece: World Seeker didn't fulfill the high expectations most fans had for it. The world itself can feel a bit empty and the combat doesn't feel as good as it looks. This game is satisfactory at best.

Just like the last game on this list, One Piece: Unlimited Adventure freshens things up for fans by throwing them into an original storyline. And on the gameplay front, it offers your average action/adventure experience starring Luffy in the starring role as he explores, fights, jumps, and even goes fishing in a whole new environment. This is one of those basic anime-turned-video game adaptations that does its job at an adequate level. Most of the fun this game truly delivers comes in the form of its Vs. and Survival modes since you can play with everyone you come across during the main campaign. Going head-to-head with a human opponent and choosing to test yourself against a near-unlimited array of foes gives this game a nice value increase when it comes to replay value.

Whenever a fan favorite anime gets its very own video game, no one is ever shocked when it turns out to be an arena fighter. One Piece has gotten its fair share of titles within that sub-genre and one of them is this one. One Piece: Burning Blood certainly looks amazing and focuses on a 3v3 combat system that lets you switch out to whomever you please mid-battle. Basic thrills come into play here as you pull off all the signature moves you've come to love from the manga/anime. But at the end of the day, this anime arena fighter is one of those "middle of the road" experiences that plays just like any other game of its ilk. Going ham with Law and Shank every now and then with this game is still a mild joy, though.

One Piece: Grand Battle is another one of those anime arena fighting games that lie right in the middle when it comes to its overall quality. But one of the elements that afford it some extra attention and adulation is its chibi-art style for all of the playable characters on the game's roster. And on the gameplay front, the Power Stone feel of it all still delivers some light fun if you bring a friend with you into the one-on-one fray. The use of support characters during battle added a cool wrinkle to everything on offer here, too. During the 4Kids Entertainment American dub run of One Piece, this game was made to capitalize on its newfound fame. And as a playable advertisement for the show, it does a commendable job.

And of course, the sequel to the last game on our list is much better! One Piece: Grand Adventure added a few more characters that fill out an already great roster from the first game in the series, including Portgaz D. Trace, Enel, and Kuina. The newly added "Adventure Mode" did a lot to extend this game's replay value since you can get a lot out of exploring the One Piece world and looking for fights across the "Grand Line." The way the playable characters in that mode are attached to different difficulty levels was a clever way to switch the action up - Luffy, Buggy, Crocodile, Chaser, and Usopp's playthroughs provided us with more fun in this game's mode than we originally expected.

One Piece: Pirate Warriors 2 excelled over its predecessor in a way that lent the series as a whole more validity as one of the better anime games worth playing. The fact that this sequel featured its very own original storyline made for a fun time for longtime fans who were already used to all the events of the manga/anime. And the new array of playable characters made this quality follow-up way more enjoyable to stay busy with - smacking around hundreds of enemy pirates and marine soldiers with the likes of Bartholomew Kuma, Monkey D. Garp, and Dracule Mihawk was and still is fun as hell. The repetitive nature of most Musou games is felt here as well, but it's less of an annoyance this time around thanks to this sequel's newer features.

As far as anime video game adaptations go, One Piece: Unlimited World Red is your better-than-average action/adventure romp. It sits here in this top five of the best One Piece games thanks to its original storyline, newly introduced characters, and the opportunity to play with each and every member of the Straw Hat crew. This Deluxe Edition of the former PS3, Wii U, Nintendo 3DS, and PS Vita release brings its wide swath of DLC content into one complete package, which makes it one of the most feature-rich One Piece gaming experiences on the market today. And from a visual standpoint, One Piece: Unlimited World Red remains one of the most gorgeous graphical interpretations of the manga/anime. Word of advice - ignore the minigames in this one. Trust us on that one.

The memorable beginnings of One Piece's "East Blue Saga" are summarized in beat 'em up form in this way better-than-expected Game Boy Advance title. The simply-titled One Piece does its job well by letting players control the elongated melee power of Luffy as he runs from left to right to smash everyone in his path. The fun factor is higher than you'd think coming into this game for the first time - the amalgamation of platform, hybrid, and versus stages presents an ever-changing array of challenges that keep the action from getting too stale. That Buggy boss fight made our young selves rage though, we must admit!

Playable on: Mobile (iOS and Android)

Those mobile gacha RPGs have a chokehold on millions of players - and to be quite honest, we're among those millions. One Piece Treasure Cruise is another one of those games that we've poured countless hours into. It's an RPG that feeds One Piece fans' addiction by giving them a huge lineup of characters to collect and add to their ever-expanding party. You can't knock it until you try this one, folks! We placed it in here in the #3 spot of the best One Piece games for good reason - it presents a simple premise, handles it extremely well, and falls into that category of mobile games that can easily take over you every waking minute if you let it. Recruiting heroes and baddies in this game never gets old...

All the previously released DLC that got added to the regular PS4, PS3, PS Vita, and PC - Steam version of this Musou classic got stuffed into the Deluxe Edition. And thanks to that release, Nintendo Switch owners got treated to one of the better anime beat 'em ups on the market. One Piece: Pirate Warriors 3 condenses entire story arcs that range from the "East Blue Saga" to the "Dressrosa Arc" into a single chaotic stage. The addition of the "Kizuna Rush" made all the battlefield mayhem that much more fulfilling as you can land two-person super moves and wipe out hundreds of victims in one fell swoop. And as far as new playable newbies go, it still feels so good to tear through a bunch of rival pirates and Marines with Caesar Clown, Donquixote Doflamingo, Tashigi, and more.

Without question, One Piece: Pirate Warriors 4 is one of the top Musou games to ever come out of the house of developer Omega Force. On the storyline front, it adapts the "Wano Country Arc" and adds its own spin to it to subvert fans' expectations (in a good way, of course). 52 characters make up this game's massive lineup of playable good guys and bad guys - we definitely got the most out of the abilities afforded to the likes of Charlotte Cracker, Kin'emon, and X. Drake. The same "smash everything in sight" gameplay formula is applied here and it works better than ever. And due to the collection of brand new multiplayer modes on offer here, One Piece: Pirate Warriors 4 does an amazing job of giving solo and co-op players the biggest bang for their buck.

When the concept of a turn-based RPG starring the cast and crewmates of the Straw Hat Pirates was announced, fans emerged cautious but still optimistic. And upon its release, One Piece Odyssey ended up cementing itself as the uncontested best One Piece game of all time. From a graphical standpoint, everything looks amazingly similar to the manga/anime. The inclusion of past events that can be played out alongside a wholly original storyline makes the whole experience feel like a dedication to fans who have stuck with One Piece since its inception. Add in the wholly unique "Scramble Area Battles" combat system and you have an RPG that's great as a licensed game and a genre stalwart all on its own.