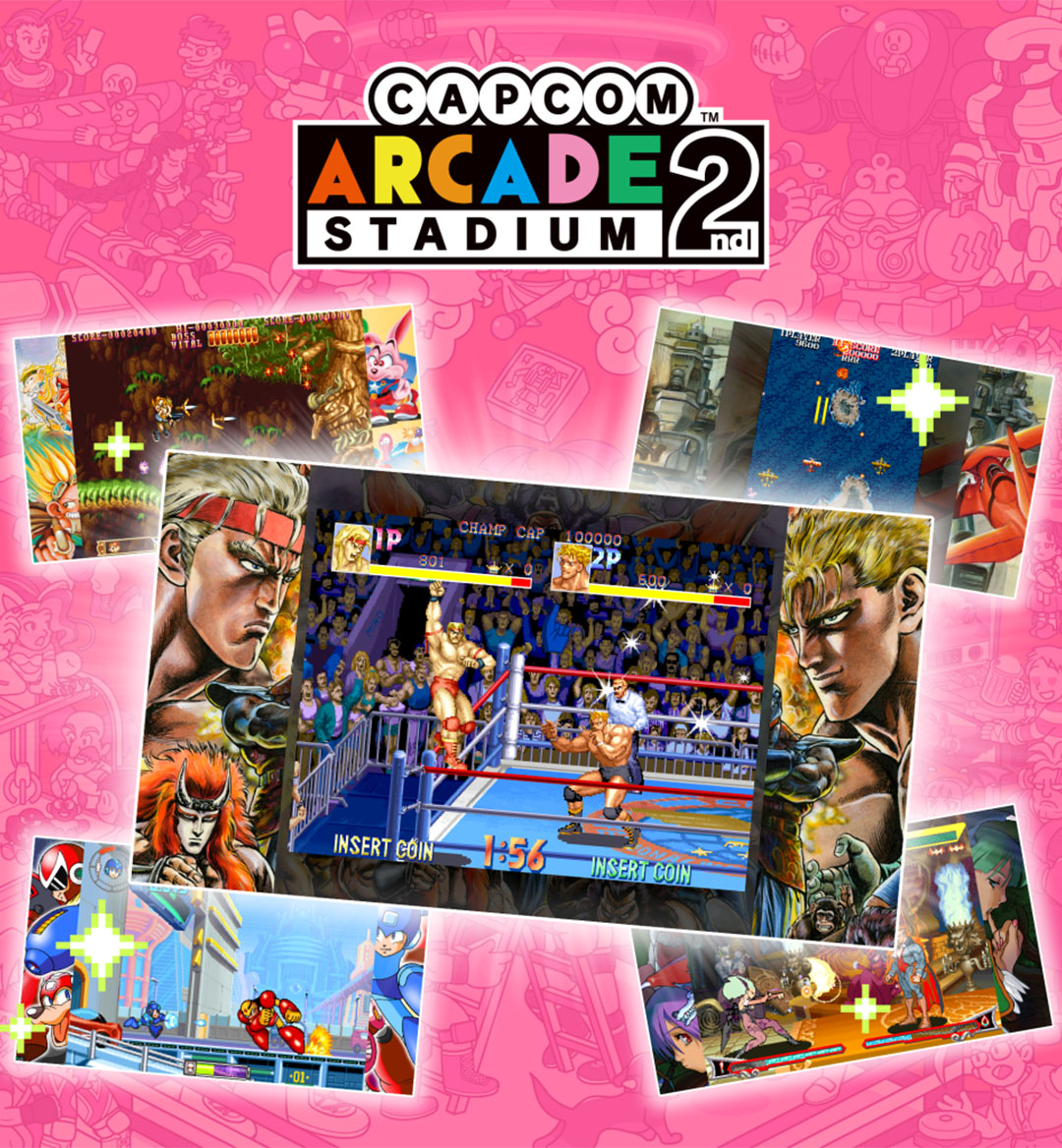 I'm quite the connoisseur when it comes to picking up classic game compilations. In recent years, several AAA publishers have taken a valiant effort towards preserving their storied back catalog by putting the best of them into quality collections. Capcom has done some impressive work in that regard - the Capcom Beat 'Em Up Bundle, Capcom Fighting Collection, and the first Capcom Arcade Stadium have provided Capcom Stans such as mysefl with a modern method for playing treasured arcade hits. Now we're being treated to another package full of coin-ops from Capcom that sticks to what worked best previously. Now let's get into my full Capcom Arcade 2nd Stadium review. 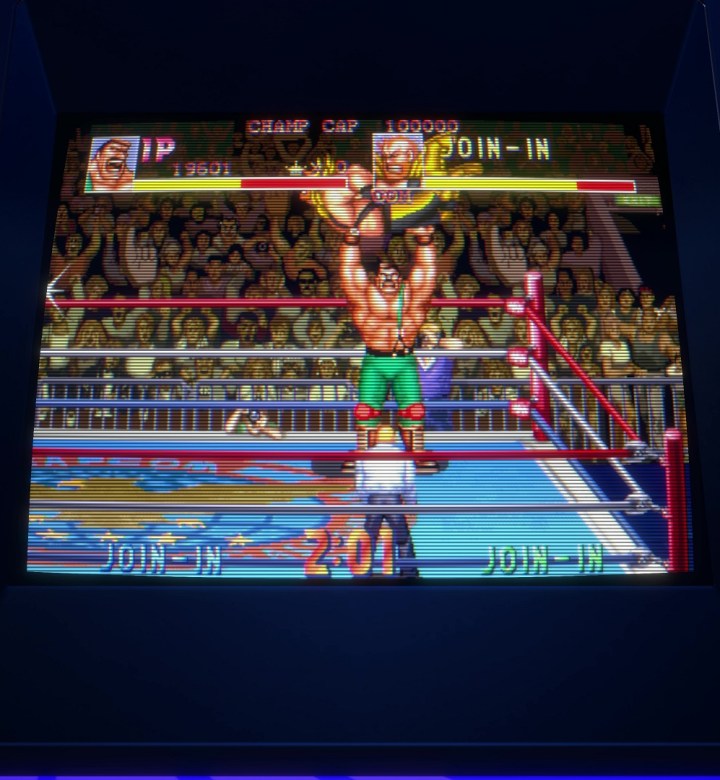 If you've already played the first Capcom Arcade Stadium, then this follow-up's structure should instantly be familiar to you. 30 games make up the full selection that's contained within this second offering of throwback hits. And just like its predecessor, Capcom Arcade 2nd Stadium lets you access each English and Japanese ROM through 3D arcade cabinets that are meant to reflect the real-world way of playing them. The added attract mode noises that play out while you finalize your game selection plays so well into setting up the mood of going to an arcade back during its 90s heydey. From a visual standpoint, everything looks and sounds as close to the real-life version of the arcades as possible.

The main attraction here is the included games that harken back to Capcom's rise to prominence during the 80s and 90s. And for the most part, the lineup on offer here is equally as strong as the one featured in the first Capcom Arcade Stadium. The good certainly outweighs the so-so here - while there are some duds, the quality of those games is owed more to the time in which they were introduced over their actual level of playability. I have all the respect in the world for lesser-known Capcom coin-ops such as SonSon, Hissatsu Buraiken, and Street Fighter for setting the foundation for improved genre installments later down the line. But in all honesty, I can't get that much enjoyment out of such games due to their outdated design. You'll most likely feel the same once you play those types of 80s games just one time and decide to never boot them up ever again.

Once you venture into the 90s mega hits and slept-on games presented here, you'll quickly recognize the true value of this retro gathering. Addictive beat 'em up such as Black Tiger, Magic Sword, The King of Dragons, and Knights of the Round are all available to hop into here with a few local friends by your side. And shoot 'em ups such as Last Duel, Evo Fighters, and 1943 Kai: Midway Kaisen will put your twitch skills to the test and keep you coming back for more. The genre with the most representation within this assemblage is fighters, which ends up being both a good and bad thing. Now is it cool that you can play Hyper Street Fighter II, all the Street Fighter Alpha games, and a select few Darkstalkers titles here? Yeah, of course! But I couldn't help but feel that those games could have been replaced by some other Capcom titles since the ones I mentioned are readily available with better features and rollback online netcode in the recently released Capcom Fighting Collection.

Now I must admit that I'm over the moon at the fact that Saturday Night Slam Masters, Mega Man: The Power Battle, and Mega Man 2: The Power Fighters are present here. Since both games aren't as accessible on modern consoles, it's nice that Capcom placed them here for everyone's enjoyment. Getting to hop into one of the most slept-on wrestling games of all time and Mega Man's exciting boss rush spinoff games happens to be some of the best experiences this collection hangs its hat on. I also have to commend the inclusion of Capcom Sports Club. Having never played it before this compilation came out, I ended up loving its multi-sports discipline and fast-paced takes on each activity. 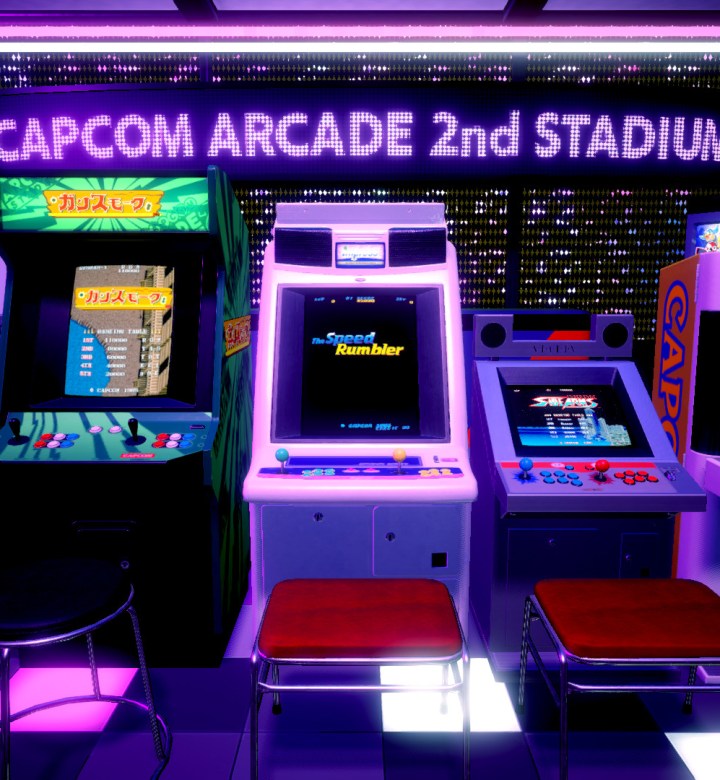 As I mentioned beforehand, my main complaint for Capcom Arcade 2nd Stadium is targeted at it featuring a bunch of fighting games I'm already enjoying in a better state via the Capcom Fighting Collection. I would have much preferred being able to enjoy titles such as Ring of Destruction: Slammasters II, Mars Matrix: Hyper Solid Shooting, and Giga Wing 2 in place of those overlapping titles. Fingers crossed that we get a DLC pack in the future that offloads those forgotten Capcom titles onto this compilation. If you loved the first Capcom Arcade Stadium, then you'll find a lot to appreciate here as well. The 30 games that are featured here are largely entertaining, plus the rewind, quick save, and infinite retries mechanics all make their welcome return. And even though there's no online play to speak of, there's still some fun to be had just by completing special challenges in order to get your name on the online leaderboards. Old heads that still remember using leftover laundry change to play a few games of Street Fighter Alpha 2 will get the most bang for their buck here.