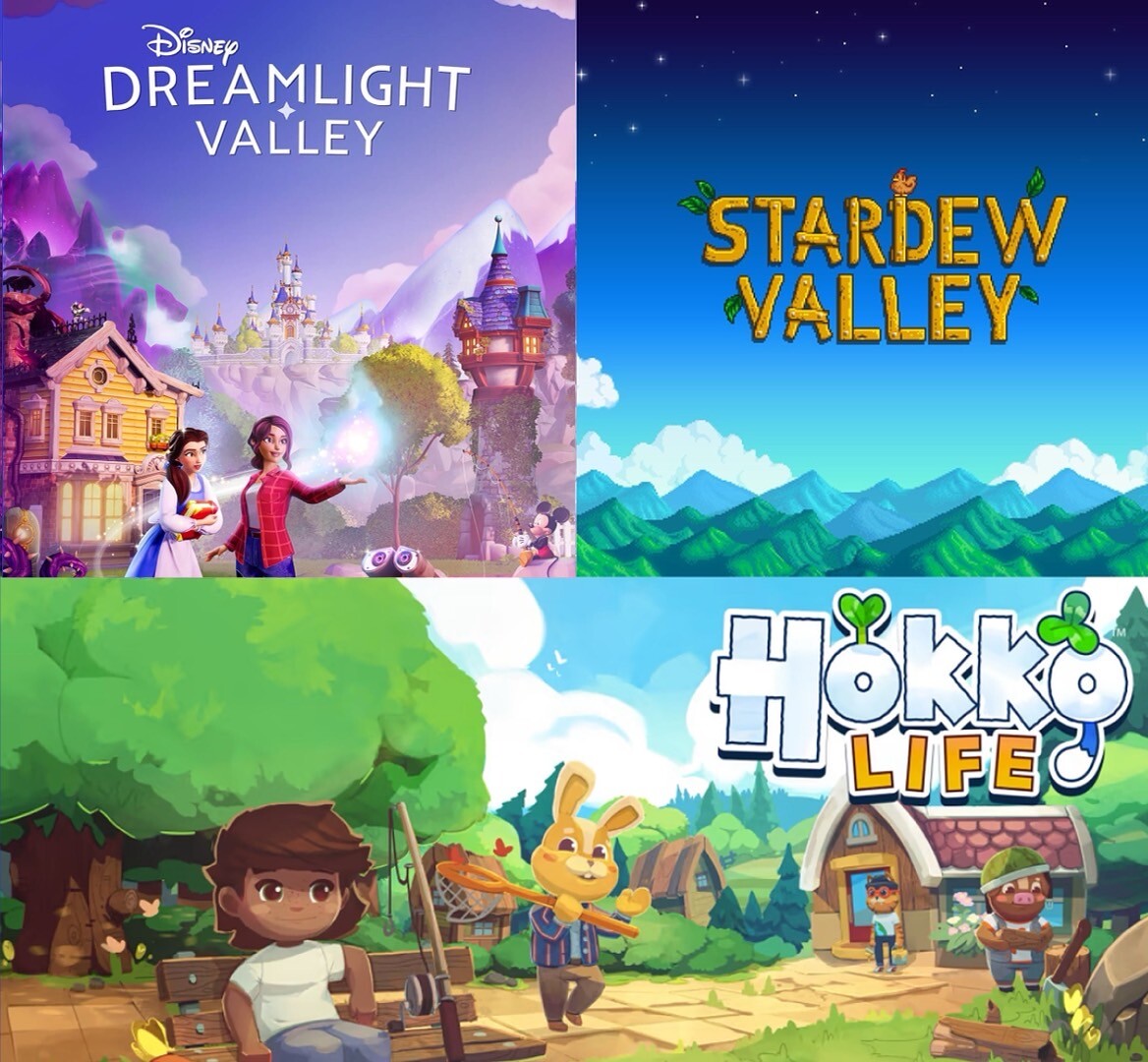 Animal Crossing: New Horizons was released on the 20th of March 2020, a time when many people had to stay indoors and needed something to escape to. That’s what gave it a big boost and propelled it to the second best-selling Nintendo Switch game of all time, but Animal Crossing: New Horizons would have been a big deal regardless. The game lets players do whatever they want, including fishing, watering plants, talking to fellow villagers, going to a café, and even getting a mortgage. It does all of this with a light-hearted touch and makes for a great way to kill time in a game in a fulfilling way. If you want another taste of games in a similar line, below is a list of the best games like Animal Crossing! 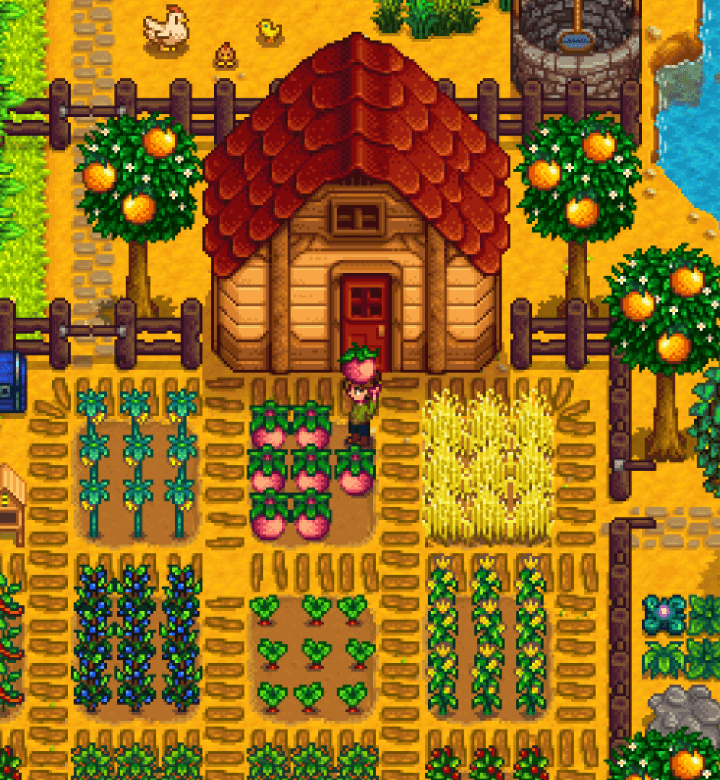 Developed by Adam Robinson-Yu, A Short Hike was first released in 2019 and is a perfect game for fans of Animal Crossing to escape into. Unlike New Horizons, it does have somewhat of a story, albeit not one that you’ll feel so tied to that you can’t go and do whatever you want, whenever you want. You have to reach the top of a mountain to get reception on your phone. Uniquely, you play as a bird here, which makes travel all the more fun.

Coral Island sees players in control of their own farms. This doesn’t mean the gameplay is limited, though. Players can still make friends, go diving, increase the overall rank of the town, and more. The game describes itself as a “reimagined” version of an old-school farming simulator and we agree.

One of the better offerings in this genre is Cozy Grove, a game that puts you in the shoes of a "Spirit Scout." The game has an interesting art style that one of its mechanics plays into. As you meet other Scouts and help them out, completing objectives, the area actually gains color, making for a fulfilling gaming experience. You can cook, fish, tend to animals, and make friends along the way.

Disney Dreamlight Valley is undoubtedly the company’s take on a genre booming in popularity they wanted a stake in. The game was released in early access just a few months ago in September with a full, free-to-play release expected later in the year. The unique selling point here is that the area is populated with famous Disney characters like Mickey Mouse, Elsa, Buzz Lightyear, Moana, Ariel, and many more. This fantastical Disney game is one of the top picks for games like Animal Crossing.

This entry is especially significant for those that are familiar with Doraemon, the titular character of the manga/anime series. Here, he is combined with Story Of Seasons games for a farming sim RPG. It offers all of the things you love about Animal Crossing, with an extra focus on familial love. If you're a fan, check out the recent sequel, Friends Of The Great Kingdom.

Developed by HopFrog and published by Humble Bundle, Forager is a great game to try if your favorite part of the Animal Crossing experience is going out of your way to loot for materials that you can then use. It puts a heavy focus on exploration and resource management.

The concept of Garden Paws is that you’ve inherited a farm from your grandparents and it’s now your duty to build it and the town around it up from the ground. As you complete challenges and the town expands, new residents will help you unlock more items and quests, making for a fun cycle that you can put dozens and dozens of hours into.

Hokko Life is a great one for Animal Crossing fans that are into customization and little details. This game lets you edit in-game items to some extent, which goes a long way with cozy games. The full, final version of the game was only released in September, following a long period of early access.

Lemon Cake is a little more refined than Animal Crossing games. Instead of an entire world at your disposal, the game gives you an abandoned restaurant to start up and run and a greenhouse to help you run it and grow fresh ingredients. It makes for a little change of pace but has many of the same gameplay features as Animal Crossing and games like it, so there’ll certainly be some crossover with fanbases.

Like Lemon Cake, Little Dragons Café centers around running a restaurant, but there’s much more to unpack here too. The story is actually a little bit heavy, revolving around your mother who suddenly won’t wake up, leaving you and your twin to run it… and raise a dragon who helps you look for ingredients. Despite this, it has a gentle touch, and trying to collect all of the game’s resources is a fun challenge.

My Time At Portia is a very popular game within this genre. It gives the player the kind of freedom that fans of cozy games love, but there’s also somewhat of a story at play, with mysteries to uncover in the town. The world is incredibly expansive and the crafting system is a treat to play around with.

As you might have been able to guess from the similar name of this game to the last, this is the early access version of My Time At Portia’s sequel. It’s well worth checking out though because of how much it builds upon its predecessor, putting a focus on building as opposed to farming.

Developed and published by Glumberland, Ooblets is a life-sim game that combines some of the farming elements of games typical in this genre with the collecting and battling aspect that Pokémon popularised. However, the battling here happens with friendly dance battles as opposed to real, damaging fights. Community is a big part of the game, so much so that the developers encourage gamers to join its Discord.

This special version of 2013’s Rune Factory 4 is an enhanced version of the beloved game which adds some plotlines, giving you some extra bang for your buck. The game has quite the plot. A rogue soldier hits you over the head, leaving you with amnesia. Somehow, you end up as the prince of an area and are in charge, which is where all of the work around town comes into play.

Ask around about some of the best games like Animal Crossing and arguably the answer you’ll get the most is Stardew Valley. Since its release in 2016, its fandom has only grown. The story is similar to many on this list; you inherit your late grandfather’s farm and are in charge of fishing, mining, cooking, growing crops, and more. The character development here is also great and interacting with other residents at Stardew Valley is one of its most charming qualities.

Story Of Seasons games have been mentioned on this list a few times, so it’s about time an actual game made it on here. Pioneers Of Olive Town is essentially one of the sequels to Harvest Moon, only some legal problems caused the original team behind that game to change their name. This game offers everything you loved about Animal Crossing. It’s an especially great choice for those who highly value a sense of progression because you really do start with very little here.

Developed by Pixel Sprout Studios, Sun Haven is perfect for those that like building elements from cozy games, but also like to fight fantasy-themed monsters. In fact, there is even RPG-like skill progression and a final boss. Unfortunately, if you’d like to play on Switch, you’ll have to wait a little more for a port because as of right now, it’s a PC exclusive.

Last but not least is the grandaddy of life-sim games, The Sims – the fourth and most recent entry in the main series, to be exact. This will feel like somewhat of a level-up after a game like Animal Crossing, largely due to the more realistic art style and some of the tools at your disposal. The realism here can get rough, like your water turning off if your bills aren’t paid. If that’s the kind of jump-up you’re looking for, give this game a go and be prepared to put a bunch of hours in.