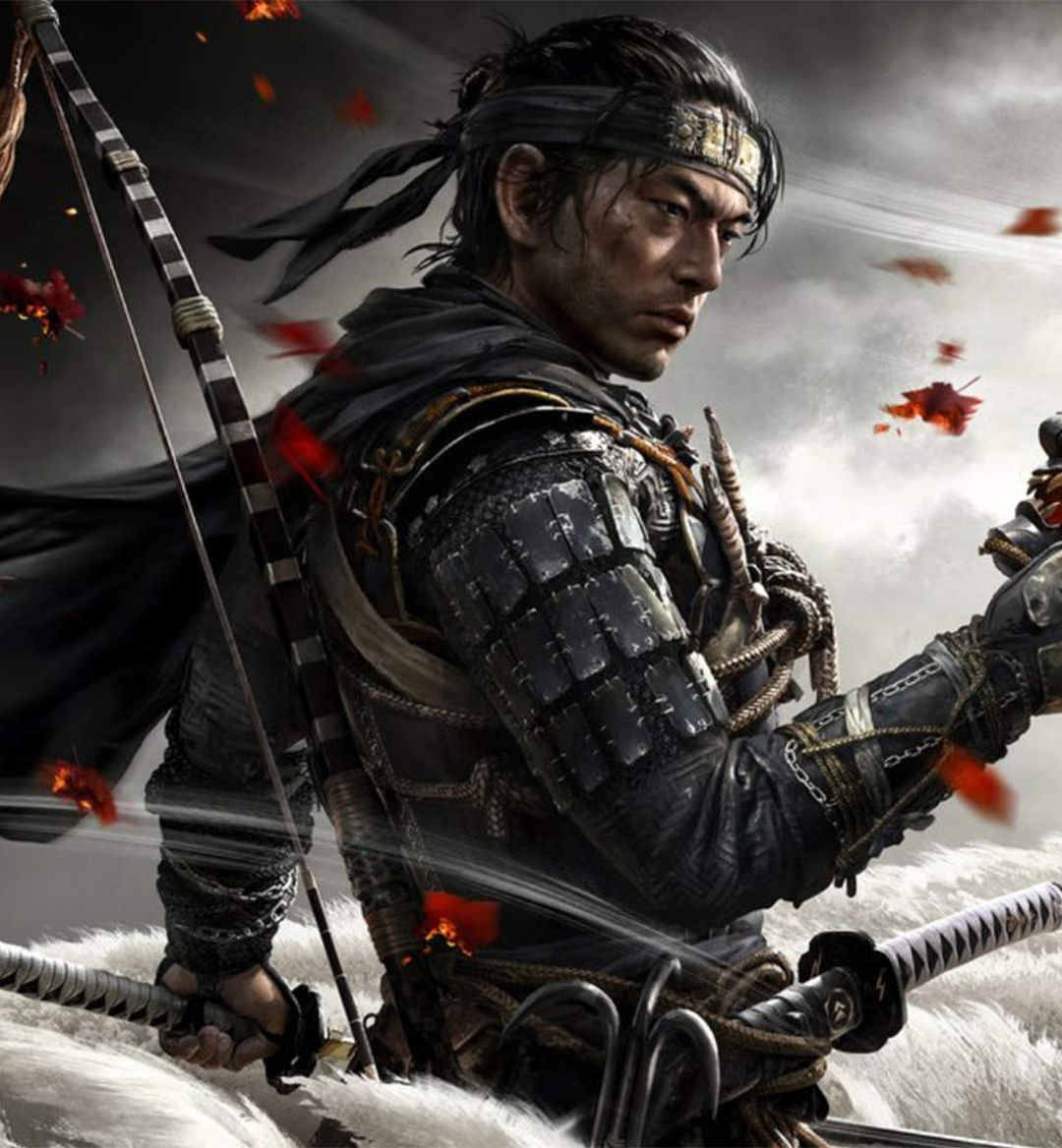 You gotta hand it to Sucker Punch Productions - the Sony first-party studio went in a completely different direction after wrapping up its Sly Cooper & Infamous franchises and ended up notching another win in the process. That shocking victory came in the form of Ghost of Tsushima, an amazing ode to classic samurai films and the war-torn struggles of Japan’s feudal period. The game’s open-world looks fantastic, its battle mechanics are tuned to perfection, and the tale of revenge told throughout it hits all the right notes in order to get its hooks into players.

Chances are you’re one of the millions of Ghost of Tsushima players that completed their journey and are now on the lookout for something similar. We chose 16 games that include some or even all of the elements that the PS4 gem excelled at - a fun approach to open-world exploration, an engrossing tale, action-packed battle sequences, worthwhile side content, and a strong focus on melee weapon mastery.

The strong lineup of games we’re about to recommend you are guaranteed to pull you in just like Ghost of Tsushima.

Ghost of Tsushima provides a worthy challenge to most gamers who are capable of handling it. In the case of Sekiro: Shadows Die Twice, the difficulty attached to its shinobi-themed adventure is far more overwhelming. But if you’re up to it, you’ll get a kick out of cutting down a myriad of foes as the katana-wielding Wolf. You can go stealthy to eliminate most of the opposition and engage in close encounters in order to disrupt their posture to land the killing blow.

While there aren't any intense sword clashes to engage in here, Horizon: Zero Dawn still offers players a fully-realized open world with a whole lot of worthwhile content to enjoy. As Aloy, you’ll set out on a quest to discover who you truly are and where you originated from. And while you’re out exploring the wild, you’ll use a wide variety of weapons as you come to blows with mechanical beasts. Aloy’s a super agile and formidable hunter, so you’ll enjoy hunting down and taming robotic creatures in beautifully realized environments.

Capcom’s Onimusha franchise is still worth spending some time with in this current day and age of gaming. Instead of locking swords with human enemies, your main adversaries come in the form of bloodthirsty demons. Each of the games within the series tasks you with bringing an end to them and their leaders with a huge arsenal of weapons and elemental abilities. Seek out the remaster of the first game and be sure to take a look at the sequels whenever you get a chance to do so.

Ubisoft’s long-running action/adventure IP that’s all about Assassin’s vs. Templars has changed dramatically. The first few entries are mostly focused on pulling off silent kills, while the entries that arrived with the introduction of Origins have implemented more action-heavy battle sequences. The one element that connects every series entry is a deep focus on exploring different periods of history and encountering real-world figures along the way.

Sauron’s army of orcs may appear unstoppable at first glance. But with the melee mastery and spiritual connection to a powerful wraith powering your vengeful Ranger, Sauron’s threat becomes a lot easier to handle. The two games that allow you to seek out your revenge as Talion employ a Nemesis system, which keeps track of the strongest enemies you encounter and builds natural rivals out of them should you fall in battle with them. By the time you enter the sequel, you’ll have a ton of fun building up an Uruk army of your own to take down Sauron’s forces.

For Honor has grown into quite the force since launch. Over time, it’s added a wealth of new warriors to master and online multiplayer modes to hop into. If Ghost of Tsushima’s combat stylings appealed to you, then you’ll naturally gravitate towards the samurai clan. That’s not the only coalition of warriors you can utilize, however - For Honor gives you the opportunity to cut down the opposing army as knights, Vikings, and even the Chinese Wu Lin.

The developers behind the ongoing Dynasty Warriors franchise also produce a line of games that follow the Sengoku period of Japanese history. You’ll be given access to a huge assortment of mighty warriors that are spread out across several melee disciplines and get to test them out on hundreds of hapless victims. The simple act of cutting down waves of foes on your own or with a friend throughout the “Warring States” era of Japan is an incredibly fun history lesson worth checking out.

Geralt of Rivia is quite the boss within the medieval fantasy realm he ventures through. The third game in The Witcher series is his largest one to date and offers hours of fulfilling adventures to hop into. Wild Hunt features an incredibly engrossing storyline and a ton of side content that’s just as absorbing as the mainline questlines. The mature themes that accompany everything you’ll do in this game are perfect for water cooler conversations, which should excite those who’ve also gotten caught up in deep debates over the Netflix series based on The Witcher series.

Nioh mashes up the grueling gameplay attached to the “Soulsborne” subgenre with a setting that’s inspired by feudal Japan. Both games in the series pit you against human foes and supernatural beings called yokai. There’s a whole lot of fighting to embroil yourself in and you’ll definitely need to stay on your toes as even the weakest of foes can catch you off guard. Making good use of all sorts of weapons and even getting the chance to rely on yokai abilities of your own are two elements that lie at the heart of the Nioh series.

Here’s another “Soulsborne” inspired title that employs finely tuned melee encounters. Star Wars Jedi: Fallen Order puts you in the boots of a young Jedi Padawan named Cal Kestis, who ends up on the run from the Galactic Empire. During your universe-spanning adventure, you’ll swing your lightsaber around as you take on everything from Stormtroopers to native beasts. Utilizing the powers of the Force alongside your lightsaber swings is immensely enjoyable.

The Way of the Samurai series offers “Choose Your Own Adventure” plotlines that allow for a ton of replayability. Each series entry places you in the role of a wandering ronin that finds himself getting caught in the middle of a struggle that can play out however you see fit. You’ll get a whole lot of playtime out of navigating every storyline possibility and putting your sword skills to the ultimate test.

Moving through the shadows and getting rid of your foes as a formidable ninja sounds like an interesting proposition, doesn’t it? Doing all that as Jin in Ghost of Tsushima is a blast and performing those same tasks in the throwback Tenchu games is just as fun. Rikimaru and Ayame still get top billing as two of gaming’s greatest ninjas as you can put their vicious skills to good use within a digital recreation of 16th-century feudal Japan.

We got some more assassin-themed awesomeness for you here with this next entry. Aragami sets you up as a shadow spirit that can rely on the power of teleportation, a raven companion, and a set of bells that can lure enemies in for the kill. One hit can take you out, so you’ll need to map out every movement and pull off your kills as quietly as possible in a bid to stay alive. Aragami hits all the right notes as a modern-day nod to stealth games of the past.

Omensight: Definitive Edition incorporates a murder mystery into a Groundhog Day scenario that will enrapture you from the jump. Every time you come back to life on that fateful day, you’ll need to gather your clues and keep investigating what it takes to prevent an apocalyptic event. As you map out your path towards saving your world from certain doom, you’ll employ a wealth of swordplay skills that come into play within a fluid combat system. The magic abilities that come into play and the time-manipulation powers that come your way also play a huge part in how you choose to vanquish your foes.

2018’s God of War may not feature samurai wars and gorgeous Japanese landscapes, but it throws you in an open world that’s full of enemies to clear out and interesting personalities to interact with. Kratos is joined by his son Atreus, who aids him in battle with his bow & arrow skills in tow. Unlocking Kratos’ huge array of powers during his and his son’s journey through a mythical world ruled by Norse Gods will shock and amaze you from start to finish.

Old heads who are old enough to remember Samurai Jack’s incredible animated series should definitely give this game a look. Not only is it surprisingly better than your average officially licensed title, but it also pays homage to the series it’s based on by adopting its signature art style. Jack’s magic katana, other enemies’ weapons, and even his bare hands can be used to land sick combos on everyone that makes the mistake of trying to stop him.