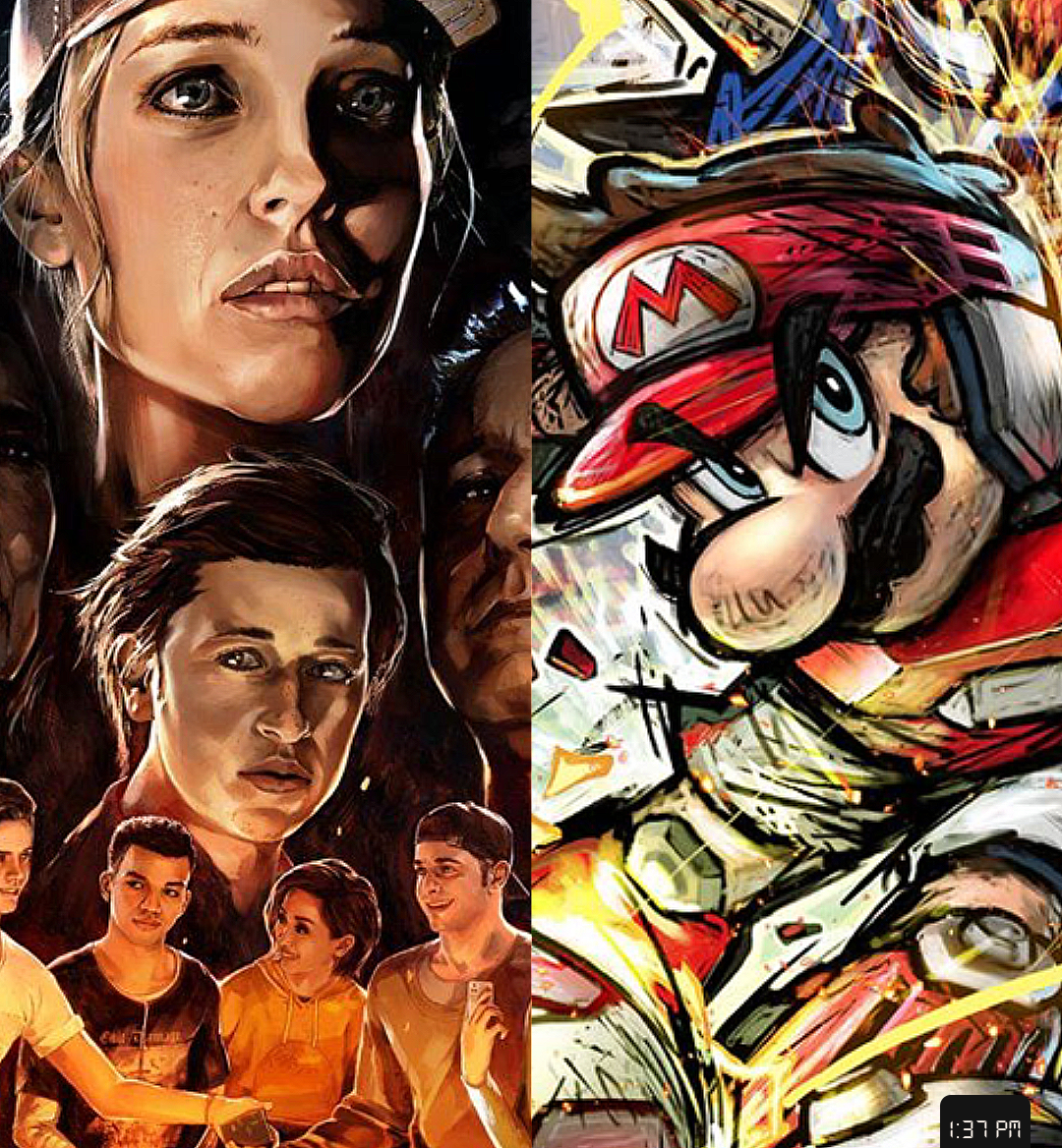 We know, we know - there isn't a whole lotta time for dedicated gaming sessions when the homies wanna hit the beach and indulge in some summer activities. But you're eventually gonna catch a breather from all the outdoor fun you've been a part of and plop down in front of your TV/monitor for some digital entertainment. The games that came our way last month were a solid bunch and now we're prepared to bring you up to speed on the June 2022 video games lineup. This month, you can look forward to classic gaming compilations, a brand new fighter from developer Arc System Works, a fresh mobile/PC entry in the Diablo series, and so much more. Now let's get into it! 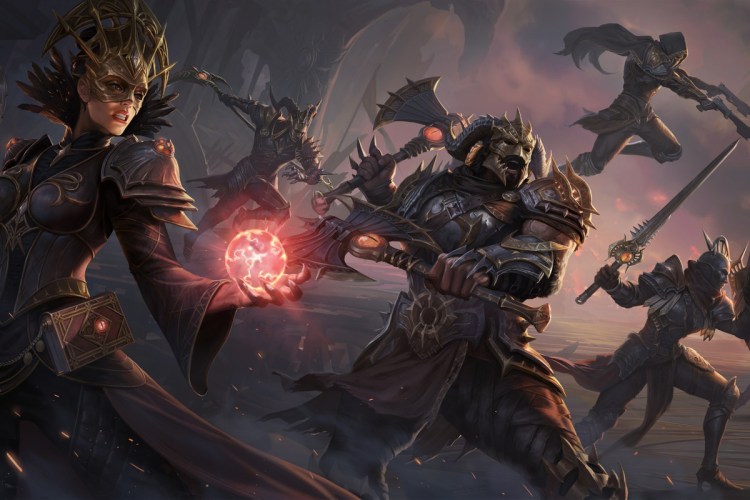 The term "shock and awe" applies to Diablo fans that got the news about Diablo Immortal also being available on PC besides mobile devices. Even though those same avid followers of the legendary dungeon crawler series were less than pleased with this game's initial reveal, the overall sentiment towards it has grown more positive over time. And that's because Diablo Immortal provides the same addictive hacking, slashing, and looting you've all come to expect. Taking place between Diablo II and III, this free-to-play MMO action RPG focuses on a party of heroes being tasked with preventing a catastrophic event. And with six classes to choose from (we're choosing the Demon Hunter!), players will need to grow in strength and numbers in order to see that goal to completion.

Mario's long line of arcade sports games has been nothing but pure class. The soccer spinoff games are still worth returning to if you ever feel like dusting off your GameCube and Wii. But you might not have to since the Switch is getting the latest entry in the series in the form of Mario Strikers: Battle League. You know what's in store for you here - super aggressive on-field action, hella flashy super moves, and a roster jam-packed with your favorite Mushroom Kingdom inhabitants. Mario Strikers: Battle League will bring the hype and make it all look as bright as possible within the colorful confines of the wonderful world of Mario.

Here's everything else you need to know about Mario Strikers: Battle League.

Supermassive Games should sound familiar to gamers that have taken a deep dive into titles such as Until Dawn and The Dark Pictures Anthology. The development studio's next foray into the realm of interactive horror games is set to take over the summer with the release of The Quarry. This game's premise places nine teenagers in a spooky forest locale called "Hackett's Quarry," which houses all sorts of sinister threats that endanger their well-being. You know the deal here, folks - you'll be confronted with major decisions to make and last-minute saves to perform in order to arrive at one of the game's many endings. As far as star power goes, The Quarry features the likeness of David Arquette, Ted Raimi, Justice Smith, and more.

Even though we haven't gotten a Wipeout game in years, plenty of quality spiritual successors have arisen in that series' depressing absence. One of those games is Redout, which was released in 2016 to a hugely positive response. Now we're due for a sequel that looks like it'll give fans of futuristic racing games everything they desire. Redout 2 provides the same high-octane, speedometer-breaking racing action fans have taken quite the liking to. Plus this sequel is incredibly feature-rich thanks to a total of 36 tracks (that can also be played in reverse!), 12-player online multiplayer (six-player on Switch), and a wealth of modes to speed through.

Neon White is unlike your average first-person shooter. Its art design sensibilities are much brighter & flashier than most, plus its reliance on a card-based combat system definitely sets it apart from the many games of its ilk. The story backing this game up is also pretty unique, which is why it's worth delving into - as a master assassin handpicked from Hell named White, you'll compete with a collective of fellow demon hunters as everyone works to earn a permanent spot in the heavens above. Equip your favorite cards, master your powerful loadout, and clear out all those hazardous demons in this eccentric FPS.

IT'S ABOUT TIME! After months and months of character reveal trailers and behind-the-scenes developer interviews, we're finally set to hop back into the colorful world of the "turtles in a half-shell." Teenage Mutant Ninja Turtles: Shredder’s Revenge keeps it retro as it incorporates side-scrolling beat 'em up gameplay that's all about beating up the Foot Clan and the many bosses that fight for Master Shredder's forces. You'll most definitely want to get the crew together since this one will feature six-player local/online co-op. With all four Turtles, Master Splinter, April O'Neil, and Casey Jones on tap, you'll have some faves to choose from once it's time to "kick some shell."

Now we've arrived at the classic collection portion of this list of June 2022 video games. Sega is always in the business of putting its iconic "Blue Blur" in the spotlight. Before he pops up later in the year within his newest 3D platforming adventure, Sonic the Hedgehog will revert back to his 2D days in Sonic Origins. This remastered compilation features the definitive editions of Sonic the Hedgehog, Sonic the Hedgehog 2, Sonic 3 & Knuckles, and Sonic CD. You can play all these games in "Classic Mode" with limited lives and in their original resolution or try out the new "Anniversary Mode" that gifts you unlimited lives and a new fullscreen revolution.

Capcom's 2D glory days within the fighting game genre are still revisited by the FGC whenever you tune into a random Twitch tournament. If you're looking to own a good majority of those classic Capcom fighters on modern consoles, then the Capcom Fighting Collection should whet your appetite. So check out this list of available fighters - Darkstalkers: The Night Warriors, Night Warriors: Darkstalkers’ Revenge, Vampire Savior: The Lord of Vampire, Vampire Hunter 2: Darkstalkers’ Revenge, Vampire Savior 2: The Lord of Vampire, Hyper Street Fighter II: The Anniversary Edition, Super Puzzle Fighter II Turbo, Super Gem Fighter Mini Mix, Cyberbots: Full Metal Madness, and Red Earth. Couple all those gems with rollback netcode, a gallery full of slick art, and a dedicated training mode and you have yourself a must-have for Capcom fanatics here.

The Dynasty Warriors "Musou" beat' em up formula has worked out much better than expected with Nintendo's Legend of Zelda and Fire Emblem series. After Fire Emblem Warriors did so well, it comes as no surprise that a sequel is now on the horizon. Fire Emblem Warriors: Three Hopes takes place within the same world that Fire Emblem: Three Houses encapsulates. Three separate houses and their accompanying heroes (plus all-new ones!) come together here to engage in an intense war. And while you're running around the battlefield, you'll pull off all manner of light/heavy attacks and super moves as you rack up hundreds of kills all the while.

One of the most unexpected fighting game collaborations from developer Arc System Works is coming in the form of DNF Duel, which is a 1v1 spinoff of the Dungeon Fighter Online franchise. Many of the simply named character classes from that beat 'em up/MMORPG hybrid show up here to bring the pain in some beautifully animated anime fighter clashes. The ease of access towards pulling off combos and special moves should attract casual fighting game fans that want to give this one a go. DNF Duel offers some wild fights that feel pretty dammed good on a local and rollback online level.

Now let's get into some highly anticipated DLC releases for this group of June 2022 video games. Development studio Studio MDHR has been hard at work on delivering a worthy piece of extra content for its beloved boss rush shoot 'em up, Cuphead. The Delicious Last Course (DLC, get it?) adds in a third playable character named Ms. Chalice, additional weapons, and a bunch of new challenging baddies to defeat by yourself or with a local friend. Chef Saltbaker is going to need your assistance here in order to defeat Cuphead's new collection of mega bosses.

The hunt never ends whenever Capcom's premier monster hunting franchise is concerned. The Nintendo Switch and PC entry in the long-running series is getting a whole new batch of DLC that's set to expand its horizons even more and give players so much more to enjoy. Monster Hunter Rise: Sunbreak will arrive with a host of gameplay improvements, including new moves for each weapon type, even more massive monsters to confront, and another difficulty level that'll offer the toughest monster-hunting undertakings yet. It's time to sail off to the Shrine Ruins for a wealth of more addictive Monster Hunter action.