The esports team speaks to ONE37pm on 'One More Game' 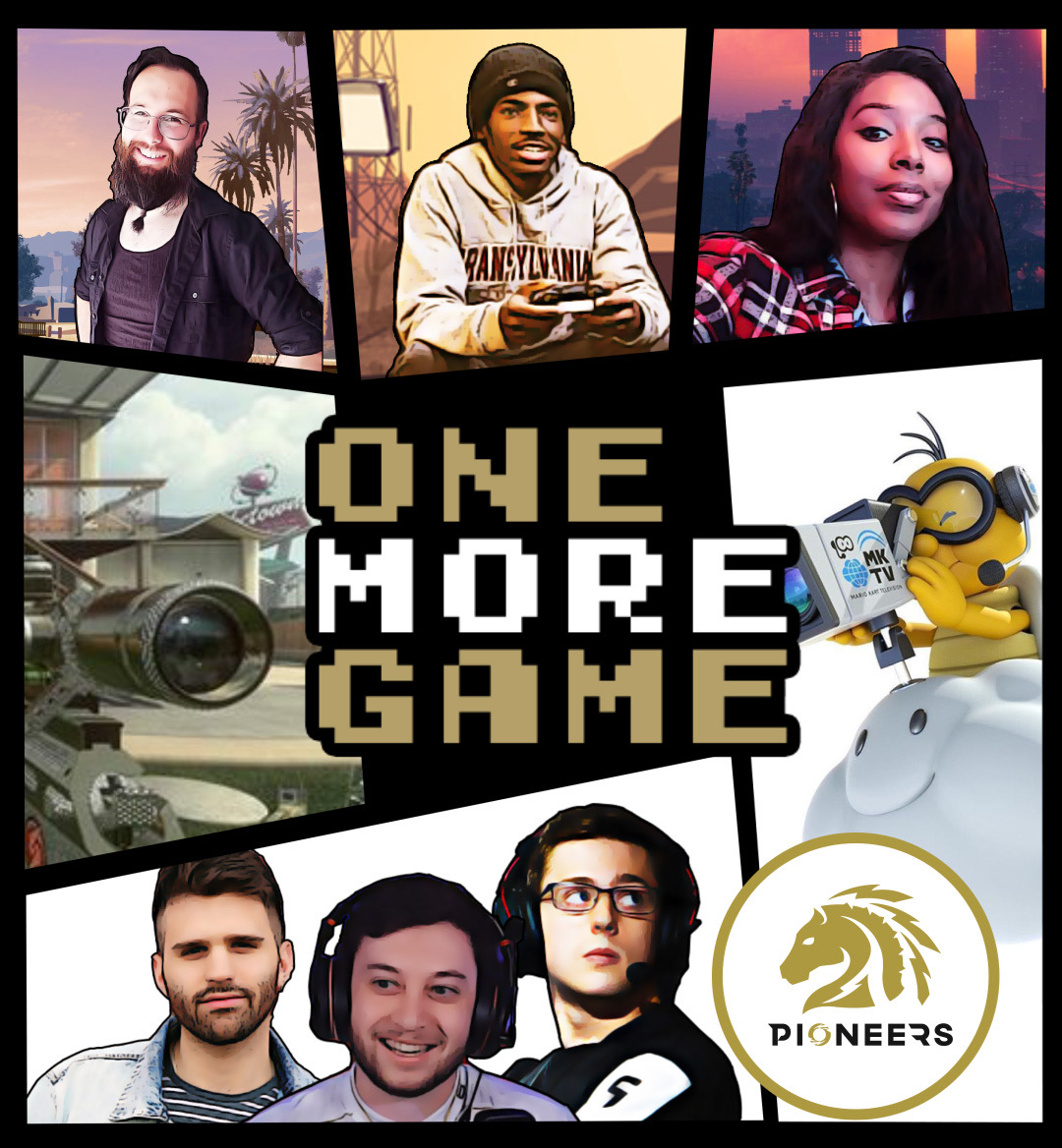 In recent years, esports has become a billion-dollar entity. With competitions amongst various leagues, esports continues to thrive. Over the past couple of years, Kansas City has begun to establish a legitimate presence in the sports world (a guy by the name of Patrick Mahomes might have something to do with that), and now the Kansas City Pioneers, the city’s Rocket League team, are making their presence known with a vengeance as well. In this episode of One More Game, host Aaron “Don” Dukes and co-hosts Warlock Rakaul and Redinfamy spoke with Sam Kulikov (the chief creative of the Pioneers), Pioneers star Michael “Memory” Loss, and head coach JG7, about all things gaming.

Don kicked off the conversation with a discussion on how we’ve seen the growth of the Pioneers and Rocket League over these last several months in particular.

Sam: “I think it’s performing well, if we didn’t perform well in Rocket League, there would be nothing really to brag home about. So that’s one major thing. We want games to know that we are able to facilitate anything that they want/need to happen. There are so many little pieces, and to keep having James (JG7) and the team show improvement week after week, people pay attention and lock into that. They become fans instantly.”

Another factor in the organization’s success has been Rocket League now being free to play.

JG7: “I’m actually a full-time streamer in Rocket League, so I’m really looking forward to it. Obviously, Epic Games is massive, and Fortnite has huge viewership numbers in terms of Twitch and YouTube. I think Rocket League is a game that has a lot of potential. Especially for the younger audience Twitch and YouTube tends to cater for. I think Rocket League could be up next. It’s so easy to learn—it’s exciting to learn, and fun to struggle. I honestly could see it blowing up.”

Memory: We’ve even seen the start of that with Liquidpedia. People have been looking up pro player controls and settings for the game. I think it was number one on the trending pages for the Wiki.”

In every sport, there is an “underdog.” A talented team with a lot of potential that for some odd reason is slept on. Some teams like the “underdog” label, while others hate it. Either way, the title is fuel to the fire, adding even more motivation for those teams to succeed. The Pioneers are no different.”

JG7: “So the top six teams with the most points from NA (North America) make Worlds, and we see ourselves as well on our way. In North America there’s a top-four: Spacestation, G2, Envy, and RG—I think we are about to make it a top five. We are on the level of those teams, and we still have so much to improve on, which is actually scary. I always say that the top teams don’t have as much to improve on as we do, and yet we are taking them on. Last weekend we came top four in regionals, but we still have so much to improve on. We haven’t even been playing that well, to be honest."

Like with every sport, esports has had to adapt to the changes the Coronavirus pandemic has presented in terms of transitioning from a LAN setting to online. Don asked the group how that transition has been, and thoughts on a potential “bubble” environment.

Memory: “For me, it’s been a bit rough. I really loved going to the LAN’s. That was a big part of competing for me, and with all of it being online, it doesn’t ruin it, it just changes the dynamic a lot. Some of the tournaments we would’ve had that are notorious for being very hype and exciting, got canceled. It’s been different, but it’s still good.”

JG7: “It stinks because we’ve had internet problems with some of our players. It just stinks. We can’t even boot camp with our players or any of that.”

Sam: “Logistically a bubble sounds like just a quarantine system, but at the same time, I just don’t think that Rocket League and Epic want to even worry about that with those logistics. I’m not an expert at the logistics of all that, but I do know that everyone is coming from different cities, and they can’t just stay there for a long time because the season is pretty long. I don’t think logistically it can play out.”

While times are still tough right now, we also know that tough times don’t last forever. With Memory’s growing leadership, and a bright future for the Pioneers (and Rocket League all together). There’s a lot to look forward to in the coming months.

Memory: “It’s kind of weird because I came after Beastmode (the fifteen-year-old Pioneers rookie). A lot of the work over these past few months has been trying to help Beastmode develop into the player we know he can be.”

JG7: “There aren’t very many players who have been in the game as long as Memory. I feel like Memory is one of the best of the original players that are still around. It’s honestly been great for me coming in because I don’t have the experience that Memory and Rapid (another Pioneers team leader) have. So it’s been great watching them develop their leadership skills.”

That growth and leadership will certainly prove helpful as Kansas City continues to excel.

Sam: “The Pioneers know how to adapt. We know how to pivot, we know how to engage authentically, and we know how to be ourselves. Whether that’s us playing Rocket League, or is pumping out content, it doesn’t matter what situation you put us in, we are gonna use it to capitalize on whatever we can.”

The sky’s the limit for the Kansas City Pioneers and Rocket League, and their future success is highly anticipated. For now, you can watch the full episode in the video above.