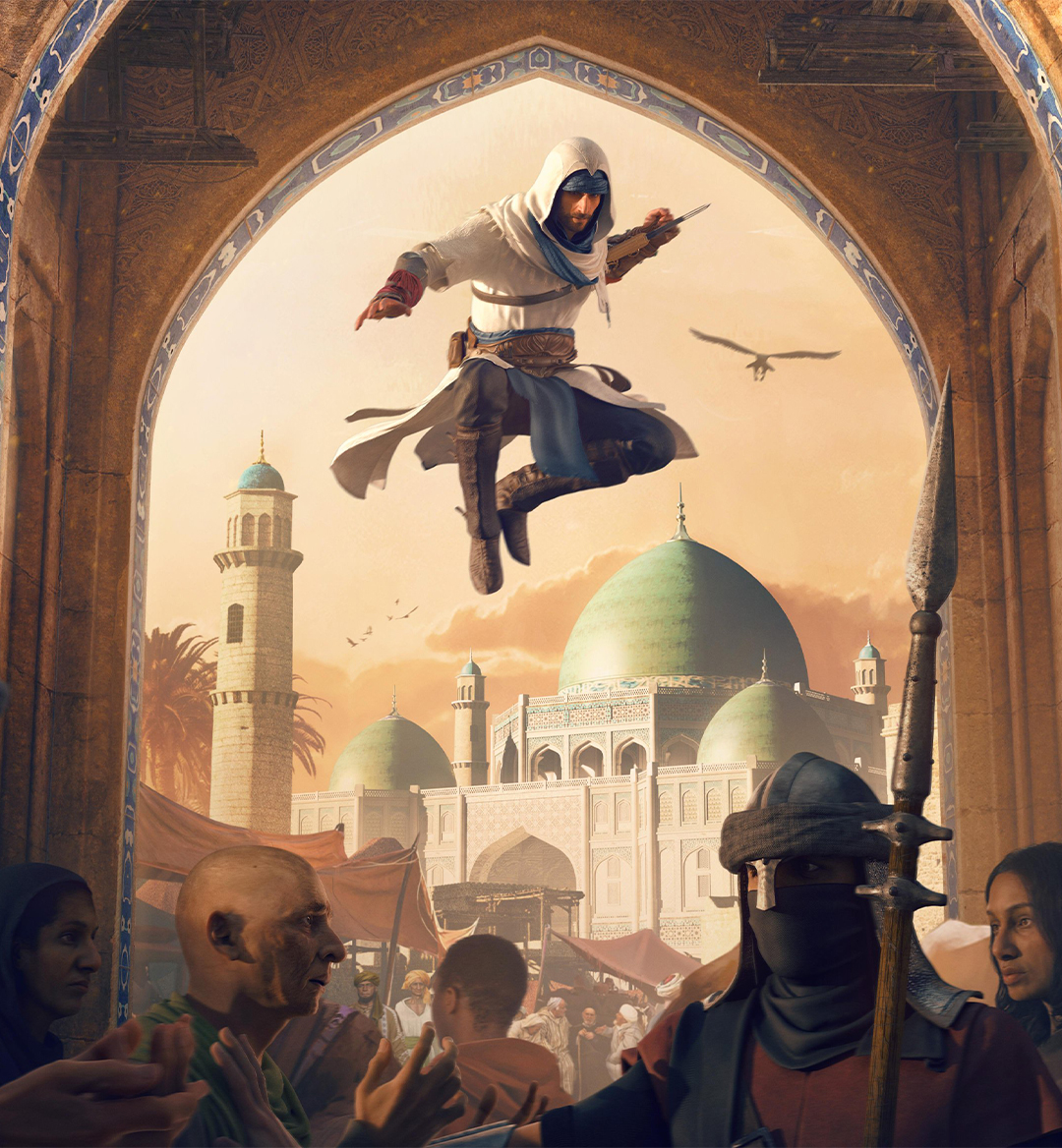 For weeks now, gamers have heard and read so many different rumors concerning Ubisoft's future installments within the publisher/developer's Assassin's Creed franchise. One of those rumors proved to be factual when the company officially announced one of those new games in the long-running series - Assassin's Creed Mirage. And now, we know even more about what Ubisoft has in store for its most successful IP and the rest of its franchise catalog thanks to the reveals that happened at today's (September 10) Ubisoft Forward 2022 event. You've definitely come to the right place if you want to learn about all the highlights and see all the trailers that dropped during that special games showcase.

The first reveal that came during the Ubisoft Forward 2022 live stream was for the second installment in the spinoff crossover tactical RPG series starring Mario and the Rabbids. Before everyone gets to hop into its new batch of turn-based strategy enemy encounters on October 20, Ubisoft made sure to show us a bunch of new gameplay footage that details the game's new worlds, party characters, their abilities, their first boss fight, and the varied combat situations you'll find yourself in. In a very cool announcement, it was revealed that Rayman will pop up in a future piece of DLC for this game.

Skull and Bones, the long-in-development swashbuckling pirate's action/adventure game, got its time in the spotlight with an extensive breakdown of everything it entails. You'll get to rule your own pirate crew and sail the high seas on November 8.

On September 14, Riders Republic is set to receive new content in the form of BMX biking, a new zone called "Area 52," and new rider disciplines in the form of street, dirt, and park. All this fresh content will be a part of the game's fourth season.

Tom Clancy's The Division Heartland will transport players to Silver Creek for a new conflict. What's on offer here is a free-to-play survival-action multiplayer shooter that will put you alongside and against lethal agents doing battle within a rural community mired in conflict.

The upcoming mobile spinoff game in The Division series got shown off. The same PvP and PvE action that the series is known for are the central elements that will be at the heart of this new game in the series. It's worth noting that the "Dark Zone comes with a twist, the time is now limited, and you have to reach the extraction point before your gas mask filter goes empty!"

The Apple TV+ streaming series about a video game development studio's inner turmoil is coming back for a third season later this fall.

In early 2023, the free-to-play racing game Trackmania will finally make its way over to PS5, Xbox Series X|S, PS4, Xbox One, Google Stadia, and Amazon Luna. Several crucial features, such as cross-play and cross-progression, will be included as a part of the game's upcoming ports.

The next Assassin's Creed game we've all been hearing about finally got shown off in cinematic reveal trailer form. The game's official description is as follows: "In the ninth century CE, Baghdad is at its height, leading the world in science, art, innovation, and commerce. Amid its bustling urban landscape, a conflicted young orphan with a tragic past must navigate the streets to survive. Experience the story of Basim in Assassin's Creed Mirage." And by the sounds of it, this Assassin's Creed game will ditch its action RPG focus of the last few series entries and return back to the fan-favorite mechanics that were established with everything pre-Assassin's Creed Origins. Assassin's Creed Mirage will release in 2023 for PS5, Xbox Series X|S, PS4, Xbox One, PC (Epic Games Store & Ubisoft Store), and Amazon Luna.

Be sure to check out this special documentary piece that takes a look back at Assassin's Creed's greatest moments and its evolution throughout the years.

So we actually got a showcase within a showcase here (the Inception vibes are off the charts here, fam!). During this Assassin's Creed showcase, we learned about several games in the works for the long-running stealth-based franchise: