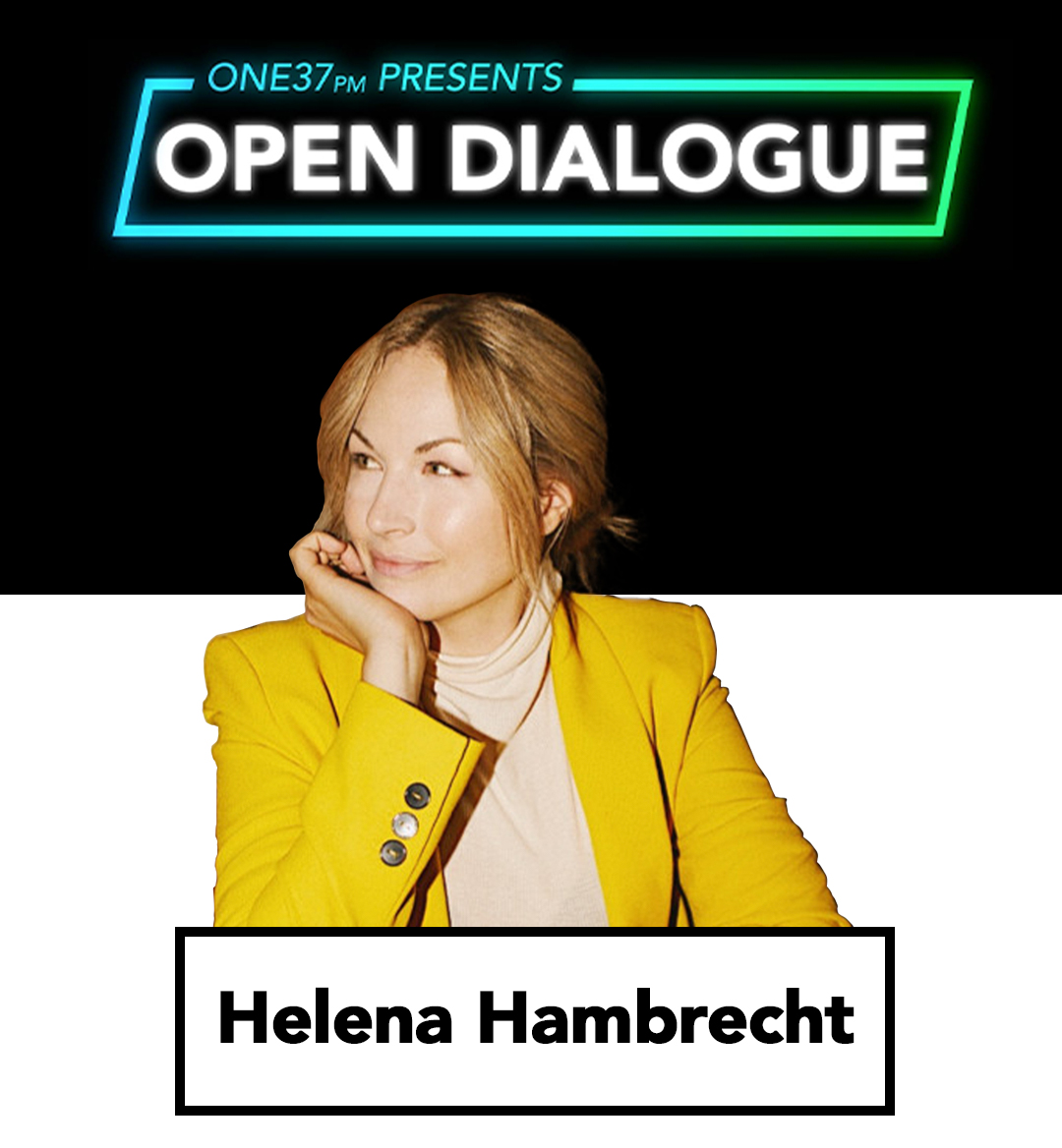 Helena Price Hambrecht, the Co-founder and CEO of Haus, along with her husband Woody, are rising entrepreneurs in the beverage industry. Hambrecht recently sat down with ONE37pm’s Phil Toronto on the latest episode of Open Dialogue to discuss the Haus brand, why they started in the first place, and how they distribute their products.

So, what exactly is Haus?

“Haus is booze, and we are the first direct to consumer company in the liquor space ever, and we wanted to reinvent what an alcohol hall company can be today,” said Hambrecht.

“Everything from what’s in the bottle, how it looks, how it is distributed, the whole thing. So, it's really great tasting booze.”

Hambrecht's career did not start in the alcohol space unless you count working in bars at the age of 21. She started working in Silicon Valley with a background in public relations and communications for tech companies before she and Woody started Haus in June of 2019.

“I lived so many lives; I did have a past life in booze. I worked in bars from 18 to 21, and that is where I learned about the world, but I certainly wasn’t making it. I got my start doing PR for startups; that was my first personal adult life. Then, I started to see that Silicon Valley would need branding, photography, creative campaigns.

And I thought I could be that person since I have been doing photography since the age of six-years-old, and it worked. I worked with every small startup, and every big one, like Facebook, Google, Uber, and Twitter, the whole thing. So, that was the first ten years, and now booze.”

in front of the cam || behind the cam

She continued to explain why she started Haus in the first place. “It really started by marrying a dude named Woody, who already made alcohol. So, this guy named Woody, he is my husband now, and he is a third-generation winemaker. He was actually making aperitifs and gorgeous wines for a decade when I met him. And originally got into aperitifs, which Haus is, when he was living in Berlin,” shared Hambrecht.

“He moved from New York, where he works hard, plays hard, shots, shots, and then when went to Berlin, and said everyone is drinking differently here. They are drinking to meet each other, to have a conversation, and to remember things. It turns out they were drinking aperitifs, and he said I have to make this thing in America.

So, when he returned, he took over his family’s farm and started making aperitifs. So, when I met him, he was doing all the things the right way, such as getting the cool distributor, got it in the best bars and restaurants, but if you don’t know the alcohol industry as an independent brand to make it big… So, Woody did not grow beyond being cool, and the best accounts and I as an observer said ‘that sucks.’”

According to Hambrecht, she has been drinking throughout her adult life, and while there have been many good things that occurred over drinks, the downside is the countless hangovers, not getting much sleep, and having to work off the calories. She began to think about why there isn't a better way to drink.