7 Recent Releases Worth Listening To 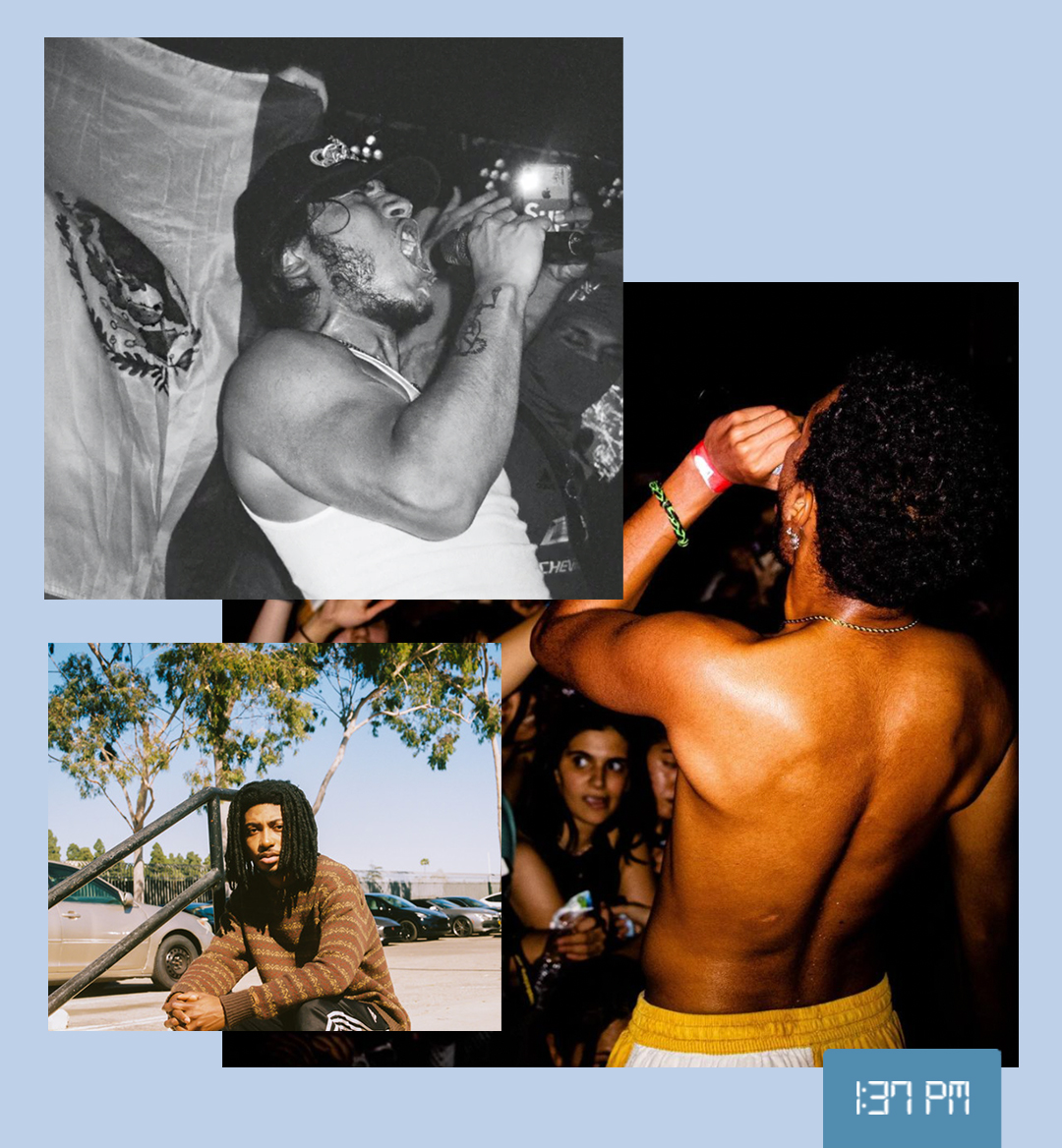 This year has been a huge blessing so far for music fans. A ton of quality music came out, and much of it is from artists that your average listener isn’t hip to.

It's a top priority of ours to keep you up to speed with some of the fastest growing up-and-coming artists from all genres. Being that we’re in the digital era, we’re seeing artists blow up much faster than they have in the past, and there’s nobody more qualified to keep you early on talent than ONE37pm.

Without further ado, let’s take a deeper look at some of our favorite drops from up-and-coming artists in 2022 so far: 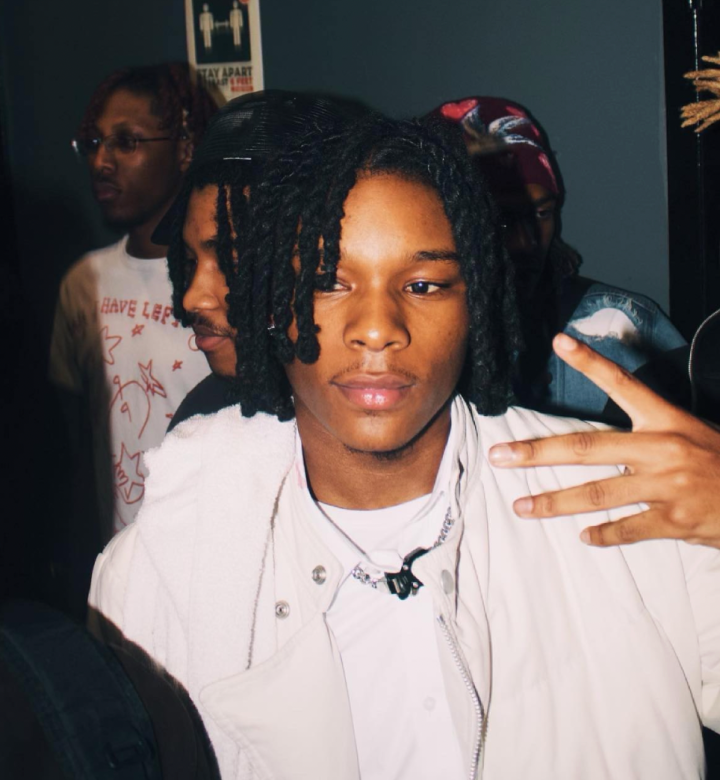 From Atlanta, J Dlux is far from your ordinary rapper. His witty lyrics and laser-sharp rhythmic ability make his music absurdly entertaining. His latest release, 'NEVACHANGE 2' is some of his best yet, and that's saying a lot considering the volume of fire music he's released so far. The project is a 10-song glance into the wildly artistic universe of J Dlux, and it's proving to satisfy both day-one and new fans. Some favorites include "Max B", "NO GUTZ NO GLORY", "The Chase", and "3 DAYS IN". Take a look for yourself and find some favorites of your own. 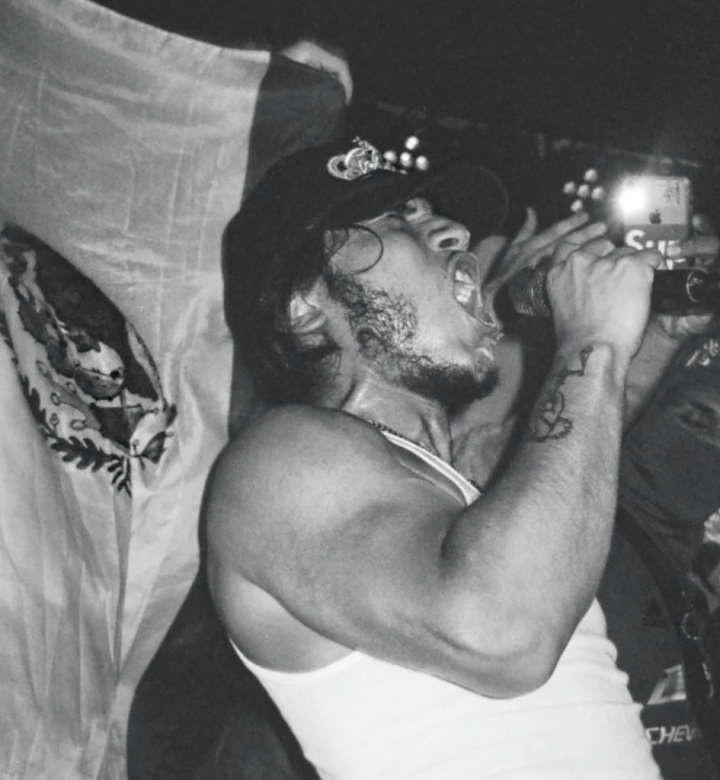 SpliffHappy has been making a huge buzz in NYC, and you should take this as early notice on his impending ascension. He's been using social media in the best way, and following that up with original, quality music. He's been receiving 'co-signs' of sorts from various influential underground figures like Dickbyair (an NYC DJ, host, and founder of NO NEGATIVITY LLC), who had this to say :

SpliffHappy is doing it right. He's in no rush, but isn't lackadaisical at the same time. Each drop is in line with his brand, while still maintaining a fresh element every time. His latest drop is his EP, 'BREATHE', and it should definitely be in your musical rotation this week. 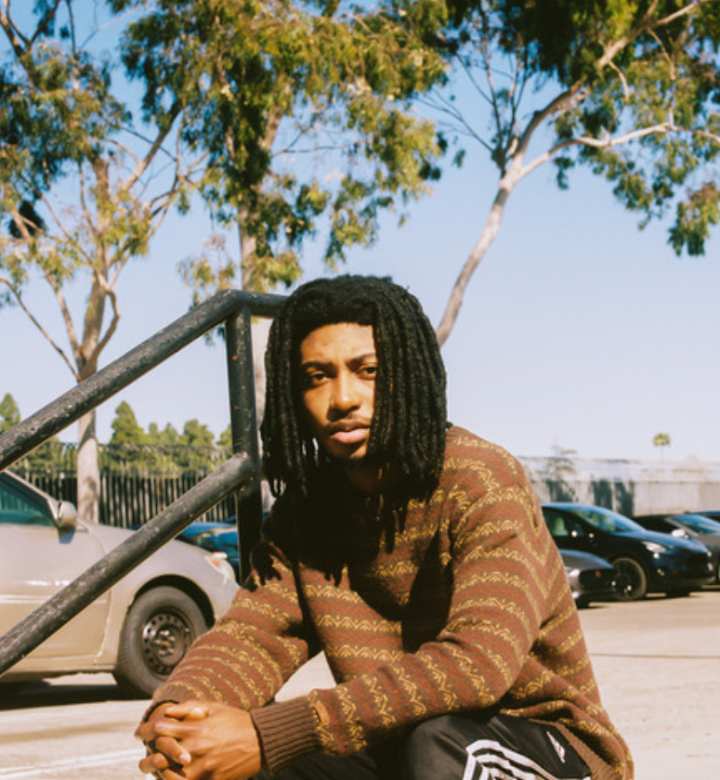 Ahmad Anonimis was born and raised on the outskirts of Atlanta, and fell in love with music at an early age. This passion has evolved into expertise and art, and his music is the clearest proof-of-concept. If you're new to Ahmad, don't worry. Most people are. With Spotify editorial coverage on playlists like Gaming Lounge, omw, Fresh Finds Hip-Hop, and Choice Edit, along with Ahmad's growing core audience, it's clear to see he's been leveling up. His latest drop is his single, "Get Back," and it's one of his best yet. 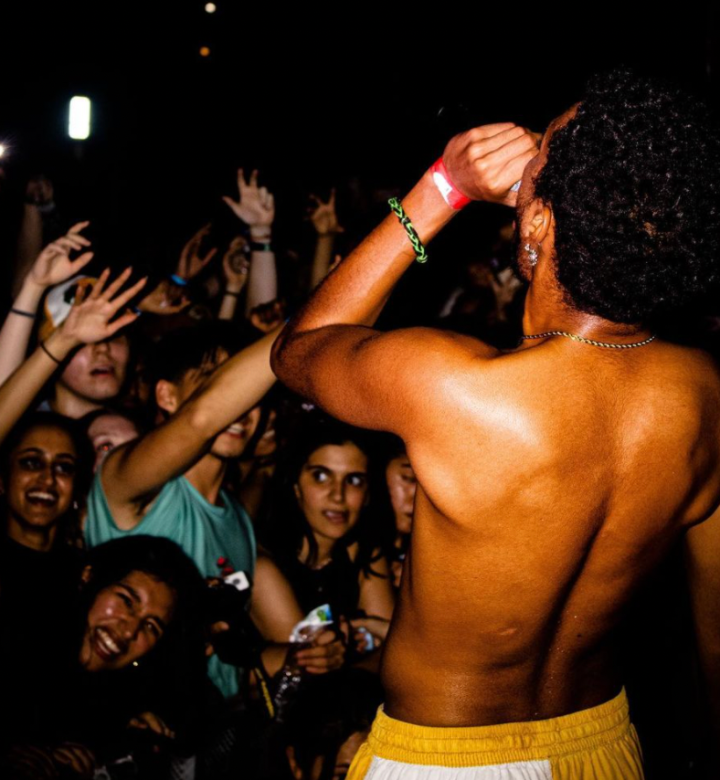 Maasho has been on an upward path for a while now, but his latest release, "i got it," is arguably his most fire yet. The single is apparently Maasho's favorite song that he's made so far. With over 100k monthly listeners and his top Spotify song on the verge of 10M streams, it looks like Maasho is on the verge of something major. "i got it" is everything his fans have come to expect: a strong, well-built out record that sounds like Maasho, but is different than everything they've heard before. The young talent has done a magnificent job at keeping fans on their toes by innovating musically. Take a listen to his latest below, and stay in tune with this impressive up-and-comer. 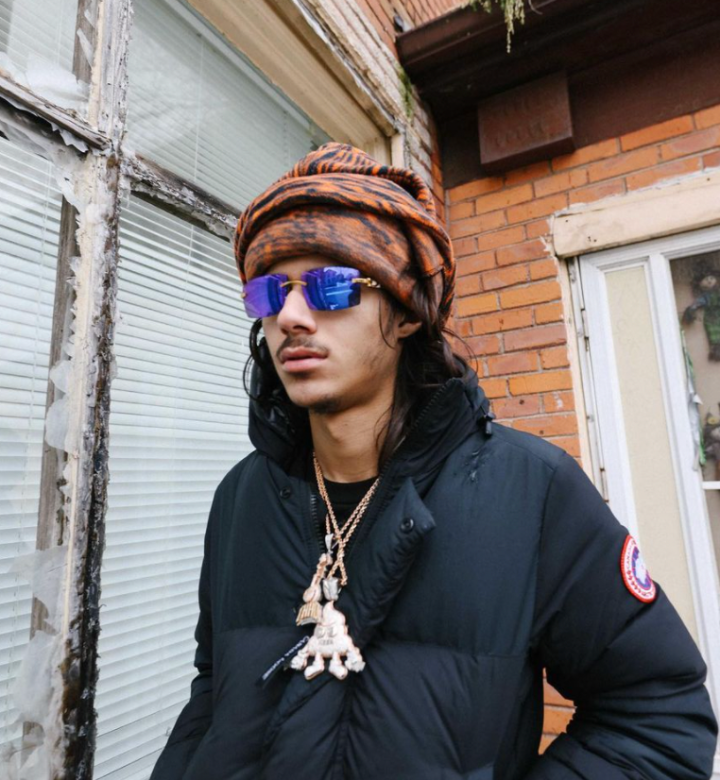 If you're familiar with the ever-growing Hip-Hop sub-genre of Detroit Rap, you're definitely aware of Babytron and the influence he's had on his home city and the music community in general. From memes to Hip-Hop pages, over the past couple years, it's seemed like Babytron is everywhere. Babytron's latest drop is a project called 'Megatron', and it's heat. The 23-song project is clearly an allusion to Detroit Lions' Wide Receiver Calvin Johnson, while aligning with the robotic-sounding name of the Detroit artist himself. The project was released through The Hip-Hop Lab Records under EMPIRE, and is racking up streams quickly on DSPs. 'Megatron' should definitely be in your rotation this week. 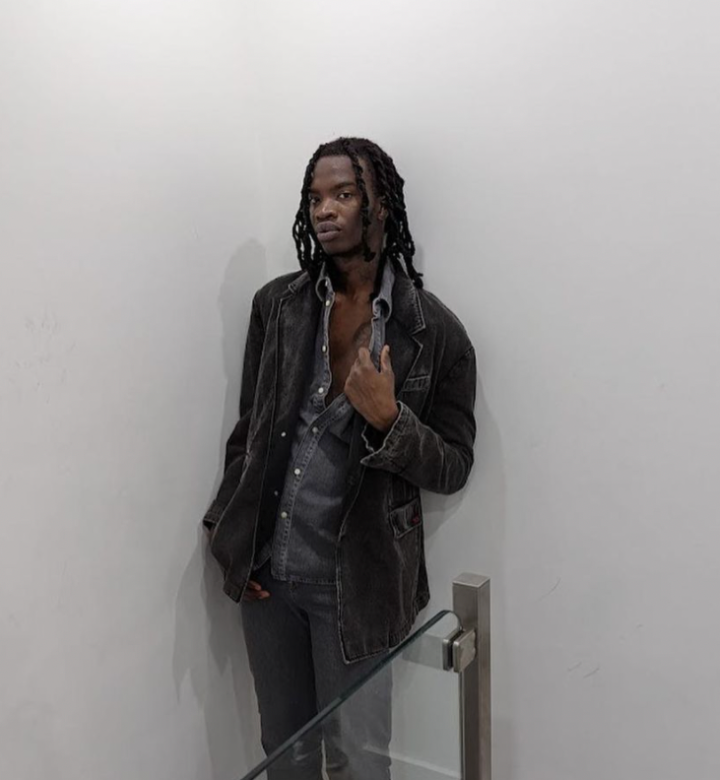 This past year has been a big one for UK phenom Lancey Foux. From joining Playboi Carti's record label, Opium, to evolving his sound even more, Lancey has made it clear that 2022 is about to be his year. His past collabs include artists like Skepta, 24kGoldn, Lil Yachty, and Bakar, which says a lot about the artist's sonic character. His most recent single is impossible to dislike if you're already a fan of Lancey; it's exactly on par with what his growing fanbase has come to expect. This Fluxury-produced banger is a phenomenal way for Lancey Foux to maintain his impressive momentum, and for new fans to get familiar. 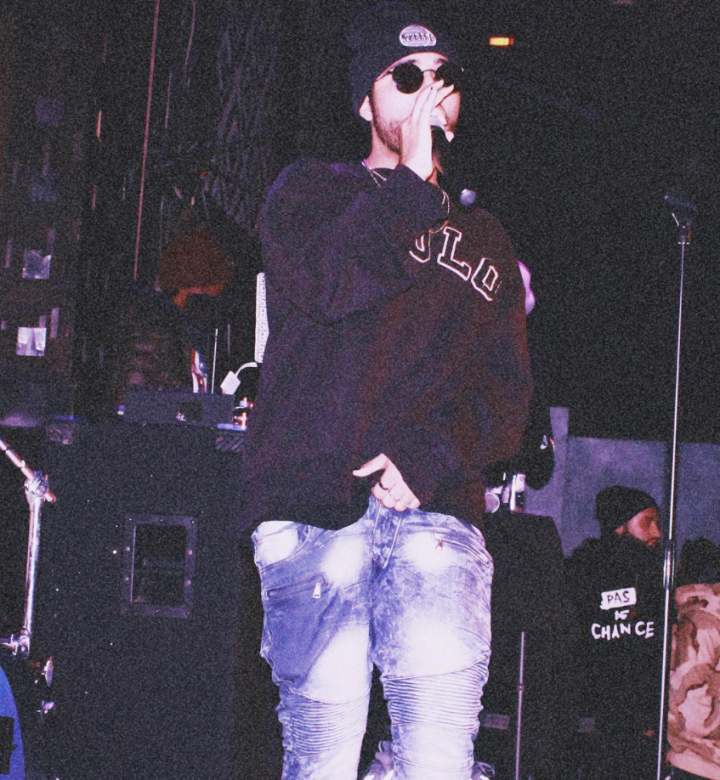 Born in Egypt, and raised in Dubai, Shaker takes his life experiences and translates them into musical form. Shaker's latest EP, 'REPOSITION ME,' is a perfect intro his angelic voice and musical outlook. Across four songs, he pours his heart out and makes it easy for listeners to zone out and get lost in the music. One of our favorites from the project is his song, "Blackberry Ice," but the other three closely compare. With multiple songs in the millions of streams, it's apparent that Shaker has a solid fanbase, and 'REPOSITION ME' was a great way to keep them engaged as we head onward in 2022. Get familiar for yourself in the link below.