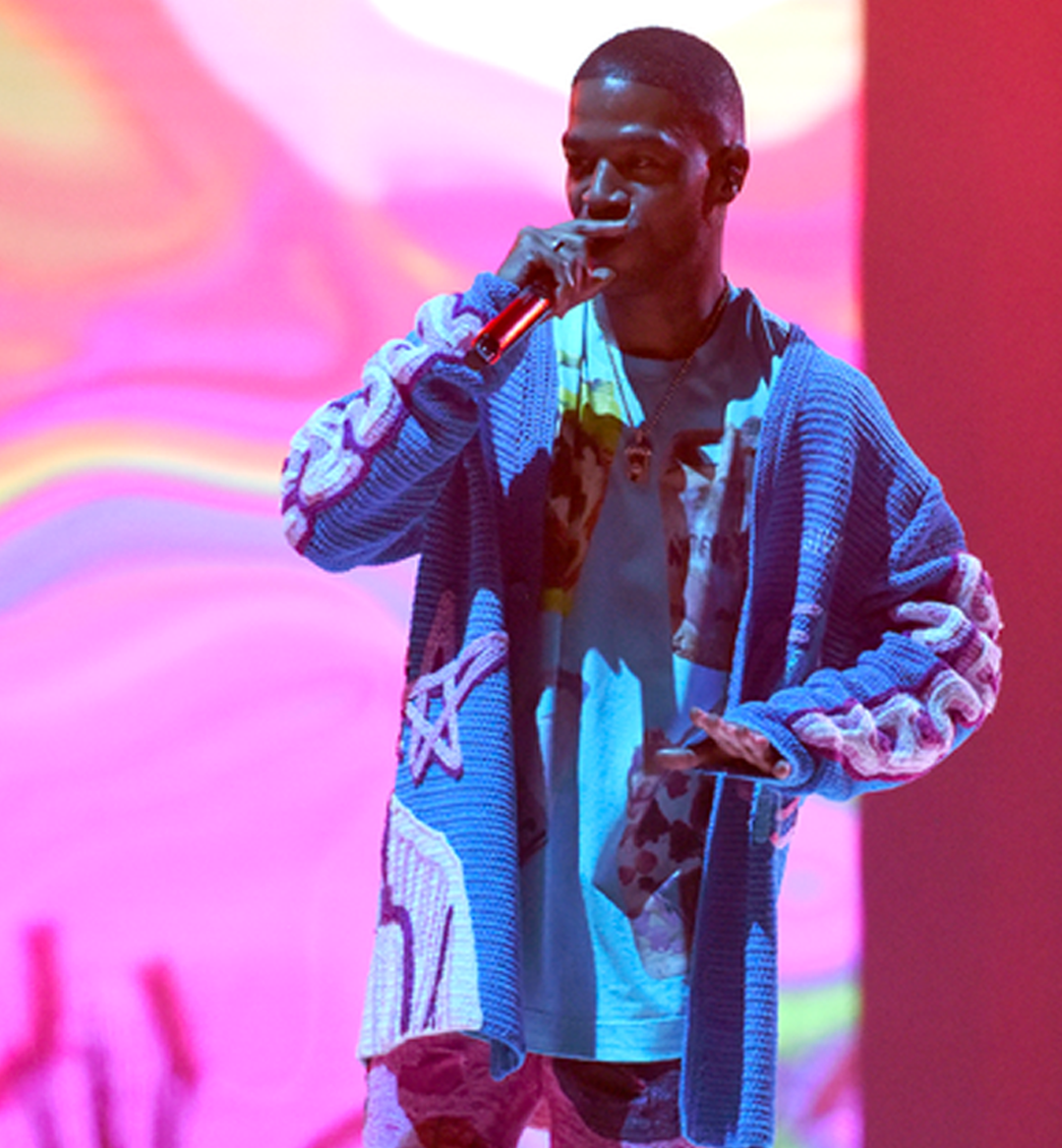 Nearly every modern rap song is a Kid Cudi song, to an extent. The punk rock posturing, the autotuned anhedonia, the high-fashion streetwear: that’s all him. Although Cudi has struggled to recapture the singular essence and success of his earlier work, he remains one of hip hop’s most influential and respected elder statesmen, popping up on songs with artists as disparate as Pusha T and WILLOW. Even as he’s weathered beefs with Kanye West and Drake, Cudi maintains possibly the highest Q-Rating of any active rapper; everybody, besides Kanye, likes Cudi. With the rerelease of Cudi’s 2008 mixtape A Kid Named Cudi earlier this summer and Cudi currently on his first nationwide tour since 2017, here’s a look back at the ten best Kid Cudi songs.

Even amongst a list of the best Kid Cudi songs, "Day 'n Nite" stands alone—this is the song that made Kid Cudi, the one that elevated him from a Kanye-adjacent BAPE store employee into a chart-topping star. It’s easy to see why. Originally released in 2007, Day ‘n Nite immediately found traction in the blogosphere before exploding in 2008 when it became the lead single for A Kid Named Cudi. By 2009, the song was inescapable, the breakout lead single from Man on the Moon: The End of the Day, Cudi’s studio debut album. It’s easy to see why. The trilling synth that forms the backbone of the beat is propulsive and instantly recognizable; the hook is catchy; the lyrics are relatable.

"Pursuit of Happiness (Nightmare)," Man on the Moon: The End of the Day

Back in 2009, nobody was doing it like Cudi. With production from indie staples MGMT and Ratatat, Pursuit of Happiness validated that Cudi could balance massive commercial success with his left-of-center approach. Further adding to Cudi’s burgeoning celebrity, Pursuit of Happiness was so undeniable that it not only went 5x platinum on its own, but also spawned a Steve Aoki remix that became arguably even more popular.

"Soundtrack 2 My Life," Man on the Moon: The End of the Day

Kid Cudi isn’t a good singer—his range is limited, his voice is strained. But he’s still really good at singing; he’s emotive and has a natural knack for melody. On Soundtrack 2 My Life, Cudi pioneers a new kind of hip hop stardom, a soaring anthem that’s barely a hip hop song—it has more in common with poppy indie rock than it does with, say, Nas. Produced by Cudi’s longtime collaborator Dot Da Genius, Soundtrack 2 My Life went double platinum, becoming Cudi’s biggest song alongside Day ‘n Nite and Pursuit of Happiness.

Current beef notwithstanding, Kid Cudi and Kanye West had a long and storied history of collaboration. Of the songs they made together, though, Erase Me is the best, the purest crystallization of Cudi’s rockstar sensibilities. Rap-signing over a crunchy electric guitar-based beat, Cudi and West trods familiar ground about girl troubles, but elevate it through their chemistry and charisma; there are very few non-West rappers who can pull off a verse-closing diarrhea punchline so convincingly.

If Cudi establishes himself as the Man on the Moon on his first album, his second effort introduces his alter ego, Mr. Rager. Never has partying seemed bleeker and less fun. “Mr. Rager” is the sound of seeing that the Sunday morning sun is rising and that you haven’t slept, of realizing that you can’t unclench your jaw. In a catalog full of sorrowful, isolating songs, this is among the most sorrowful and isolating.

Every Andre 3000 feature is a good one. While Andre Three Stacks doesn’t provide a full verse, he ably provides a hook that is as literate and wordy as it is catchy; I don’t know what “I see everything with new beams, I do dream/ My eyes are glowing mood rings, you're boring/ Stop dueling with the true thing, I do think/ When you think too much you're removing what's moving” means, but I certainly like the way it sounds.

"Just What I Am," Indicud

The middle part of Cudi’s career has largely been forgotten, which makes sense because it’s largely forgettable; Indicud and KiD CuDi presents Satellite Flight: The journey to Mother Moon are insular to the point of inaccessible while Speedin’ Bullet 2 Heaven should be buried at the bottom of a volcano to protect virgin ears from stumbling upon it. Still, “Just What I Am” is a standout not just from Indicud, but in Cudi’s whole discography as well. The fuzzy instrumental brings to mind the semi-narcotized warmth of Cudi’s strongest early work. Meanwhile, the verses feature some of Cudi’s most lucid rapping as he finds a groove in the beat’s soft-focused expanse.

Before they became engaged in a messy tabloid feud over Pete Davidson’s honor, Cudi and Kanye linked up in 2018 to form Kids See Ghosts, their beloved two-man supergroup. Their eponymous debut effort was part of Kanye’s run of seven-song GOOD Music albums in 2018 and still stands as one of the most beloved projects of both Cudi’s and Kanye’s respective careers. While all seven tracks are bloodlettings to varying degrees, “Reborn” is the beating heart of Kids See Ghosts. Over the course of the nearly five-and-a-half minute track, Cudi’s simple repeated chorus fills most of the space; “I’m so, I’m so reborn/ I’m movin’ forward” assumes a mantra-like calm, a beautiful invocation of progress, whether real or manifested.

Depression is perhaps the most prevalent theme throughout Cudi’s music; nowhere is it more clearly and incisively examined than on “Ghost!,” a relatively deep cut from Cudi’s second album. Here, Cudi voices his sense of alienation, the nagging feeling that he’s a ghost to the world. As one of the best Kid Cudi songs, this track has many good qualities, but subtlety isn’t one of them.

"The Prayer," A Kid Named Cudi

Despite being one of Cudi’s first songs, “The Prayer” could practically serve as a mission statement for the rest of Cudi’s career. All the main elements of his future work are here. A Band of Horses sample forms the backbone of the beat; Cudi seasons his vocals with his trademark hums; the lyrics contend with meaty issues of death and memory. Ask any hardcore Cudi-head: "The Prayer" is near the top of any serious list of the best Kid Cudi songs.