Canadian Artist Boslen is Finding His Voice While Pushing Boundaries 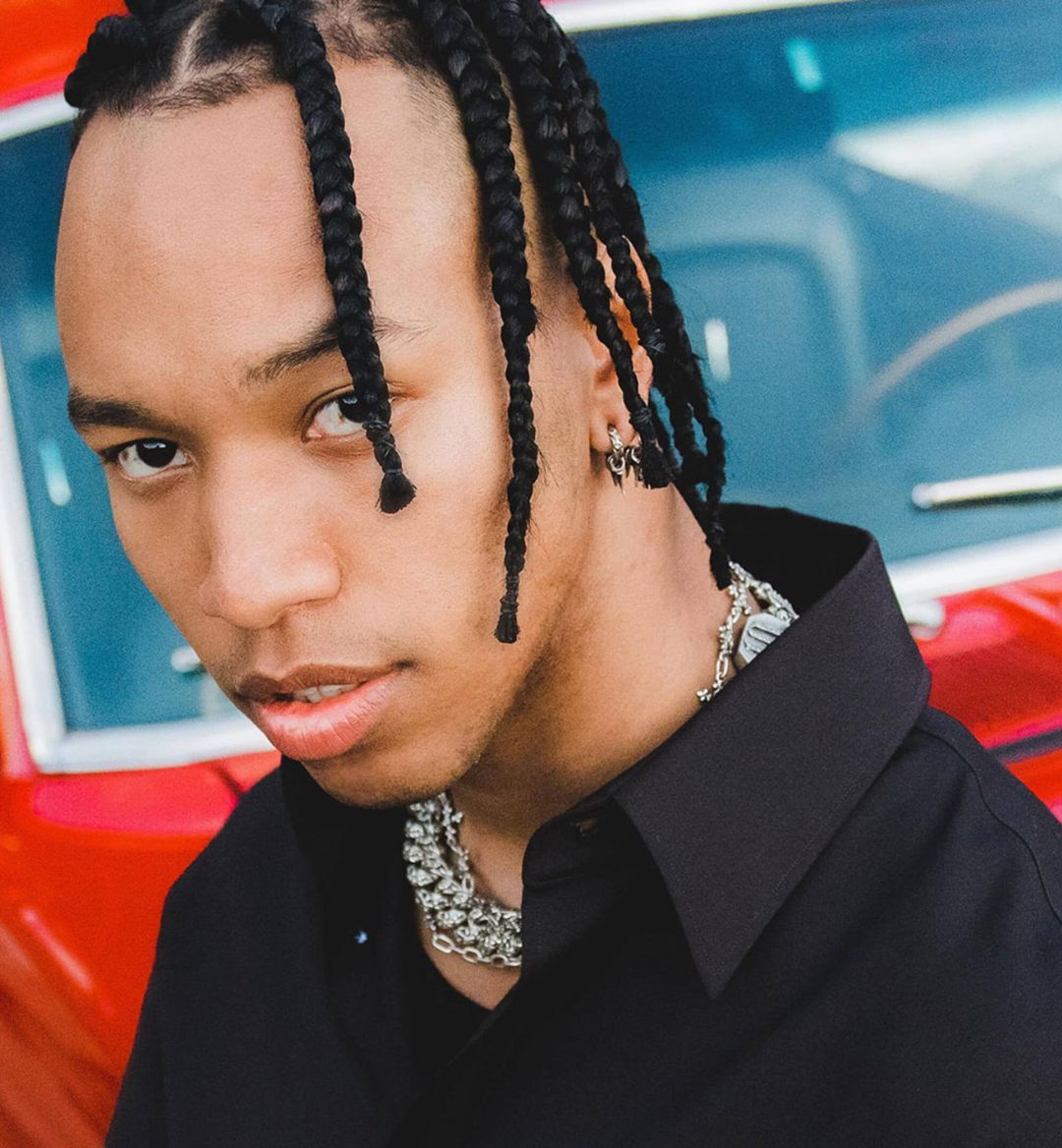 Over the summer, Drake had “the most important night” of his life. The night didn’t feature any record-breaking moments or the release of any new game-changing music. It did, however, feature appearances from some of our most known and unknown neighbors to the north. During his October World Weekend festival, Drake paid homage to some of  the most influential Canadian artists, including Nelly Furtado, Kardinall Offishall, Choclair, Maestro Fresh Wes and others.

Canada, which has given us the likes of Drizzy, Weeknd and Justin Beiber, has lowkey been a hotbed for talented artists for a minute. A Canadian artist on the rise, looking to add his name to the long list of international superstars from the North is Boslen.

The 23-year old from Chilliwack, BC has been making waves with his music over the last few years. The experimental rapper has been steadily developing his eclectic style by being influenced by iconic creatives such as Kid Cudi, Jay-Z and Salvador Dalí, the world renowned surrealist artist.

Tapping into the music he grew up with, as well as the vibes of his surroundings, he blends hip-hop, r&b and the mood of a place like Vancouver —which he calls home — to deliver his sound. “I felt so like confined within an 808 and a sample that loops that I was like, but where's the progression of this? Where am I bringing audiences?”, says the Canadian artist.

The results of his musical explorations have been projects such as Motionless and Motionless II, the Black Lotus EP, his Capitol Records debut DUSK to DAWN and more recently a seven-song EP, called Gonzo.

Refusing to be confined into any boxes, Boslen knows the sky’s the limit. When asked what’s next for him he responds, “Honestly, just breaking outside of music. Like, I want to get into architecture. I want to get into fashion. I want to do more designing. But most importantly, I want to just enjoy life, man.”

On pushing boundaries with music

On finding his own voice

I'd be lying. If I said it was easy.  I think a lot of artists cap like it just come so naturally. Like, no, not at all. I'm a human bro. Like I'm 23-years-old. I'm still trying to discover who I am. You know? The process is never ending. In life, you’ll continue to face ups and downs and you learn from them. It's like a career on its own. I feel like that's the best part about music. It's not only the shows or like the recording process or any of that, but it is really like a battle against yourself.

On who he was listening to growing up

Kid Cudi. Wiz Khalifa. Hopsin. A lot of Akon [laughs]. “Smacked That” was probably my favorite Akon song. Going into my teens and my later teens, A$AP Rocky. I listened to so many artists. My mom listened to Marilyn Manson. We listened to Johnny Cash. So it was a lot of, you know, conflicting sounds in my household. My sisters used to listen to like Green Day, Avril Lavigne, just so many sounds. So for me as a kid I had to find my own identity and musical tastes.

On connecting with Kid Cudi’s music

He touched a point in my life. He was saying things that I felt like not a lot of people were going through besides me. And I wanted to do this thing for kids that I grew up in areas where maybe they felt alone or maybe wanted to feel empowerment.

On who lyrically inspires him

I think Jay-Z right now. How he talks about truth. I really resonate with that and like how when he raps. It's not rapping, he’s really having a conversation with the listener and I feel like that's so authentic. I feel like I just started getting into that now with like a song like “Scars,” where it's just more of a conversational type of standpoint and it's like therapeutic in a way. A lot of people I've been playing inspiration from lately. I've been trying to go back to artists like Kanye West, Beyonce, 070 Shake.

On what helped curate the vibes on 'Gonzo'

It wasn't even like musicians or anything like that. It was more like philosophers. I remember it was last Christmas. I came back home and I was dealing with some like personal issues, you know, those frustrations. And for some reason that pushed me to look further than music. I started with Aristotle and I went to Socrates and I went to Plato and then I found Salvador Dali. I was fascinated by his creative process. Dali was a big inspiration.

On the music scene in Vancouver

The culture's very rich, but it's still very early and I think we're still trying to grow it. It's a more moody sound. It's not hard-hitting trap or like easy, repetitive samples. I think right now it's definitely at a stage where it matches the weather where it's very bipolar.