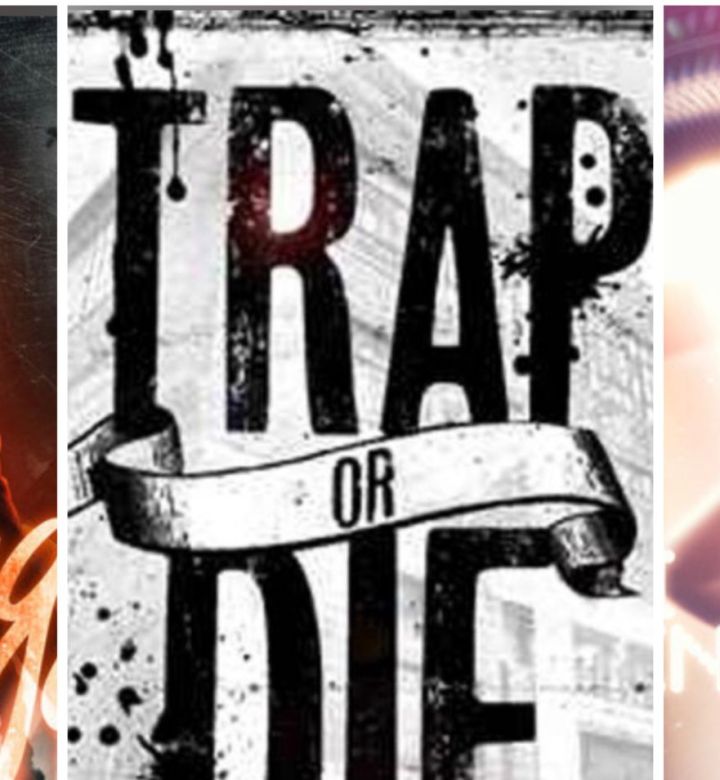 Mixtapes hold a special place in the hearts of many hip-hop fans.

A mainstay in hip-hop, the mixtape has also been appreciated by R&B, reggae and pop music lovers.

Documentaries presented by the Tribeca Film Festival have been made about the legacy and impact of mixtapes. A mixtape has even won a Grammy Award.

In the past, mixtapes were only available on physical formats like cassette tapes or CDs. Or you had to search through sites likes Dat Piff or Spinrilla. But now, with the rise of streaming services, many of the greatest mixtapes of all time are now just a click away.

Whether you want to revisit a classic tape or check out a project that you missed out on when it first dropped, you can now listen to many of them without much of a hassle. Classic mixtapes from Future, Jay-Z, The Weeknd, Drake and others have been released on popular streaming services like Spotify, Apple Music and Tidal.

Relive some of your favorite mixtape memories or make some new ones by checking out these 17 classic mixtapes that are now on streaming services.

By the time Jay-Z was ready to retire, he had just about done it all. One of the few things his iconic resume was missing was an official mixtape. In April of 2003, Hov dropped his first tape called The S. Carter Collection. It featured his raps over original beats, as well as over tracks made famous by N.E.R.D, B2K and Joe Budden. The mixtape accompanied the now billionaire’s first sneaker collection. The Reebok-produced S. Carter Collection kicks went on to become the fattest-selling shoe in the athletic brand’s history.

Prior to taking over the rap game with his debut album, Young Jeezy conquered the streets of Atlanta with his breakthrough mixtape. Titled Trap or Die, the 26-song project provided more evidence that Jeezy was a force to be reckoned with. Vets such as Fabolous, Trick Daddy, Bun B and Yo Gotti appeared throughout the hood classic.

Kid Cudi is one of the most influential artists of his era. The kid from Cleveland introduced us to his eclectic vibes with 2008’s A Kid Named Cudi. The mixtape set the stage for Cudi to change the game.

Standout joints: "Successful," "Best I Ever Had," "Houstatlantavegas" & "Uptown"

So Far Gone is the project that put Drake on the map. It displayed Drizzy’s ability to make hits, write great songs and rap his ass off.

Nicki Minaj made it clear that she was ready to compete with the best of them with the release of Beam Me Up Scotty. The “Female Weezy” went toe-to-toe with the Best Rapper Alive on a couple of joints, as well as the likes of Gucci Mane and Busta Rhymes.

In 2021, she reminded everyone just how special her breakthrough mixtape was when she introduced it to streaming services. Even though as a result of issues clearing samples fan-favorite songs like "I Feel Free", "Mind on My Money", "Handstand" and "Five-O" did not make the final cut for the reissued version of Beam Me Up Scotty, the tape debuted at No. 2 on the Billboard 200, making it the highest charting mixtape of all time on Billboard’s album chart. The updated version of the mixtape was released with three new tracks including "Seeing Green," which featured standout verses from her Young Money gang members Lil Wayne and Drake.

Mixtape Weezy was nothing to mess with. Mr. “Feed Me Rappers or Feed Me Beats” made his claim as the best rapper alive more believable when he fired off countless unbelievable raps over other rappers’ instrumentals.

Following the release of the epic Carter 3, Lil Wayne was in full rockstar mode. But he brought it back to his gritty roots with No Ceilings. The superstar rapper laid his top notch, mind-blowing bars and flows down on some of the most popular beats of the time, which included Jay-Z’s "Run This Town", Beyoncé’s "Sweet Dreams" and Kid Cudi' "Make Her Say."

Wayne managed to body every track, while finding clever ways of mentioning the tape’s title on just about every one of those bodied tracks. No Ceilings also featured the original joint, "I'm Single."

There's no doubt that Wiz Khalifa's 2010 mixtape Kush & Orange Juice is considered a classic by many. To this day, that project resonates with listeners. The songs on the mixtape are all about Wiz's favorite topics: smoking weed and living life to the fullest. Whether you're driving in your whip, relaxing at the crib or just in need of a trip down memory lane, its laid-back vibe and feel-good lyrics make it perfect for just about any occasion.

Although we technically first got wind of Jhené Aiko in the early 2000s on B2K albums, the sultry singer didn’t officially land on most people’s radars until 2011 when she dropped Sailing Soul(s). The mixtape, which was mostly written by the singer-songwriter and featured verses from Kanye West, Drake and Kendrick Lamar, received lots of love upon its release. It also helped her land a deal with Def Jam Recordings.

Standout joints: "The Party & The After Party," "High for This" & "The Knowing"

Long before The Weeknd was one of the most recognizable artists in the world, he was a super mysterious artist with a few songs on YouTube. House of Balloons helped to change that. Although many listeners still weren’t sure what he looked like or if The Weeknd was actually a group, HOB helped us get acquainted with his unmistakable aesthetics. A mixture of r&b, electronic and alternative vibes, the tape was full of moody instrumentals, sharp vocals and Abel’s drug and sex-infused lyrics.

Less than five months after the release of his debut mixtape, The Weeknd was back with another buzzworthy project. Thursday continued down the path carved out by House of Balloons. The mixtape featured nine songs and a feature from Drake. Thursday showcased The Weeknd’s songwriting and production skills and his unique vocal style, as well as helped to define Toronto's soundscape at the time.

Echoes of Silence was the final chapter in what would later be known as Trilogy. Released in December of 2011, Abel’s third project of that year further established the singer as the future of r&b.

Joey Badass’ latest album, 2000 is a sequel to his debut mixtape, 1999— which says a lot. The Brooklyn native’s first mixtape was so dope that he’s revisiting its vibes 10 years later.

Meek Mill had a lot to prove by the time Dreamchasers 2 dropped. Luckily, the second installment of the Philly MC’s Dreamchasers series lived up to the hype. There was so much hype for the project that the 20-song tape crashed DatPiff with more than 2.5 million downloads in a 24-hour time span. Heavyweights such as Drake, Kendrick Lamar, Travis Scott, Big Sean, Wale, Mac Miller and others appeared throughout the well-received mixtape.

Six years after its initial release, Chance The Rapper’s second mixtape, Acid Rap, landed on streaming services. Up until then, the critically acclaimed 14-track tape was only available on YouTube, Soundcloud and sites like Mixtape Monkey and Dat Piff— where it received more than 1 million downloads. The Grammy Award winner’s debut mixtape, 10 Day, also became available to stream in 2019.

Standout joints: "Fuck Up Some Commas," "Codeine Crazy" & "Throw Away"

After the lukewarm reception from Future’s sophomore album, Honest, fans and critics wondered if Hendrix had lost his sauce. He proved he didn’t with the release of Monster. Executive produced by Metro Boomin, the mixtape featured trap anthems such as "Fuck Up Some Commas," "Codeine Crazy" and "Throw Away."