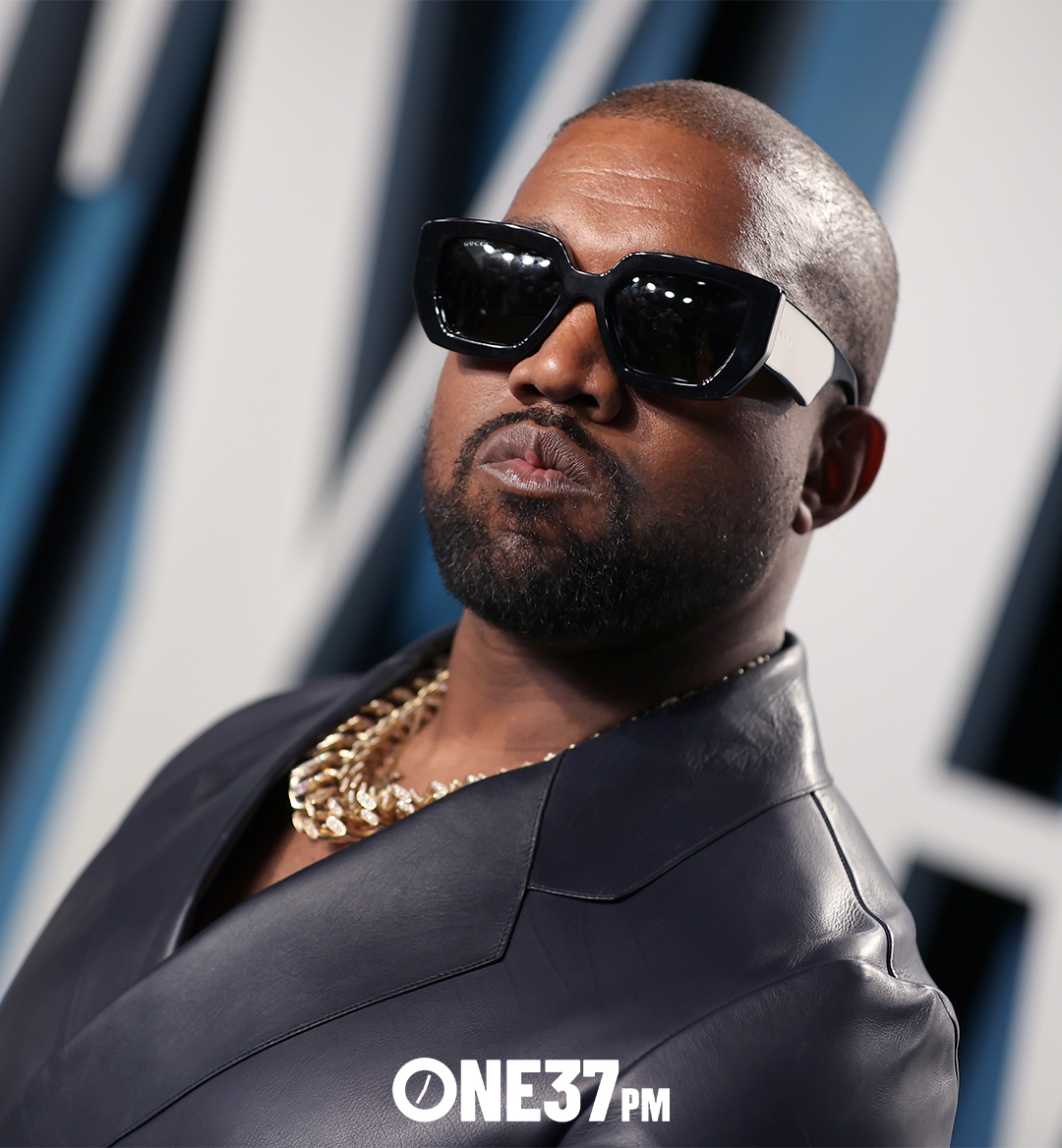 Kanye is well-known for suggesting that an album will be released weeks, months or even years before it actually drops. In fact, we've been waiting for an album called Donda since 2019—or even earlier. Nonetheless, a couple of weeks ago, a lot of big names in the music industry began to reveal the announcement of a listening party for the new album, in addition to some early reviews from folks involved in the project who have been lucky enough to already hear it.

Then, during the NBA Finals, a Beats commercial aired featuring Sha'Carri Richardson and a song from the forthcoming album. The commercial also included a release date for the album: Friday, July 23rd.

Of course, you’re reading this well past that date with the album nowhere to be seen. That will either come as a compelte shock to you, or you’ll understand that it’s just par for the course when it comes to Kanye West albums in the past few years.

If you haven't been paying attention, Kanye hasn't released a project since 2019's Jesus Is King, which was viewed by many as a bit of an underwhelming entry from one of the greatest rappers of all time. His last truly incredible project was his collaborative effort, Kids See Ghosts, which released back in June of 2018 alongside his solo album, Ye.

There have been rumors of an album titled Donda (Kanye's late mother's name) for an incredibly long time; many thought the 2019 gospel album was going to be the the long-awaited project, but then the album was pushed back. It finally seems like Donda is truly on its way.

So let's take a moment to break down everything we know about the album so far ahead of its release, which according to Apple Music, is slated to drop this Friday, August 13th. 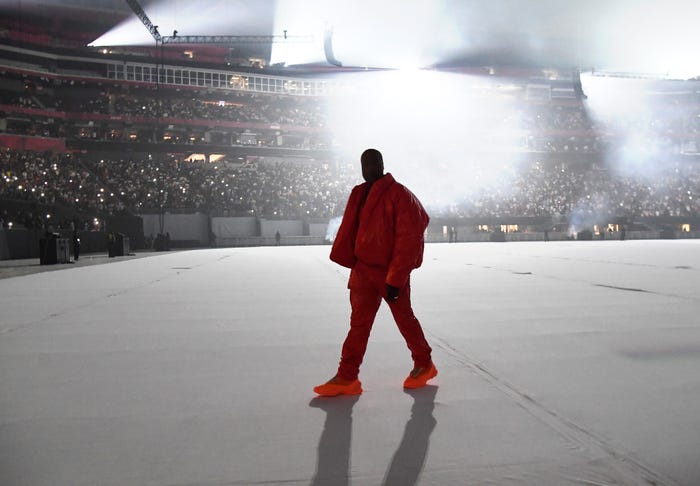 This is where most of the rumors began. The formal announcement of the first listening party, hosted at Mercedes-Benz Stadium, made fans incredibly hopeful. The general consensus was that it would be difficult to back out of this kind of announcement. Kanye famously released Life of Pablo in the form of a Madison Square Garden fashion show back in 2016, so fans knew what to expect to some extent. At least, they thought they did. The show started a lot later than anticipated and when it began, those in the stadium have since said that the audio wasn’t quite up to par. Luckily for the vast majority of us that couldn’t attend, the entire show was streamed live on Apple Music, where viewers had a much better experience.

Of course, the album was meant to be out that Friday, but it got delayed so that Kanye could work on it a little more. It was revealed that Kanye was going to be living in the stadium until the album was finished. Naturally, a second listening event at the Mercedes-Benz Stadium in Atlanta was announced for a week later. 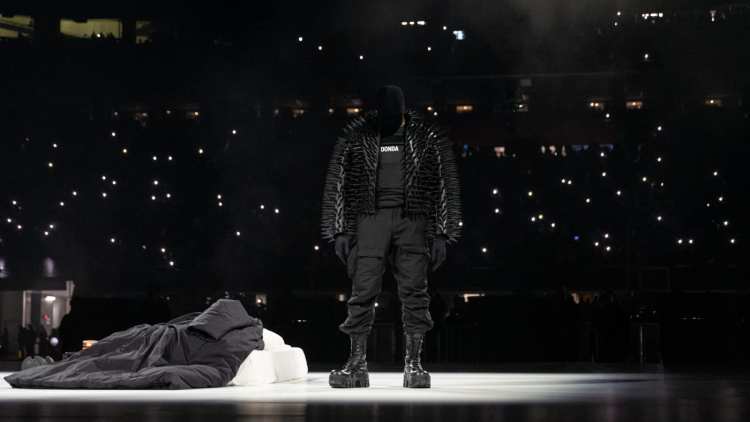 This time around, fans had more to look at than Kanye standing still for hours, but not a whole lot more. There was a little set up that gave Kanye some room to move around, including a bed which referred to him living in the stadium for a week. There were also massive groups of people circling Ye, dancing around him as the music played. It was enough for fans to call the first listening event a week prior a rehearsal for this one.

Though the album was supposed to come out the same night, it didn’t. This time, there wasn’t even an announcement about when we could expect the album at all. All fans were left with to speculate about was Apple Music stating that the album would be out in a week. These delays have caused the public to ponder whether Kanye West is actually waiting for Drake to announce a release date for his own album, Certified Lover Boy. The two have been on-again, off-again friends for years now and as of right now, no-one truly knows where things stand between them. Either way, competition could be fun and Ye could be looking to go head to head with his friend/foe.

Until the listening events took place, very little was known about who would feature on the album. Due to the fact that Kanye was featured on Pop Smoke's second posthumous release, Faith, the possibility of a Pop Smoke verse from before his untimely passing making it onto the record is definitely on some people's minds.

Additionally, Tyler, the Creator was seen in the studio with West. It was unclear exactly what the session would result in, but the Tyler/Kanye fans (like myself) certainly hoped that Felicia the Goat would make an appearance on Donda.

The first week that West was supposed to put out the album, Lil Nas X and Jack Harlow announced that there was a collaboration of theirs coming out, produced by Kanye West. Although it didn’t necessarily confirm anything, it begged the question: If Kanye is producing a Lil Nas X song, will Lil Nas X be appearing on Kanye's album? 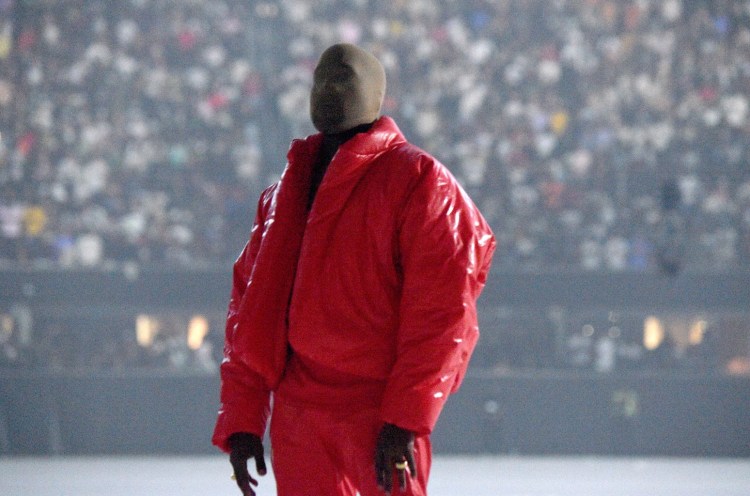 However, now that the listening events have taken place, we have a much, much better idea of who is going to appear on the album.

It has been stated that the album will indeed be 24 tracks, but of course everything is subject to change. Guests include JAY-Z, The Weeknd, Pusha T, Pop Smoke and many more massive names. You can check out a list of songs that have been confirmed in some form or another below.

‘I Know God Breathed On This’ (Feat. Vory)

‘Lord I Need You’ (Feat. The Sunday Service Choir)

‘No Child Left Behind’ (Feat. Vory & The Sunday Service Choir)

‘Believe What I Say’

‘Life Of The Party’

The first thing you’ll notice is that nearly every single song has at least one feature on it. The idea of it is splitting fans down the middle, with some wanting to hear their favourite artists collaborate as much as possible and others wanting to hear mostly Kanye on his own album.

One of the songs that has caught the most attention on social media has been ‘Jail’, which features a verse from JAY-Z. On it, he raps “this might be the return of The Throne, Hova and Yeezus, like Moses and Jesus”, which got fans very excited. The pair hadn’t been on a song for years together, so a confirmed collaboration with the prospect of more music coming soon was great news.

As implied by some of the insiders that heard the music for the album before any of us did, we now know that a lot of the content is based around God and Christian themes in general.

As of right now, the expected release date is this Friday, August 13th. But the truth is that like Digital Nas said, no-one really knows when the album will be out, perhaps including Ye. If you’re following the crazy theory that Kanye wants to go head to head with Drake, then at least we know Donda will be out before the end of summer, which is when Drake has confirmed CLB will be out.

All in all, we have the music in what is close to its final form with some great confirmed guests. It should be released at some point in the next few weeks, but it’s probably best to have no expectations about a specific date.