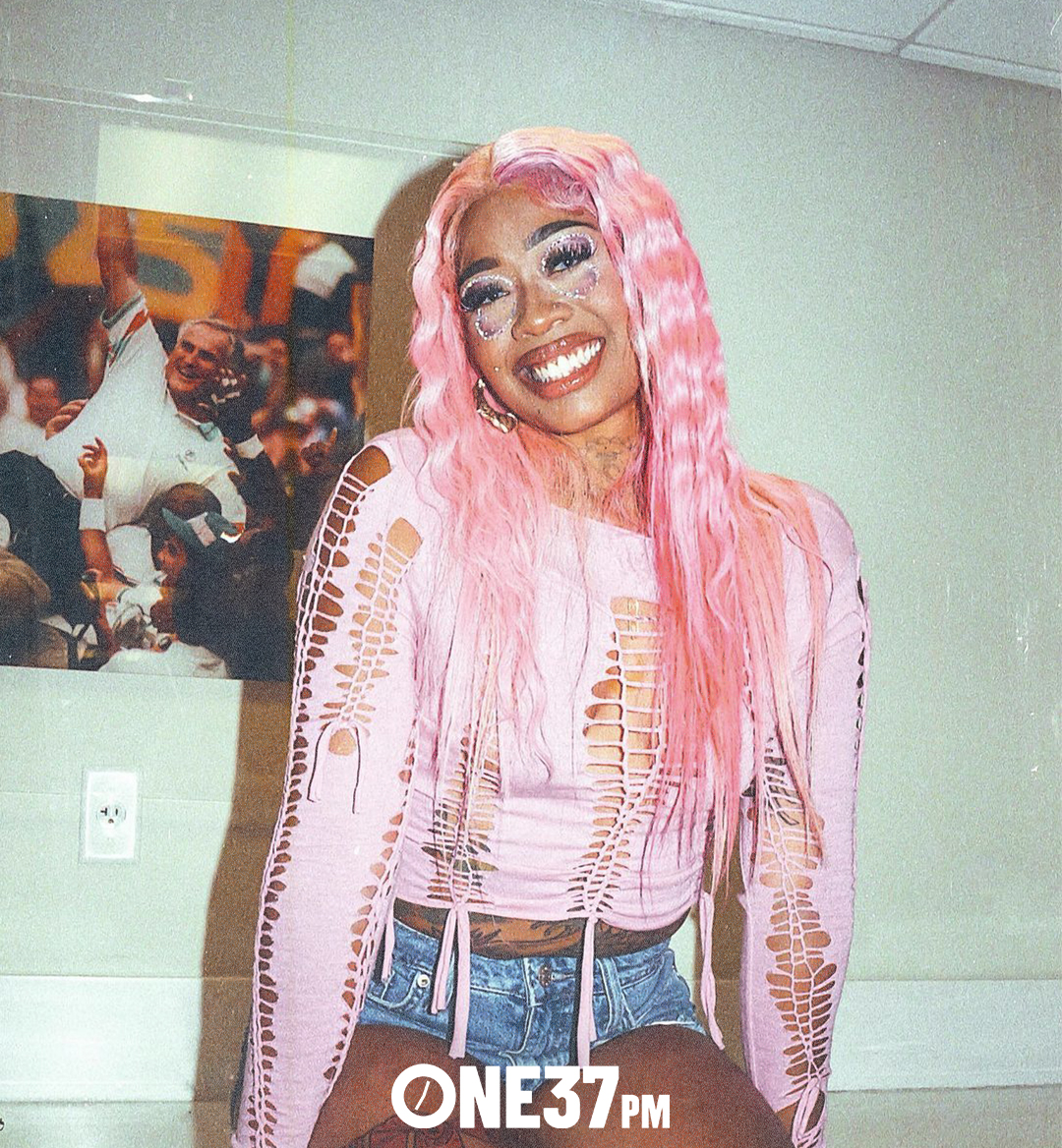 TiaCorine, a buzzing artist who's been making waves on social media, created a sensation with "Lotto" in 2018 that instantly caught the attention of TikTok due to its catchy hook and Tia's eccentric style. Since the release of "Lotto," Tia's unique flow and songwriting-ability have been on a pedestal due to being an architect for the emerging anime trap genre.

Tia hails from Winston-Salem, North Carolina, and has gained recognition from A$AP Rocky, received a co-sign from SZA, and collaborated with Sonny Digital and Kenny Beats - to name a few of her biggest supporters.

In October 2020, Tia dropped her debut project 34Corine, an ode to her hometown, and contained songs including her hit "Lotto" and "Luigi" featuring Kenny Beats. In May, Tia posted her music video for "Luigi," which has received 600,000 plays and nearly 15,000 videos created using that sound on TikTok. With the project's success, she released The Saga of 34Corine, an extended version of 34Corine with an additional eight tracks.

The Sage of 34Corine is made up of anime trap, solidifying her brand and musical diversity. By supercharging her musical style and brand, she is preparing to maximize her career and make a name for herself within the music industry. The song "Pancakes'' is filled with a bright, high-energy beat and an anime sample that makes the song stand out without Tia even speaking on the track yet. Additionally, Tia sends shockwaves throughout this track with her catchy and aggressive bars. Tia even shows off her alto singing abilities in "Forever," although you can hear her as a soprano in other songs.

In June, Tia sat down with Mike Boyd of the Monday to Monday Podcast to talk about music, video games, and her project, The Saga of 34Corine. Check out the link below to tune in.

Throughout 2021, Tia has been dropping visual content in music videos on her YouTube channel. Her "Lotto" remix, featuring DaBaby, received over half a million plays in under one month. Furthermore, her music video for "Santa" featuring Frais006 has received over 175,000 plays since June 21st.

In August, Tia announced that she created a song for Bojangles to be used for a commercial. In a tweet, she even mentioned that she used to work at Bojangles.

Bruh I really just made a song for bojangles and shooting a commercial for it .. in my OWN city .. I used to work here like wtf pic.twitter.com/l9NpXIvpw7

Be sure to follow Tia and stay tuned for the music video.