16 Musicians that Have Won Emmy Awards 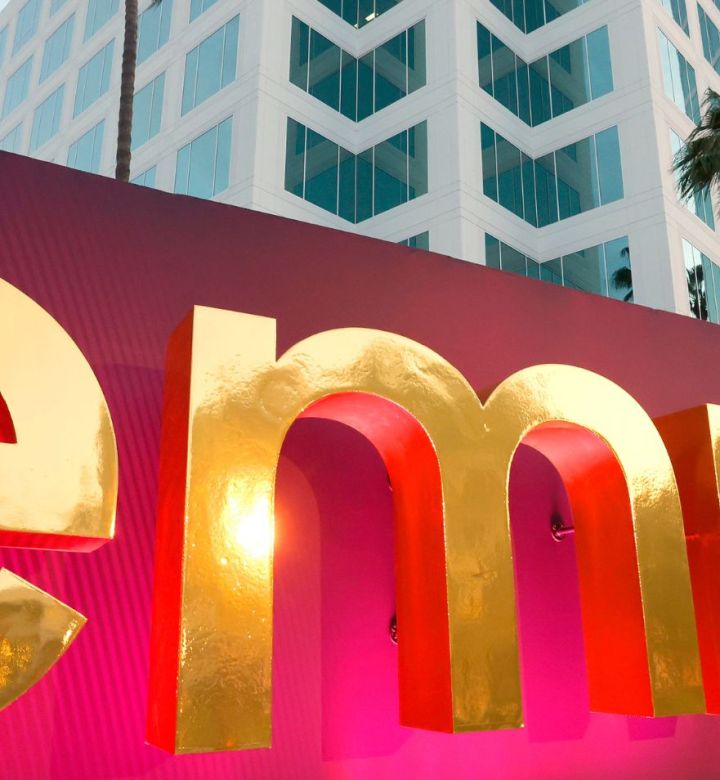 There are a lot of awards given out that honor musicians for their above average talents. There are the Grammy Awards, MTV’s Video Music Awards, the American Music Awards and many other well-known awards ceremonies that recognize musicians for their contributions to the world of music. One award that’s highly respected by the music industry is the Emmy Award. If a musician has won an Emmy Award, it means they have achieved excellence in television music production. This could be anything from composing original music for a TV show to performing live on camera as part of a show's cast. Though the Emmy Awards are not normally thought of as a music accolade, there have been several musicians that have taken home the prestigious award over the years. This year’s Emmys were no different, with several artists winning awards for their work on various projects. Here is a rundown of musicians that have won an Emmy Award. 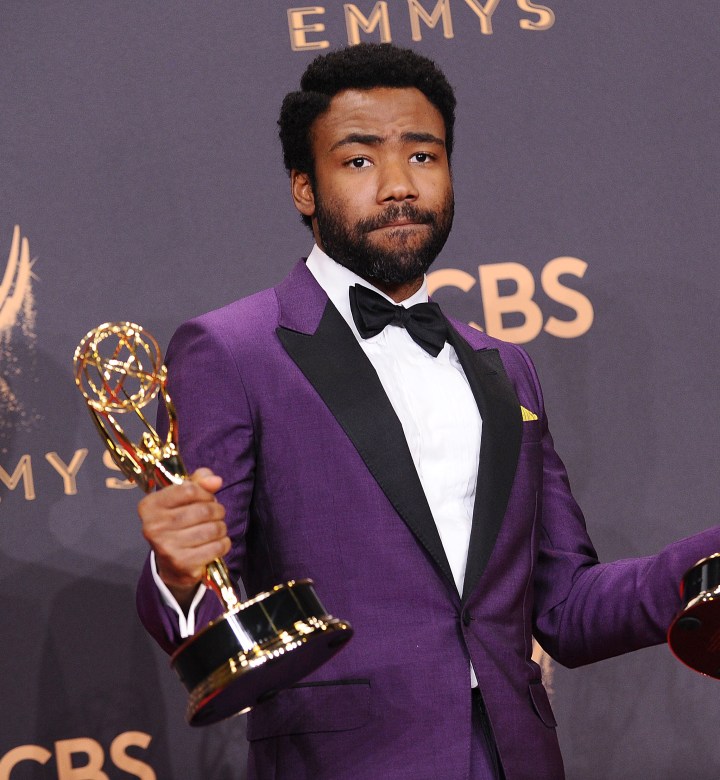 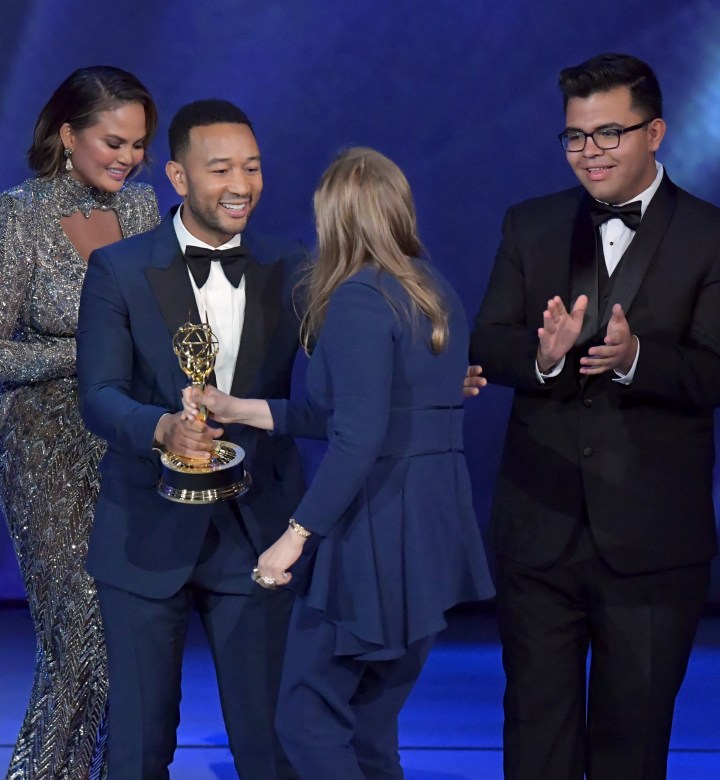 John Legend does it all. He sings, plays instruments, produces, acts, hosts and makes history with the awards he’s won. He started from the bottom as a behind-the-scenes player assisting icons like Lauryn Hill, Jay-Z, Alicia Keys and Kanye West. And then became a top-selling artist in his own right. The Grammy Award-winning artist joined the super exclusive EGOT club as the first Black man to be awarded a trophy from the Emmy, Grammy, Oscar and Tony committees. Legend was nominated for two Creative Arts Emmys, in 2018 for the Jesus Christ Superstar Live in Concert. Although the musical which aired on NBC and featured the hit-maker as the lead actor and a producer lost out on the  Outstanding Lead Actor In A Limited Series Or Movie award, it did win for Outstanding Variety Special (Live). 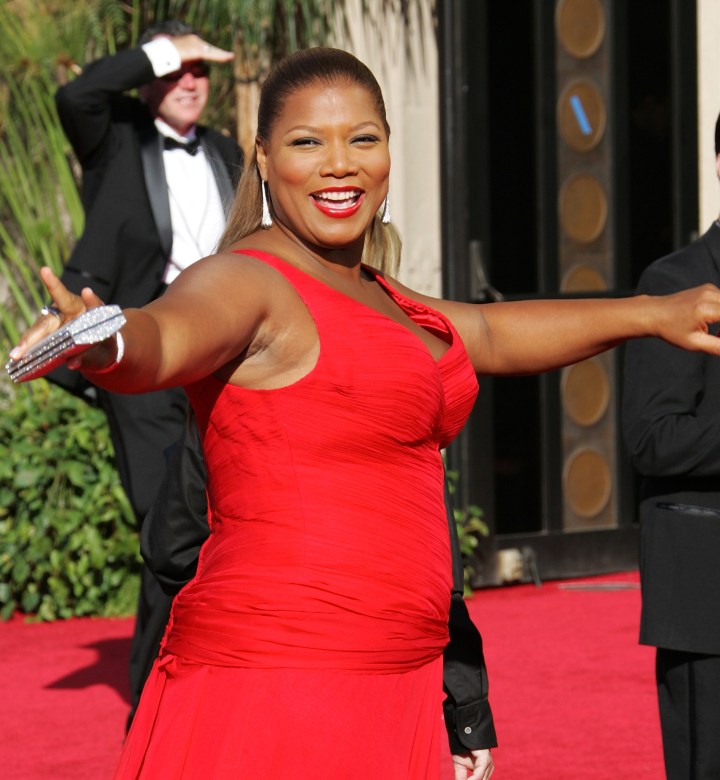 Queen Latifah is a pioneer, straight up. She was one of the first female rappers to establish herself as a true competitor to her male counterparts. She was also one of the first rappers to branch out into the acting world. She starred in the hit television show, Living Single for five years and further cemented her acting career with roles in cult classics like Set It Off (1996), Academy Award-winning films like Chicago (2002) and critically acclaimed comedies like Girls Trip (2017). The All Hail the Queen raptress, who was the first rapper with a Hollywood Walk of Fame star, took home her first Emmy in 2015. Her win came as the result of her contributions to the HBO film, Bessie, which was based on the life of pioneering blues singer Bessie Smith. Altogether, the Queen has been nominated for four Emmy Awards. 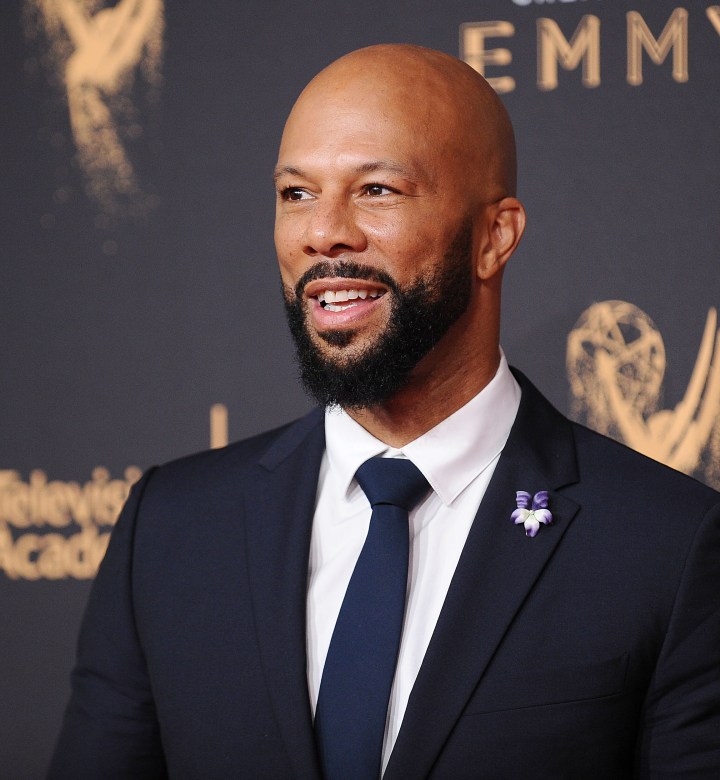 Over the course of his 30-year career, Common has become a highly respected rapper, actor, film producer and activist. He’s also an Emmy Award-winner. Although Common’s acting chops are well-respected after having performed in critically acclaimed films such as American Gangster (2007) and Selma (2014), he didn’t bring home an Emmy for his skills in front of a camera. In 2017, he won his first Emmy Award for his politically charged anthem, “Letter To The Free." The song which was featured in the Ava DuVernay-directed documentary 13th was nominated for the Outstanding Original Music and Lyrics Emmy. 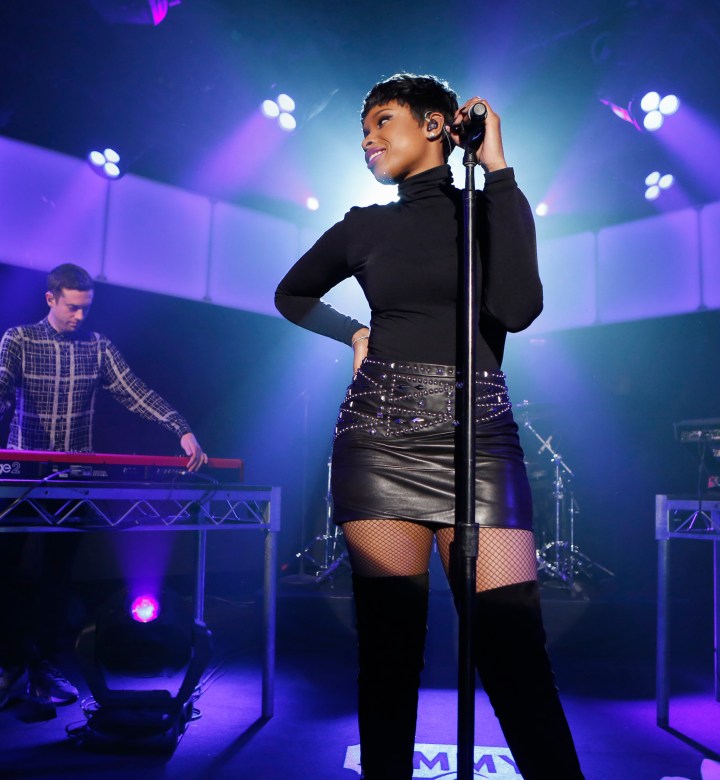 Jennifer Hudson may not have won the American Idol competition, but that hasn’t stopped her from winning a bunch of awards. The incredibly talented singer, actress, producer and talk show host has racked up a bunch of trophies over the course of her impressive career. She has won just about every award from a Critics' Choice Movie Award to a Teen Choice Award. Her winning streak has been so epic that it’s also historic. Not only is the superstar entertainer, who has a star on the Hollywood Walk of Fame, the youngest woman to be the recipient of the four major entertainment awards, which includes an Emmy, a Grammy, an Oscar and a Tony, she’s also only the second Black woman to achieve this feat. In 2021, Hudson added an Emmy win to her long list of accomplishments when she won in the Outstanding Interactive Media for a Daytime Program category. 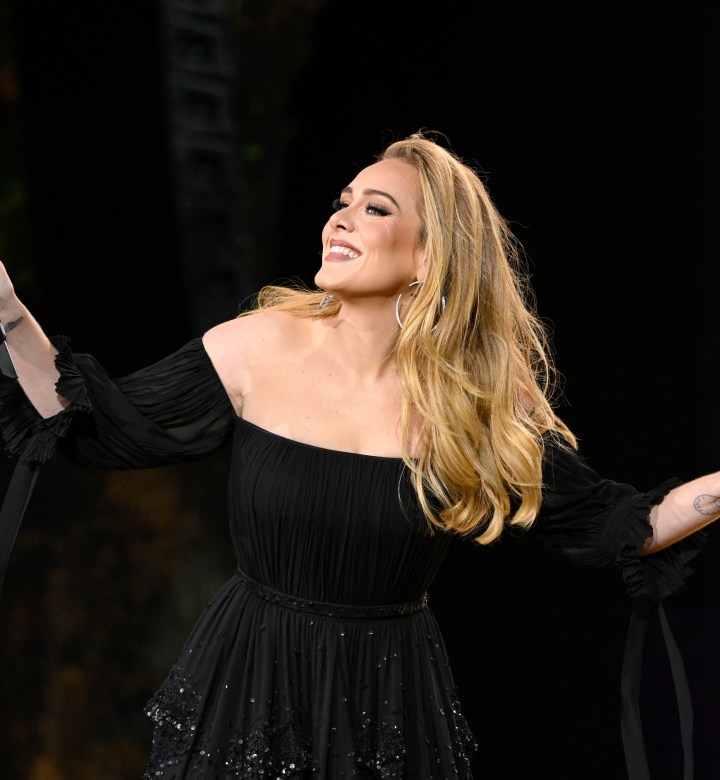 Witnessing Adele in concert happens to be a once in a lifetime experience for many fans of her music, including some of the biggest celebrities in the world. For her Adele One Night Only special, the international megastar performed her biggest hits in front of the likes of Drake, Ellen DeGeneres, Lizzo and others. The highly anticipated concert that was later televised on CBS won a Primetime Emmy Award this year for Outstanding Variety Special (Pre-Recorded). Throughout her career, Adele has been nominated for three Emmy Awards. 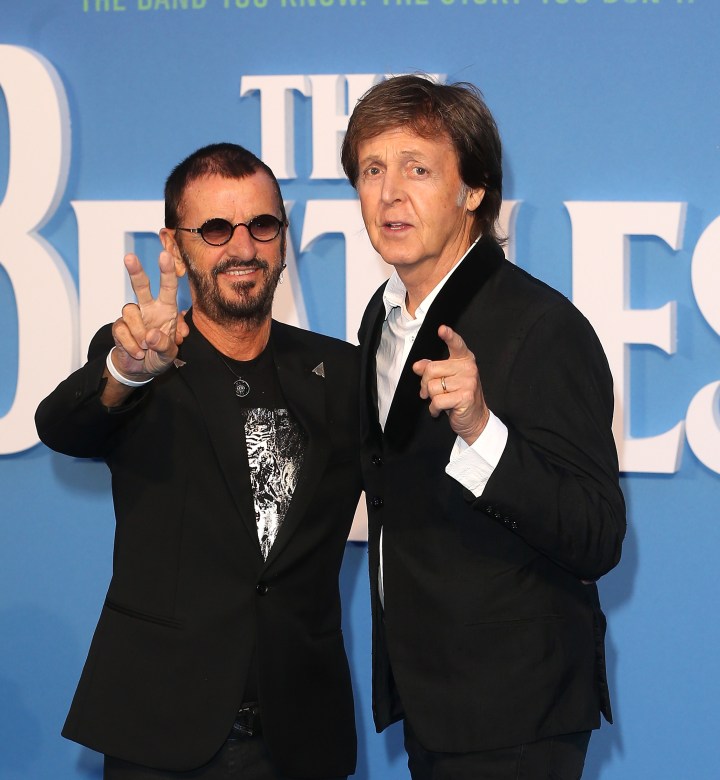 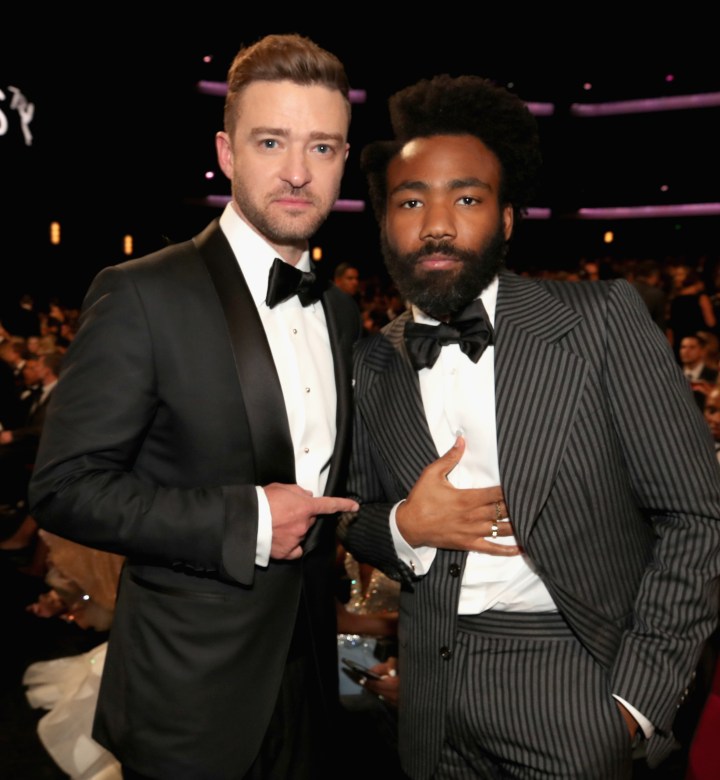 When it comes to Emmy Awards, Justin Timberlake is one of the most nominated artists out there. He’s also one of the winningest. The diamond-selling artist and actor won his first Emmy in 2007 for his SNL skit, “Dick in a Box,” and has since won three more Emmys. 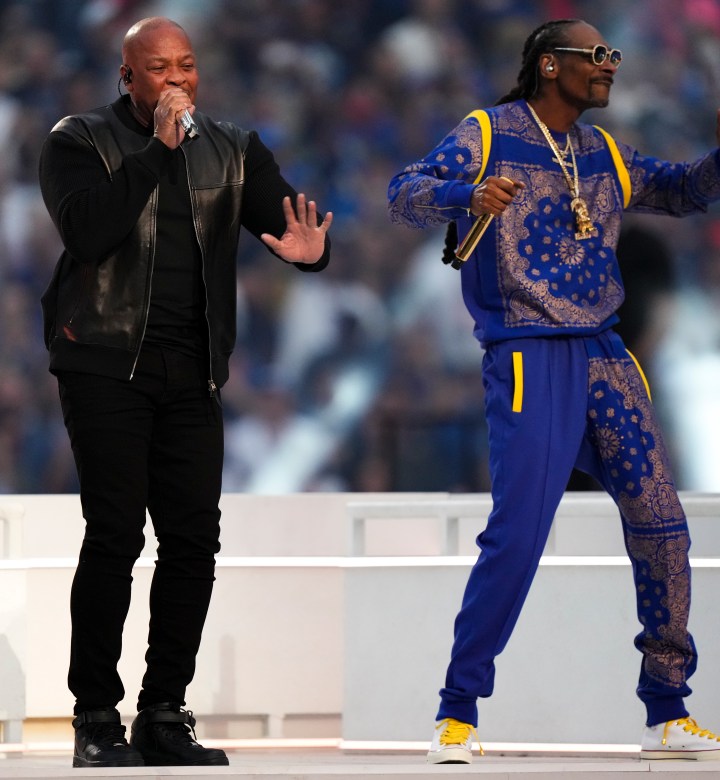 What do Dr. Dre, Snoop Dogg, Mary J. Blige, Eminem, Kendrick Lamar and 50 Cent and Jay-Z have in common? Aside from being some of the most iconic artists of all time, they all became Emmy Award winners this year. Dre, Snoop, MJB, Slim Shady, K. Dot, 50 and Hov were announced as the recipients of the Outstanding Variety Special (live) for the collective’s The Pepsi Super Bowl LVI Halftime Show performance, Jay & his Roc Nation imprint helped produce.