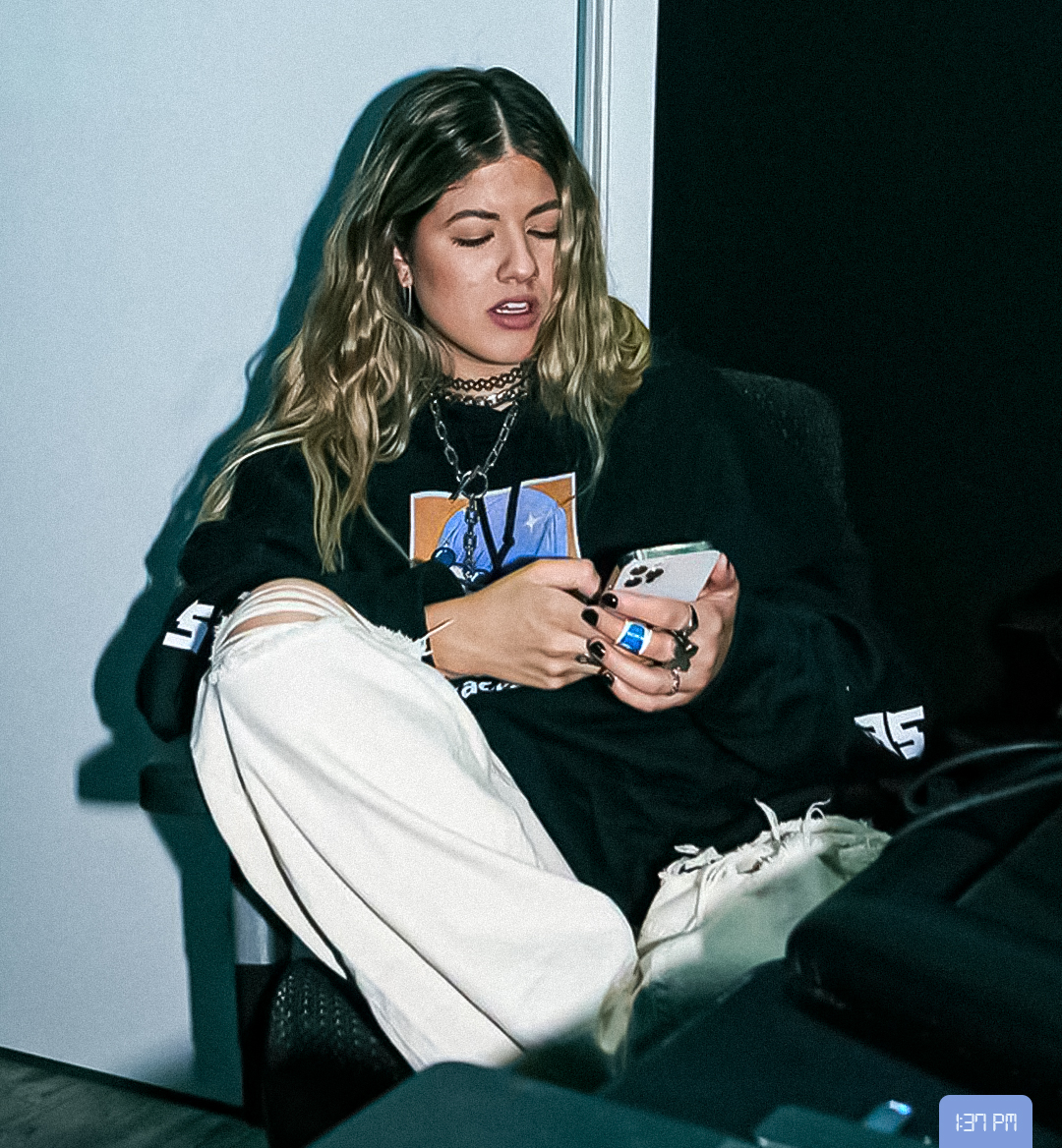 Paola Rodríguez, better known as paopao to her fans, is a Puerto Rican, GRAMMY-winning singer and songwriter who is best known for fusing a new category of music with Reggaeton and alternative pop. In 2021, Paola signed with Rich Music, a prominent Latin music record label with notable artists such as Sech, Justin Quiles, and Dalex. Today, paopao released her latest single, “ascensor,” with Omar Courtz, a confident and catchy track that will help continue to grow paopao’s career.

In May 2021, paopao released her cover of “PSL” by fellow Rich Music artist Sech. While the track is a cover, paopao delivers twists that make the song stand out, with a more relaxed production and memorable harmonies. If you haven’t listened to it yet, be sure to tune in below!

The song’s production features trap-like snares, a catchy bassline, and occasional synths. Additionally, there are many breaks within the beat which allows her vocals to shine through the cracks. With paopao’s comforting voice, she stands out as a force to be reckoned with in the Reggaeton and pop space for years to come. This cover acts as a perfect introduction to paopao’s music for her ever-growing fanbase.

In September, paopao released her single, “pal sex,” an upbeat and fun song that well captures her personality. The story behind the song is paopao singing about being lied to and having a toxic relationship. The track features numerous vocal layers that form a homogeneous sound that makes her stand out. Additionally, the production’s filtered and crisp percussion coincides with paopao’s emotion-filled vocals. If you are looking for a catchy pop song, this is a must-listen.

Paopao appeared on Chris Marshall’s latest album Audio Therapy at the end of September with “Shots.” The song is a bright and playful party anthem that would get anybody moving on the club dancefloor. In the music, you can hear a resonating brass melody with a lively and swift tempo. In addition, it contains lyrics in both English and Spanish that make it an easy and enjoyable listening experience for those who may not know one language or the other.

Today, November 2nd, paopao released her single “ascensor” with Omar Courtz, another artist hailing from Puerto Rico who has seen tremendous success thanks to TikTok. The song opens up with a tranquil introduction from paopao, then Omar joins in with a harmonizing duet, catching every listener’s ears and attention instantly. Tune in to hear this track!

This single has a rich and strident timbre with clear polyphonies throughout the piece. However, rather than relying on a synth or instrumental melodies, paopao and Omar create a memorable melody through their vocals. While the song was only released today, it will be a special tune on paopao’s tracklist for years to come.

With paopao’s raw vocal talent and songwriting skills, she is looking to make a big impact in the music industry, and she is on the right path. By releasing covers and collaborations showing her versatility, with “PSL” and “Shots,” paopao is directly tapping into markets and fan bases that are a perfect fit. Furthermore, with her original singles, paopao develops her sound that will shape for years to come to fit her talents and skills. So, if you’re still unfamiliar with paopao, you have to tune in!