Ten Major Artists Who Have Performed in the Metaverse 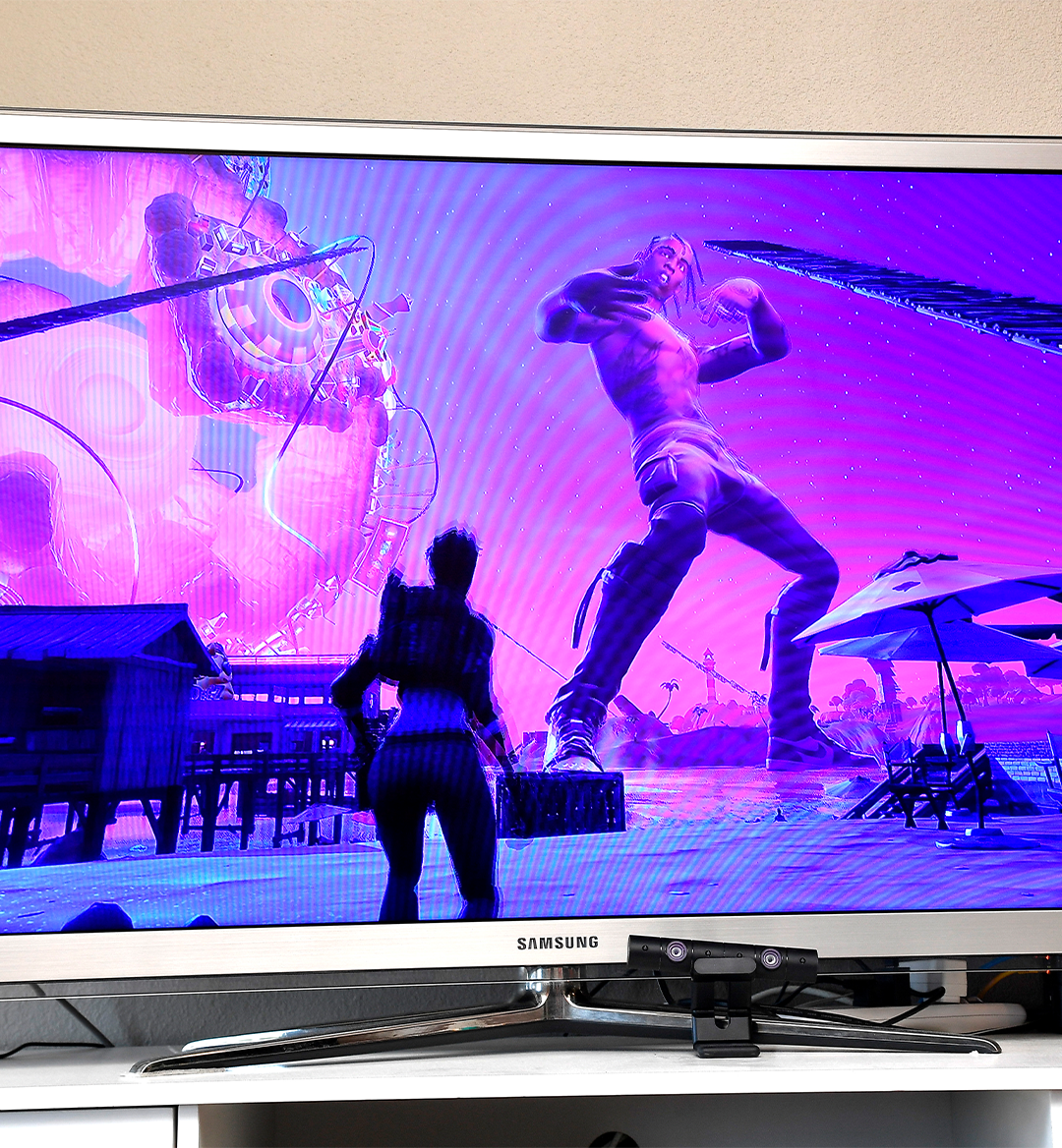 If the Metaverse already has nearly everything the real world has—clothing, grocery shopping, landlords—it makes sense that music will figure into its future too. While the technology is still in its relative infancy, there are already major artists who have performed in the Metaverse and begun venturing into the great digital unknown. With tours halted and the world sheltering in place in the spring of 2020, the Metaverse became an increasingly attractive option for artists who were looking for unconventional ways to connect with their audience. But still, even with artists back on the road, Metaverse concerts are here to stay. Here are 10 artists who have performed in the Metaverse and brought the future of music into the present. 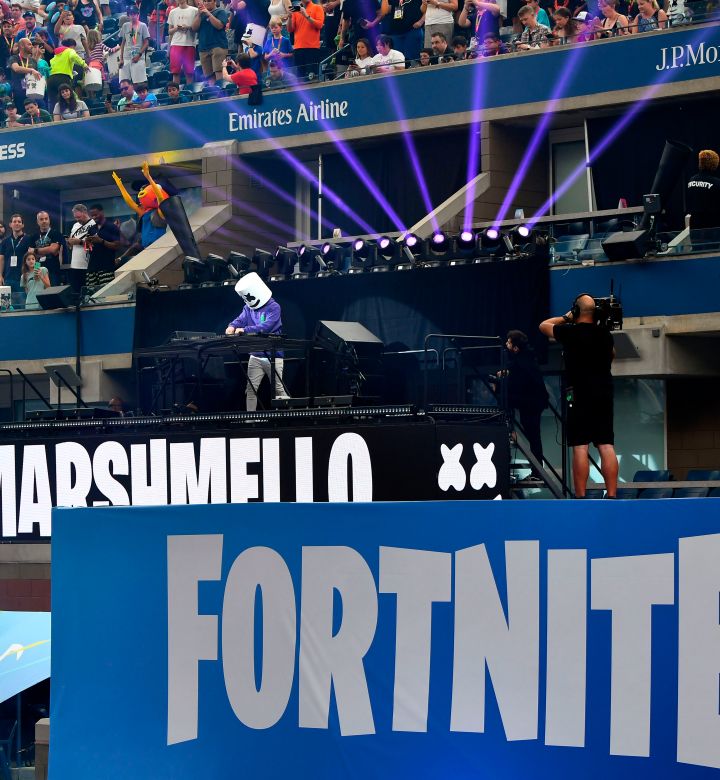 The masked DJ made his Metaverse debut way back in 2019 before the Metaverse was even really a thing; his Fortnite concert in February 2019 marked the first crossover between the music industry and Fortnite’s rapidly expanding Metaverse. By today’s standards, Marshmello’s 2019 concert already seems a little primitive, but it’s still revolutionary for broadening the music industry’s horizons and exposing the world to the possibilities in the nascent Web 3 space.

Although Travis Scott wasn’t the first artist to perform in Fortnite, his April 2020 concert was the first time that a Metaverse concert truly registered on the broader music landscape. With much of the world still in lockdown, Scott’s Fortnite performance became an indelible piece of pandemic monoculture alongside Tiger King, The Last Dance and Andrew Cuomo. Over two years later, Scott’s Fortnite appearance is still one of the most-attended concerts to take place in the Metaverse, with nearly 28 million people tuning in.

Whereas Marshmello and Travis Scott mega-stars who feel like natural fits for the Metaverse, Soccer Mommy’s inward-facing indie rock seems incongruent with the high-octane energy of the Metaverse. Earlier this month, Soccer Mommy promoted her new album Sometimes, Forever by hosting three days of games and events in Roblox, culminating with a concert. By being a fairly small  artist compared to her Metaverse peers, Soccer Mommy demonstrates the true utility of the medium, using it to connect with her passionate fanbase in ways that were previously inaccessible.

The Foo Fighters may be the only rock band in the world with the clout and influence to schedule counter-programming opposite the Super Bowl halftime show. Last February, the Foo Fighters tried to “Learn to Fly” into the Metaverse, but they were sadly more zero than “My Hero.” Sadly, the band’s VR concert on Horizon Venues, a platform run by Meta (nee Facebook), was plagued by technical difficulties. Fans struggled to log onto the concert after the virtual “waiting room” crashed. Unable to move on from the Foo Fighters debacle, Meta shuttered Horizon Venues last month. In retrospect, maybe it was a little unfair to expect such a Boomer-heavy fanbase to navigate the Metaverse quite yet.

On November 19th, 2021, Justin Bieber put on his first-ever Metaverse show on Wave, a virtual music platform. Interestingly, Bieber’s Wave avatar looked oddly life-like, falling in the uncanny valley between a real-life person and a cartoon-y video game character like those that populate Fortnite or Roblox. Set against a striking, evolving backdrop, Bieber performed hits such as “Peaches” and “Lonely” from his 2021 album Justice.

On the day after Christmas last year, Young Thug gave his fans a present with a Boxing Day Metaverse concert. While streaming on Meta's Horizon Venues platform, Thug performed alongside a giant digital tarantula, bringing his beloved pet and recording partner into the Metaverse.

Building on the success of Travis Scott’s Fornite appearance, Epic Games brought Ariana Grande to the Metaverse in August 2021. Calling Grande’s iteration a “concert” probably sells the experience short. Instead of statically watching a virtual Grande strut across a virtual stage, viewers were transported to a series of mini-games and interactive features as they streaked across the virtual sky.

Like David Guetta, Post Malone has double-dipped in the Metaverse. In February 2021, he linked with Pokemon for a completely computer-generated performance to celebrate their 25th anniversary. Then again last week, Malone took his talents to Meta’s Horizon World for a “block party” in the Metaverse. During the 40 minute set, special guests such Roddy Ricch, the Kid LAROI and Fleet Foxes joined Posty to perform songs from his recent album, Twelve Carat Toothache.

Largely unknown to American audiences, Indian popstar Daler Mehndi became the first Indian artist to play a show in the Metaverse. As part of a celebration around the unveil the first India-based Metaverse, Mehndi performed his ground-breaking concert in January 2022 for the 73rd Republic Day. As one of the biggest Indian artists, Mehndi drew over 20 million, a massive crowd that rivals that of any of the artists who have performed in the Metaverse. Most impressive, Mehndi’s concert only aired once whereas Travis Scott’s and Ariana Grande’s were both re-streamed several times over the course of many days. By bringing the Metaverse to India, Mehndi demonstrated the true global scope of this new technology and that it can have an impact on fans and artists around the world.