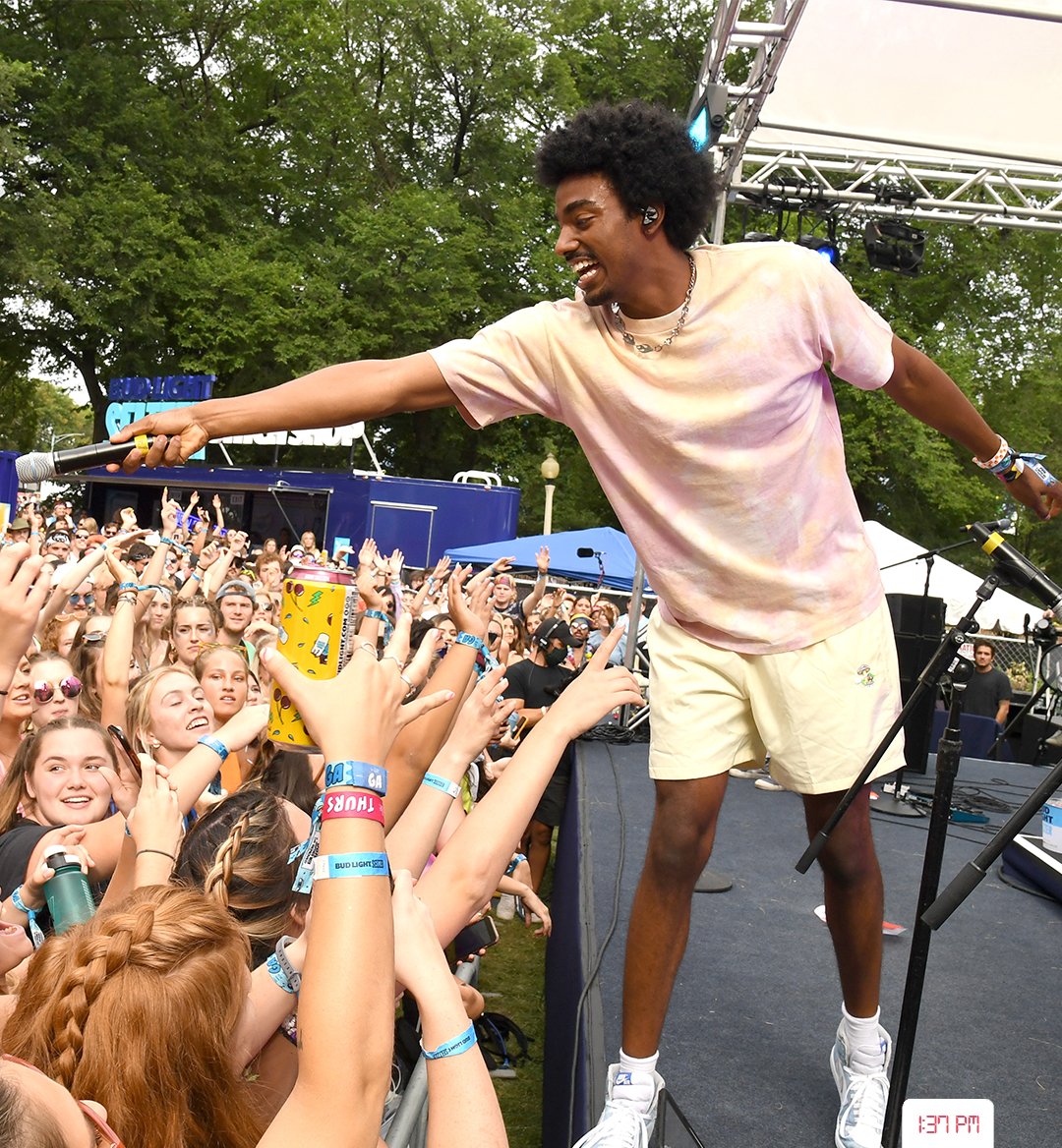 On this episode of Monday To Monday, Mike Boyd Jr is joined by guest host Emily Lorimer. In this episode, they talk about why TikTok is so important, tips on making it if you’re from a small town, and the most important person on your music team. Additionally, Boyd shares some insight on the story of how Tai Verdes used TikTok on his musical journey. Be sure to tune in to this special episode to learn more about the industry!

They kick off the conversation with a voicemail from a listener named Ben. He notes that he is in a band and has a solo act where he creates hip-hop and R&B songs. He explains that he is from Utah, and there isn’t much of a music scene in his hometown and asks what he can do to grow his career.

Boyd kicks off by saying that he loves Utah, as he has been there multiple times as a tour manager. He says that if he wants to really make a name for himself regionally, to keep posting on TikTok. He explains that his playlist is a good place to get music heard but connect with the local scene, whether artists, producers, engineers, or promoters. It is a common misconception that you have to be in New York, Los Angeles, or Atlanta to make it, but Boyd says that you can connect with the music scene in other cities by taking day trips.

They then shift to the following voicemail, coming from a listener named Ashton. He mentions a Canadian artist he wants to put on Boyd’s radar named Shyler. Boyd is surprised that the artist has over one hundred thousand monthly listeners on Spotify. Following listening to his song “Vendetta,” Boyd talks about how unique the music is. He further adds that if someone doesn’t know an artist and is talking to you about it, you have to take them seriously with passion. This is because word of mouth and sharing with your friends is, and always will be, the number one way to promote your music.

Emily then adds that this is true. While this isn’t about the previous caller’s voicemail, she notes that building relationships is the best way. Additionally, she says that you have to create a fanbase from the ground up. Boyd agrees and says that is how we share music.

Boyd then finds Skyler’s TikTok account, doing a quick audit of the account. Boyd points out that his branding has synergy across his TikTok, music releases, and other social media platforms. This branding that Boyd refers to is Skyler’s use of anime imagery and audio within his career. Boyd then adds that consistency is vital and adds that when people follow you, they ask, “what am I going to get if I follow this person?” Finally, Boyd adds that you know what to expect when you follow him at just a quick glance at his profile.

Boyd then compares it to his page, where you can often find videos of Boyd pointing up to questions people leave. He says he does this because he wants his demographic of musicians and industry professionals to know that he answers your questions. He then compares it to his old profile, which often shows how random and obscure it was. He finally says that you have to go hard posting multiple times a day, telling the story of Tai Verdes and the advice that GaryVee told him back in 2020. If you don’t follow Mike Boyd Jr, be sure to do so below!

Boyd then answers questions that were texted to our Monday To Monday phone number. The artist asked for feedback on how to protect your copyright and royalties. Boyd says that the most important person on your team is a lawyer. Knowing that many people aren’t at that point, he says that you just need to keep going. He then delivers a quote, saying, “if you do not ship your product, then it’s not art.”

Meaning, if you create a song and don’t release it, it’s not a part of the art because you are not vulnerable. To answer the question at hand, Boyd says that if you are at the point where you have to worry about copyright and royalties, then get a lawyer. If not, keep releasing music and doing your thing until you get to that point.

Boyd then reads off two text messages from independent artists asking to hear their music. Boyd notes that the best way to send him music is through our phone number - so be sure to do so! Boyd further explains how the playlists work, explaining that each week is a new vibe.

This episode talks about sharing music and how the playlist works. This podcast contains a lot of valuable information on the industry, connecting with different scenes and how to make it. More specifically, they dive into TikTok, copyright, and how to get your music on the playlist. Be sure to leave a voicemail or send us a text to be featured on the next episode!

These Are the 20 Best Nicki Minaj Videos