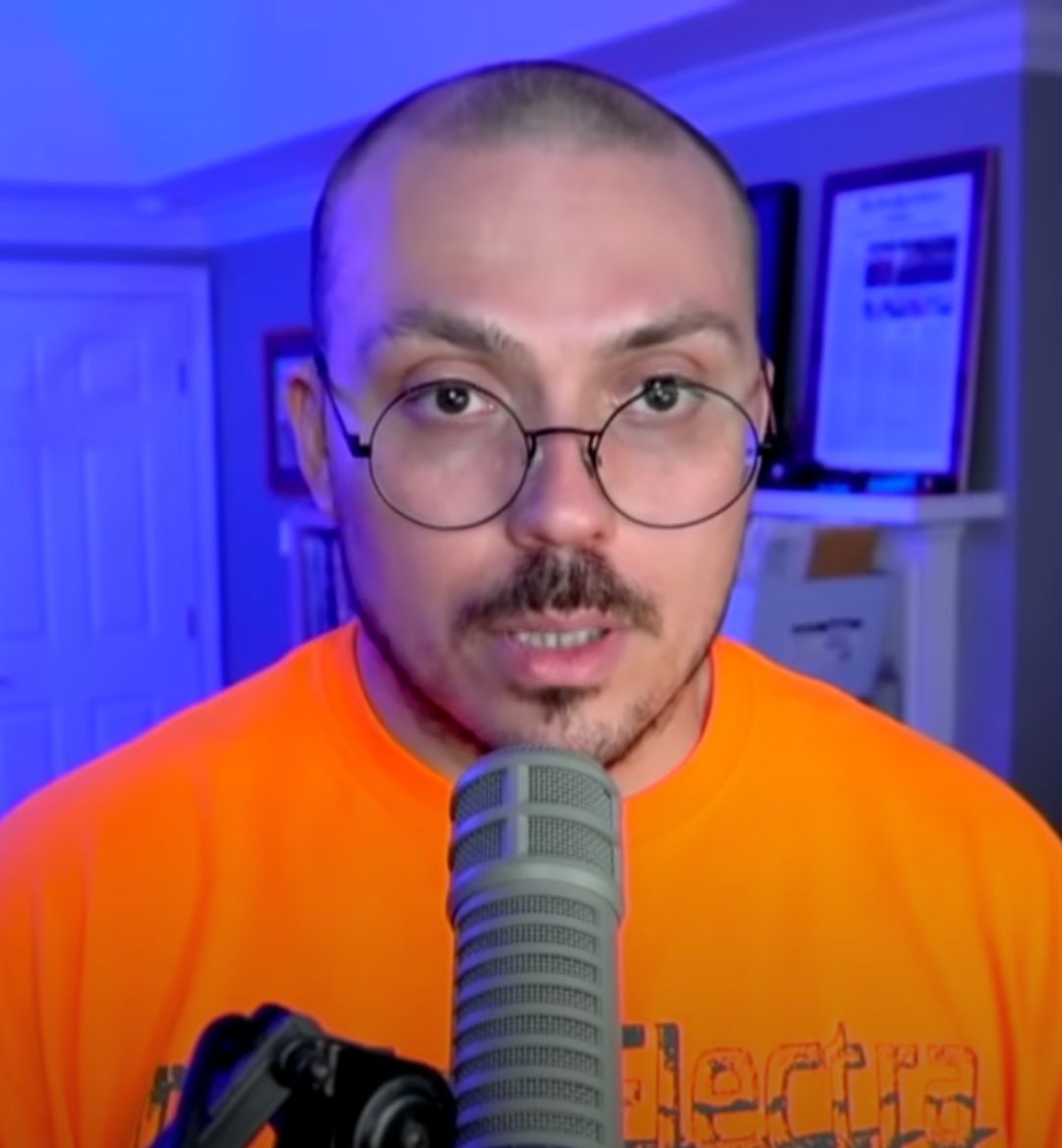 Anthony Fantano, the self-proclaimed Internet’s Busiest Music Nerd has officially become one of Drake’s biggest critics. The music reviewing Youtuber’s critiques of the “No Friends in the Industry” rapper finally warranted a response from the superstar. After Fantano posted a video claiming that Drake slid in his DMs to share a vegan cookie recipe, Drizzy decided to show receipts.

Drake took to IG Stories to unveil what he really said to Fantano. “Your existence is a light 1,” wrote the Honestly, Nevermind artist. “And the 1 is cause you are alive. And cause you somehow wifed a Black girl. I’m feeling a light to decent 1 on your existence.” 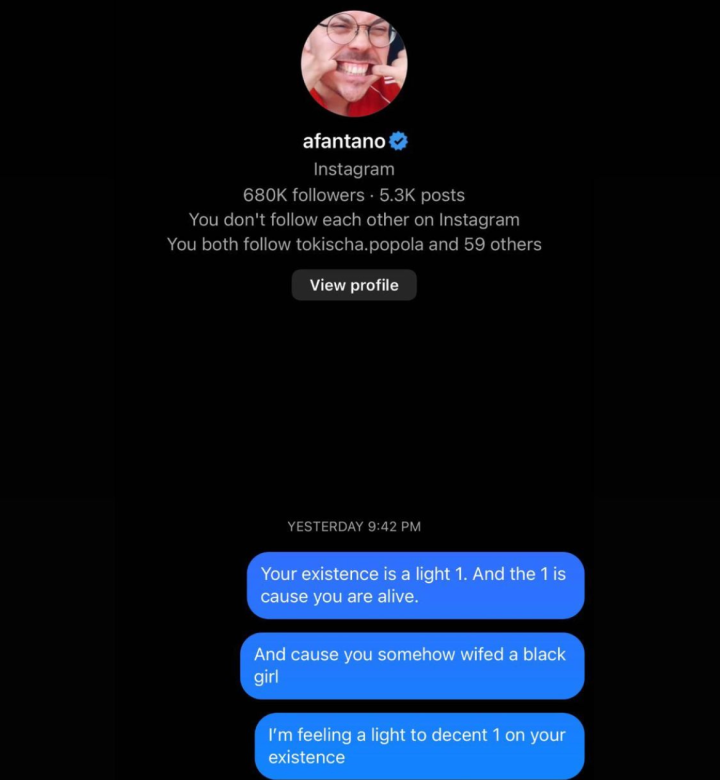 Prior to being one of Drake’s top opps, Fantano was known mostly for his takes on music. He delivers straight-forward reviews that don’t necessarily dig deep into the content of albums, mixtapes and eps, but that says just enough. He's become known for his trademark review rating scale where he rates albums on a scale of 1 to 10, which Drake referenced in his clapback. With over 2.63 million subscribers on YouTube and just under 700,000 followers on Instagram, he has amassed a large audience that trusts his views.

For over a decade, the man behind The Needle Drop has been offering his thoughts and opinions on music releases ranging across genres, including rock, alternative, r&b and of course hip-hop. This year alone, he’s rated everything from Kilo Kush’s American Gurl to Kid Rock’s Bad Reputation, with his reviews of Kendrick Lamar’s Mr. Morale & the Big Steppers (2.2 million views) and Jack Harlow’s Come Home The Kids Miss You (1 million views) being the most watched.

“I didn’t know it would become this popular when I started," he admitted to Spin Magazine in 2016. In that same interview he also expressed that “intimacy and interaction between YouTube creators and their audiences” is what inspired Fantano, who studied journalism in college to start vlogging in the first place.

Back in the mid-2000s Anthony Fantano was a music director at a college radio station in his hometown of Connecticut. Soon after, in 2007, he started blogging with The Needle Drop. A couple of years later he stepped out from behind the pen and in front of the camera and transitioned into doing video reviews with The Needle Drop Youtube channel. Memphis-based artist Jay Reatard is said to be the first artist he covered when he began video blogging.

In 2011, he started going extra hard with his The Needle Drop channel. That’s when he started focusing on developing the channel on a full-time basis. He also launched the Youtube page thatistheplan around this time. On it he reviewed memes. 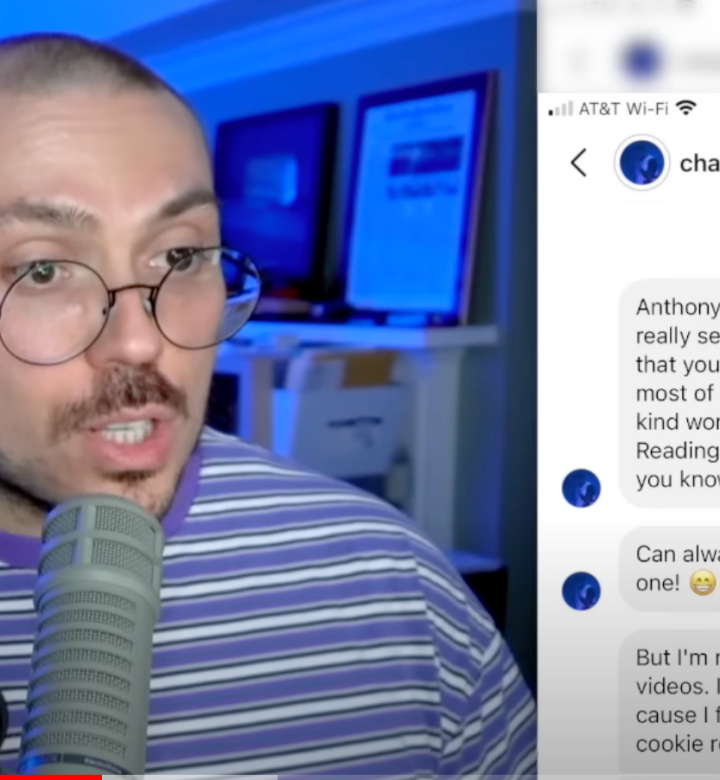 Since his humble beginnings, he has grown his brand into an empire. He’s even hosted a The Needle Drop tour that touched down in major cities throughout the country. He’s been praised as one of the most successful and well-known music critics in recent years by the likes of Spin Magazine, the New York Times and other major outlets, and has written for the Washington Post and others.

Anthony Fantano may not always be liked by the artists he critiques, but that hasn’t stopped his fans from appreciating his willingness to speak openly and honestly about the music that he listens to. The Connecticut native has gained notoriety and built a following as a result of his brutally honest music reviews. If you want to learn about new music or are just interested in hearing someone's opinion on a trending artist’s project check out The Needle Drop.