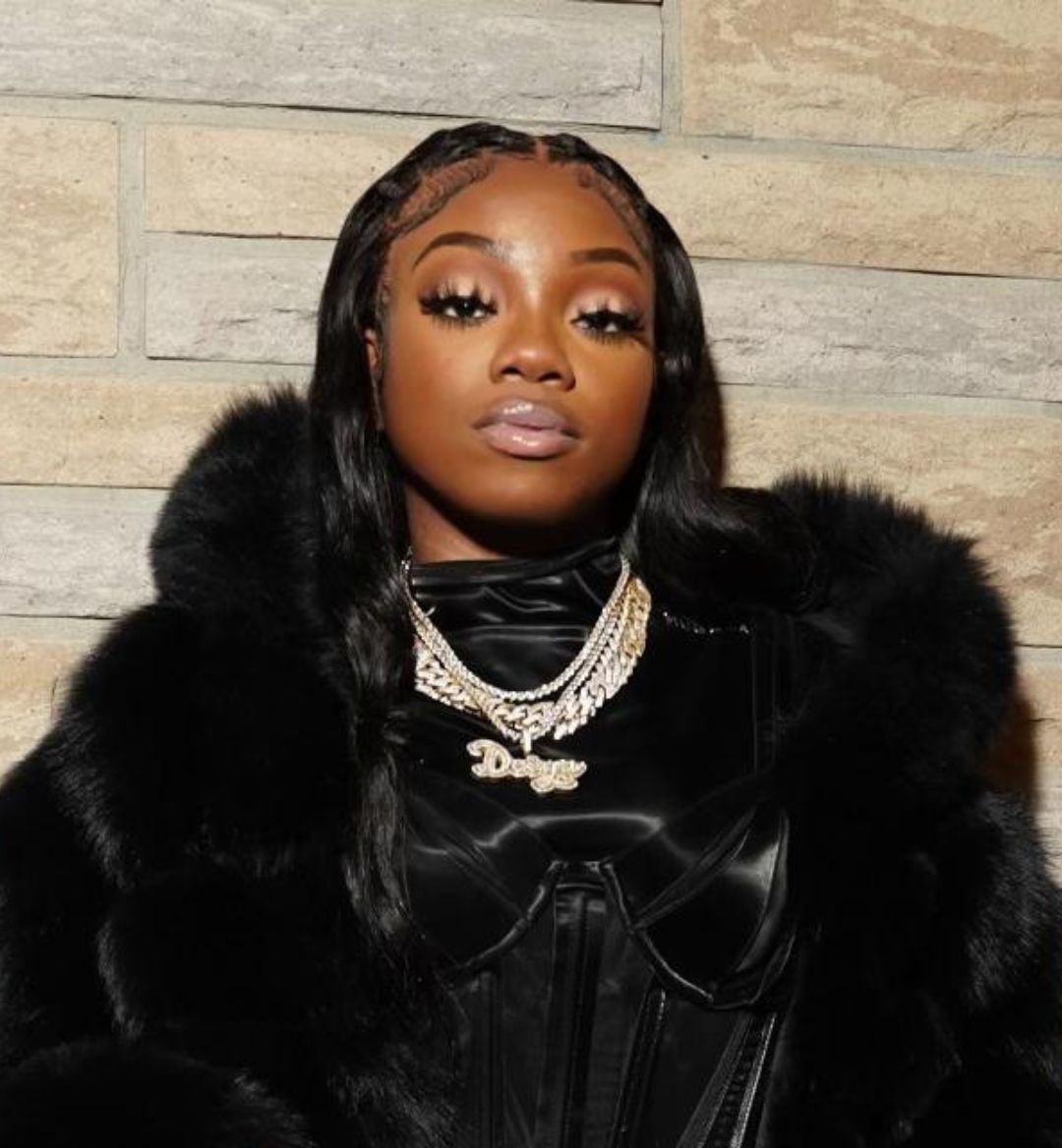 Cardi B knows how to love. Whether the megastar rapper is collaborating with emerging artists like Glo Rilla and Kay Flock or shouting out the next wave of talent, she is known to share the spotlight. An up-and-coming talent the "Bodak Yellow" artist felt deserves her acknowledgement is Young Devyn.

“I don't even know what to say or where to start when it comes to her,” says Young Devyn. “The love that she showed me has been so unexpected. It just goes to show me that you gotta just keep working, because you never know who's watching you.”

Hailing from Brooklyn, NY, Young Devyn gives authentic New York vibes. Full of swagger, the energetic 20-year-old rapper has the bars to match. Take a listen to her freestyles which have gone viral or her singles like the Fivio Foreign-assisted “Outside” and you’ll see.
The versatile femcee who is signed to 4th & Broadway/Def Jam is a sight to see live also. Starting at the age of eight years old she was performing. Long before the Brooklyn-bred Trinidadian was considered one of the best drill artists in NYC, she was turning up as a young soca artist. Whether she’s headlining shows at iconic venues such as S.O.B.s, or performing at Rolling Loud or on tour with Skip Marley, she brings the energy to any stage she touches.

Young Devyn’s debut project, 2021’s Baby Goat gave listeners a small sample of what to expect from her. A little bit over a year later, she circles the block with the sequel, Baby Goat 2, which drops today.

The 8-track EP features hard-hitting bops like “Decisions” and “All Gifted” alongside the Caribbean-tuned “Toxic.” She also gets in her r&b bag on “Real Love” and the Capella Grey collab “Cruise Control.”

Drilled-out versions of past hits such as Maroon 5’s “Moves Like Jagger” (“Outside”) and Offset’s Cardi-collab “Clout” (“Rap Sheet”) appear on Young Devyn’s sophomore project.

When making her latest project, Young Devyn says she set out to tell the “story of that relatable everyday girl who is making it out. ” She put it the work to make sure her mission was accomplished. “I took my time out to just pay attention to everything from the production, the lyrics, the storyline, the tracklist— just everything to make sure that it was concise,” she says.

On Baby Goat 2, she taps into the sound of her hometown, while staying in touch with her roots and also showcasing her vocals. “Like, it's not like I'm just doing one type of sound throughout the whole project. It's just different things, but it all makes sense,” she says proudly.

It’s safe to assume that her eclectic listening habits as a child may have had an influence on the artist she is today.  “I didn't really have a favorite genre growing up, because I was always exposed to so many different types of music early on like soca, pop, hiphop, reggae, even gospel,” she says.

Young Devyn’s hard work has been paying off, because more and more eyes have been on her. The likes of Nicki Minaj, Offset and The New York Times have also been peeping her game. Although she’s already gotten recognition from some of the biggest artists in music, she’s not letting it get to her head. “ I don't think that anybody owes me anything,” she says. “That is why I'm always super humbled when artists do show me love. Cause I'm never entitled or think that anybody should know me.”