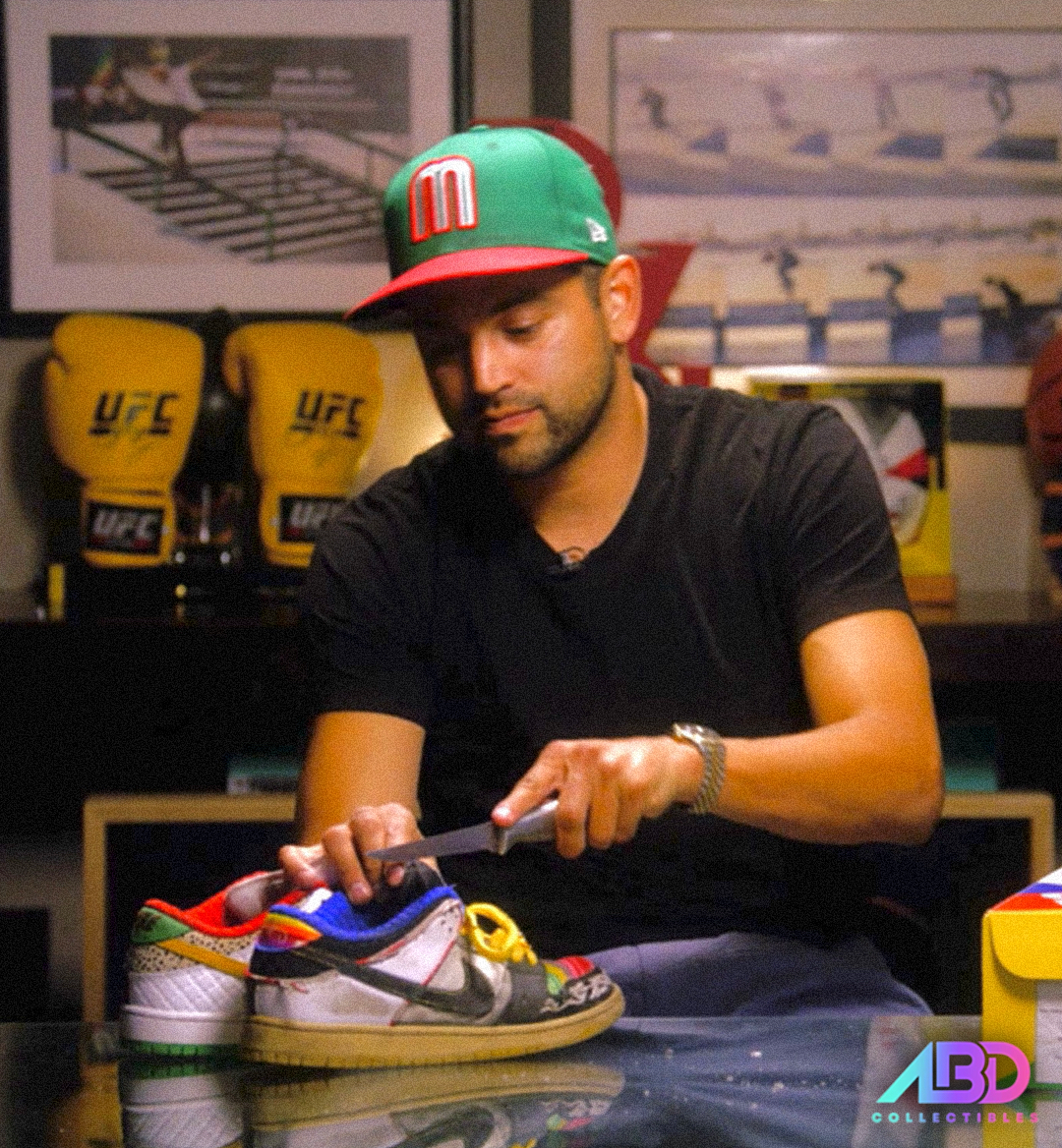 For a culture permeated by the importance of small visual moments, skateboarding has never had its own collectible community quite like sports cards. Whereas fans of Kobe Bryant have had decades of opportunity now to distill their fandom into something that is uniquely theirs, the parallel hasn’t quite ever found its footing in skating. That’s where ABD Collectibles—a new collectible platform that is part NFT, part tangible cards—comes into play. I caught up with brand co-founder (and legendary pro skater) Mike Mo Capaldi to hear about how ABD came to fruition, the ongoing drop with P-Rod and the future.

The Genesis of ABD Collectibles

"During the pandemic, we were collecting tons of Pokemon cards, basketball cards, Kobe Bryant cards, all that,” Mikemo tells me of the nascent days of coming up with the idea with co-founder Mike Marasco. “He got a Kobe card with his jersey in it," he tells me, referring to the numerous sports card variations that come embedded with a piece of paraphernalia.

"We were thinking, something like this needs to exist for skating. It doesn't. And there's a lot of moments within skating history that are pretty memorable. That would be cool to take a piece of that moment and actually put it in the card. Make ‘em signed, numbered and limited,” he elaborates how the idea started evolving.

As they were formulating this idea primarily as a sports card-adjacent venture, the NFT boom began, helmed partially by the initial popularity of NBA Top Shot. "We were like, ‘Ok, we need to mix both of these worlds together. Half tangible and half NFT. And have them complement each other. And make that be our utility for now. If you pull a certain moment, you get that tangible item with it. You unlock it,” Mikemo explains to me. The idea is that anyone can purchase the NFT corresponding to a specific iconic moment in skate history. And if you’re lucky enough to pull a legendary token, you get an actual card with a piece of the tangible item from the event.

"Skateboard video parts are a huge part of skate culture. So to take that four minute video and divide it up into a whole bunch of clips and then put ‘em in packs. It complements that model,” Mike goes on.

So that’s what they did for the platform’s first drop, which was built around one of my personal favorite moments in the history of skateboarding: Mikemo’s switch flip in the Fully Flared video. If you've never seen it before, seriously watch it right now.

They initially used one of Mike Mo’s parts because it was easiest to get approval from a brand co-founder, but they think that once other skaters see the success of the model, they’ll be able to get others on board. The featured skater makes a portion of the proceeds from their token.

"It's cool to actually take an old video part and give it life again. For the first time, it kind of got a new little wave of excitement sixteen years later,” Mike Mo tells me, referring to the legendary part directed by Spike Jonze. Those who got a legendary token from the Fully Flared clip had the opportunity to get a card embedded with a piece of the tee shirt Capaldi was wearing during the shoot.

The second drop is featuring a a trick from P-Rod, during which he was wearing a pair of Nike “What The” Dunks. “He did a nollie flip crook down a nine stair rail. We took that actual shoe he skated in that exact moment and cut it up and put it into the card,” Mike Mo tells me.

“Today, ABD is like 5% of what we really want to do with it," Mike Mo tells me excitedly. Right now, they’re diving into the past to find nostalgic moments from the history of skate culture to repurpose for ABD. He and I go back and forth about some of the sickest moments to turn into collectibles. “I have so many that I hope can happen," he smiles. Anything from “Yeah Right,” “maybe something with Tony Hawk,” the possibility of an El Toro series. The sky is the limit.

In the future, they also hope to be able to have skaters release parts directly through ABD with the collectible baked right in. That way, they can ask skaters to keep everything they used during the part and then each piece can become a collectible of its own tied to the digital asset down the line.

This is just the beginning. Keep up with ABD here.