An interview with Jon Alagem, CEO and Co-Founder of Local Weather. 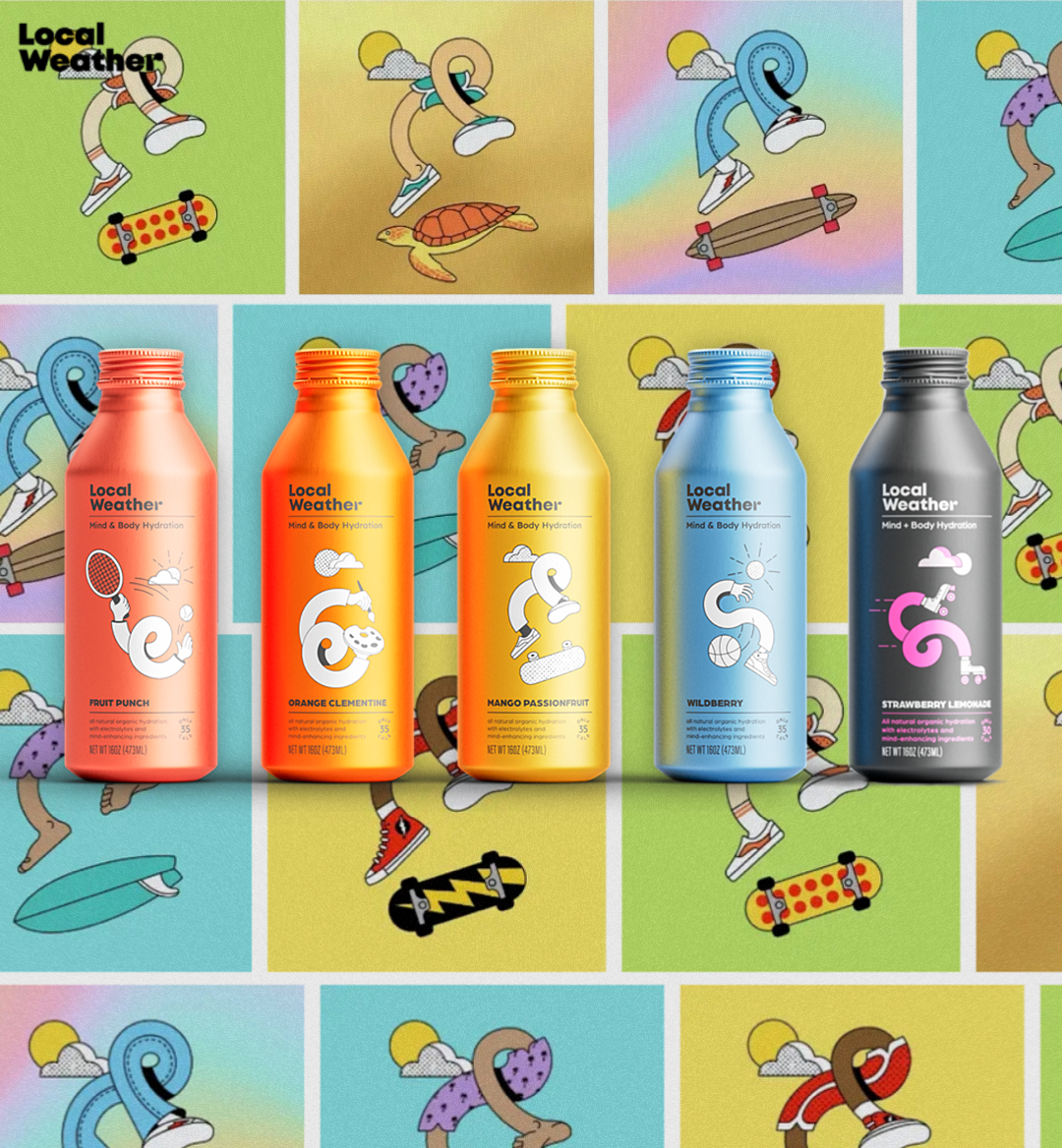 NFTs are more than just JPEGs, and the capability of how to use the underlying technology that powers them is only just being discovered. It’s something we will likely see mature over the coming years and decades, but we are already starting to see traditional industries use NFTs as part of their strategy.

I sat down with entrepreneur Jon Alagem, co-founder and CEO of Local Weather, to talk about how his curiosity led to launching an innovative beverage product with a community, for that community, and why NFTs are playing a big role in that process.

This story illustrates how NFTs can be applied in traditional models to open up a new way of building businesses that are more connected to the consumers that the company wants to serve.

What is Local Weather? 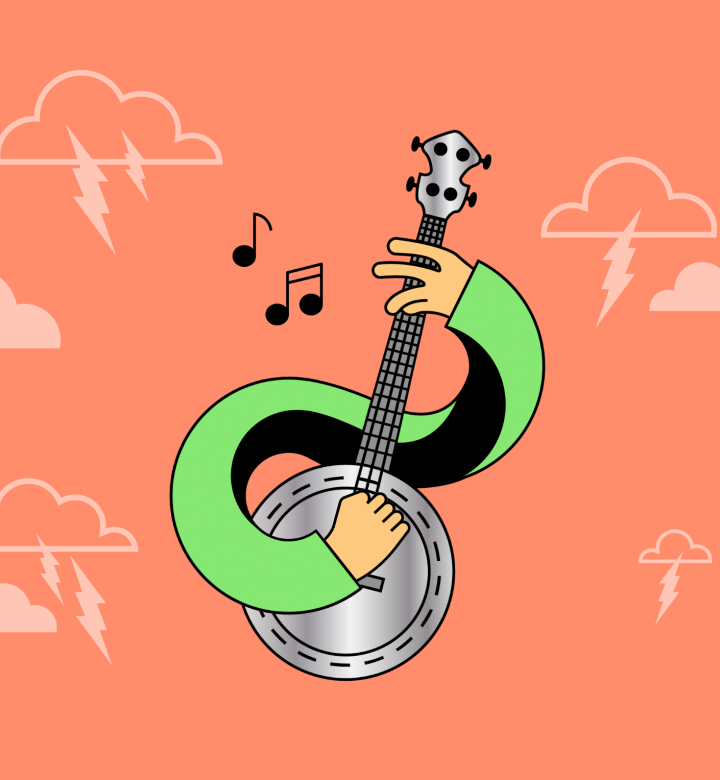 One thing that Jon made clear to me is that Local Weather is not a web3 company, but it is a beverage brand that incorporates web3 as a unique component to its go-to-market approach.

This is an exciting distinction because it’s a sign of a bridge forming between traditional brands and NFTs, which is important for the adoption of the technology.

Local Weather is also unique in that it’s a mind and body hydration beverage, that has significantly lower sugar than what’s out in the market today and incorporates vitamins, minerals, adaptogens and nootropics in its ingredient profile.

And of course, delicious taste is paramount for Local Weather hydration drinks.

Local Weather is also the first sports drink to be packaged in aluminum bottles that, once recycled, are back on the shelves in about 60 days.

We need to change what we’re drinking not just for us, but for our kids.

How the Idea for Local Weather Came To Be

“It’s crazy that you’re describing something you drink and it’s not on the market.” — Jon Alagem to Russell Wilson

Jon started his career in finance after graduating from the University of Pennsylvania, but quickly realized he was an entrepreneur at heart, so he enrolled in the NYU Stern School of Business MBA program.

Later, he started a social media company that was ahead of its time, however it helped lead him to his next entreprenurial journey, Harper+Scott, a leading design and manufacturing agency in NYC with his co-founder Michael Scott Cohen.

After gaining experience helping other companies create branded merchandise, the pandemic hit, and Jon, along with his team, decided to create their own brands in a new division, H+S Labs.

H+S Labs realized a need for safer products coming out of the pandemic. Together with Ciara Wilson, they co-founded their first brand Dare to Roam (DTR), an anti-microbial travel and accessories line to help protect families from tracking bacteria into their homes.

Their follow-up brand, Local Weather, came about serendipitously after a DTR business meeting and lunch at Ciara’s home with her husband Russell Wilson.

In a conversation over what Russell’s nutrition needs to be to help him become a Super Bowl winning champion, he explained the hydration beverages he drinks were not actually an in-market option. Instead his nutritional team concocts a beverage that is a healthier alternative to traditional sports drinks.

Jon couldn’t believe that the concoction Wilson was describing that he drank during NFL games wasn’t yet out on the market, so his team went back to the lab to do extensive research to build out the idea of a new, healthier beverage brand.

Understanding the Market Before Launching a Brand

“We spent a very long time understanding the market, the landscape, who the traditional players are speaking to, what is not being done, and who is not being spoken to.”  —  Jon Alagem

After the meeting with Russell and Ciara Wilson, Jon and his team didn’t rush to get a new product out to the market.

Instead, the team spent time learning.

They learned that the traditional sports drink companies spoke a similar language and had very similar ingredient profiles.

Then, they uncovered an underserved demographic: Gen Z.

Whitney Siegel, Director of Brand Strategy, explained that the Local Weather team did ethnographic research by going “to people in their homes, looking in their fridges, putting together a heavy narrowing process, and finding out from people what they're consuming, when they're consuming, etc.”

The Local Weather team took the time to get granular and really understand their audience before starting to architect the product, branding, positioning, and go-to-market strategy.

While those may seem like boring business terms, understanding consumers is critical to the success of any company and Local Weather has done this very well:

“Gen Z youth are not being spoken to by these traditional players. They’re much more active than other generations and not necessarily in traditional sports but in more of what we call ‘alt sports’, which are anything that requires movement — spikeball, rollerskating, and even dancing on TikTok. All those movements require hydration.” — Jon Alagem

While Jon didn’t know it at the time, NFTs would eventually open a door to the perfect medium to help him and his team maintain their ferocious approach of building a beverage brand with their community.

Using NFTs As a Medium to Build A Strong Community

Building a beverage brand in a competitive market, even with a talented team, entrepreneur like Jon at the helm and a partner like NFL Quarterback Russell Wilson, is no easy task.

A detailed understanding of consumers, the market, what exists, what doesn’t exist, and how to fill the gap is something the Local Weather team wants to continuously keep a pulse on.

They knew how important it was to build a community and to bring value to that community from the start:

“If you think about when Red Bull started, they had these incredible communities around them, but what they also offered was a fan club / give back system. We wanted to do the same thing. We didn’t just want to give them a beverage. We wanted to give them something back.” — Jon Alagem

But they weren’t quite sure how they wanted to go about it.

Jon explained to me that he had a meeting set up with Gary and AJ about another project, but the topic of Local Weather came up naturally in the conversion.

Gary and AJ took a liking to the idea and thoughtful artwork on the bottle and suggested Jon create an NFT project to pair with Local Weather that could help build the two-way relationship Jon originally envisioned.

The NFTs themselves were designed to give utility to holders through on-field experiences, Zoom sessions with athletes, musicians, artists, merchandise, autographs, the first shipments of the product, etc.

It’s meant to be a modern version of a fan club. 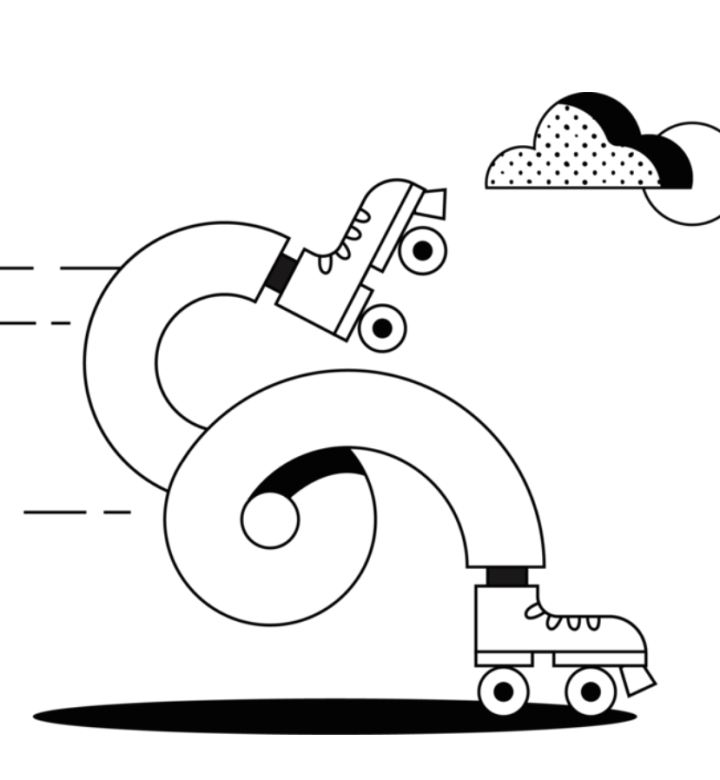 GM Local Weather! This week, we held a #Discord AMA where we forecasted our holder benefits and chatted up with our community. We also launched new holder channels as our first step to building out the holder ecosystem - stay tuned for much more, Locals! pic.twitter.com/R5nhEkbCK1

The key to the success of Local Weather is understanding the market and consumers, and now with NFT holders, the team has a group of invested individuals who are also passionate about the product and the brand.

Members of their community began to create fan art inspired by the  illustrations on the bottles.

Then they began to make helpful and insightful suggestions on AMAs (Ask Me Anything Q&A).

Others offered their connections to help grow the brand.

For example, one of the NFT holders leads the national breakdancing Olympic committee and another owns a chain of pharmacies and wants to sell Local Weather at those locations, and yet another works at a big print shop and wants to help with printing needs.

The NFT project became both a better avenue to build the modern fan club delivering more value to its members, and a really effective mechanism to keep the pulse of sentiment toward the direction of the product and brand.

"We spent a long time making sure what we're building is what people want - building it with the community as opposed to for the community". - Jon Alagem

It’s very impactful to see a traditional brand company leverage NFTs as part of their go-to-market strategy and overall vibe of how it wants to build a community around the product.

The way NFTs were incorporated into Local Weather happened organically but turned out to have a much bigger impact than the team originally anticipated.

This interview with Jon was a masterclass in entrepreneurship — curiosity revealed a gap in a big market, and active listening and observation led to uncovering a consumer base that hadn’t been met with a specific type of product in the right way.

More businesses should start to pay attention to how NFTs can act as a reliable vehicle for a continuous feedback loop through community-building with more value attached to early believers through NFT ownership.

Jon said that they are “almost done [with the product], we are just finalizing the formulation right now, which took a while because it’s a complex ingredient stack.”

Local Weather plans to sell its product direct-to-consumer as well as through traditional retail and is anticipating the hydration drinks to hit the market in the Fall.

Found out more about Local Weather: