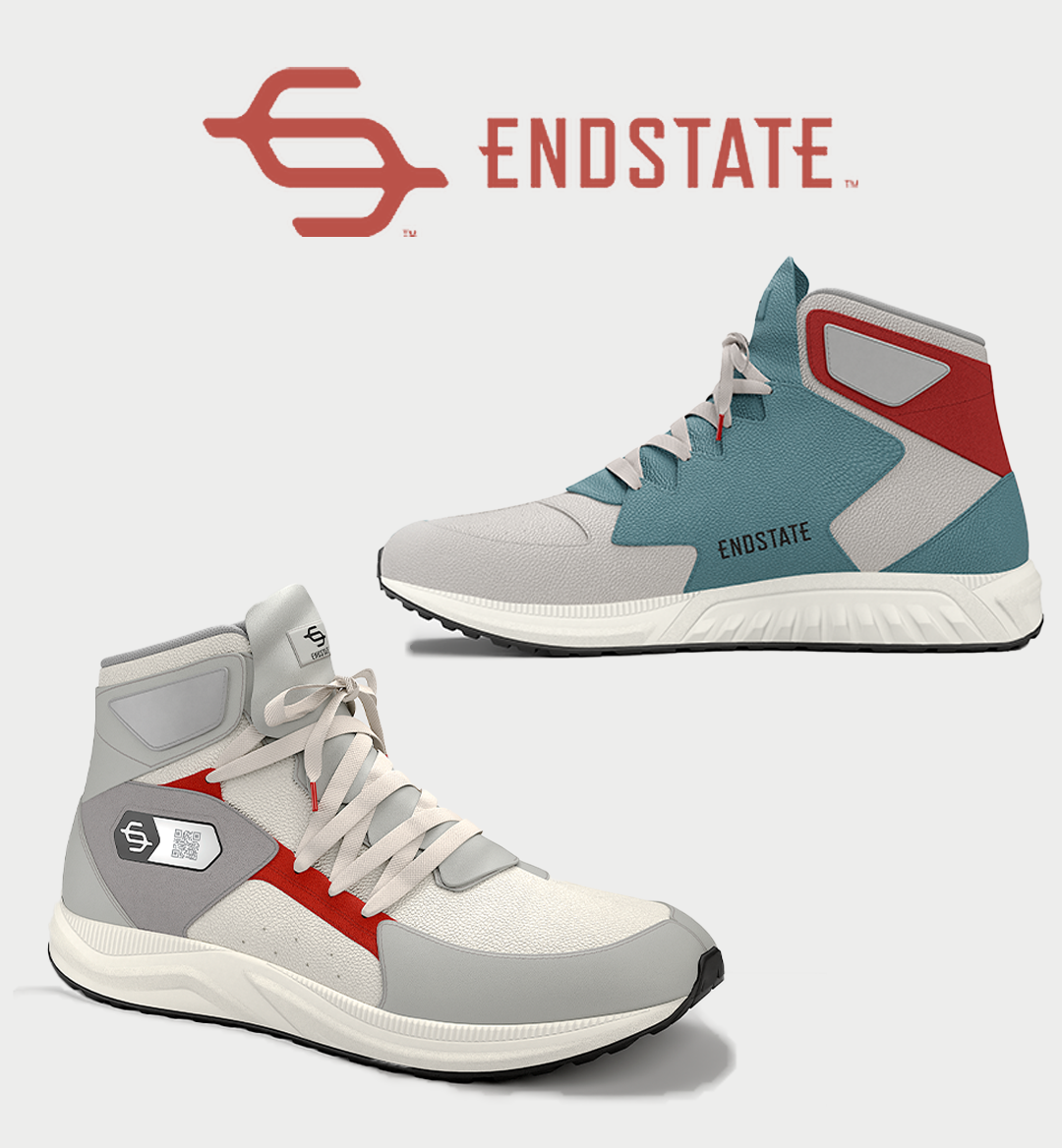 Stephanie Howard, founder and COO of Endstate, is a veteran of the sneaker industry.

With over 25 years of experience, she's designed for brands like Reebok, New Balance, and Timberland. Now, she's revolutionizing the footwear industry through her web3 sneaker brand. Endstate's newest drop, "Drop 2" is the company's most ambitious project to date. 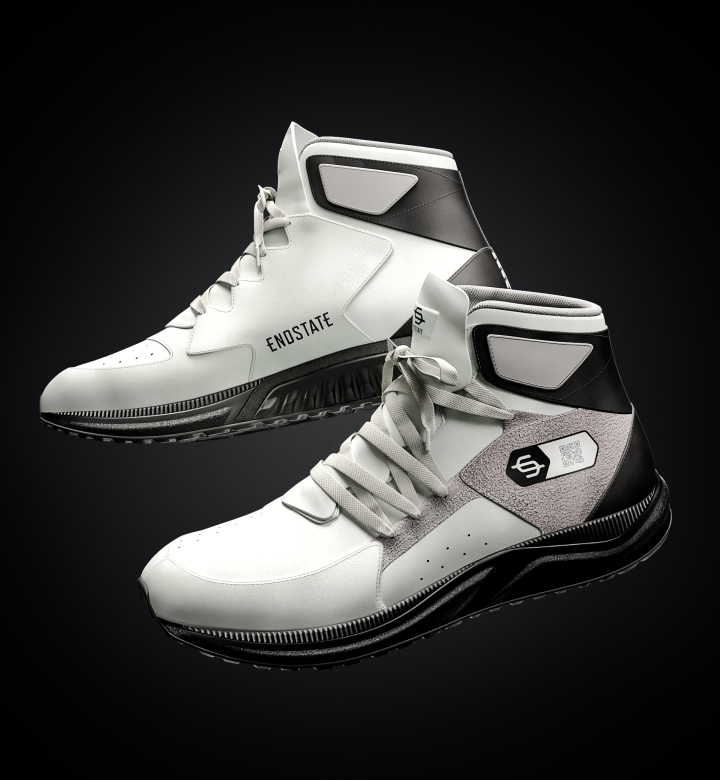 ONE37pm sat down with Howard to talk about Endstate's new collection, how she got started in web3, and her goals for the future of Endstate.

Howard started off studying industrial design in college before getting her start in sneaker design. She said it was the perfect combination of creative and technical.

"When I was in school, we mostly designed housewares, furniture, and a lot of other projects that didn't have anything to do with sneakers," Howard said. "It taught me a lot about how to understand how things are manufactured and different ways of gathering inspiration to tell a story."

After graduating school, she learned about an opening at New Balance and become the youngest member of its creative team as a designer.

"New Balance was amazing, I felt like I was part of a family," Howard said. "The attitude of the whole product and development team was to try new things and I came at exactly the right time."

While she was only a young designer at the time, she is credited for designing the iconic New Balance 850, the first shoe of the brand to not include the letter "N" on the side of the shoe.

She then went on to have an extensive career for the next two decades— with big roles such as Designer at Reebok, Design Director at Nike, Lead Designer at New Balance, Innovation Director at Seventh Generation, and consultant to brands such as Titleist, Converse, The North Face, and Vans.

In 2020, Howard participated in a webinar with footwear industry leaders where she discussed the business of sneakers and how designers and collaborators could be compensated more fairly for their work. She realized that creators never benefit from resales in the secondary market.

Her now co-founder, Bennet Collen, saw her talk and reached out on Linkedin.

"Bennett introduced me to everything I know about web3," Howard said. "He had been in the blockchain space since 2015 and taught me about the technology."

The two decided to combine their expertise in art, design, and blockchain to build a brand together. That's how Endstate was born.

We wanted to create an ecosystem that helps other people build their brand while we build ours. We believe in the future of product ownership where there is both a physical product and digital twin. 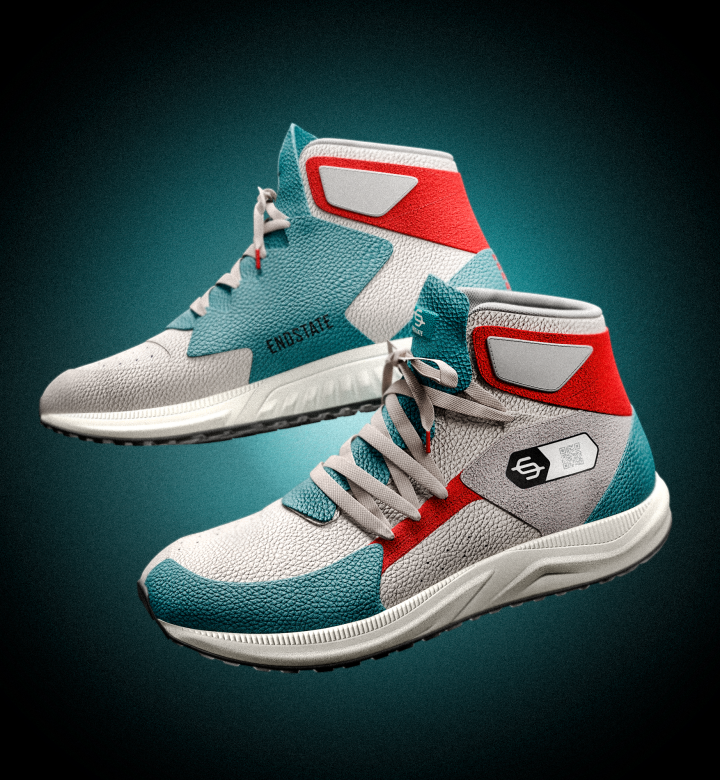 Endstate is ushering the world towards the future of product ownership by marrying physical products with NFTs.

Each NFT is redeemable for a premium pair of Statecraft sneakers and the two are definitively linked via NFC chip. Both the NFTs and the physical sneakers have variable traits across several tiers of rarity.

The Statecraft silhouette is made in the USA and designed from the sole up by Endstate’s world renowned designers David Filar (lead design) and Stephanie Howard (design direction). The silhouette boasts asymmetric features, bespoke tongue construction, and cut-and-sew leather paneling.

"The NFTS don't just give you ownership of the product, but the token gated experiences," Howard said. "My favorite part is that the NFT can open up experiences such as airdrop access, ticketed events, and new physical products that are coming out."

When the war broke out in Ukraine, Endstate launched a collection in support of Direct Relief: an organization working directly with Ukraine's Ministry of Health to provide medical aid. All proceeds have been donated on-chain.

Everything to Know about Drop 2

Endstate, Drop 2: Statecraft is now live. Endstate says it’s not just an epic sneaker release, "it's the first step in your journey to the Endstate: a future where all objects of value in the physical world have a digital counterpart."

Only 750 available will be available to new collectors. You can mint here.

Here are some benefits to being a holder:

Every drop that Endstate releases includes a charitable component. For this drop, Endstate donating a portion of sales to the Giving Block's Economic Development Fund.