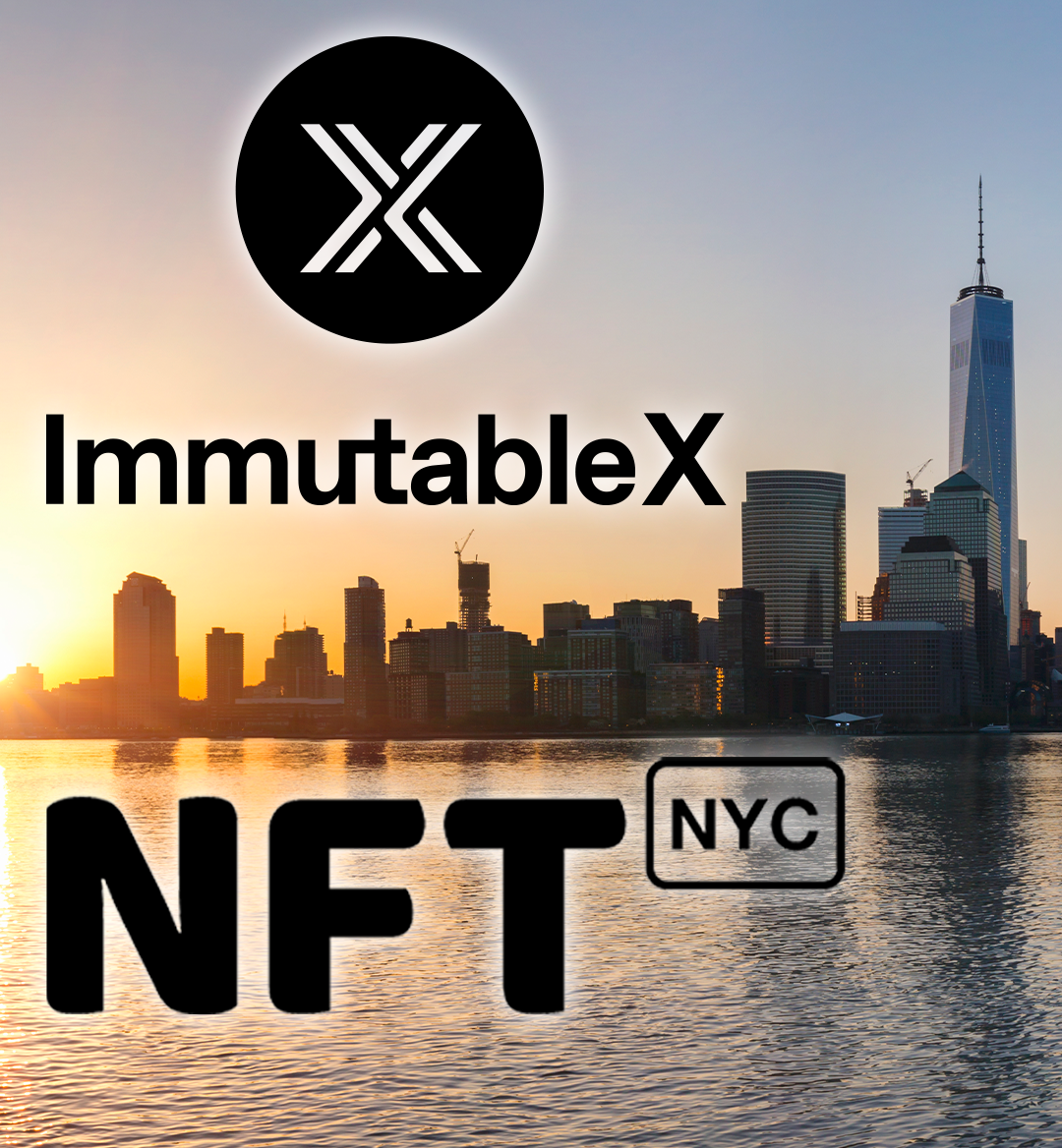 Immutable Group, supporting the Ethereum-scaling Layer 2 platform Immutable X and Immutable Games Studio with leading titles such as Gods Unchained and Guild of Guardians, has entered a new multi-year partnership with NFT.NYC, organizer of leading NFT industry events, ahead of its upcoming debut in London on November 3.

RELATED: What is Immutable X? Ethereum’s First Layer 2 For NFTs

“With this new partnership, we can bring exciting experiences and engaging activities at all NFT.NYC events.” said Robbie Ferguson, co-founder and President of Immutable.

As part of the partnership, tickets for NFT.NYC events beginning in 2023 will be NFTs minted on Immutable X. Additionally, NFT ‘Swag Bags’ distributed to NFT.NYC’s attendees will also be minted on Immutable X. As the first layer 2 scaling solution for NFTs on Ethereum, these Immutable-minted digital assets will also be 100% carbon-neutral and protected by Ethereum-grade security.

We have been deeply committed to integrating NFTs into the attendee experience since our first NFT.NYC in 2019. Immutable will play an important role in scaling those experiences to all attendees, helping us deliver unforgettable NFT moments at all of our events.

ONE37pm spoke with Robbie Ferguson, Co-founder and President of Immutable about what this partnership means, what's in store, and how this will affect the NFT space globally.

ONE37pm: How do you think this partnership between a Sydney based company and an American based company will benefit both communities as a whole and the global NFT market?

Robbie Ferguson/Immutable: The cooperation of two organizations from different ends of the world signals the true global reach of the blockchain technology industry. This collaboration also lays the groundwork for greater interaction and engagement in the future, be that through local events, community giveaways and airdrops, the impact of which can really be amplified from such global interconnectivity. Additionally, both parties will benefit from each other’s experience, and will work together in pursuit of shared visions for creating unique, engaging and groundbreaking NFT and web3 Gaming focused community events.

ONE37pm: You guys say you will "deliver unforgettable NFT moments at all events" what exactly does that mean? What will you guys work to do together? What is an example of what you can share of something new and engaging that is coming?

Robbie Ferguson/Immutable: We are working together to make sure these events are industry leading, truly impactful experiences that will showcase the most important innovations, projects and community initiatives in the global NFT space today. This really is something that will translate by attending the event in person. For example, we’ve turned the idea of the traditional “swag bag” on its head with a 100 percent carbon-neutral NFT swag bag with all NFTs minted on ImmutableX. We will also be hosting gaming stations where attendees can meet our team, learn more about our flagship games — Gods Unchained and Guild of Guardians — as well as our partner games on ImmutableX, and delve further into the gameplay experiences with demo play and game presentations.

Starting with NFT NYC 2023, we will be working together on minting all tickets to the Events exclusively on IMX as well to further drive NFT adoption across attendees over the next couple of years.

ONE37pm: What do you think that Immutable can offer that others can't?

Robbie Ferguson/Immutable: Carbon-neutral NFTs, Layer-2 speed coupled with Ethereum security, a development team focused on NFT gamification that has experience working with some of the biggest brands in the entertainment industry to power their NFT launches. Immutable is focused on developing NFT use-cases to produce real utility above all else, as we’ve shown with a host of recent collaborations and integrations, including on the GameStop NFT marketplace launch, and through top-tier web3 gaming titles Gods Unchained and the  mobile RPG Guild of Guardians.

ONE37pm: How do you see the conference growing in the next few years?

Robbie Ferguson/Immutable: NFT.NYC is already the largest blockchain industry NFT conference in the world. The most recent event in June of this year attracted over 16,000 registered attendees from 72 different countries to hear 1,500 speakers. Moreover, there were 300+ unaffiliated Crypto events during the days of the conference that drew even greater participation. NFT NYC already sees about 30% of the attendees fly in from Europe, this further cements our belief that we’re setting up for a successful first edition of NFT.London. Every year its scope of influence grows in size and impact, and I have no doubt it will play an important role in shining light on the cryptosphere for years to come.