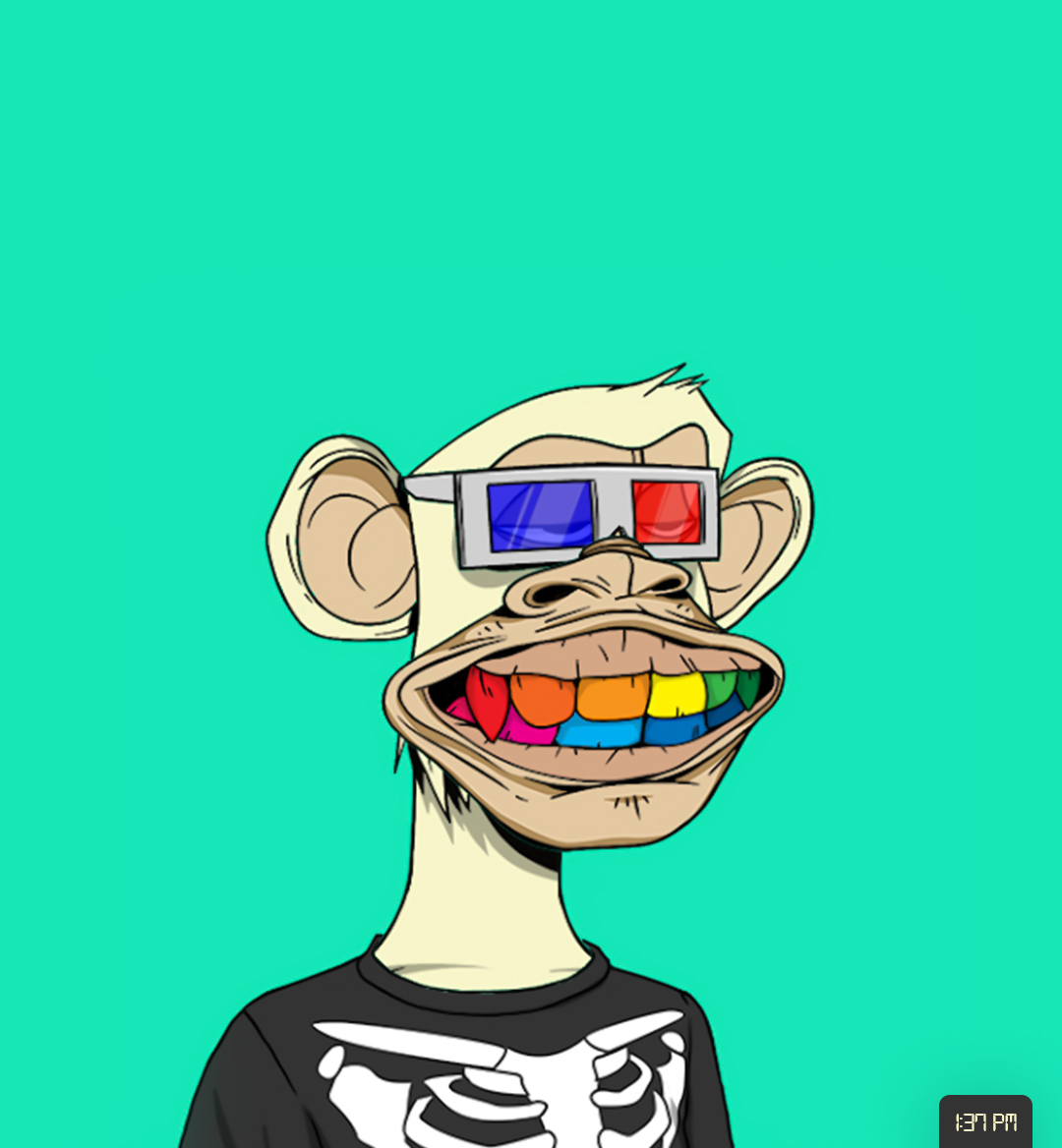 NFTs are taking over the real estate of social platform’s profile pictures. Crypto Punks were the first widely adopted profile picture NFT flexed by blockchain OGs and celebrities who were told about one of the earliest NFT collections ever created dating back to 2017.

In April, 2021 Bored Ape Yacht Club (BAYC) was released at the mint cost of .08Ξ which was about $300 at the time. Since then, the BAYC community grew in size and strength with almost 6000 unique owners today. In addition, the world of BAYC has created two offshoots: Bored Ape Kennel Club (BAKC) and Mutant Ape Yacht Club (MAYC) which were both sent for free to the holders of the BAYC–further increasing the overall value of having a Bored Ape. Now the cheapest Ape that can be purchased in the collection is around 39ETH ($110,000). As the collection grows in popularity it continues to attract celebrities and brands who are seeking to invest in NFTs and show off their collections.

On September 28th, American electronic music producer and DJ Marshmello ‘Aped’ in and got BAYC #4808 for 75ETH ($218,000). Ape #4808 is sporting 3D glasses and a multicolor grin which are both popular traits amongst the BAYC community. The 3D glasses trait is a feature seen across a lot of NFT collections and is popular amongst collectors because of the hype that was created around it in the CryptoPunk community.

Marshmello joins a community already full of other social influencers, including Steph Curry who bought Bored Ape #7990 in August for a cool 55ETH. Other notable BAYC members include FaZe Banks, Logan Paul, The Chainsmokers, and many more.

As NFTs continue to grab the attention of pop-culture, celebrities are starting to pick up NFT projects that they believe will grow to the size of BAYC, including Shaq’s recent purchase of Creature World NFT #9018. Each NFT collection boasts its own roster of celebrity collectors, along with strong communities who believe in the success of the collector.

The communities that support these NFT collections work hard to make all the members feel included by supporting one another on social media and collaborating on projects. Collections like the BAYC will continue to expand their IP into mainstream culture through collaborations and a variety of events. In their recent announcement of their Roadmap 2.0, the BAYC highlights the plan to open up their very own club in Miami, Florida. With members ranging from Marshmello to Steph Curry the prospect of a Miami club that hosts events with both of them being part of the community is something to look forward to.