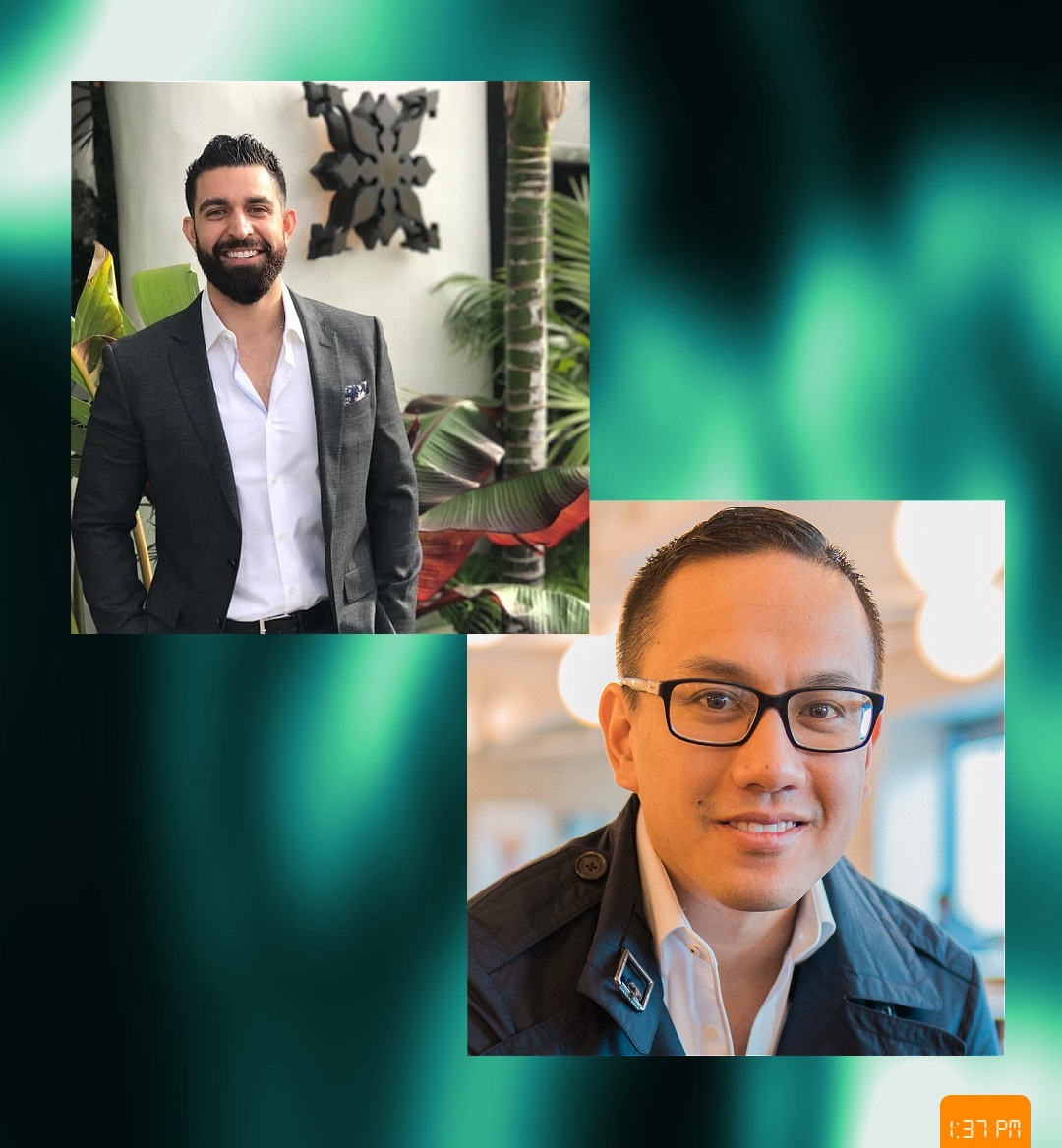 The NFT gaming landscape is seemingly expanding on a daily basis.

And with upcoming institutions such as Turnt Gaming in the mix, that continuing expansion should carry on for years to come. For those not in the know, Turnt Gaming deals in enhancing next-generation gaming products and media with a focus on reimagining how its interpreted by today's audience. That mission statement reflects the company's openness to partnering with companies based in the worlds of blockchain, gaming, and wagering in an effort to develop new ways of utilizing interactive entertainment.

ONE37pm managed to catch up with Jeff Liboon (the founder of Turn Gaming) and Saba Golshan (one of Turnt Gaming's partners), who went into detail about the company's origins, its role within the NFTs/blockchain gaming space, and more.

ONE37pm: So what led to the creation of Turnt Gaming?

Jeff Liboon: Turnt Gaming was formed as the intersection of three high-growth industries that we are deeply passionate about; Web3, gaming, and live entertainment. We know that all of these verticals have a huge opportunity to reach consumers in new and different ways.

Saba Golshan: Covid actually was instrumental in helping us think of how entertainment through Web3 can be redefined. As we sat around much like everyone else at the beginning of Covid several things were happening at once. First, live entertainment and sports were at a premium. That three-month period where any new live content was not being produced really showed the value of live experiences to the world.

Second, gaming proved to be an undeniable outlet for many people and showed its strength as the future of entertainment.  Lastly, real digital ownership started to take off and be cultivated through Web3 and NFTs. The idea of a world where your digital time, footprint, and assets have some type of transferable value, picked up significant momentum.

Jeff Liboon: Turnt Gaming ultimately centers on the premise that if you can combine all of these things (Web3, gaming, and live entertainment) into a product, it has the chance to be a really unique and fun experience.

ONE37pm: What was it that made the company dip its toes into the world of NFTs/blockchain gaming?

Liboon: For myself, coming from the traditional gaming world of EA and Amazon I know firsthand how much investment players put into games they are passionate about. While players do get hundreds of hours of entertainment, as a lifelong gamer I have always thought there has to be added value for players elsewhere.

Golshan: Then in late 2020 we saw web3 and NFT enabled games like Axie infinity and Zed Run really start gaining traction. We really wanted to execute our own vision on how to integrate and combine elements from traditional gaming and NFTs.

ONE37pm: Your most prominent project at the moment is Taunt Battleworld. How did the creation of that NFT/blockchain fighting game come together?

Liboon: The genesis of Taunt Battleworld’s story originally started when we launched several mobile esports programs at Amazon where we met. Our team produced mobile esports tournaments for the top game developers in the world that were aired on Twitch, CBS Sports, and even ESPN 2.

While we were helping pioneer this content, one thing became very apparent, content is king. Owning and controlling your own content opens up all types of revenue streams in gaming. This is really where our focus of combining live entertainment and gaming was created.

Golshan: Around the same time (2017) we were introduced to cryptocurrency. After spending years researching different protocols and use cases we came to the conclusion early on that defi, gaming, and NFTs had the most potential. The utility for these verticals made the most sense and more importantly had the ability to get mass adoption the fastest.

Liboon: As we did additional research on what type of game we wanted to create we chose a fighting game simulator because it’s easy to understand for both the player and viewer.  As a developer we are able to control so many different variables such as length of the fights, rules of the fight, boosts, weapons, etc…We can make the game as complex or simple as we would like.

For the viewer, it’s exciting to watch. In any type of fight generally speaking you know there is a beginning and an end. How the end is executed is the suspense and the exciting part. We capture all of that in Taunt Battleworld.

Golshan: Taunt Battleworld utilizes a new way to play called “engage-to-earn”. By combining watch-to-earn and predict-to-earn mechanics via patented interactive technology, players will be rewarded in real-time through each step of gameplay.

Play-to-Earn (Monetization): Players can own NFT fighters and enter their NFTs into simulated fights and the most skilled players have a higher chance of winning.

Watch-to-Earn (Use Acquisition): Viewers earn in-game currency for watching fight streams and being a part of the Taunt community.

Predict-to-Earn (Retention): Spectators can compete with other viewers to predict outcomes of the simulated fights and win in-game currency, for free.

With most quality Play-to-Earn NFTs costing hundreds to thousands of dollars, currently, there is a massive barrier to entry for a large portion of potential users. Turnt Gaming’s Engage-to-Earn Model will allow players to get involved at their own pace. No matter if you are a whale seeking a rare warrior or a new user to web3 with $0 there is an experience for you.

ONE37pm: What was your reaction to the game managing to raise $4.3 million from interested investors?

Initially, our team was not even quite set on doing a raise but after a few meetings with our key partners such as Polygon Studios, Gen Block Capital, and Shima Capital we knew utilizing their technical and marketing support was a massive value add. Our stakeholders, team, and community members all prioritize long-term growth and truly believe in our differentiating roadmap, partnerships, and of course rockstar team.

ONE37pm: What's Turnt Gaming's next move in regards to Taunt Battleworld after that successful funding round?

Golshan: We are planning to do an alpha launch of Taunt Battleworld in April/May. During this time we will absorb feedback while offering $100,000 in free tournaments for our NFT holders during this period which we call the "Blood Money Preseason."

Over the next three-four months, we are also working on building out the next version of the game. V2 is the full vision of Taunt Battleworld, including the engage to earn components coming online as well as incorporating some exciting integrations with partners like Esports Technologies (NASDAQ $EBET). This will be our main focus leading up to the summer. 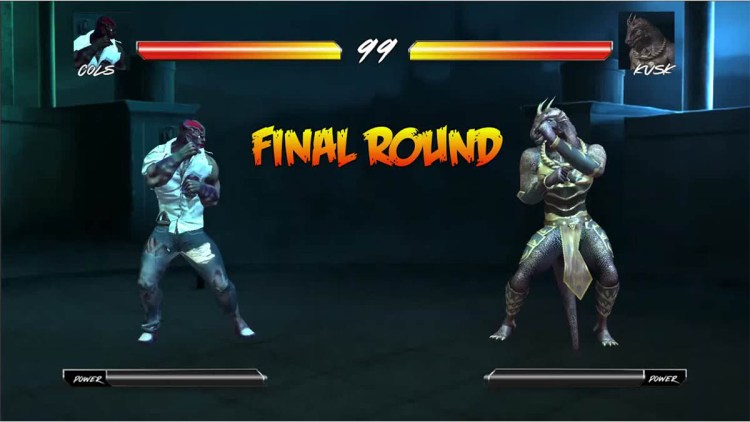 ONE37pm: What are some future projects Turnt Gaming hopes to bring to the forefront of interactive entertainment?

Liboon: In the future, we’re planning to introduce additional Engage to Earn experiences for our core NFT users that include the same key pillars: Combining NFTs with traditional gameplay and a live entertainment experience. We are chasing the holy grail of transferable assets and NFT utility in multiple games.

Although we’re starting as a traditional fighting game, that doesn’t always have to be the only use for our NFTs. The beauty of blockchain and NFTs in gaming spaces is that we’re not beholden to one type of game style with our fighters and our characters, we can expand that out.

As we’re thinking about what our world will look like in 2 or 3 years, we want to develop a full ecosystem that builds many different types of games with our characters.

ONE37pm: How do you envision the landscape of NFT/blockchain gaming in the next five years?

Golshan: I believe that the entire NFT/Blockchain gaming space is still in its infancy. With about a million active NFT wallets we think one of the biggest areas of growth in the sector will be gaming as it fills a huge gap that will be apparent in the next cycle, utility.

A huge key for growth will be mobile integration for web3. There are billions of gamers in the world playing a wide array of titles but the sector of drastic growth in the last few years has been mobile. Mobile games are fun, easy to play, but most importantly accessible. How successful this integration is, will dictate somewhat how fast this sector of gaming can grow.

Liboon: I believe successful NFT blockchain projects over the next few years will be experts at ensuring their platform is prioritizing their community’s feedback while onboarding users and continuously evolving their game. This will change how developers actually develop games. Similar to how games as a service development evolved because the world became connected 24/7,  a new way to develop games will emerge from Web3.