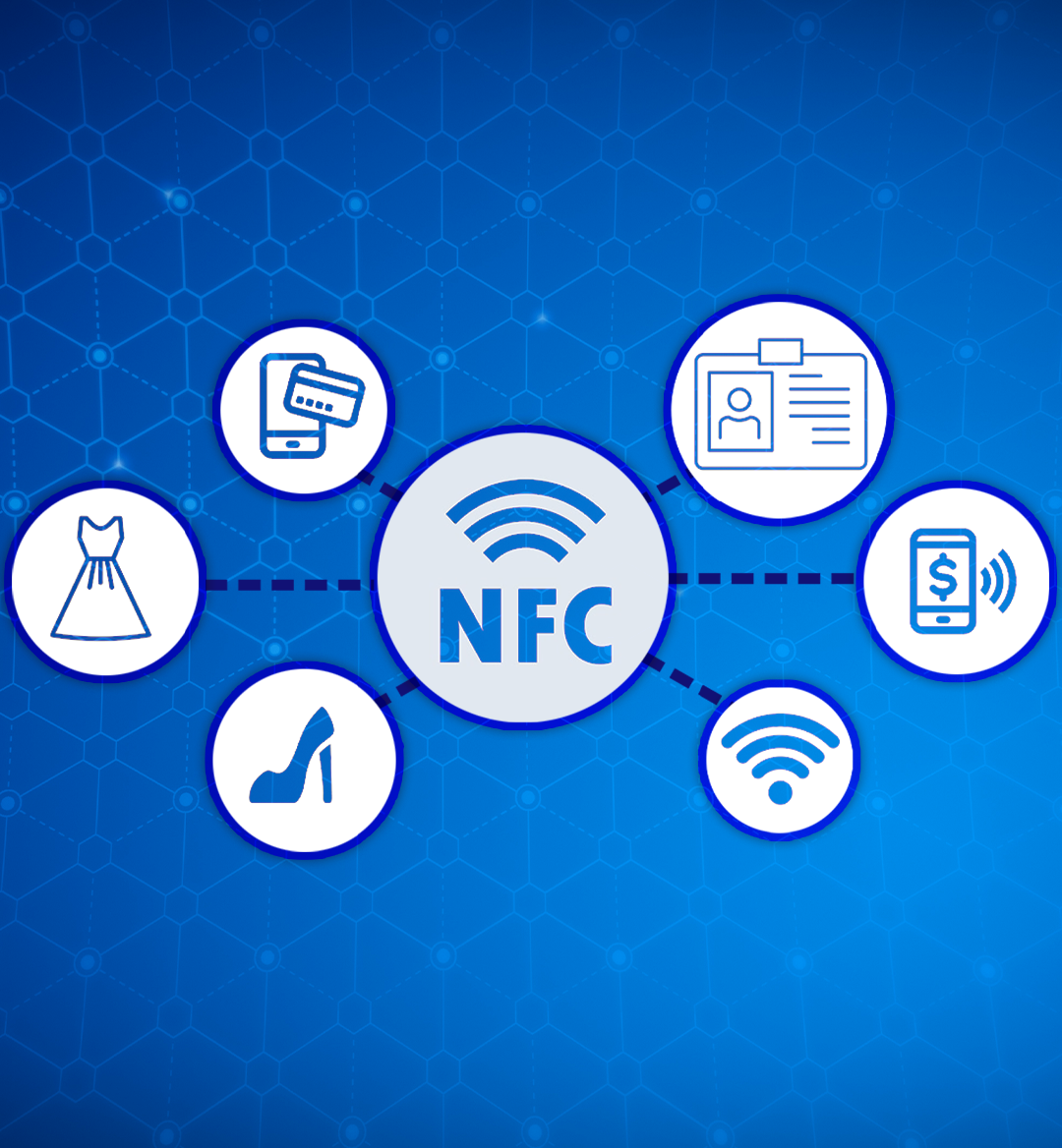 Amongst all the current fashion trends, phygital fashion is up on the list for some of the most innovative and mind-blowing.

Web3 fashion brands are combining NFC technology with Web3 to create authentic products that are verifiable via blockchain technology. They are leveraging the desire that influencers have to co-create with their community and foster a deeper connection.

There are several ways in which Web3 fashion brands are using NFC technology for the betterment of their products and relationships:

The emergence of Web3 has created what seems like a rare opportunity in society, where brands want to collaborate with other brands, and consumers want to support this mutually beneficial relationship.

What Is NFC Technology?

Near-field communication (NFC) allows two electronic devices to communicate over a short distance. It’s mainly used in smartphones, laptops, tablets, and other devices to share data within a close range. If you’ve ever used Apple or Google Pay as a contactless card, then you’ve used NFC.

By no means is NFC technology new. In fact, it’s been around since 1983. In 2002, Sony and NXP Semiconductors invented the new and improved version of NFC that was first put into a Nokia 6131 mobile phone in 2006.

Today, NFC is used in more than just mobile devices. It’s also utilized in clothing and other fashion accessories to prove authenticity and to communicate with our mobile devices.

For example, Gucci uses its own version of NFC technology in its products called Gucci Tags, which helps consumers identify counterfeit Gucci products.

Also, by placing your phone near a Gucci product, you can access a digital world that allows you to learn more about the item such as how it was made, care techniques, and personalized assistance from Gucci’s Client Advisors.

Undoubtedly, NFC technology has come a long way since its initial introduction into society. And now with the inception of Web3 and blockchain technology, NFC is being incorporated in new and innovative ways.

Let's take a look at how some Web3 fashion brands are delving into this unique moment in culture by combining NFC and Web3 tech.

Cult&Rain is a luxury fashion brand founded in 2021 that aims to place great emphasis on the evolving phygital world and its utilization of Web3.

George Yang, Cult&Rain’s founder, realized there was potential to mesh NFC with Web3 when he went to sell some of his sneakers from his coveted collection. Come to find out, some of his pieces from the collection were fakes.

Being that George knew all about sneakers, this came as a bit of a shock. That’s the moment he had the idea to implement NFC technology with blockchain tech to create a verifiable piece of fashion.

Video 🎦 recap of our debut IRL event, simultaneously blending physical and virtual realities in CULTR W🌐RLD, a first in #phygital #fashion & #web3. Our takeover of London 🇬🇧 is only the beginning, our story is unfolding, THANK YOU for being a part of the journey! #makecultrain pic.twitter.com/2ccSZQgh88

Endstate is another Web3-native brand that has run with the idea of combining NFTs with physical sneakers. Each pair of Endstate sneakers come with NFC chips embedded into each of the sneaker’s tongue, which points directly to the digital version that lives on the blockchain as an NFT.

Not only does this allow consumers to verify the authenticity of each shoe, but it also contains all the information regarding everything you’d want to know about the product you own.

Furthermore, it enables access to token-gated in-person and digital experiences for Endstate owners. By doing this, creating and owning a pair of sneakers is much greater than a basic brand-to-consumer (B2C) relationship.

Rather, the creator provides even more value to the consumers by adding a new element that supports community gatherings and events, that are only accessible to Endstate holders.

When @DeVontaSmith_6 wins, you win.

Shop the Honey Drip sneaker before it's gone: https://t.co/SeHdt4ZhTN pic.twitter.com/fg1nRWKtVa

By collaborating with various brands, athletes, musicians, and artists, Genuino has developed new ways to engage with consumers at the crossroads of Web3, sports, music, and fashion.

This cohesion of physical and digital works together to combat counterfeiting and strengthen B2C relationships while providing brands with the tools they need to enhance the quality of their products and services.

Arguably one of the most popular Web3 fashion brands, RTFKT has been combining IRL wearables with its digital counterparts since 2020.

Already, RTFKT has created 10 token-gated fashion collections that are only accessible to its Clone X Avatats collectors. This has allowed holders exclusive access to NFT wearables and physical items to match.

With that, many of RTFKT’s physical wearables utilize embedded NFC technology to allow holders to verify the authenticity of their products and flex their collectibles in both the digital and physical worlds.

Next Gen Fashion unlocked by your Avatar 🧬⚒️

Beyond being known as the superhero blockchain game and one of the first NFT mining platforms, ChainGuardians has begun to dabble in the fashion space.

With their limited-edition Meta Street Wear collection that was inspired by their superheroes, ChainGuardians was able to showcase their new line of “digital twin” clothing, in addition to its virtual immersion technology that allows you to wear the clothing in real life as well as on your avatar in the metaverse, at the 2022 New York Fashion Week.

In addition to the virtual immersion technology, holders of this limited-edition clothing have the pleasure of experiencing an assortment of utilities and experiences offered by each piece of clothing’s NFT, via NFC technology.

🦸 How many #ChainGuardians have you collected to defend the Cryptoverse?

Despite many Web3 fashion brands paving the way for new fashion trends, we have yet to see the NFC and blockchain technology duo garner mass adoption. However, it’s likely only a matter of time before everyone owns two versions of their designer clothing and accessories—both physical and digital.

Likewise, the apparent benefits of pairing NFT technology with designer and collectible wearables make too much sense to not implement on a mass scale. Only time will tell though.