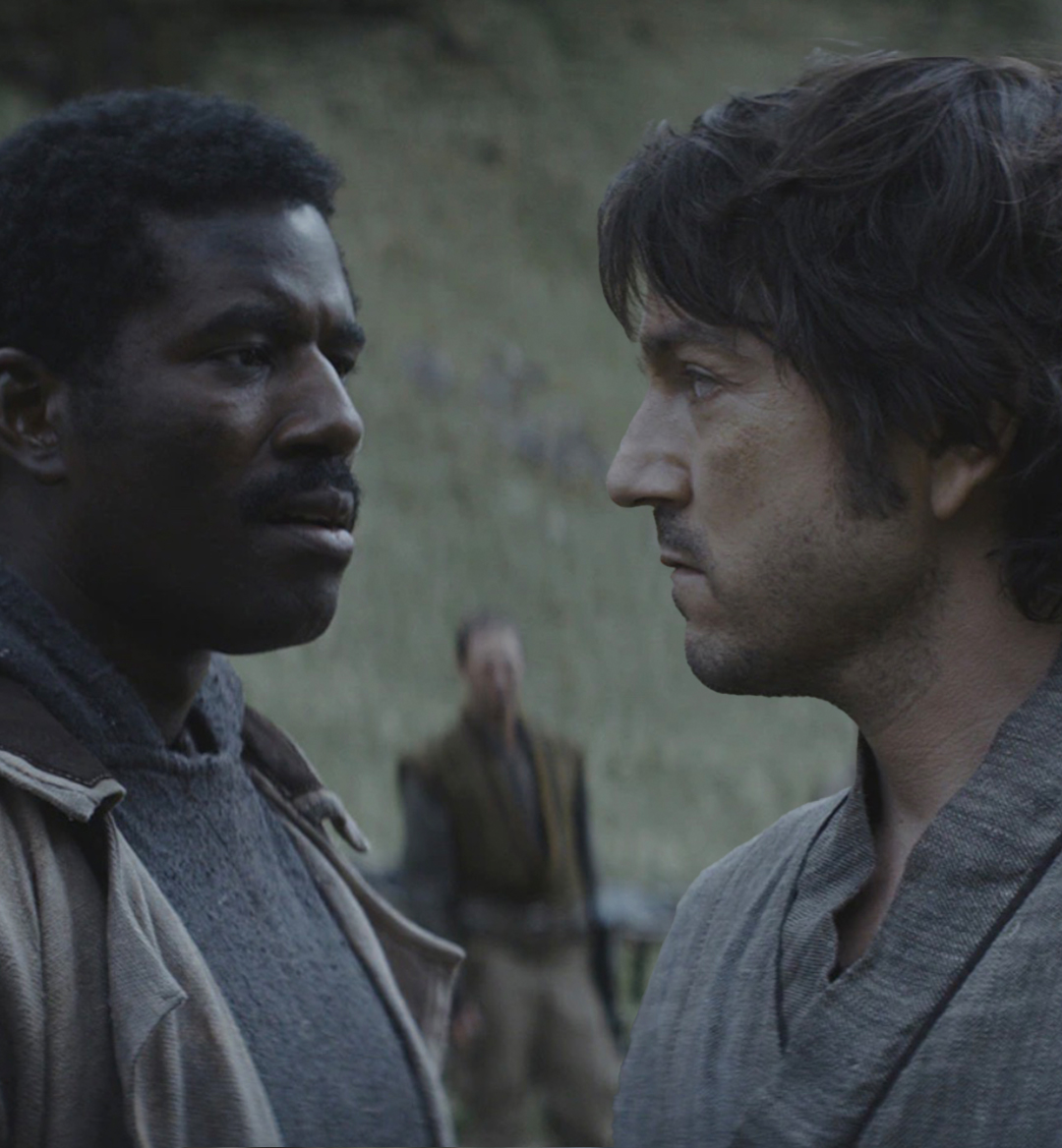 Now, this episode of Andor? Yeah, Episode 6 brought a major punch, showing us just how incredible the payoff can be once a show gets its sea (space) legs. And on top of that, we even got a free laser light show out of the deal.

After a long journey of traveling day and night to reach the outskirts of the Imperial base on Aldhani, it's finally time for our crew to make their move. Given that the celestial event, Mak-ani bray Dhani, is about to occur, the team has to get into their final formation in order for everything to go smoothly. With that, they split up, leaving Vel Sartha (Faye Marsay) and Cinta Kaz (Varada Sethu) to break into the base and jam the Imperial's communications.

For the first time ever in this episode, we get a glimpse of Vel being unsure of herself and the mission at hand. At multiple points throughout the episode, we watch as she stalls in giving out commands and check-ins over the radio in order to buy herself some more time to ponder the gravity of the situation she's currently in.

Cassian Andor (Diego Luna), Arvel Skeen (Ebon Moss-Bachrach), Karis Nemik (Alex Lawther), and Taramyn Barcona (Gershwyn Eustache Jnr) get all dolled up in their Imperial guard outfits and march off to the outside of the base, aiming to escort the Aldhani people up the mountain as they head to the temple to celebrate their meteor shower.

Lieutenant Gorn (Sule Rimi) gives his undercover crew the go-ahead to move forward once the Imperial communications have been scrambled, which means it's time to jump into action.

The crew of four finally reveal themselves as they break out the guns and leave Commandant Jayhold Beehaz's family as hostages under Cinta's control while they take the Commandant himself (Stanley Townsend) and force him to grant them access to where the Imperial payroll is being housed.

However, the other Imperial guards are able to hear the Rebels' secret radio transmissions, and once they get a whiff of that, a whole team comes running to where the credits are locked away. Seeing that their Commandant is in distress, they sense something major is off, which leads to a gunfight between the Imperials and the Rebels.

Though it's a tough standoff between the two sides, Andor hops into the pilot seat and the rest of the crew piles in just as the doors to the ship are closing.

Just when it seems like they're home free, the journey out of the base turns out to be a massive problem in and of itself, as three TIE fighters take off to trail the ship. And if that wasn't already bad enough, they also have to dodge some pretty massive (though beautifully mesmerizing) meteors while flying due to the celestial event.

Traveling at an insane speed, a few blocks of (extremely heavy) credits get knocked into Nemik, trapping and paralyzing him from the waist down. The other crew members quickly attempt to free him of the weight, but the damage has already been done and Nemik is currently clinging to his life.

Because the team is ultimately able to lose the TIE fighters and make their way above the meteors because of Nemik's directions, they decide to fly off to the nearest medical office to find him help.

After Andor originally fessed up to joining the crew simply for the money, it seemed that he and Skeen were finally (sort of) on the same page about things. The only issue is that Skeen appears to have taken things a bit too literally when coming up with his own secret side plan.

While waiting for Nemik's life-saving procedure to be completed outside of the medical office, Andor and Skeen get to talking and Skeen reveals his master plan of splitting the stolen credits by two instead of six. He asks Andor if he'd be willing to take off with him and the money instead of waiting around for the others as Andor's a pilot. Upon fleeing to a distant, remote planet, the two would split the enormous amount of credits and go their separate ways.

Taken aback by Skeen's offer and overall selfishness, Andor kills him with a quick shot.

Following this, Andor heads inside the medical office where Nemik has sadly just passed away. With his gun in hand, he informs Vel of Skeen's plan, though she doesn't believe him. Though Andor could technically just take off with all of the money himself, he informs Vel that he'd like to part with the original, previously agreed-upon credits he's owed and wants to get the HECK out of there.