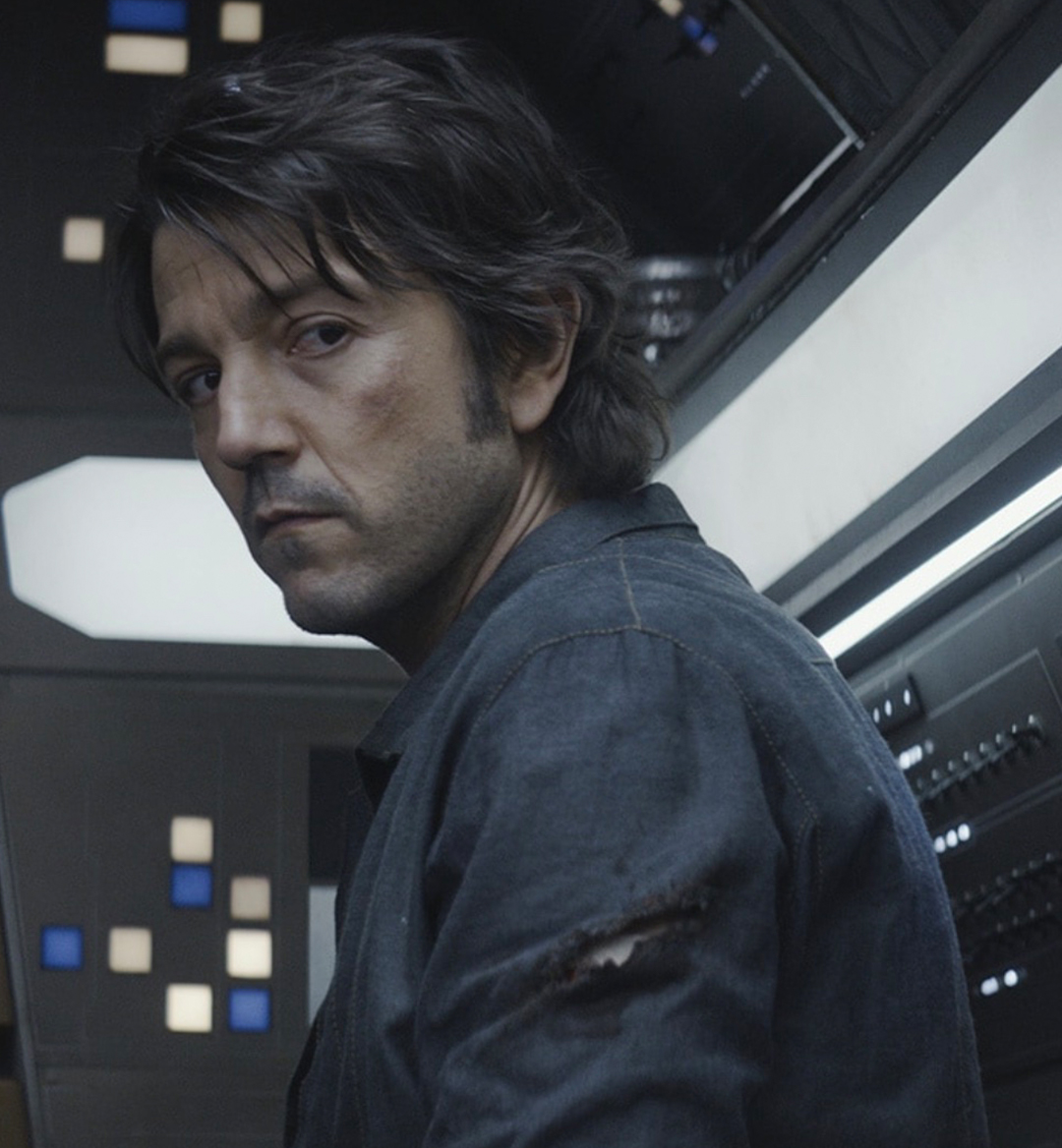 Listen, I don't want to say that nothing happened in this episode of Andor, but basically, nothing huge really happened.

In some ways, it's a nice departure from the more action-heavy scenes that we're used to in Star Wars; in that sense, it firmly establishes the series as a more in-depth look into each of these new characters and how they fit into their given group dynamics. Andor feels more rooted in reality than any other Star Wars film or show we've ever seen, and it's because of its emphasis on the importance of human emotion, which is extremely evident in this specific episode.

And to be fair, we've only seen five episodes out of a 12-episode-long series—we've still got a ways to go.

On Wednesdays We Wear...Earth Tones

Though Cassian Andor (Diego Luna) has had a bit more time to get to know his new crew on Aldhani, it doesn't seem to have had any effect on both their feelings towards him or his towards them. Most notably, Arvel Skeen (Ebon Moss-Bachrach) is especially hostile towards Andor, who in turn has his own guard up.

Many of the others have at least begun to accept Andor slightly more, with the leader, Vel Sartha (Faye Marsay), and fellow Rebel crew member Karis Nemik (Alex Lawther), being the most welcoming of the bunch.

In preparation for their upcoming mission, Taramyn Barcona (Gershwyn Eustache Jnr) has Andor and the others get in proper soldier-walking formation as a test to see just how well they'll be able to pass off as Imperial soldiers. However, when Andor points out that Skeen is left-handed and thus should be on the left side of their formation, he gets quite a bit of backlash from Barcona and Vel even though they know that he's right.

Even though Andor just stuck up for him, Skeen still has no loyalties to Andor, as later on, Skeen holds a knife to his neck and cuts off Andor's Kyber necklace. He uses this as a way to undermine him to the rest of the group and prove that the reason that Andor's on the team must be sketchy as he owns an extremely expensive piece of stone.

At this point, Andor comes clean to the entire crew: "I'm being paid—paid to be here. You need to know? That's it. Yeah, I'm here for the money. You can't live with that? I'm not worth it? I'll walk away and wish you luck. But that's it. I don't want to walk in looking over my shoulder."

While they're not all happy with the fact that Vel didn't let them in on Andor's history, it seems that they do somewhat respect him for being honest. However, a few of them try to back out of the mission as a result of this information, though Andor makes it clear that "there's a difference between fear and losing your nerve," and that he doesn't want to be blamed for them not going through with the operation.

In the end, it doesn't seem like any of them will actually be backing out, and likely, we'll finally see the mission carried out in the next episode. 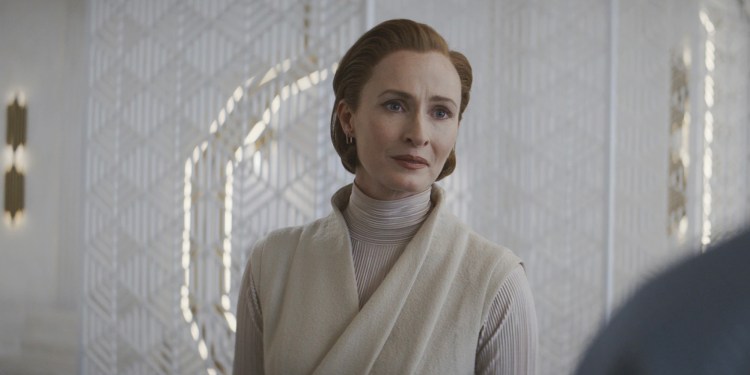 Not only is Mon Mothma facing opposition from the outside as many people oppose her politics in the Senate, but she's also being met with quite a bit of vitriol in her own home as a mother and wife.

We're introduced to her daughter, Leida (Bronte Carmichael), who walks into the dining room at breakfast and almost immediately goes off on her mother. She explains that her father will be taking her to school instead Mothma as it's "out of her way anyway" and that she's "only doing it to show off."

As her husband, Perrin Fertha (Alastair Mackenzie), decides not to side with her, it just makes it clearer in Mothma's head that she's alone in all of her battles—including those that take place at home. Finally, Mothma gets up from the table and leaves, ending things by looking at Fertha and saying, "I so appreciate the support."

We've truly yet to see a dysfunctional family depicted like this in Star Wars as it leans into the same sorts of daily issues that families face at the morning breakfast table in our current, modern-day world. After all, there's nothing quite like starting your day off with a knock-down blowout at breakfast.

Here, Have Some Soggy Cereal

In this episode, Syril Karn's (Kyle Soller) entire plot takes place over a soggy bowl of galactic, Trix-like cereal with a poor blue milk-to-cereal ratio. He sits across the table from his mother, Eedy Karn (Kathryn Hunter), as he's come back home for a brief period to reevaluate his life choices. She's being fairly harsh on him about, well, everything, from his sitting posture to his performance at work.

"You might as well wear a sign that says, 'I promise to disappoint you,'" she says in reference to his posture.

Then she really gets into the nitty-gritty, adding in how she'd have much rather gotten a visit from him when he was doing well at work as opposed to where he is now. As a bit of a refresher, Syril's mission to capture Andor was extremely unsuccessful, resulting in multiple deaths.

"I intuit you have no future prospects," Eedy says to her son. "Do you even have a single prospect before you?"

Though Syril currently doesn't have any prospects, he insists that he'll "find a way," which is what everyone says when they have zero ideas of what to do.

Eedy then decides to call up a mysterious Uncle Harlo for a family favor, and though we don't know much about this character as of right now, it seems that he's able to pull quite a bit of weight and could possibly take in Syril in his time of need.

While Syril doesn't seem to have as much faith as his mother does in this favor actually going through, it doesn't seem like he has much of a choice in the matter.