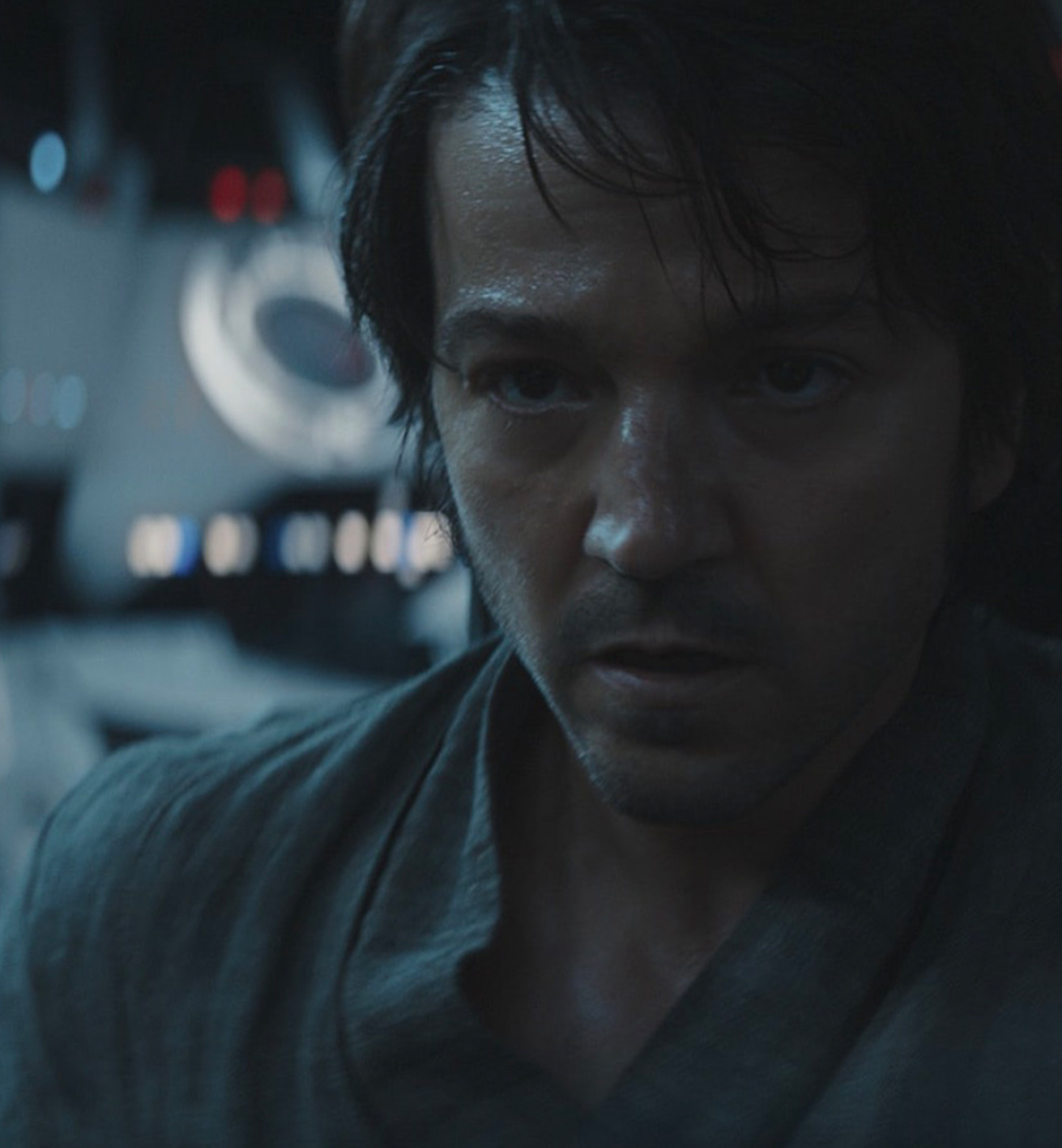 After spending almost three whole episodes both in preparation for and in carrying out the mission on Aldhani, poof! It's over, and it's done with, seemingly left in the rubble with half the crew that casually died in the mission.

While the majority of the public has heard about the mission at this point, it seems like most everyone has moved past the event as if it were a land speeder rolling over the usual space roadkill. Basically, the surviving crew has to move on with their lives and the rest of the public has simply accepted the heightened Imperial presence in their cities. However, in the few people who have had enough of the Empire, that little mission just might have ignited a spark strong enough to keep the momentum going.

And as Imperial Supervisor, Dedra Meero (Denise Gough), said about the mission's impact: it's not just a robbery—it's "an announcement."

A Rebel, a Robot, and a Stubborn Mother Walk Into a Bar

Cassian Andor (Diego Luna) finally returns home to Ferrix, where he promptly locates his mother, Maarva (Fiona Shaw), at their home with B2EMO. With a cheerful hop in his step, Andor informs Maarva that the three of them finally have enough money to blast the heck out of Ferrix and find a new place to call home, but in an act that immediately deflated his enthusiasm, Maarva decides that she isn't going anywhere.

With that rebel heart still pumping through her body, Maarva wants to face the Empire herself—not flee from them like Andor is planning to. She thinks back to her past, remembering a specific event that completely changed her life and feelings toward the Empire: the death and hanging of her husband, Clem Andor (Gary Beadle).

Though Andor thinks he can evade the Imperial forces by finding a new place to live, Maarva emphasizes that they're everywhere now, not just on Ferrix.

So, all by himself, Andor eventually takes off alone, heading to a tropical, beachside party hub planet named Niamos. Though one day, on a simple walk to pick up some groceries, he's questioned by a group of stormtroopers who assume that he's a fleeing Rebel, which quickly lands him in court. There, he faces charges of civil disruption, anti-Imperial speech, fleeing the scene of anti-Imperial activity, and attempted damage to Imperial property.

In what feels like an assembly line of people just like him being charged with seemingly petty crimes, Andor is given six years in prison for...basically nothing? Though there was really no evidence to suggest that he did anything wrong, the judge warns him that fighting the charges will only make things worse, as the Empire has practically taken over every facet of life at this point. 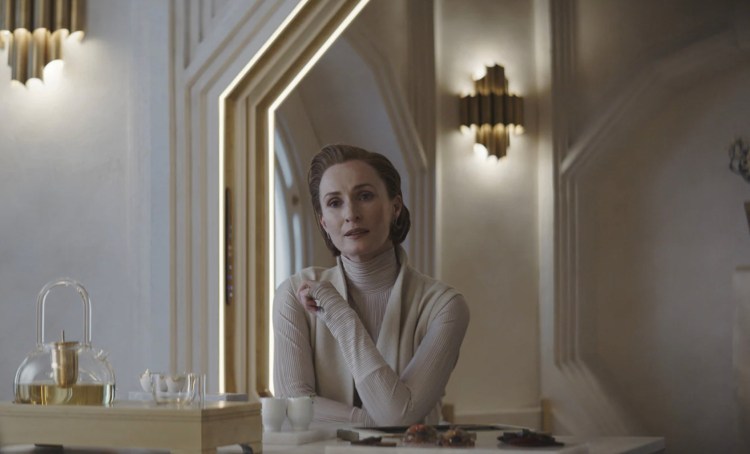 Mon Mothma (Genevieve O'Reilly) is hosting a lavish party at her home with her husband, though things still seem to be pretty tense between the two, as they purposely avoid each other and exchange unhappy glances from across the room.

Mothma runs into her old childhood friend and banker, Tay Kolma (Ben Miles), and being that some alcohol was involved, he reveals to her that he greatly disapproves of the Empire and what's currently going on in its sphere.

Though she's beyond excited to hear this news, she has to keep it cool as pro-Imperialists surround her at her party. Mothma's entire Senate career is just a façade for what she's really after: to start a Rebel Alliance and take down the Empire. But now equipped with the knowledge that she's not the only one who despises the Empire, Mothma might be able to make a bit more headway than she originally thought.

This Just In: Baggy Pants Are the Hot New Imperial Trend!

Though it's hard to believe that someone who appears so outwardly angry all the time could actually love her job (and the overly-baggy pants she's forced to wear as part of her uniform), Lieutenant Dedra Meero might be the one exception, because let me tell you, this woman loves her precious Empire.

Her feud with Blevin is still going strong, as he blatantly calls her out in the midst of an important meeting in front of their boss, Major Partagaz (Anton Lesser), hoping to charge her with a violation of Sector Protocols. This is all following the discovery that Meero overreached her boundaries by asking a low-level worker for a record of missing Imperial equipment (just like the Starpath unit that Andor previously stole).

In a surprise ruling, Major Partagaz sides with Meero as she anticipated what needed to be done and made a sound decision for the Empire's safety.

Elsewhere, Syril Karn (Kyle Soller) is finally out of his mother's house and has found himself in a new, very boring job with the Empire. Honestly, nothing else really happens with his storyline in this episode, and I'm confused as to why we're still following him around when there's nothing interesting going on.

With Andor about to be thrown into prison, the next episode will likely focus on that aspect of the series and how he'll either break out or be broken out of jail.