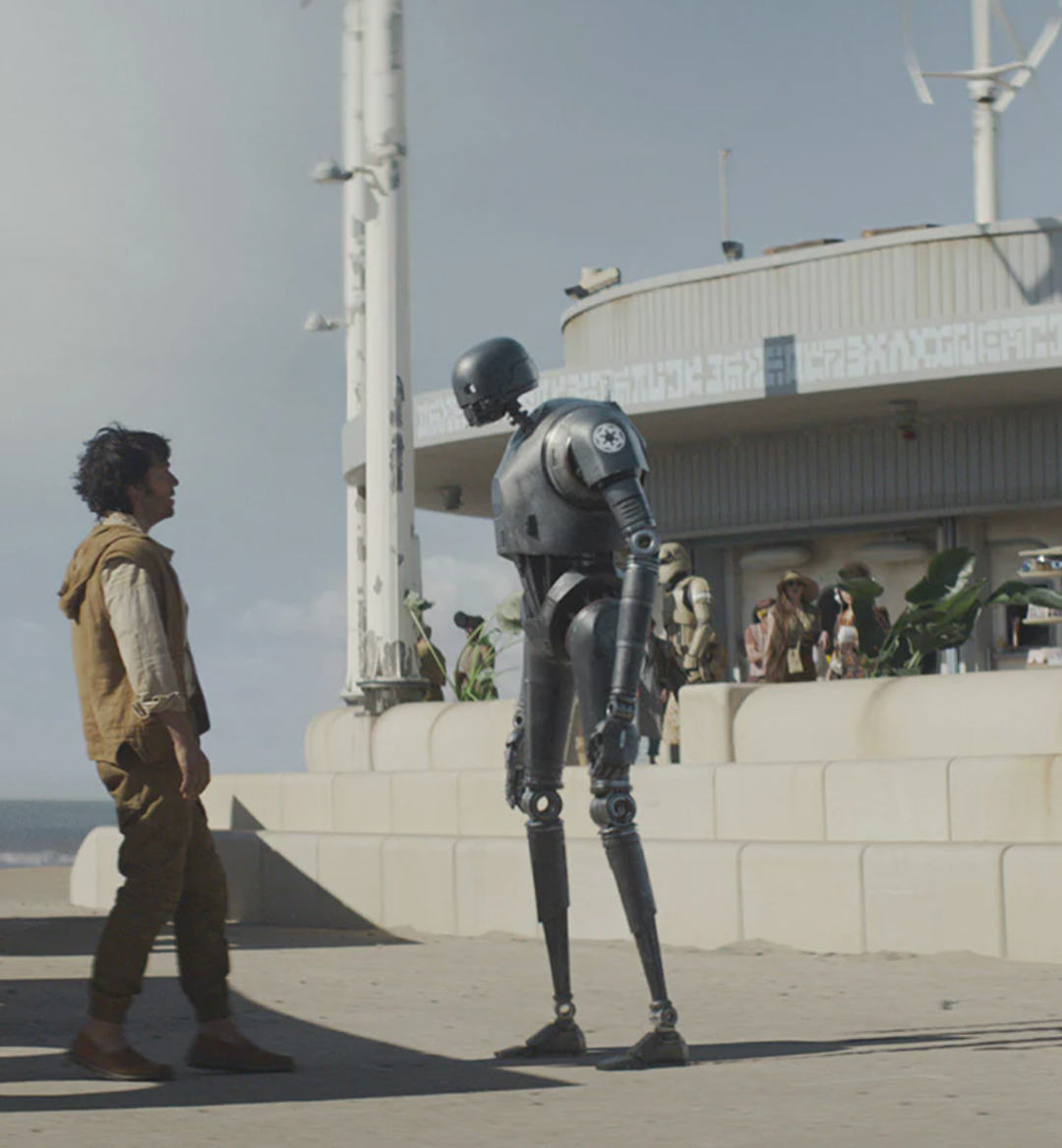 With Cassian Andor en route to some sort of horrific Imperial prison after being charged with appearing to be associated with the Rebellion, he really doesn't know what he's getting into. Having been able to fly under the radar and dodge consequences in the past, he's in for a bit of surprise when he realizes just what his six-year imprisonment will entail.

They Have Sneakers in Space?

Following Andor's sentencing, he's immediately led around like some sort of lost horse through the depths of the Empire prison system, which ultimately spits him out onto a ship that brings him and a few others to a base named Narkina 5.

Upon landing, the group is met by some Imperial higher-ups donning massive, colorful sneakers reminiscent of Reebok pumps. Instead of regular incarceration, the group will be performing various tasks for the Empire, which, if done efficiently, won't result in them being mass-electrocuted. Though upon receiving that information, the group is electrocuted via some sort of implanted chip as a glimpse of what's to come, which sends the group seizing onto the ground.

Andor is then brought into some sort of basement holding area where he's met by his new boss, Kino Loy (Andy Serkis), as well as the entire group on Floor 5 that he'll be working with. After being assigned to Table 5, Andor just stares blankly at the complicated-looking tasks that he'll be getting into, which resembles a classic assembly line.

After their shift, the groups head to their respective cells, and though there are no doors on each cell, the floor outside basically becomes an electric death trap overnight. In essence, one step out of that cell and you're dead, which is why Loy advises against sleepwalking.

Though Andor slowly gets into the groove of things (improving his working speed, getting used to the food, etc.) and starts to feel a little bit more comfortable, there are always days when he's reminded me of how dire the situation he's in actually is. You know, like when one inmate decides to end it all by stepping onto the main floor outside of their cells simply because he can't take it any longer.

With no end to his term in sight as prison sentences are currently being doubled and tripled, at some point, Andor's got to figure out how to get out of this hellscape. After all, one of his prison mates did warn him never to look at the amount of time he has left in his imprisonment.

"Double, triple—it doesn't matter," his prison mate says. "You're here 'til they don't want you. Understand?"

The Empire Is Angry

Basically, Dedra Meero's (Denise Gough) facial expression is always indicative of what state the Empire is currently in, and given that her expression is usually that of grave anger and annoyance, it's safe to say that the Empire isn't too pleased with how things are playing out right now.

Because of that, they've decided to crank things up a notch, which means doubling everyone's prison sentence, including Andor's.

Meero is still hot on the trail for the person who stole the Imperial Starpath unit, and though she won't admit that she's obsessed with the case, her summoning of Syril Karn (Kyle Soller) says differently.

Though she berates and questions him for his obsession with locating Andor as he has submitted multiple requests about the investigation, Meero seems to be secretly gathering up all this data for her own gain in the long run.

After a long-winded conversation with Karn, Meero eventually heads off to Ferrix to question other local residents with knowledge of Andor, basically kidnapping the townspeople from their own homes without a warrant.

Finally, Meero gets to one of Andor's closest friends, a woman whom we haven't heard from in quite a bit of time: Bix Caleen (Adria Arjona). However, the episode ends before we're able to hear their conversation. 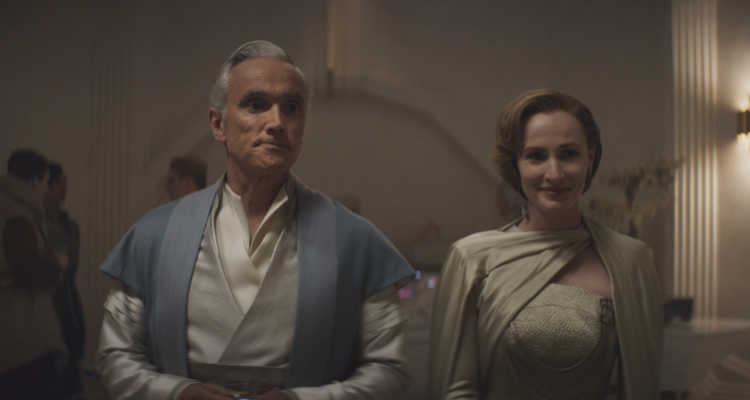 If we're being honest, Mon Mothma's (Genevieve O'Reilly) main arc for this entire series has just been her throwing lavish parties at her home and exchanging angry looks at her husband. Okay, okay, maybe she's also secretly plotting the Rebellion, but it's all under the guise of being a serial party planner.

The Real Housewives of Coruscant, anyone?

Anyway, her old buddy, Tay Kolma (Ben Miles), is back for this bash, which her husband doesn't seem too pleased about. She lets him in on the secret that she has 400,000 credits just sitting around from the mission, but before they can talk about it further, her husband butts in once again and cuts them off.

We finally get to see a bit more of what our old buddy, Luthen Rael (Stellan Skarsgård), has been up to while Andor was away on his mission, which, outwardly, has consisted of fake-selling historical artifacts to Mothma. Internally, though, Rael has been attempting to figure out what his next move is with the Rebellion, and as he can't seem to locate Andor, he reaches out to a familiar face from Rogue One: Saw Gerrera (Forest Whittaker).

Rael meets up with Gerrera and gives him a mission: to meet Anto Kreegyr, a man who has been "probing the Imperial power station at Spellhaus," which ultimately resulted in him finding a weakness in their defenses. Given this, he wants Gerrera to work alongside Kreegyr and make more headway in that Rebel cause.

As Gerrera isn't too happy about the arrangement, he turns Luthen down, even with the reward of some pretty helpful spare parts on the line. Despite that, I'm betting that Gerrera will have a change of heart down the line.