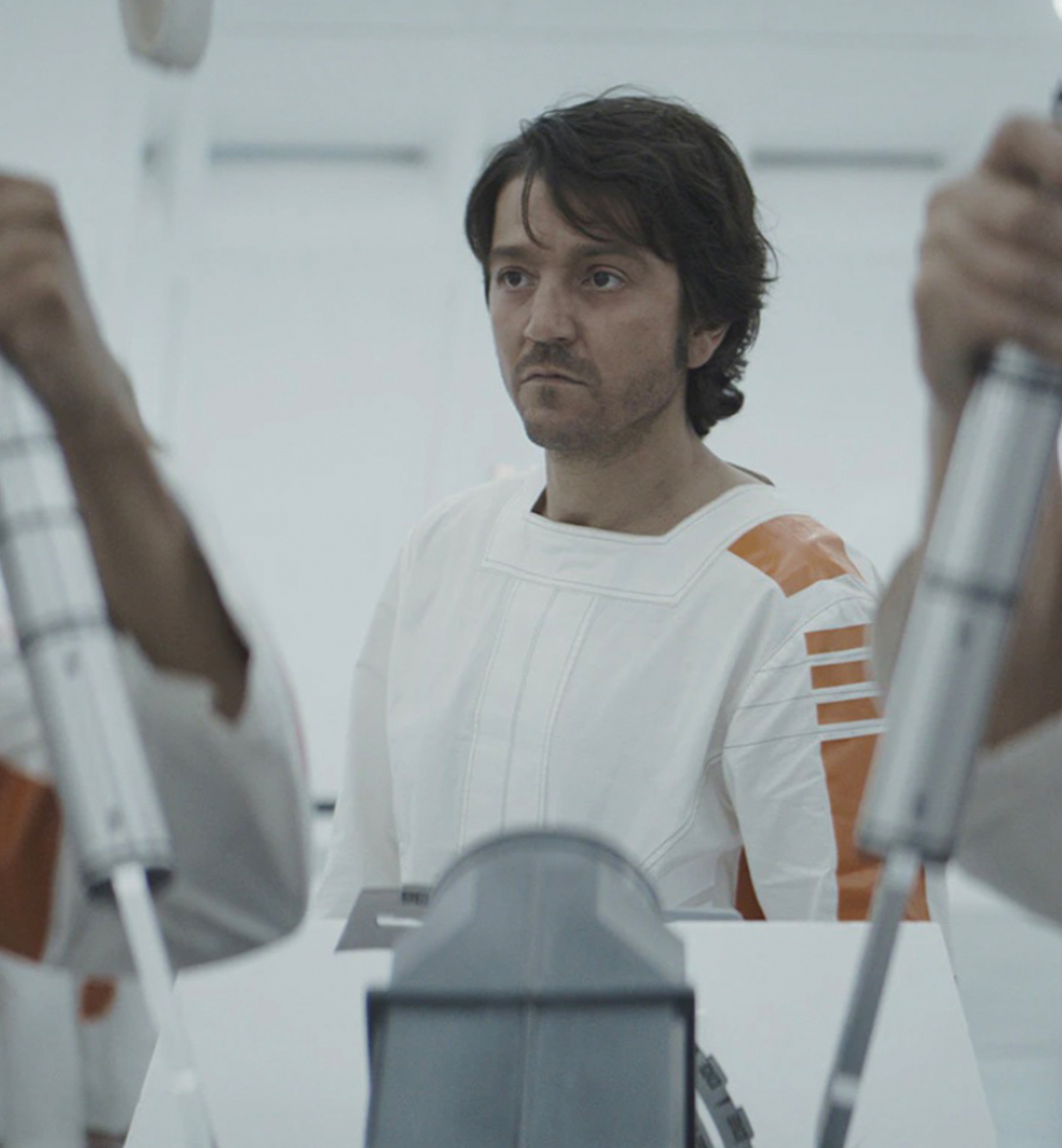 Another episode means another day in prison for Cassian Andor (Diego Luna), who's still being held at the Imperial facility where he's forced to work for basically an indefinite period of time against his will. With the Empire changing inmates' sentences with no real rhyme or reason, Andor's starting to become a bit more fearful as the days go on.

While outwardly, it might not appear as though any cracks are forming at the prison, if you look close enough, they're just barely starting to appear. Even the smallest of cracks eventually give way to something much larger, and in this case, it looks like there might be a good 'ole prison uprising in Andor's future.

Where’s My Get Out of Jail Free Card? 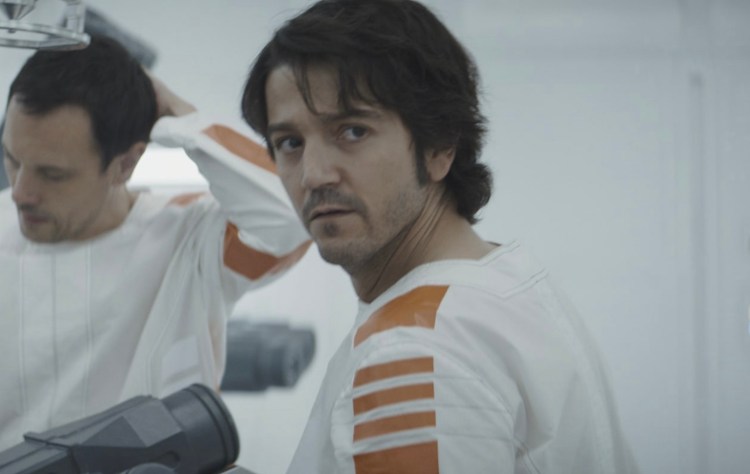 Having cemented his spot within the group of men he's working with at the prison, Andor has also been picking up the slack of one of the older members of the squad, who's been having a tough time physically. Upon noticing his struggles, Kino Loy (Andy Serkis) shortens his prison sentence, giving him just a few more shifts until he's released. This proves true exactly what was said in the last episode about the Empire holding you hostage until they don't need you any longer.

Unfortunately for the older man, those last shifts ended up doing him in, as he eventually suffered a stroke and passed away, leaving their team down a man, though more knowledgeable about the Empire in the process.

As Andor and Loy sat in as the medic—without much thought at all—injected the older man with something to put him out of his misery, the two saw up-close just how ruthless the Empire is and how they view everyone as easily replaceable machines.

On top of that, there was some other chatter going around the prison, namely that all of the inmates from unit two-five—which is around 100 men—were fried by the floor, apparently as a result of them "making trouble."

Between these two events, it finally became obvious to Loy that something really wasn't right at the prison, and though Andor had badgered him repeatedly to reveal the number of guards on each level to no avail, this time, Loy had a change of heart. 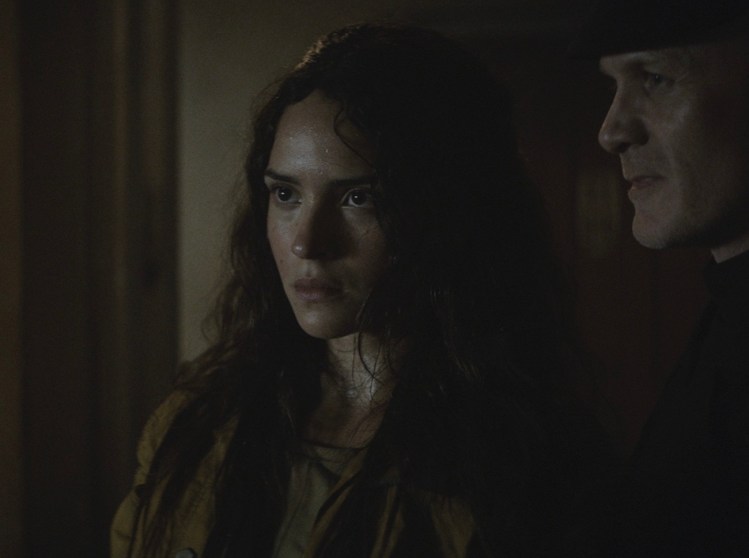 Dedra Meero is a woman on a mission, and she won't seem to give up until every stone is left unturned—or until every person with a functioning brain is absolutely fried via torture.

Listen, it was always fairly obvious that Meero was a tough cookie, but it wasn't until this episode that we really got to see her absolute devotion to the Empire, though even more so, her devotion to being right.

Our girl, Bix Caleen (Adria Arjona), really has her feet held to the fire in this instance, as she's being forced to choose between protecting Andor and being practically tortured to death. Meero doesn't give her much time to dilly-dally as a massive metal helmet is promptly strapped to Caleen's head. And with that, the process ensued.

After being tortured within an inch of her and finally giving Meero the information she needed, the Empire simply threw Caleen onto a nearby mattress and locked her away to suffer alone. 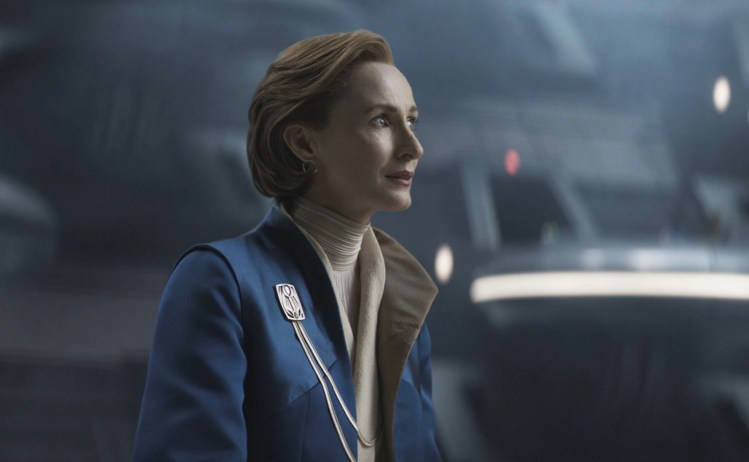 Mon Mothma has been battling opposition from practically all sides of her life, and as she continues to be talked over during yet another Senate speech, it's more obvious than ever that others don't share the same feelings as her.

At home, her daughter, Leida (Bronte Carmichael), is favoring her father once again, though this time it's in reference to a new dress she recently received and whether or not her parents will approve of it.

"Your father may have an opinion—we'll see if he lets you wear it," Mothma says.

"He lets me do anything I want," Leida says coldly, alluding to the fact that Mothma sucks the fun out of everything.

It turns out, though, that the dress was actually hand-delivered by Vel Sartha (Faye Marsay), who happens to be Mothma's cousin. The two chat for a bit, though they quickly get to the real meat and potatoes and start diving into some details about the formation of the Rebel Alliance. However, Sartha fails to mention her involvement in the Aldhani mission, which shows that there isn't total transparency between the two.

Mothma then asks Vel to stay out of the limelight for a bit and to stick to herself, as she's both worried for her cousin's safety and concerned if all of their efforts are worth it.

"We're fighting against the dark," Vel says. "We're making something of our lives."